Our 1995 Nissan 240SX trim comparison will help you decide.

While the all-new ’95 Nissan 240SX still has been designed as a sports-oriented automobile, with performance to match, Nissan is placing a little less emphasis on the racer characteristics of the coupe and is adopting a more generalized middle-of-the-road stance.

With the increase of women buyers gravitating toward sport coupes, Nissan is downplaying raw horsepower and is doting more on styling, comfort and convenience as integral partners to the speed aspect of the car.

“I’d say about 75 percent of our (240SX) sales are to single, better-educated women,” said Jeff Drake, executive manager of Collins Nissan. “They like the styling, and it fits their needs better. It’s not too big.”

As the latest edition of a long line of sport coupes which date back to the original 240Z in 1969, the ’95 240SX retains the front engine, rear-wheel-drive configurations of its predecessors. It’s a layout that goes back almost to the beginning of the automobile, and one which delivers confidence in the handling of the car.

Not a bad idea in view of the fact you’re playing with 155 horsepower and a bit more than 2,700 pounds of weight. While the overall theme may be gentler and kinder, this car still will go. Top speed is rated at around 130 miles per hour.

For the pedal-to-the-metal types, the SX’s dual overhead cam engine sports 2.4-liters (146-cubic inches) and four valves per cylinder. This is a fairly good sized four-cylinder motor that has been upgraded for improved low- and mid-range torque.

The styling features a balanced shape of flowing lines with a broad stance. The wheels have been extended outward towards the four corners to create a strong and stable platform. The body is wider and features a longer wheelbase than the previous model.

The rounded exterior lines are carried into the interior of the coupe, with a cockpit-like front seating area being enhanced by a wraparound instrument panel designed for ease of use. And here Nissan designers made one of their better moves.

In the upstream 240SX SE model, the gauges have black numerals on a white background, an arrangement that is far easier to read under all driving conditions than the other way around.

Other cabin upgrades for both standard and SE coupes include front seats that have been completely redesigned for better comfort and support. In addition, the rear seat is a one-piece fold down type that allows long items to be passed through from the trunk.

The 240SX is classified as a four-seater. And yes, there are two individual rear seats joined by a center bolster. However, as with all short wheelbase sports coupes, rear legroom is restricted.

In order to assure good ride characteristics, three-tiered design parameters of increased torsional rigidity, increased bending rigidity, and four-wheel independent suspension have been incorporated into the car. The suspension is of particular importance in that it depa rts from the more common design of a live rear axle with its solid axle housing.

The suspension also has been modified to give the new 240SX a softer ride that its predecessor, but not at the expense of foregoing traditional sports car control.

Nissan recognized that the greatest strength of its original 240Z coupe was its driveability. But the company also noted that market demographics indicated that the age bracket of buyers of these vehicles was moving upward.

As a consequence, design parameters put more emphasis on ease of operation and safety. The quest for reduced noise and vibration was pursued with technology that previously had been reserved for the Nissan 300ZX and the Infiniti Q45.

Fit and f inish has been greatly improved through advanced manufacturing techniques. And the new exterior design also offers better driver visibility. The reinforced C- pillars and front roof pillars are thinner than those of the coupe’s predecessor, allowing for more of an unrestricted view.

In Nissan’s marketing strategy, the SX is a personalized vehicle that is positioned between the company’s Altima and Maxima. It also is not a particularly inexpensive one, with the base on a standard coupe running a tick under $17,000.

In SE form, there is a considerable upward jump in pricing to a base of $20,679. However, that doesn’t seem to discourage buyers.

“The SE sells the best,” Drake said. “It has more standard equipment. It has a better interior. It just offers more all the way around, and that’s what they (the buyers) want.”

December 24, 2019
By RoanokeGuy from Roanoke, Va
Owns this car

This car is great if you do not have to put adults in the back seat. It will make you want to take the long way home every time. I look for excuses to travel twisted mountain roads.

October 21, 2018
By AJGhostman from Tampa, FL
Test drove this car

The Nissan 240sx excels at its inability to impress. Though fun to drive, it is not very sporty and there is nothing particularly great about the handling to mention. With its 155 horsepower at the crank, it lacks the power to pass most modern family sedans on the highway. The interior is spacious enough for a 6 foot frame and the trunk offers adequate storage space. Aesthetically pleasing and come in a few different trim levels which offer different cosmetics, some of which make it look much sportier than it truly is. Underpowered and unimpressive as it is, i still very much enjoyed driving it and would own one if i could find one that had not been modified. Watch out for rust with these cars as well as for previous owners who abuse them in attempts to imitate the Fast and the Furious cast.

I have owned this car for 17 years and it still runs great! Low maintainance. I have had to replace the AC and a hose but in general you just find a good mechanic and trust him. I am lucky that I have lived in 3 different areas and have found great independent mechanics. They all have told me that they want to be first in line to buy it if I ever sell. I plan on driving it till it stops running! I love my car!!

All model years for the Nissan 240SX 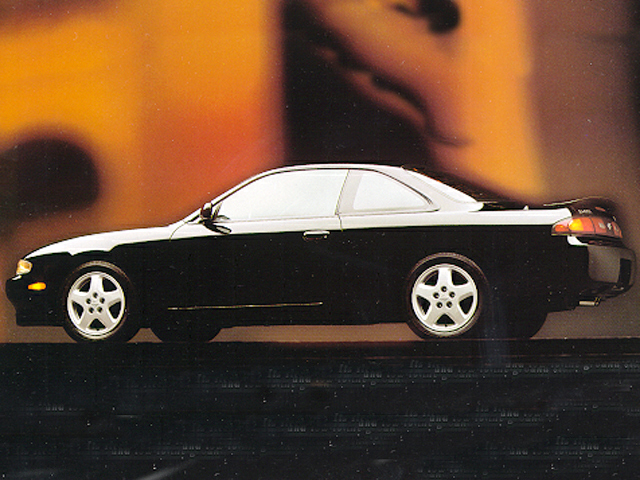