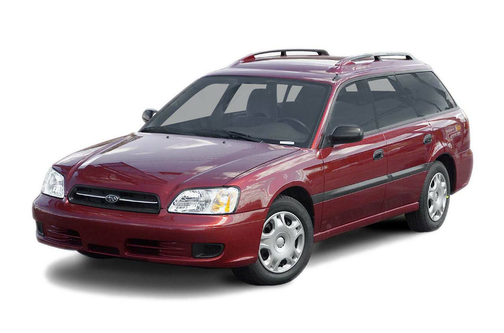 Our 2004 Subaru Legacy trim comparison will help you decide.

Vehicle Overview
A new 2.5 GT model in Subarus larger Legacy series consolidated the previous GT and GT Limited for the 2003 model year. A new Sportshift feature for the automatic transmission allowed manual gear selection. A Special Edition package for the L sedan and wagon added some equipment from the 2.5 GT, including a power moonroof and 16-inch alloy wheels. All Legacy models earned a freshened appearance by receiving a new grille and front bumper/fascia.

The Legacy gets only minor enhancements for the 2004 model year. The main difference is a name change: the Legacy L Special Edition will now be called the Legacy L 35th Anniversary Edition.

Equipped with full-time all-wheel drive, the Legacy and its Outback sibling were last redesigned for 2000 and rank as Subarus most popular series. Most Legacy sales come from purchases of the wagon body styles  and notably from the SUV-like Outback. The Legacy and Outback are Subarus only domestically built models.

Exterior
Legacy sedans ride a 104.3-inch wheelbase and measure 184.4 inches long overall, versus a 187.4-inch length for wagons. The Legacy sedan is 55.7 inches tall, compared to a 58.3-inch height for an Outback sedan, which has significantly greater ground clearance. The front fascia on the 2.5 GT integrates standard projector-beam fog lights. A sport-tuned suspension goes on the 2.5 GT, and five-spoke alloy wheels hold 16-inch tires.

Interior
Seating for five people in the Legacy is possible with its front buckets and three-place rear bench seat. All three rear positions have three-point seat belts. The Legacys rear seatback does not fold for additional cargo space, but there is a small pass-thru section into the trunk. Trunk capacity totals 12.4 cubic feet.

Legacy Wagon
Other than the substitution of the wagon body at the rear, the Legacy wagon is nearly identical to the sedan models in the lineup. The wagons cargo volume is 34.3 cubic feet with the backseat up and 68.6 cubic feet with the seat folded down. Wagon versions may be equipped with a dual sunroof.

Driving Impressions
With its all-wheel-drive lineup, Subaru occupies a unique niche in the compact-car market. The Legacy promises sufficient interior space for a small family, and it is a competent sedan that offers more than just all-season traction. Four-cylinder performance is sufficiently strong, and a smooth-operating automatic transmission is another plus. The Legacy is stable on the highway and easy to drive.

The car is great, smooth, and reliable. I live in the northeast so subaru?s are awesome cars in the winter and as a daily driver. Nothing better than a car that?s comfortable, reliable, and has performance. By no means at the level of a Mercedes or BMW, but not too shabby.

July 22, 2018
By DavidR from Pardeeville
Owns this car

The 2004 Subaru Legacy 2.5 GT (Gen 3) is a sensibly sized, well-designed, good handling and good performing all wheel drive sedan. I previously owned a 1996 Legacy 2.5 GT (Gen 2) that seemed a bit more agile, edgy and sporty than the 2004 version. Although the 2004 has more horsepower and torque, the 1996 had the twin overhead cam engine with a 6500rpm redline (vs 6200rpm) which made for better sounds higher in the rev range than the single overhead cam heads on the 2004. Overall, the 2004 feels more refined, structurally sound, roomier and quieter. The heated leather seats, side air-bags, in-dash CD-changer, 6 speakers plus rear shelf subwoofer, moonroof and SportShift auto trans is a step up in entertainment, luxury and safety from the cloth seats, 4 speakers and cassette deck in the earlier model. This car has 175,000 miles and still feels tight. But that is to be expected with a Subaru, considering my 2003 Baja has 415,000 miles and still looks great and is running strong, especially considering it has weathered through 15 sloppy, salty, beat up road Wisconsin winters. I'm hoping to sample a Gen 4 Legacy Outback 3.0 R someday as that has higher ground clearance for winter snowstorms and the more powerful flat-6 engine for enhanced driving excitement.

Bought it new. 14 years of faithful service should say it all. Here in upstate NY boonies, it loves snow like my Huskies. Just bought 4 new snow tires, so plan on keeping it. I take care of it and it reciprocates nicely. Since I start work at 6am, it's a toss-up whether Subaru or the xxxxxxhit the Highway first. 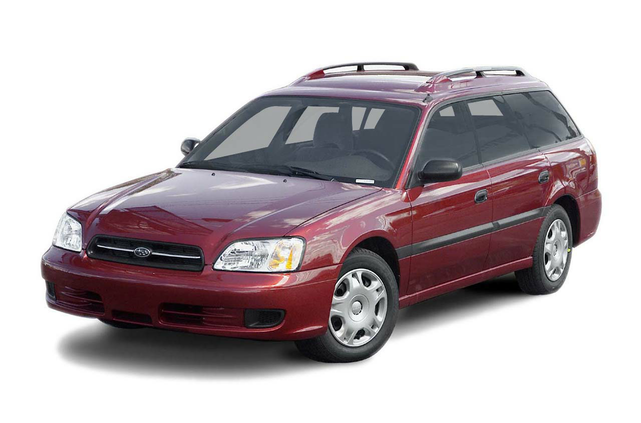 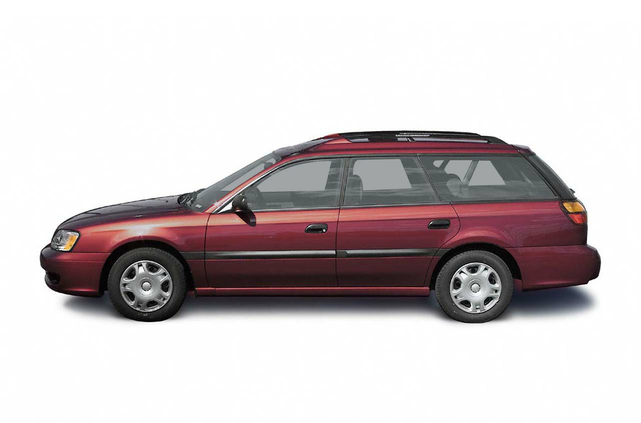 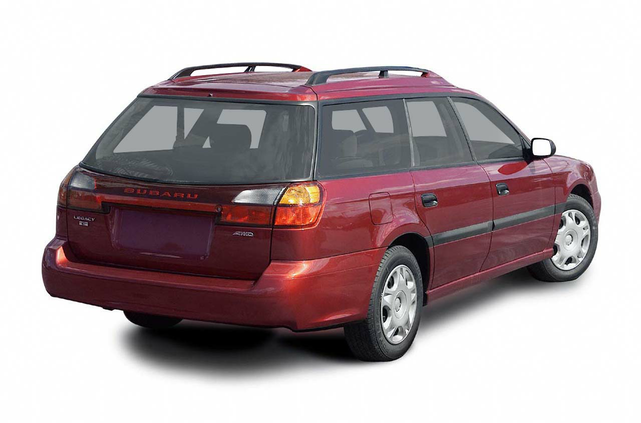 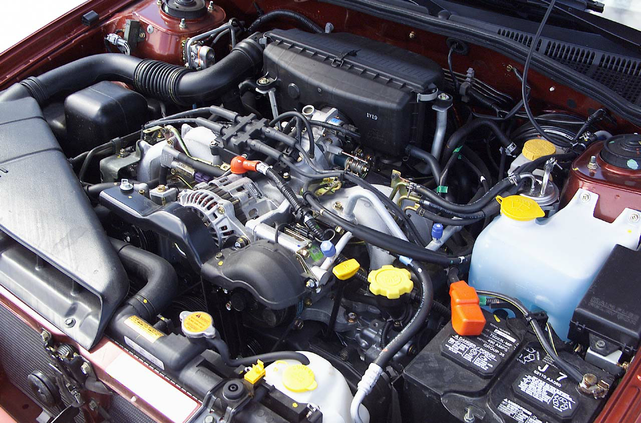 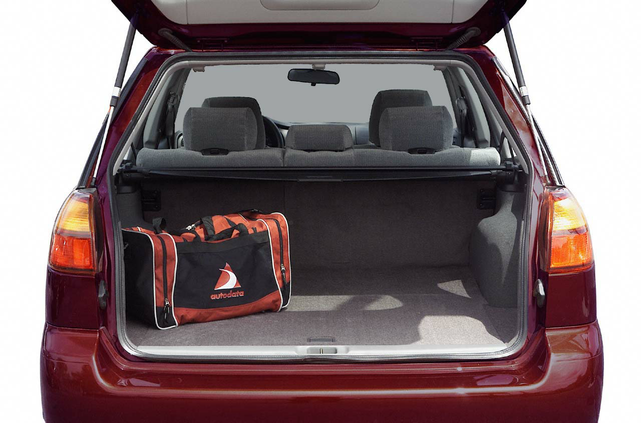 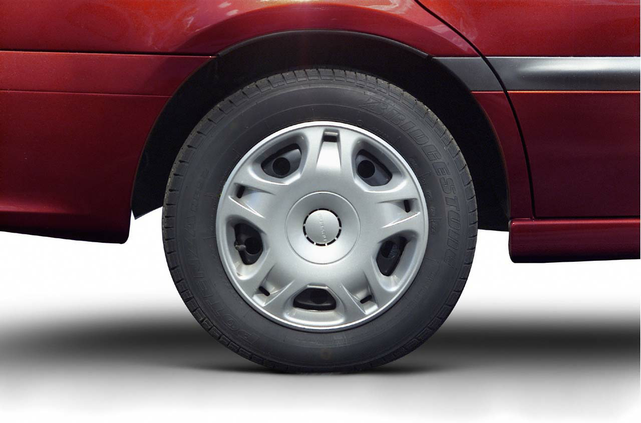 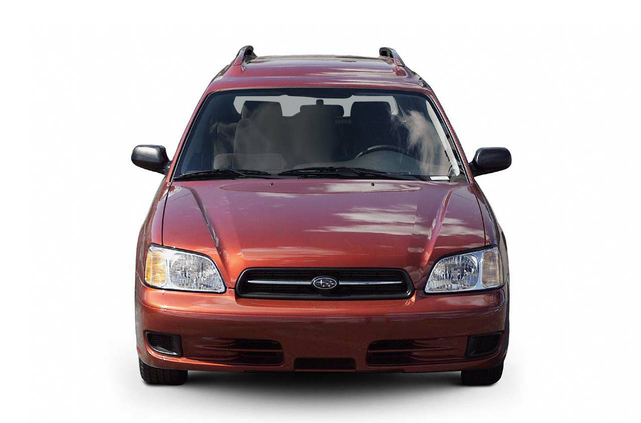 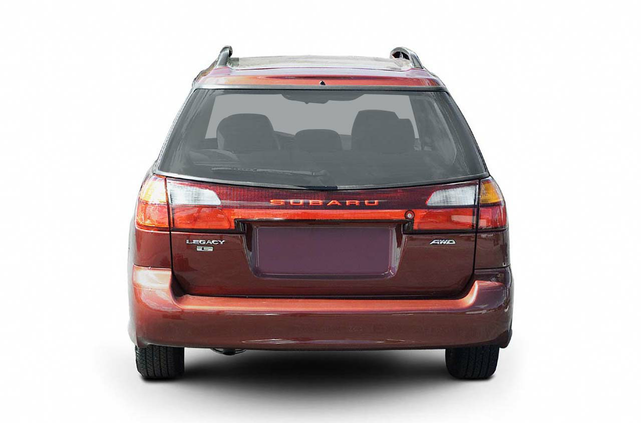 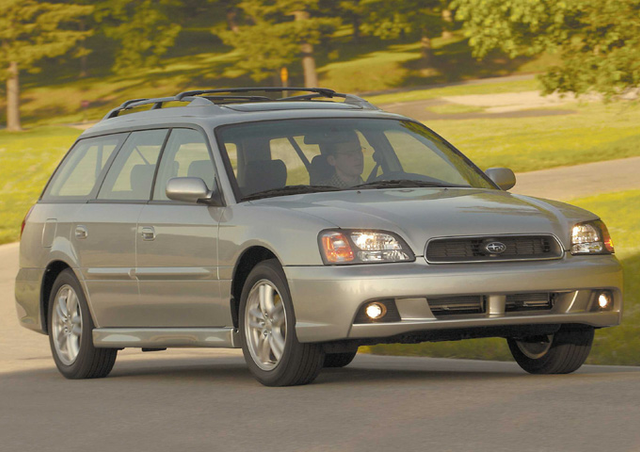 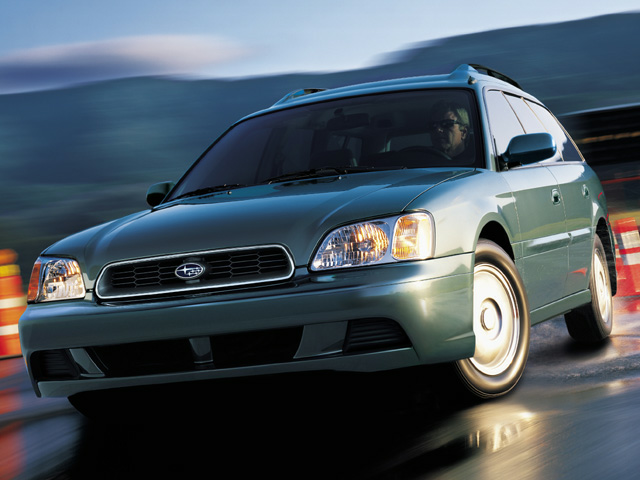 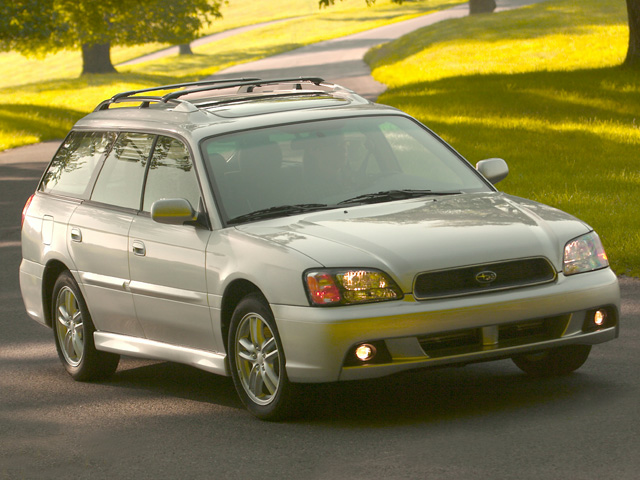 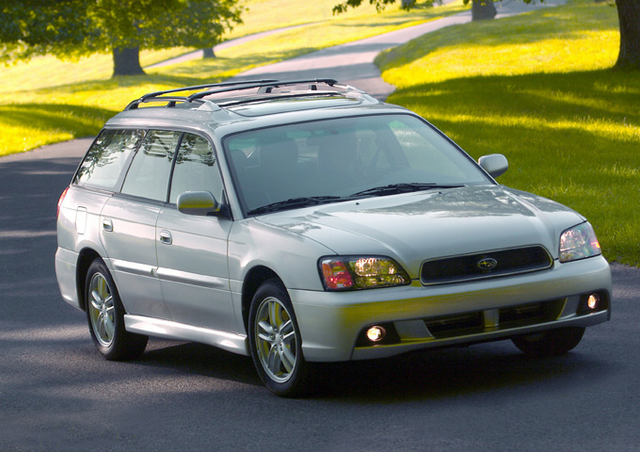 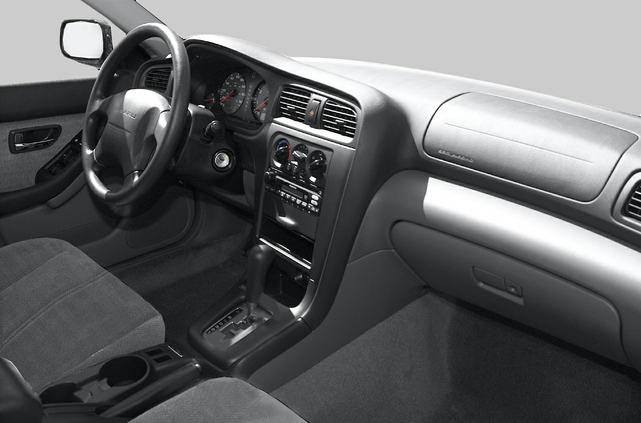 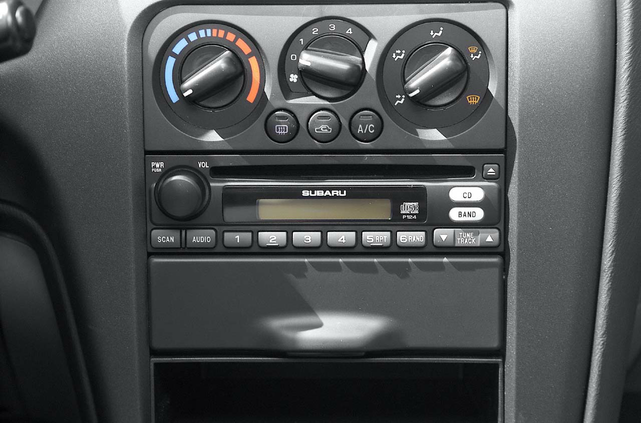 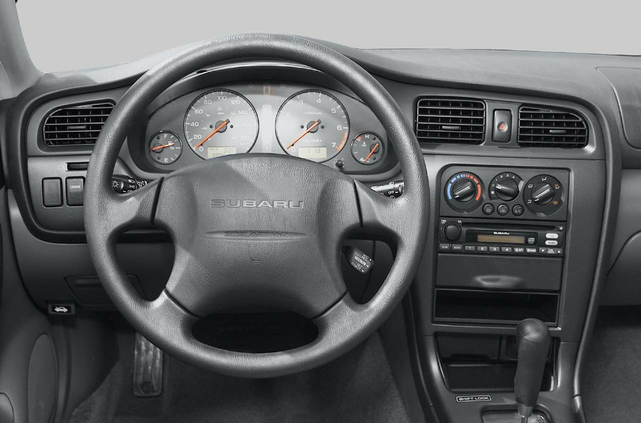 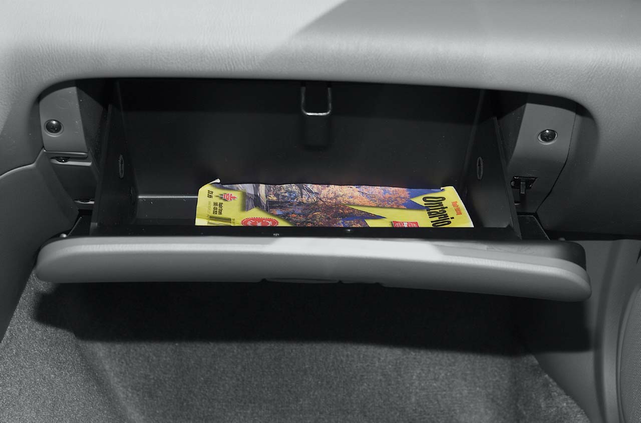 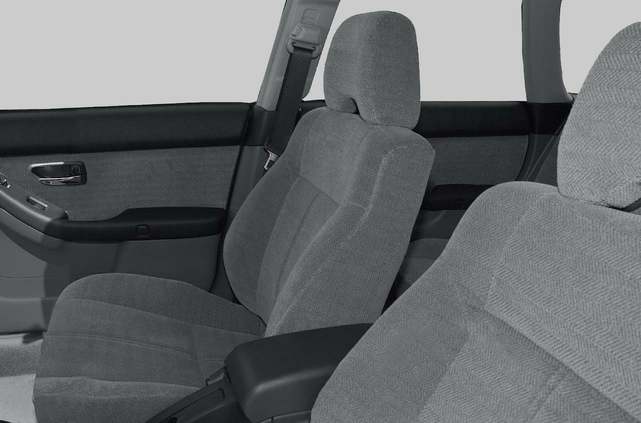 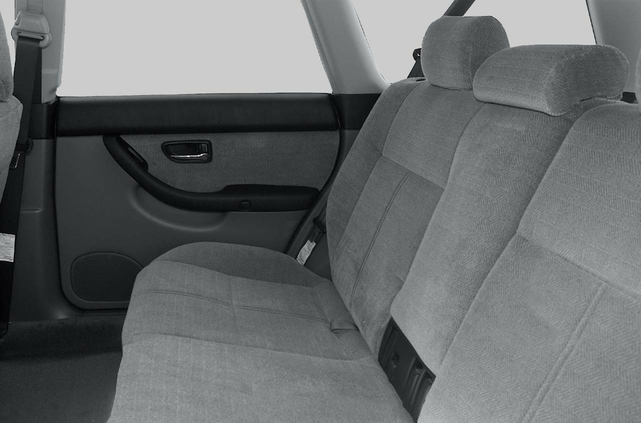 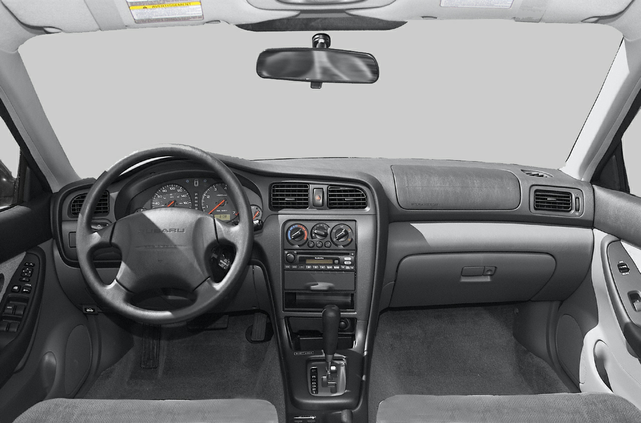