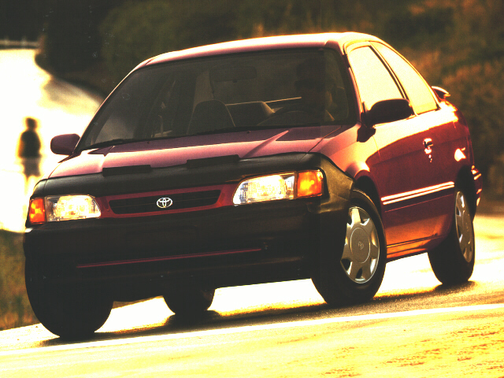 Our 1997 Toyota Tercel trim comparison will help you decide.

Can’t be true, I thought, not unless Toyota has flipped its corporate wig.

So, I called Wade Hoyt and Antoinette Arianna, Toyota’s spokesfolks in the Northeast. Both said the Tercel would stay, which was good, because the current Tercel is so much better than the original.

The first Tercel, introduced in 1980, was a tiny, noisy thing powered by a 60-horsepower, four-cylinder engine — an automotive joke.

Subsequent Tercels weren’t much better. But in the mid-1990s, Toyota decided to get serious about turning the Tercel into a worthy subcompact automobile. The company succeeded, as evidenced by the 1997 Tercel CE sedan.

It is an excellent economy car. But anyone buying or leasing it must understand the term “economy.” It means nothing fancy. But it also means high quality at a relatively low price, which is what the current Tercel offers.

This little car is highway competitive. It’ll start right up in all kinds weather, and it’s actually kind of fun to drive. It deserves a reprieve, and here’s hoping that Hoyt and Arianna are right when they say that Toyota plans to give it one.

Background: The Tercel isn’t selling well. According to the latest figures from J.D. Power and Associates, a California-based marketing research firm, the Tercel’s U.S. sales fell 11.2 percent, to 14,741 cars, in the first half of this year, down from 16,591 sold in the same period in 1996.

Those aren’t happy numbers. And they’re especially unhappy for a car whose sales, even in good years, yielded skimpy profits for its manufacturer and dealers. From an earnings standpoint, if the Tercel were an elected official, voters would be circulating a recall petition.

But scrapping the car would be a big mistake for Toyota. Despite all of the bubbly national economic news, there are lots of folks who can’t afford to pay $15,000 or more for a new car. South Korean automakers understand this, which is why they’re increasing their U.S. shipments of Hyundai Accents and Elantras and Kia Sephias that have base prices below $12,000.

Detroit understands it, too, which is why General Motors Corp. continues to roll out its excellent little Chevrolet Cavalier at a base price starting at $10,980.

If Toyota gives up the Tercel, it gives up an important entry-buyer rung on the car sales ladder. This is the same mistake made by Detroit years ago that allowed the Japanese to gain a foothold in the United States in the first place.

The Tercel is too good and Toyota is too smart to make that error.

Particulars: The 1997 Tercel will roll into the 1998-model year with minor cosmetic changes — new interior fabrics and possibly, some new paints. That’s okay, especially if it helps to keep the car’s price at affordable levels.

Bigger, 14-inch tires — -compared with the 13-inch jobs of years past — give the Tercel better balance in turns. The suspension is decent –MacPherson struts with stabilizer bars up front; a trailing torsion beam with rear stabilizer bar in the rear.

Standard brakes are a work of convention, power-assisted front discs and rear drums.

There are dual front air bags, and seat belts and shoulder harnesses.

Complaint: Despite increased use of sound-insulation materials in the current Tercel, the car remains a bit noisy. But noise, unfortunately, is a part of the package of most small econocars.

Head-turningq otient: It’s like an old pair of tennis shoes — not particularly attractive, but awfully nice to have around.

Ride, acceleration and handling: A triumvirate of decency. Nothing to write home about in any of these categories; and for the normal driver, meaning one who doesn’t suffer delusions of race-track grandeur, nothing to complain about either. Good braking.

Purse-strings note: Excellent value for the dollar. Compare with any subcompact econocar on the market.

September 24, 2018
By Blackhawklover from Arnold, MD
Owns this car

I love my old '97 Tercel Blackhawk limited edition, has a spoiler! Rebuilt the engine. Has 276,000+ miles on her. Has all the power and zip I need. Fun car to drive. Get one if you can. Well worth the investment IF it has been lovingly taken care of, like mine.

If I could buy a new one, I definitely would.

This is my 2nd Toyota--my first was a Starlet. Both great cars. I bought my Tercel new and now have 133,000 miles on it. I've driven it from coast to coast, and then some. My son learned to drive on its manual transmission. I get 40 MPH highway when I keep speed under 60. In 14 years, I've installed 2 timing belts, 2 sets of tires, and I've had 1 major tuneup, but I've changed the oil at 3000 mile intervals. Original exhaust system, original brakes, original manual clutch! I LOVE THIS CAR. Am thinking of replacing it with a Corolla...but I hate the thought of parting with this Tercel. It still looks brand new! No dents, no scratches, paint is bright and perfect. It drives tight and there's NO engine noise. LOVE IT!!!!!

Rating breakdown (out of 5):
3 people out of 3 found this review helpful. Did you?
Show full review
See all 6 consumer reviews

All model years for the Toyota Tercel 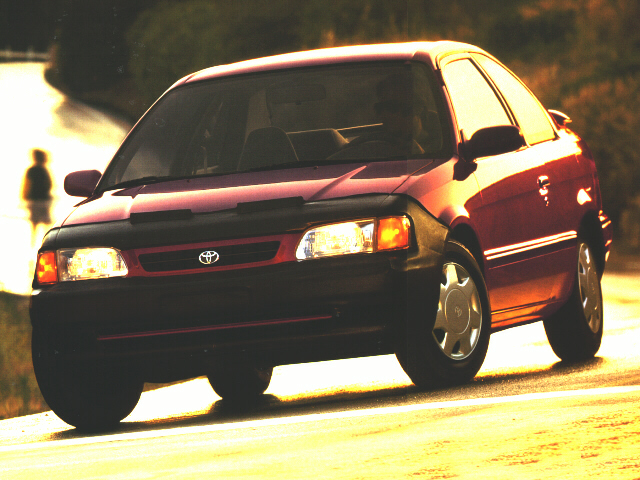 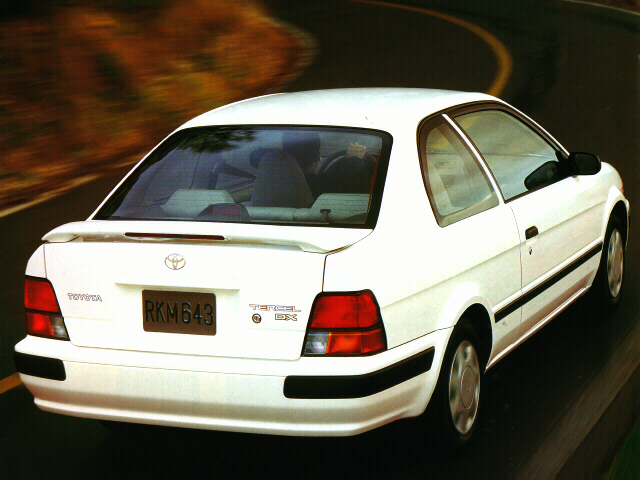 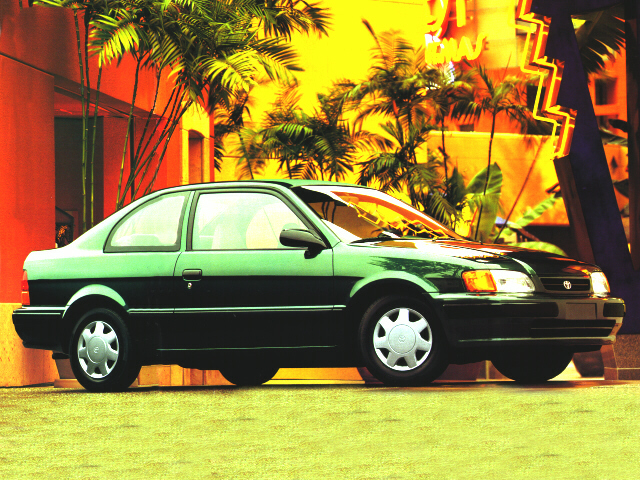 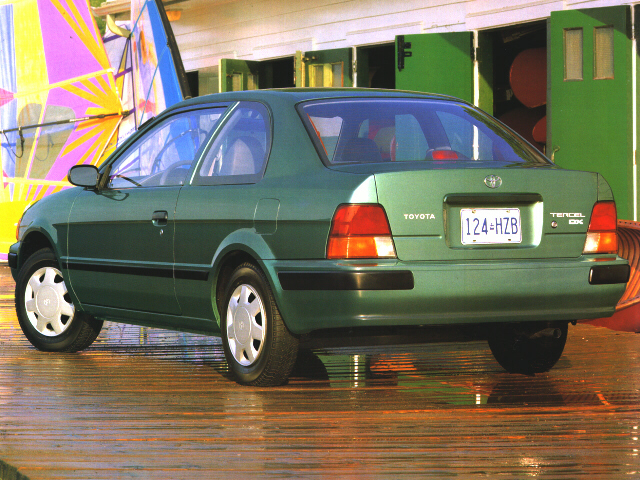 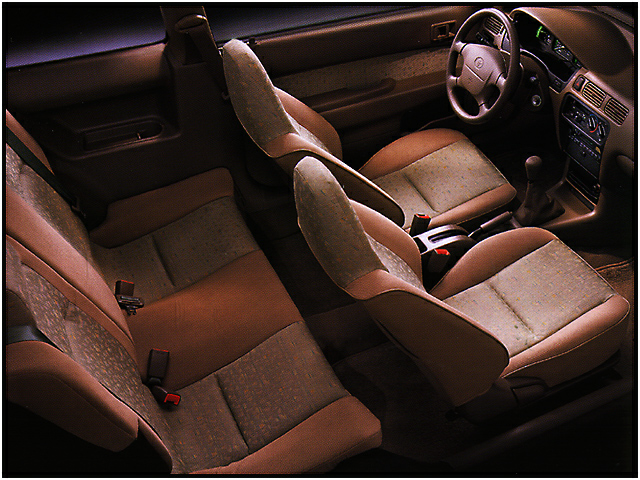