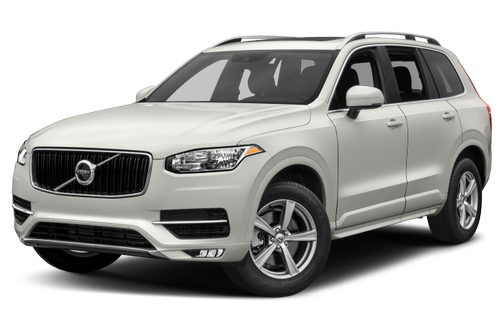 Our 2016 Volvo XC90 trim comparison will help you decide.

The 2016 Volvo XC90 is not only a redesign, it’s a complete overhaul that’s stunning inside and out, with a host of technology that not only impresses, it works instinctively.

One of the first true luxury three-row SUVs on the market, the XC90 has been a huge success, but it took years for Volvo to give such an important car a significant update. Unlike the previous generation, last sold as a 2014 model, the redone XC90 doesn’t offer front-wheel drive. It comes only with all-wheel drive, but still seats seven occupants in three rows. See the 2014 and 2016 compared side by side here.

Exterior & Styling
There’s not a lot of new ground in the realm of SUV styling, so it pays to go simple. Volvo has no problem with that; a simple, clean aesthetic is its calling card on almost all its vehicles, even during a recent design renaissance.

The XC90 stands out with an elegant design, thanks mainly to a large grille with 17 slats diagonally bisected by a rather large version of Volvo’s emblem.

The whole look is solidified by what Volvo is calling Thor’s Hammer LED headlights. Sadly, these lights are not standard on the base trim, called Momentum; they come on the R-Design and Inscription trim levels. The standard lights look fine, but I can’t remember a headlight I was more enamored with than this. That said, though, I’m not one to be overly enamored with headlights.

The rest of the exterior is what one would expect, and the horizontal rear taillights are a nice adaptation of what’s been used on Volvos for most of the past decade. Nineteen-inch wheels are standard, and they look good. Twenty-, 21- and 22-inch wheels are available as well.

How It Drives
Of all the XC90’s terrific attributes, the driving experience is somewhat lackluster. It’s not bad, just forgettable. In this space, though, among those likely to drive the XC90 to work, school, soccer practice and the regular road trip, that experience is likely what’s actually desired.

The only available engine is a new four-cylinder that’s both turbocharged and supercharged, good for 316 horsepower and 295 pounds-feet of torque. The XC90’s standard transmission is now an eight-speed automatic, replacing the earlier generation’s six-speed.

The XC90 has more power than the V-6 engines in the Acura MDX and Buick Enclave, but less than the Land Rover LR4’s 340 horses. However, the Volvo’s EPA-estimated gas mileage of 20/25/22 mpg city/highway/combined is better than the Buick’s and Land Rover’s, and the combined rating bests the all-wheel-drive Acura.

This sweet spot of power and fuel economy translates to acceleration that’s acceptable but won’t excite. The Buick and Land Rover don’t excite either, but I was recently impressed with how fun the latest MDX’s engine is with its new transmission. You can compare them here.

The Volvo’s ride is terrific and should keep all three rows of passengers happily not bopping along to potholed roads, like those my family routinely traverses. Add that to the quiet cabin, and the XC90 is a lovely vehicle for long rides.

There are various driving modes, including one aimed at performance and one at fuel-efficient driving. I preferred the Normal setting to both Dynamic and Eco. In Dynamic the accelerator didn’t respond in a natural manner, and the adaptive suspension was too rough for the minimally improved handling response. In Eco mode, the right pedal barely reacted at all to pressure. I’d use it only in heavy traffic.

Interior
Volvo is known for sparse interiors, which makes it harder to connote a sense of luxury, but the XC90 does the job fantastically. That’s especially true in the top-of-the-line Inscription model I drove.

Base models do have a number of leather seating choices, but only a simple brushed-aluminum trim is available. R-Design models get either silver mesh or black carbon fiber inlays.

Inscription models get a walnut inlay that looks fantastic along the door panels, dash and especially the center console, where a wood cover slides over the cupholders. It’s so pretty you might not want to open it to stow your coffee or bottled water.

The front seats are very comfortable, and overall visibility is good. The second row of seats is comfortable for outboard passengers, and our test car had an optional built-in booster seat in the middle seat. My 6-year-old daughter loved sitting in the booster, which is a rather affordable $250 option. (Though she may have just been ecstatic to sit in a real leather seat instead of the less-posh materials she’s gotten used to in her lifelong use of child-safety seats.) Still, for a parent, this will come in handy.

The third row is less comfortable in terms of seat materials, which are noticeably thinner than the second row’s. Headroom is tough for full-grown adults. Shorter teens and tweens will find it acceptable, if a bit hard to reach, mainly due to a very narrow doorsill they’ll have to pivot over to get there.

If you shuttle a lot of people often, the standard four-zone climate control is a nice feature, allowing all three rows to control their airflow and temperature (the two front occupants get their own zones). I’ve also always been a fan of Volvo placing the second-row air vents high in the door pillars, so the air actually reaches rear passengers’ faces. The XC90 also features vents for the second row in the center console, like you find in most cars. Fellow parents of carsick kids will appreciate the added airflow.

Ergonomics & Electronics
Today’s cars are more computer on wheels than ever, and Volvo is making a bold move by placing a single, large touch-screen in the middle of the dashboard to control nearly all in-car features, from air conditioning and navigation to safety features like lane departure warning. Only the Tesla Model S sedan compares in its use of an interface like this.

It’s essentially a 9-inch tablet seamlessly integrated into the dashboard, with a single physical home button at the bottom. Having tested nearly every touch-screen on the market, I imagined this execution would have problems. Most systems incorporate fewer functions, with a few more physical buttons to fall back on.

The XC90’s system is missing only the kitchen sink. And it works just fine.

The home screen shows the status of navigation, media, phone and system updates. Along the bottom of the screen are the climate control icons. Being able to access the standard heated and available cooled seats, fan speed, temperature and fan directly impressed me most.

All the controls react to touch quickly and, more important, predictably. The system isn’t flawless, though. While the everyday controls are done well, accessing the safety systems is a bit cumbersome, as is adjusting stereo settings, which are separated from the media menus where they belong.

Our XC90 also had an optional 19-speaker Bowers & Wilkins sound system. After finding and adjusting that separate menu, it definitely sounded worth the $2,500 price tag to my ears. A 10-speaker system is standard.

At 15.8 cubic feet behind the third row, the XC90 is slightly larger than the MDX’s 15 cubic feet but smaller than the Enclave’s 23.3 cubic feet. I found it plenty large enough for a modest grocery trip, with more than acceptable space when the third row is folded flat.

The power liftgate is standard and opens automatically when you approach and stand at the rear of the XC90 for a few seconds.

There are plenty of cubbies and spaces in the cabin for the front passenger to stow keys, phones and other items, and many are easy to reach.

Safety
Volvo’s safety reputation is not going to be besmirched by the new XC90, which has earned a Top Safety Pick+ rating from the Insurance Institute for Highway Safety. That represents the highest possible score in all tests, including Superior for its front-crash prevention system. The XC90 had not been crash-tested by the federal government as of publication.

Other features can be added in option packages, like a lane keeping aid I and some other editors felt was too aggressive. This was evident when driving on an under-construction highway with a semi-truck on one side and a concrete barrier on the other. As lane markings shifted, the system pushed the vehicle toward the barrier significantly enough to startle me. This is the exact scenario another editor experienced and expressed concern about.

The XC90 also scored well in our Car Seat Check, where it received mostly grades of A. Read the full report here.

Value in Its Class
The base price of $50,795, including destination, might make your eyes pop, but when you take into account the standard all-wheel drive, power liftgate, navigation, heated front seats and panoramic moonroof, it’s not considerably more than competitors.

However, we don’t see how buyers will be able to stay away from the top-end model, which looks better outside with those hammering headlights, and inside with the walnut trim.

We bought our XC90 with 43k miles on it via a CPO through a dealership. At the time, it underwent a billion-point inspection and all kinds of parts and fixes were made to it before we took possession of it, including new rotors and brake pads. We’ve now had this car for about 18 months and so far, the side mirrors went out of synch, there was an oil drain issue, the sunroof quit working, and it was giving us false crash warnings. Recently, we noticed a thumping noise and vibration upon braking at high speeds. Turns out the brake rotors warped after 15k miles and need to be replaced. Volvo refused to stand behind their parts and their product and would not replace the rotors as part of the CPO or the extended warranty. We will never own another Volvo again after this experience and we don’t recommend it to anyone else, either.

Exceptional vehicle for the cost

December 23, 2020
By Hawkeye from Prescott Az.
Owns this car

This car is phenomenal the only complaint are the ongoing mains costs. I believe they could b reduced so more folks could take advantage of a great car.

December 8, 2020
By Dj from Philadelphia Pennsylvania
Owns this car

Good car. I will Recommend so far had the car for a month love it. Good on gas mileage look stylish I need a oil change every 10,000 miles

Rating breakdown (out of 5):
6 people out of 6 found this review helpful. Did you?
Show full review
See all 69 consumer reviews 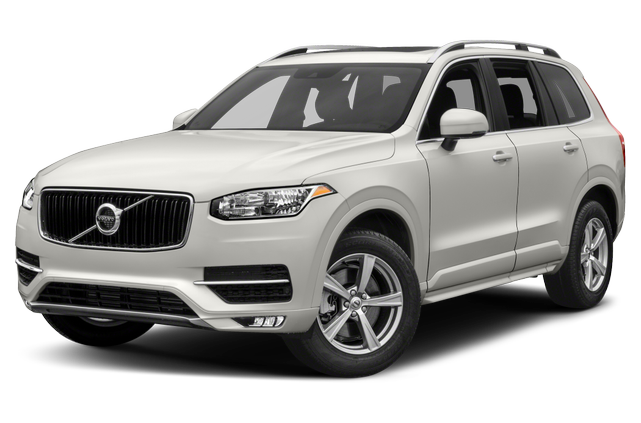 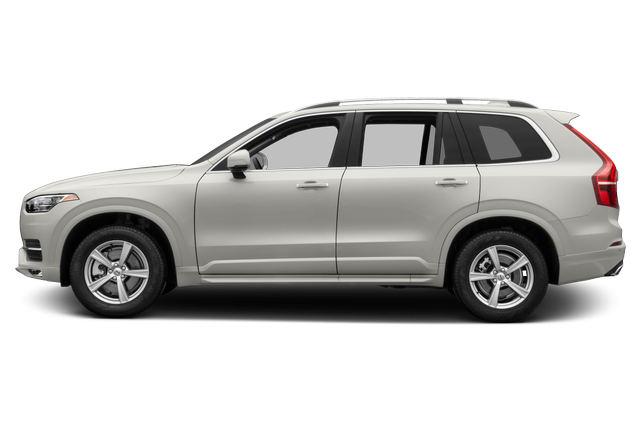 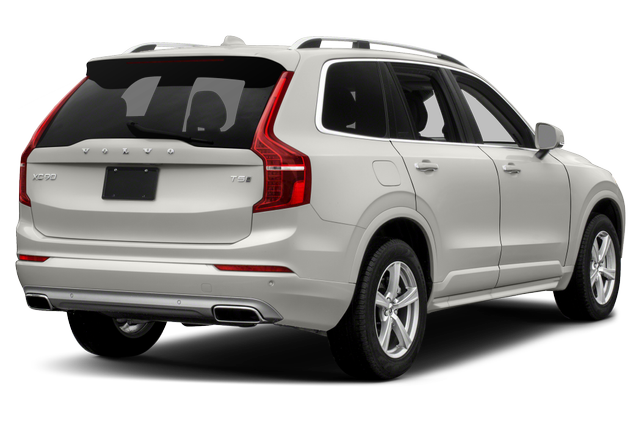 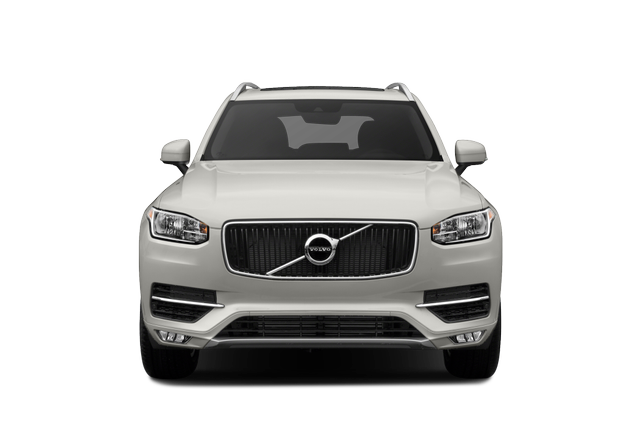 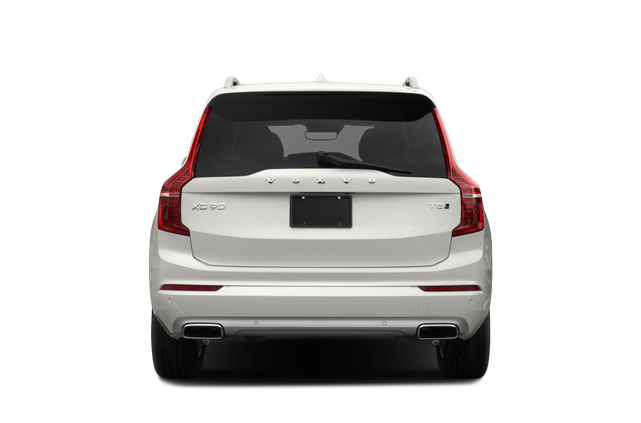 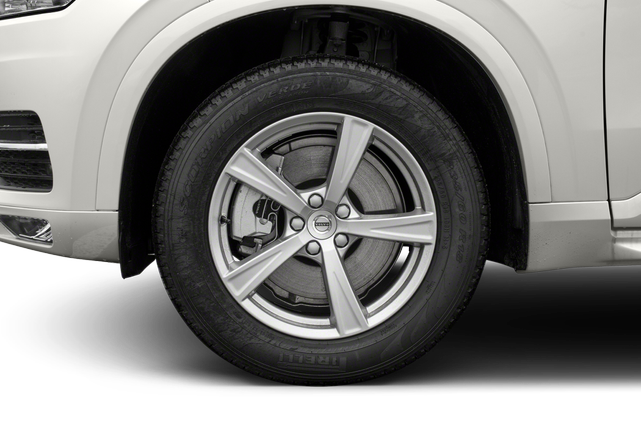 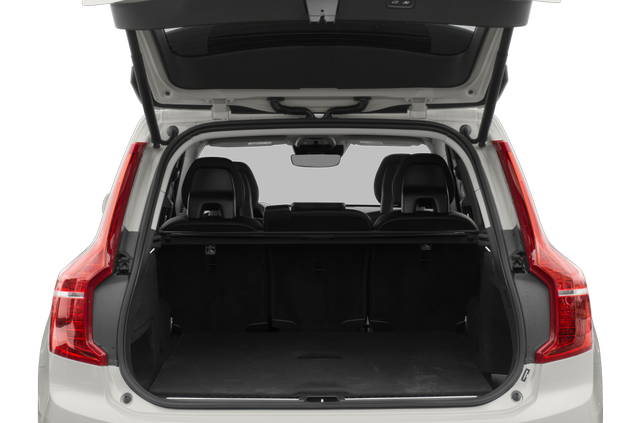 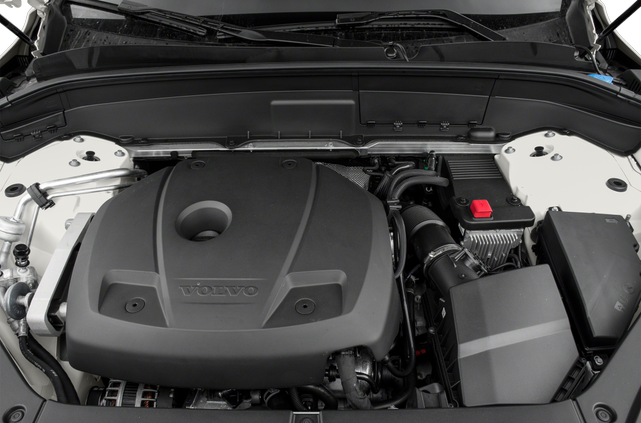 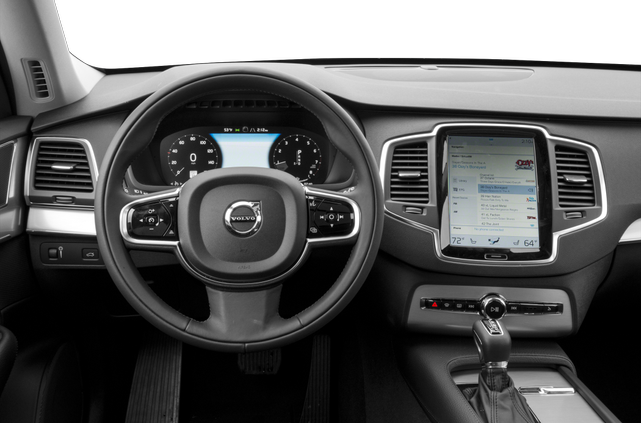 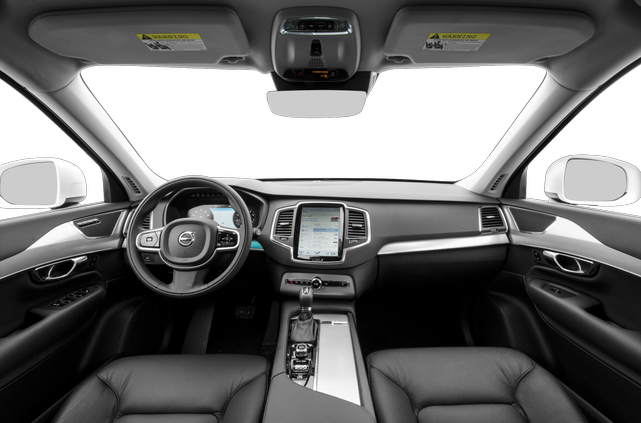 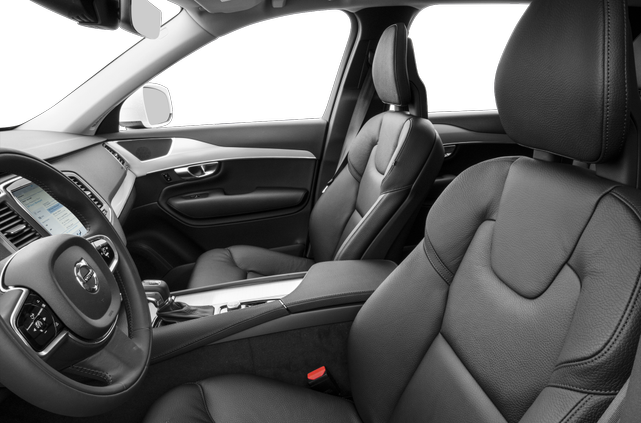 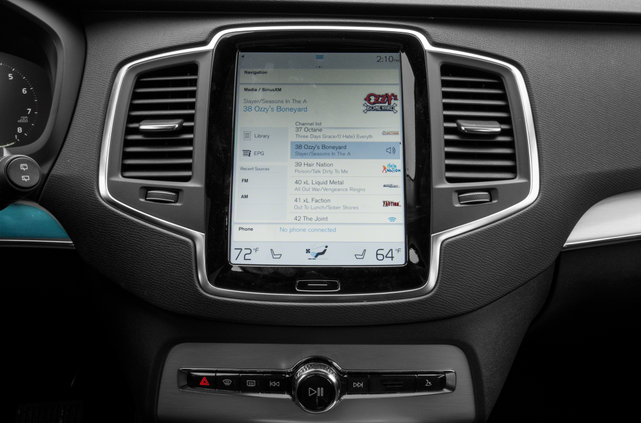 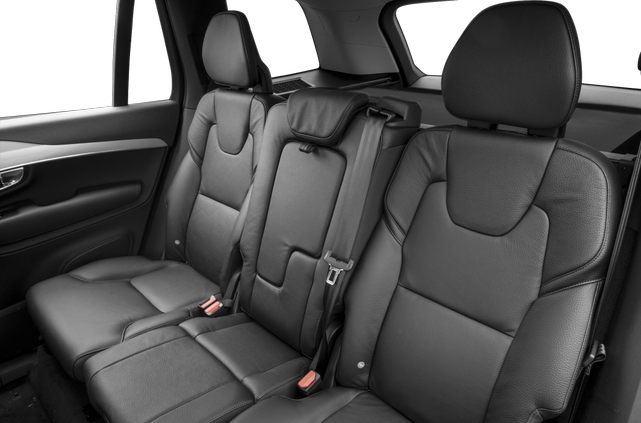 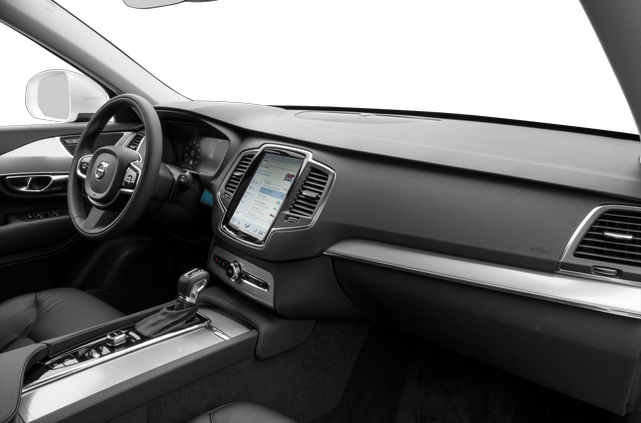 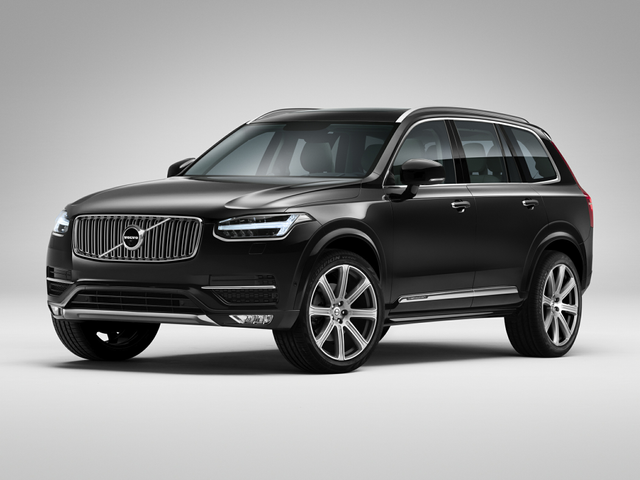 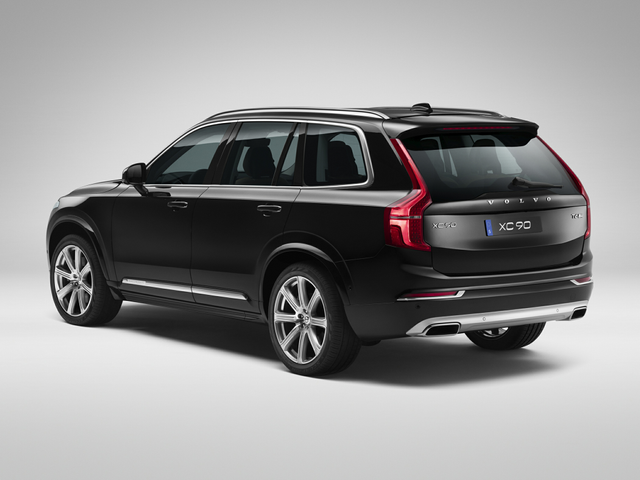 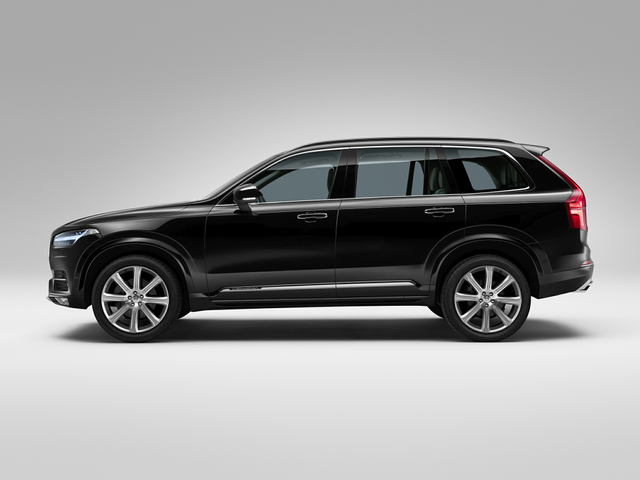 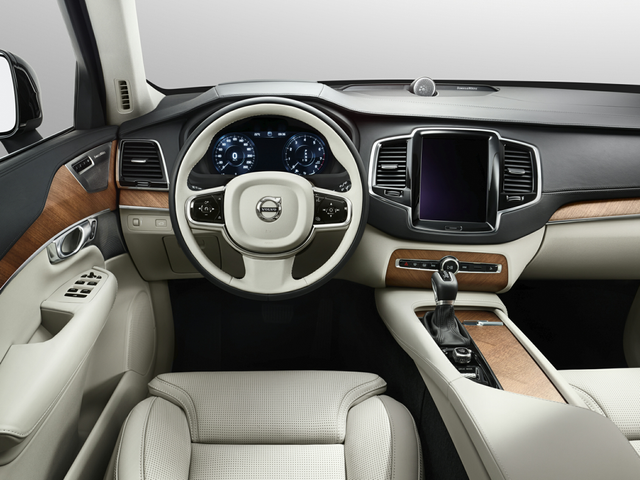 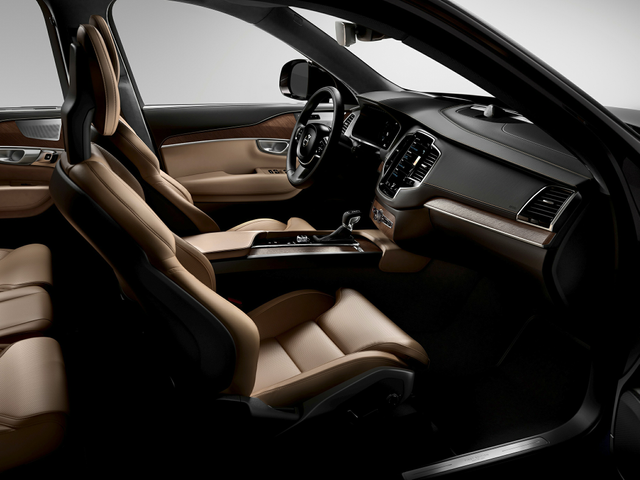 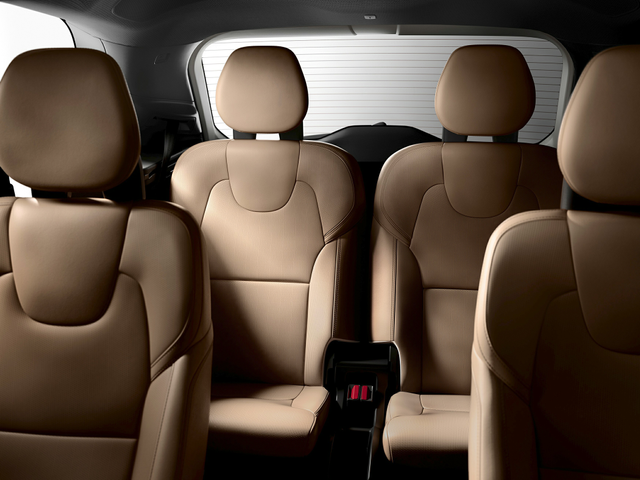