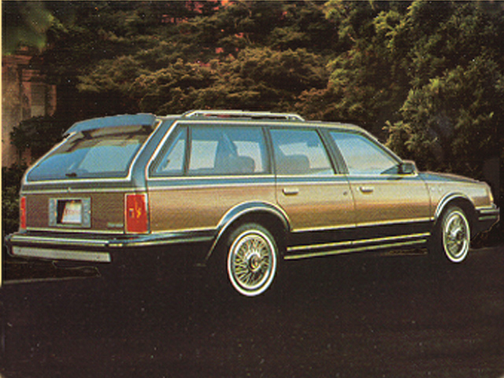 Our 1994 Buick Century trim comparison will help you decide.

Seems that’s how long Buick’s midsize sedan has been on the market.

Try as it might to drive a stake through the Century’s engine for the last five years, the media has been unable to get Buick to discontinue the front-wheel-drive Century A-body, which first appeared in 1982.

That’s the same media that tried to send the Chevrolet Camaro and Pontiac Firebird to the hereafter about a decade ago.

The problem with Century is that though scribes feel the technology is outmoded, the car-buying public loves the machine.

Well, not everybody finds rapture in Century. It’s a car mostly for older folks (OK, 45 and up) who are intimidated by high-tech and whose vocabulary has not expanded to ROMs or bytes or even Madonna.

Century is admired by conservatives who want basic transportation. A vehicle that will hold four to five adults in comfort, if not style. A sedan whose power is measured not in how quickly you scoot from the light, but how frequently it passes those roadway oases labeled Amoco, Mobil or Speedway.

Century delivers what its loyalists want-room, comfort, mileage and low price. Maybe the package this comes in isn’t the prettiest on the highway, but while the Bonneville or Taurus owner pulls out the wallet to show pictures of the SSEi or SHO that he or she saved for, the Century owner simply pulls out the wallet and shows off the pictures of Hamilton or Grant that he or she saves by owning a more practical machine.

We test-drove a 1994 Century Custom sedan here, which for the new model year has undergone significant change by Century standards.

And those hoping Buick would come up with a touch more power will find the standard 4-cylinder engine and new optional V-6 fractionally livelier.

The base 2.2-liter, 4-cylinder engine in the Century Custom sedans gets a power boost to 120 horsepower from 110 in 1993 for less sluggish movement from the curb. Fuel injectors also were revised for faster cold starts. It is offered only with a 3-speed automatic, however.

The mileage rating is 25 miles per gallon city/31 m.p.g. highway.

Our test car came with the 3.1, V-6 and 4-speed automatic and delivered ample punch for the car’s functional character. The move to a 4-speed makes a big difference in terms of performance and seems to have removed the parachute Century had been saddled with from the 3-speed.

Rather than focus on 0- to 60-mile-per-hour readi ngs, however, Century owners prefer the 19 city/29 highway rating from this engine/transmission.

When you slip behind the wheel, you see the security offered by the “SRS” for supplemental restraint system ( a.k.a. air bag) lettering in the steering wheel hub. All that’s lacking now is an air bag for the passenger.

Thankfully we didn’t have to check out how well the air bag works in our test drive, but we had occasion to apply the ABS under simulated panic stops on dry and wet roadways. In both instances, the car stopped in a straight line with hood and deck lid pointing in the same direction without performing a roadway rumba.

Where Century brings you b ck to reality is when you try some aggressive maneuvers, such as sharp turns or tight corners at speed.

Our test car had Dynaride suspension, which in most Buicks means softness over the bumps but firmness when the road twists. Century shows its age even with Dynaride. Back off from the accelerator when taking that sharp turn or you’ll ride the sidewalls. Sadly, only 14-inch treads are offered because larger 15-inch tires would provide better grip and improved ride and handling.

You also experience body lean-yours and the car’s-if you try taking the corner as if in a Regal Gran Sport.

Inside, Century is strong on room and comfort, with one exception. The power window controls on the upper front of the door are an obstruction for your knee.

In response to consumers, Buick changed the power door-lock system for 1994. It now offers an automatic lock/unlock/relock feature. In the past when you put the gearshift in “D” (drive), the doors would lock. When you got to your destination and put the lever in “P” (park), the doors would stay locked until you pressed the unlock button. Now, you can have the dealer remove a fuse and when you stop and put the lever in park, the doors will unlock to allow you a speedy getaway.

Other nice touches on the Century for 1994 include a redesign of the so-called prindle, or PRNDL, lettering in the dash so the “P” is far removed from the other gear lettering so older drivers can better see it; positioning of the rear-window defroster button in the center of the dash to the right of the steering wheel, where it is easily seen and used; and designing power-window buttons with one side raised, denoting “open,” and the other side flat, denoting “close,” so you can work the windows at a touch without taking eyes off the wheel.

Other changes to Century for 1994 include consolidating the line by dropping the Custom coupe and wagon and Limited sedan and keepingonly the Special sedan and wagon and Custom sedan; adding tilt wheel, trip odometer, intermittent wipers and door courtesy lights as standard; and adding compact disc player, locking wire wheel covers, adjustable level control and chrome luggage rack on sedans and woodgrain bodyside applique on the Special wagon as new options.

Other than the knee knocking of the power window housing by the driver’s leg, the other change we’d like to see made is positioning of the power seat controls on the side of the seat, where they’re easier to use, rather than underneath in the front, where they are now.

To take advantage of the rising value of the yen against the dollar and the subsequent sharp Japanese price increases, Buick has come up with market value editions of the Century for 1994. The car is loaded with options as standard at a discount. The Century Special sedan will start at $14,995, a $1,500 savings.

Wonderful Car. I bought this 2nd hand and glad I did. I have replaced a few parts and was well worth the money. Selling price was $1800 but got it for $800. Sellers mechanic told him it had a blown head gasket turned out to be a leaking Coolant Temp Sensor. Car runs like a bear.

Must see mechanical history to appreciate why this is a great price even though it is a 1994 vehicle. 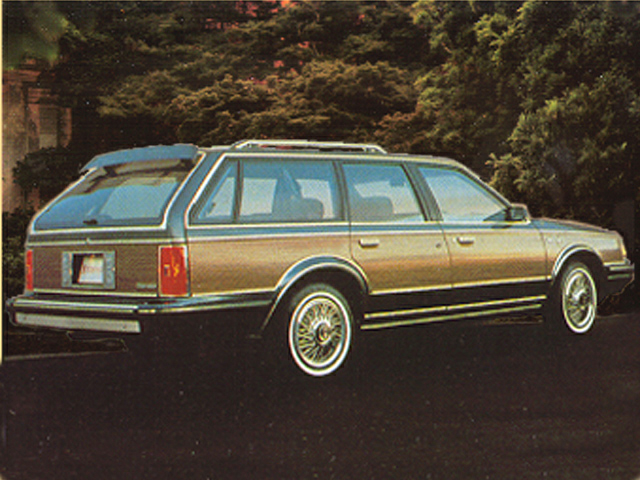