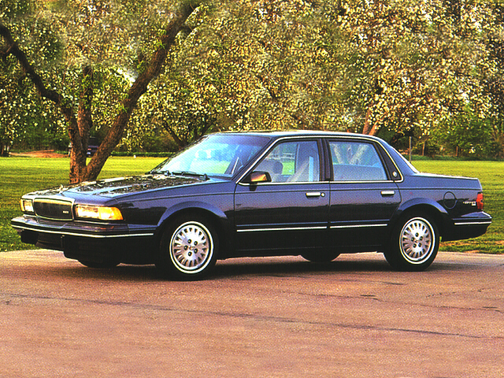 Our 1997 Buick Century trim comparison will help you decide.

The previous Buick Century went back to the early ’80s and looked it. From its dated dash to its snorific styling, it was an archeological dig into the boring nature of GM family sedans during that decade.

But people kept buying them in big numbers right up to the end, because the cars were inexpensive, roomy and comfortable — and they didn’t break.

The 1997 replacement for that midsize sedan is a quantum leap beyond it. It is a more advanced, more refined vehicle with more contemporary styling. It is also a stronger car, which means it has less chance to squeak and rattle.

Indeed, about all it has in common with its predecessor is its drivetrain, soft ride and low price.

This roomy, midsize family car opens at $17,885, a base price that includes a V-6, a four-speed automatic gearbox, antilock brakes, power windows, and power door locks with keyless entry. The test car, a top-of-line Limited model equipped with everything but a Jacuzzi and a two-story marble foyer, listed for $21,895, including shipping.

Now that, dear friends, is a shrimp appetizer, the lobster main course, and a flaming dessert for the price of a Happy Meal.

Structurally and mechanically, the new Century is a kissing cousin of the all-new Buick Regal, which, in turn, is closely related to the Oldsmobile Intrigue and Pontiac Grand Prix.

But while it has much in common with the more expensive Regal, it lacks that car’s style, refinement, power and athleticism. The Regal is fitted with the 3.8-liter V-6, which develops 205 horsepower in normally aspirated form, and 240 when fitted with a supercharger. The Century is available only with a 3.1-liter, 160-horsepower V-6.

The Century also is a less agile car than the Regal, whose sportier suspension tuning gives it more control and poise during rigorous cornering.

This isn’t at all surprising. Like its predecessor, the new Century is more interested in delivering a soft ride than handling prowess.

While I would prefer a firmer suspension, I can’t say the Century is a mushmobile. It does all right in the corners. There’s some body lean, but it’s hardly excessive.

The Century isn’t wanting in the power department, either. As a matter of fact, it is one of very few under-$18,000 family cars equipped with a V-6 — and turns out to be rather lively business.

Like the popularly priced Japanese midsize sedans, the Century is attractively but conservatively styled. It’s a safe design, a sculpting job that looks nice but doesn’t make enough of a styling statement to call too much attention to itself.

The interior is more interesting. The design is very graceful and functional, and nowhere is this more obvious than on the flowing, accessible dashboard.

And like the Century’s soft ride, its interior reflects the car’s emphasis on comfort rather than performance: The driver’s seat provides little of the lateral support you need for spirited driving.

What the interior does have in a bundance, in addition to style and comfort, is roominess and quiet. There’s plenty of room for five adults in this car, and the cavernous, 17-cubic-foot trunk should take care of their luggage with ease.

The Century does pretty well on fuel for a 3,350-pound sedan. It has EPA mileage ratings of 20 city and 29 highway. I got 21 m.p.g. during mostly city driving.

The Century is available in a number of attractive colors that, I suspect, were named by people who had smoked too many funny cigarettes. The test car, for example, was painted “Santa Fe Red Pearl.” I don’t remember reading about marine biologists finding red-pearl-bearing oysters in the New Mexico desert, but I suppose it’s possible.

Spacious and comfortable to drive

November 26, 2019
By Ronniee Suee from Grantsville, UT
Owns this car

Lots of space, decent gas mileage, ac like a dream, couch like interior makes it comfortable. Only thing I'm not a fan of is the way the middle console in the front is. Too large and when it broke it was completely impossible to take out. If the previous owner had taken better care of the vehicle it would be great exterior and interior.

Rating breakdown (out of 5):
0 people out of 1 found this review helpful. Did you?
Show full review
3.7 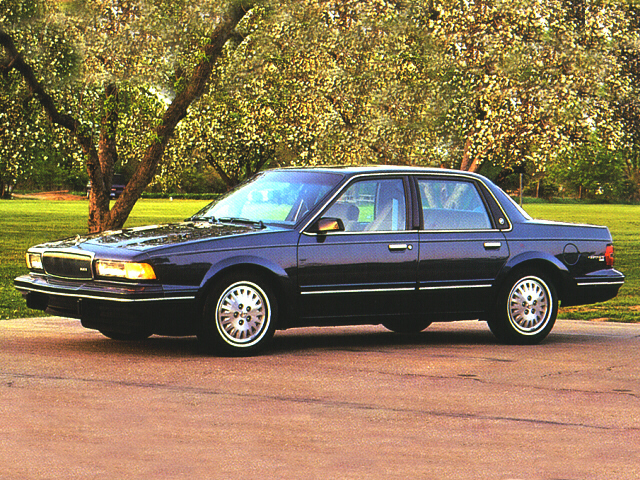 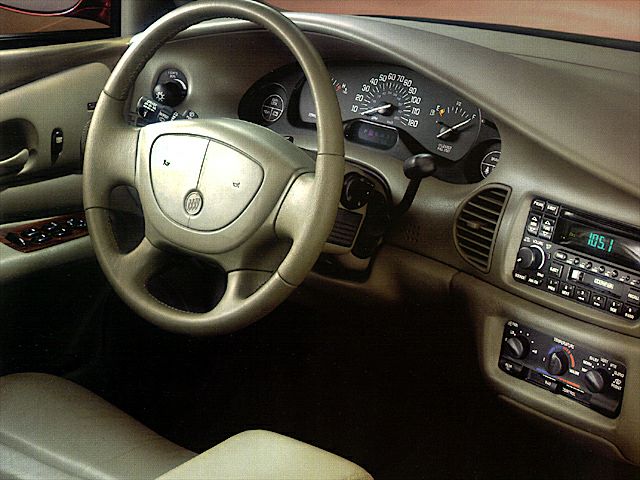