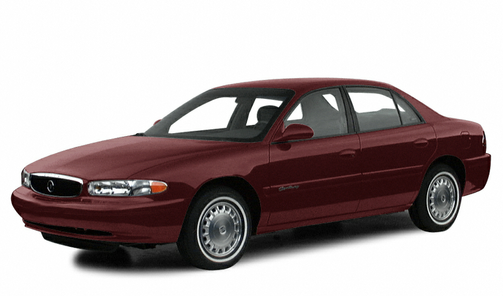 Our 2000 Buick Century trim comparison will help you decide.

With so many historic Buicks at Das Awkscht Fescht, you could get a hankering to try a new one.

Well, you’re in luck: The most popular model is also Buick’s least expensive: the front-wheel-drive Century.

The name has been around for the best part of the 20th century. It started out as a factory hotrod, sporting Buick’s largest engine in its smallest body. But, for the last three decades or so, the Century has been a mid-sized model.

Since 1997, the Century has shared its body with the Regal. The Regal tries to hide its Buick heritage — with mixed success — by dispensing with chrome, and offering a tighter suspension with bucket seats and a center console. The Century is more handsome, with a classic chrome grille, a bench seat and a column-mounted shifter. Obviously, Buick buyers agree. The Century outsells the Regal by more than 2-1.

The Buick Century was very popular in 1999, the fourth most-popular mid-sized car in the country after the Toyota Camry, Honda Accord and Ford Taurus.

So what’s to like besides the price tag? A lot.

In an era when cars are getting to feel more and more alike, the Century’s truly retro personality makes it stand apart. This is a purely American car and it doesn’t try to hide it.

The styling job is one of GM’s finest, with a swoopy beltline and a tasteful application of chrome that doesn’t go overboard. It’s handsome in the classic Buick sense. It doesn’t have the traditional Buick bulk, and most will find the dimensions just right.

For the turn of the century, the Century comes in three trim levels: Custom, Limited and a special edition 2000 model. The biggest difference between the three is trim. The special edition gets a blacked-out grille treatment (although some chrome remains) body-colored side moldings and fascias, special badges and a leather-trimmed interior.

All Centurys have the same engine. This 3.1-liter V-6 develops 15 more horsepower (175) than last year, and 10 foot-pounds more torque (195). Hooked to a new four-speed electronic automatic transmission, the engine moves this 3,371-pound car with adequate oomph, although the Regal’s 3800 V-6 is smoother and more responsive. The Century accelerates fine from a stop, but seems to lack power when entering a freeway. However, the engine appears to be quieter than before.

The handling calls to mind Buicks of yore: soft. There was plenty of body lean, but the ride was cushy enough to please its audience (like your Aunt Edna). The down side: Rough roads turn the ride turbulent, but that’s typical of the breed.

The suspension is all independent (although a bump can still send the rear skittering sideways), and anti-lock braking is done with front discs and rear drums. That’s no worse than many domestic and imported competitors. Braking performance was perfectly adequate, with some nose dive in hard stops.

The cabin is quiet. Features like triple door seals help keep it so.

The front split bench seat was as comfortable as your living room sofa, but without the bad upholstery. The seats were surprisingly supportive, despite the lack of side bolstering. The storage armrest splits the front seat, and has flip-out cupholders, plus room for cassettes and CDs.

The rear seats are split and fold to provide access to the trunk. The rear armrest has room for storage. Leg room is a bit tight.

The sweeping dash is as horizontal as the Midwest. The radio is mounted high, and the special edition model has steering wheel-mounted radio controls. Like the ones on other current Buicks, these controls get hot and their location at the edge of the steering wheel makes it easy to inadvertently increase the volume or change he station on the AM/FM-cassette-CD. Its sound quality was better than some more expensive GM vehicles.

This year, all models get a dual climate-control system and rear seat heating ducts, a feature shared with more expensive models. The system works well.

The car was packed with lots of luxury gear that made riding with friends a pleasure. Up front, power seats and a tilt wheel make a good driving position possible. Leather and expertly matched vinyl lend the interior an upscale feel. An electrochromatic rear-view mirror was easy on the eyes. The only real improvement to the interior would be a horizontal strip speedometer — then it would have a retro look to match the retro handling.

The only real flaw in this otherwise pleasant car occurred on a trip to the Wilkes-Barre/Scranton Airport. In the middle of nowhere, the “Low Tire” light came on. According to the owner’s manual, this means a tire has lost at least 12 pounds of air. I certainly couldn’t feel any change, despite the Century’s power-numbed steering. A quick stop revealed nothing to be the wrong. Actually, the tires seemed overfilled. Hitting the reset button in the fuse box (accessible only by opening the door) solved the problem and it never recurred. But all four tires were puckered on their sidewalls, possibly a result of their over-inflation.

The 16.7-cubic-foot trunk is huge and has a convenient cargo net.

A week in this Century showed that it has the same attributes spurring the sales of its more popular competitors: handsome, conservative styling, reasonable fuel economy, a comfortable interior, decent ride and a nice price tag. It’s not exciting for a car enthusiast, but this class of car isn’t meant for car enthusiasts.

With GM struggling to find its identity with so many other car divisions, it’s good to see the traditional values and handsome styling that come with Buick DNA are still a part of the American car-buying psyche.

My first car and my first tow

I currently own the 2000 Buick Century, and I’m anxious to get rid of it. While this car was my best first car, it’s old and has 300,000 miles on it. I think it’s time to give old Ethel up and look elsewhere. However, if you’re a high school student looking for their first car Without cupholders, this is the car for you

Great Car for going to and from work

I like the care. Joe at Broadway was great in getting me into the car in a couple of hours. No pressure to buy, he had the right care on the lot for what I needed. Clean, low mileage and runs great. For the age and money a real cream puff. I'll get quite a few good years of use out of this care. It will pay for itself in the first year. Price was below book value too!

DURABLE GM CAR NOT SO RELIABLE

February 3, 2018
By endowebber from nyc
Owns this car 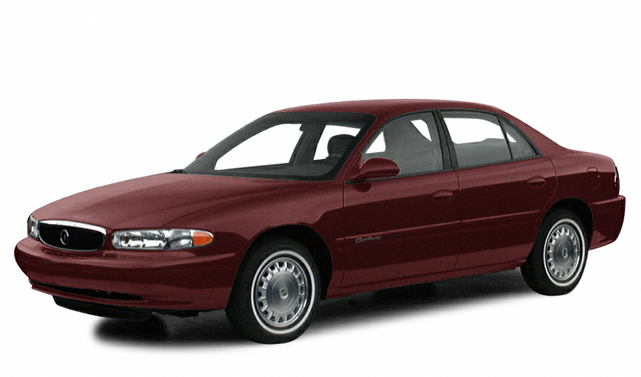 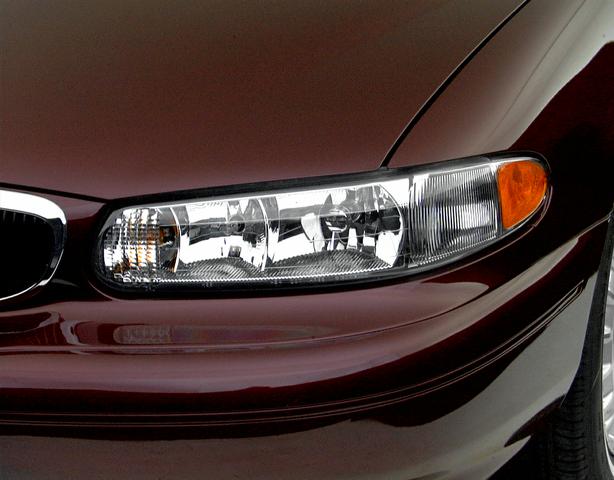 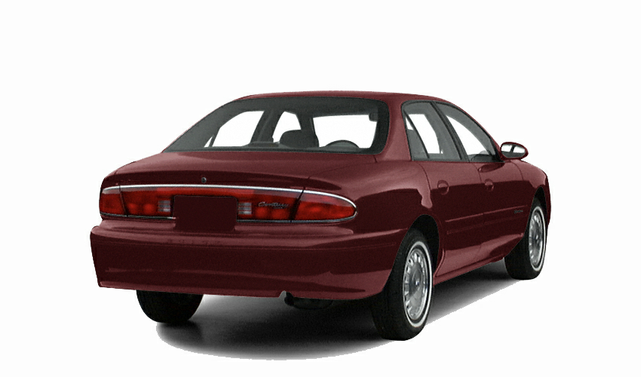 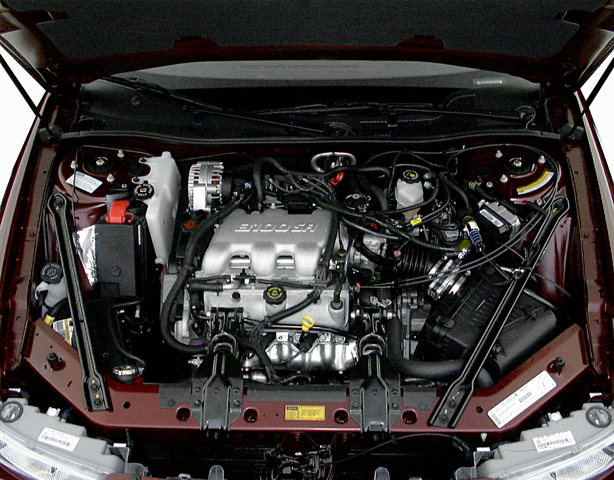 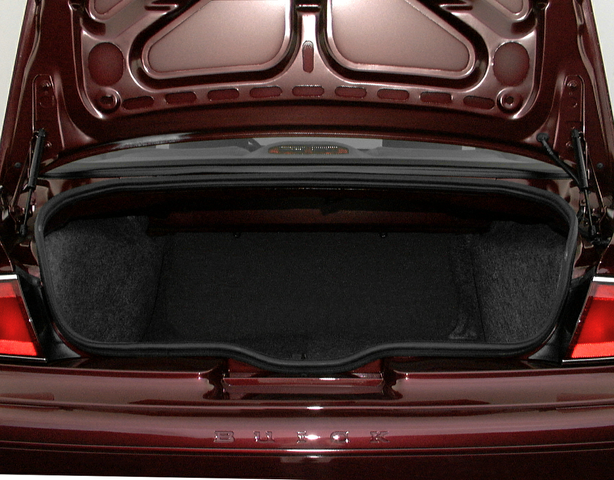 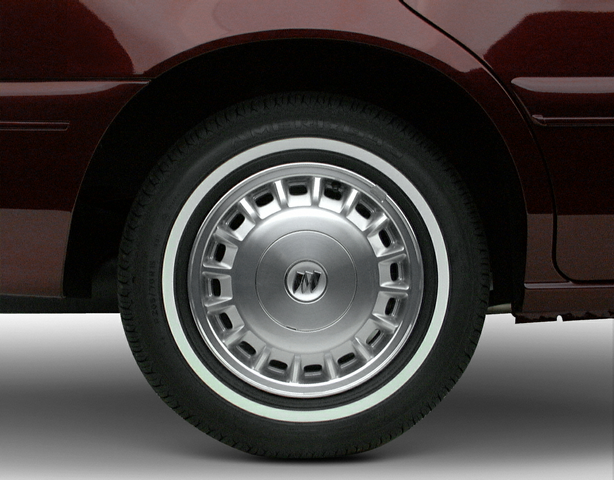 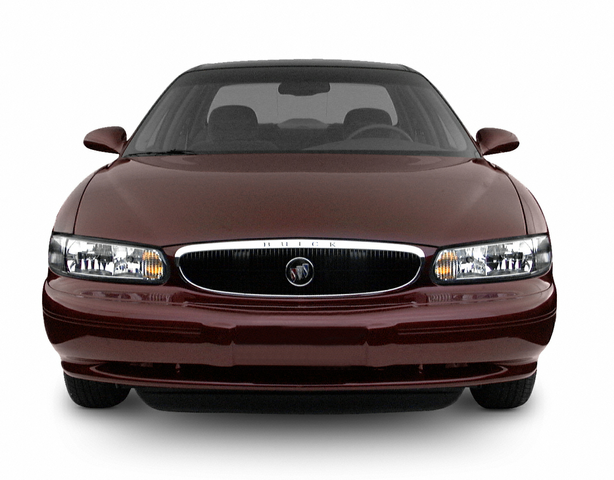 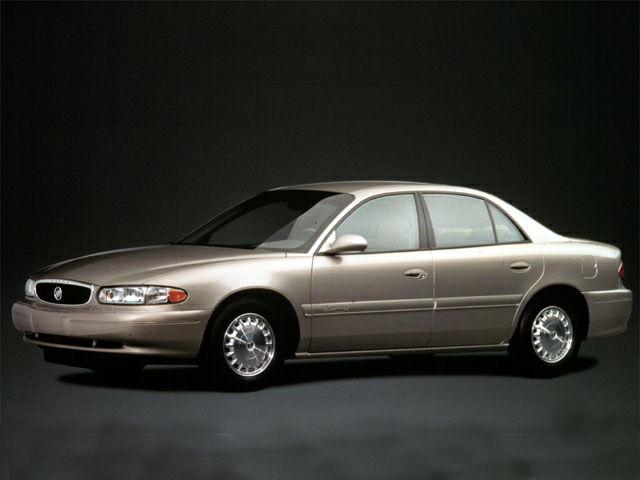 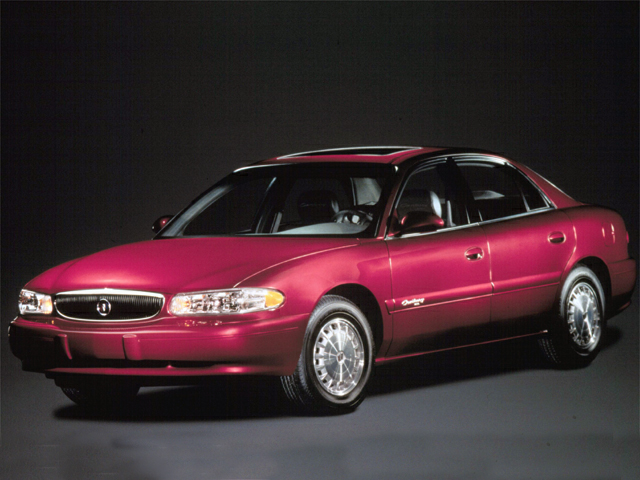 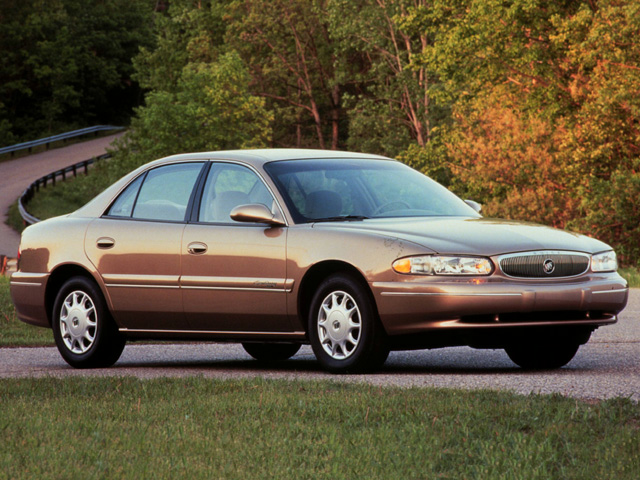 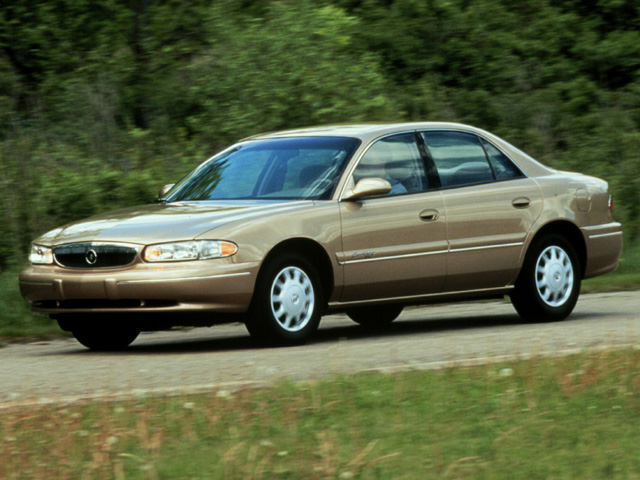 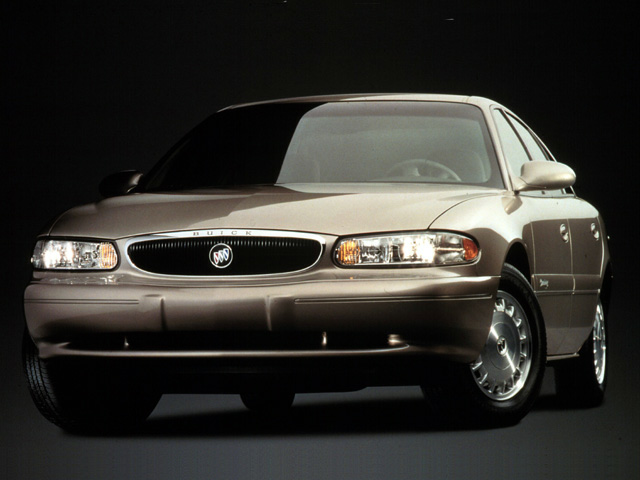 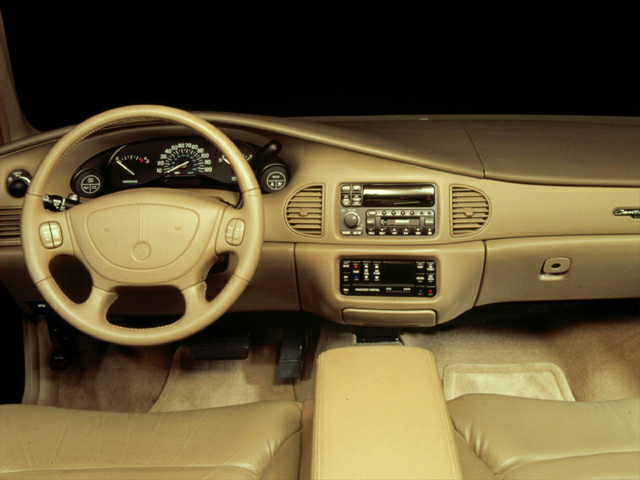 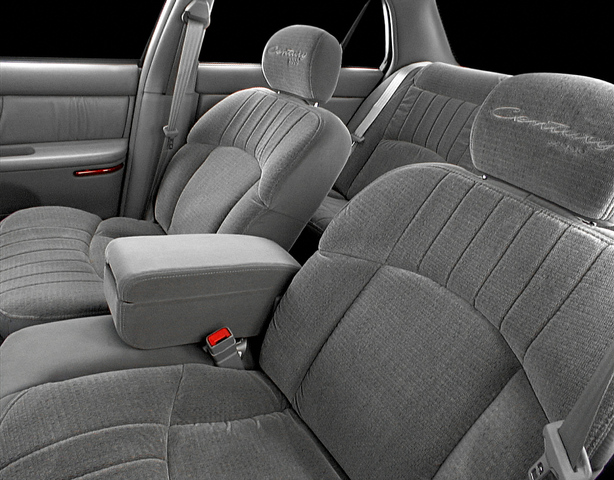 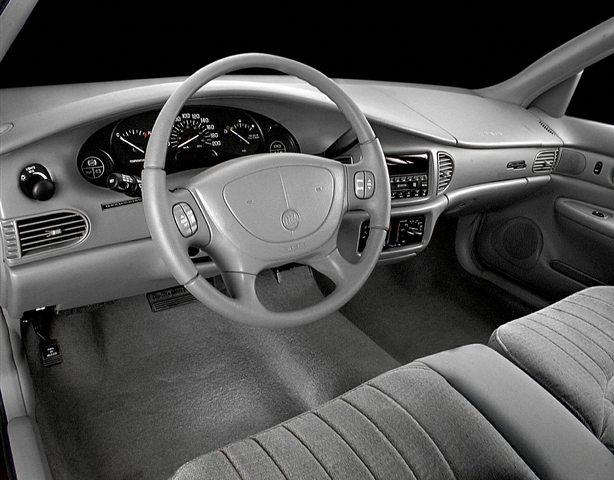 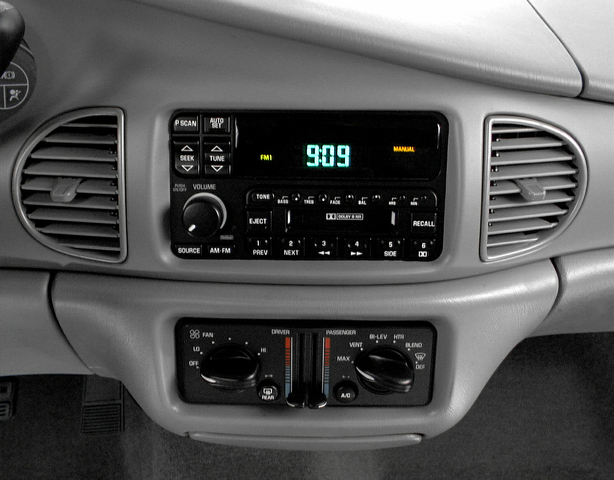 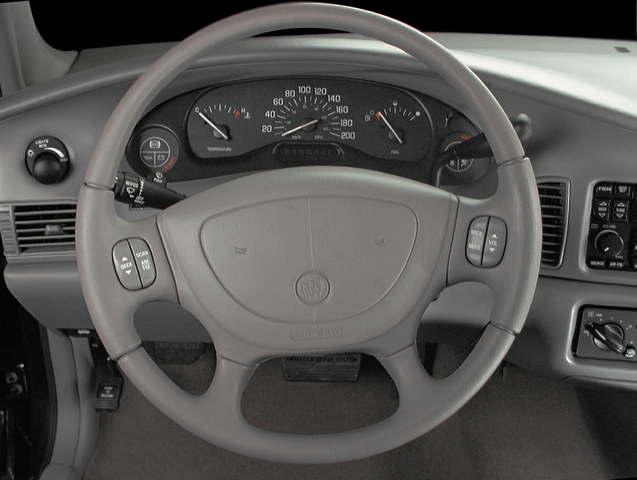 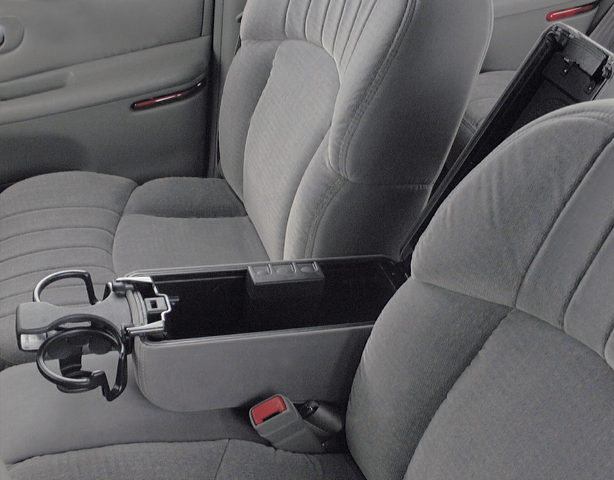 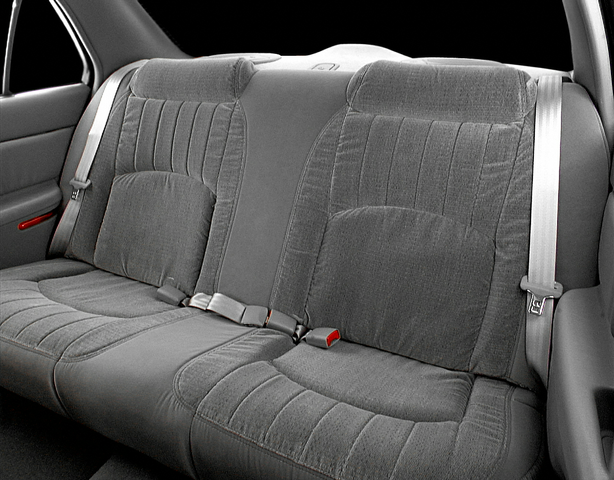