Our 1997 Buick Park Avenue trim comparison will help you decide.

Buick is walking a tightrope these days.

Arguably the most successful builder of traditional American sedans, the General Motors division is busily reinventing itself to attract a new generation of drivers while trying to avoid alienating its large contingent of loyal owners.

Buick’s flagship, the newly revamped Park Avenue, is a perfect case in point. A heavy cruiser of classic proportions, the Park Avenue has to fill the gap left by the rear-wheel-drive Roadmaster, which was axed this year along with GM’s other full-size rear-drivers.

But it also has to appeal to younger people, accustomed to cars that are sporty and fun to drive.

As a bona fide member of Buick’s next-generation target group, I started out way less than excited at the prospect of driving a Park Avenue. Its name evokes some kind of geriatric plushmobile, with its phony allure of wealthy New Yorkers residing near Central Park.

And it arrived in an overly conservative shade of maroon with the pretentious name of Bordeaux red pearl, and matching maroon interior. Boring!

But the top-of-the-line Park Avenue Ultra did hold out some promise, with its powerful supercharged engine, tightened suspension and other performance tweaks. So with mixed feelings, I took the wheel.

The first notion is that the Park Avenue has, as expected, a very quiet, comfortable ride. The bench seats are supportive, and all controls and gauges are simple, straightforward and logically arranged.

Gradually, it began sinking in that the Ultra is quite a sophisticated automobile, a no-nonsense car that does everything well.

There’s an overall feeling of quality and competence about the Park Avenue. Squeaks, rattles and road noise are absent, thanks in part to a stiff platform inherited from the Riviera.Charging along the rough-concrete sections of the Black Canyon Freeway, tire rumble and other noises are distant and unobtrusive.

The V-6 engine ticks away silently under the hood, exceptionally refined for a six-cylinder pushrod engine. The fun starts when you hit the throttle. With a distant growl, the 240 horses accelerate the heavy sedan with a strong, seamless pull, dialing in some muscle-car appeal to go with the class act.

The supercharging system, in which a belt-driven pump forces air into the engine cylinders to boost horsepower and torque, may seem overly complex to some drivers. If so, the standard-issue Park Avenue has a naturally aspirated V-6 that delivers a not-too-shabby 205 horsepower.

The shifting of the automatic transmission is flawless, never harsh or jarring and nearly always in the right gear at the right time.

The Park Avenue’s excellent driveability was a pleasant surprise. The handling is very good, with balanced cornering and minimal body sway.

The good steering system also was appreciated. I expected the same kind of numb, overly light steering that I’ve experienced in any number of luxury cars from Detroit and Japan. But the thick , leather-wrapped steering wheel felt firm and responsive, again showing the quality of GM’s “magna-steer” rack-and-pinion system.

Interior space is very roomy in every dimension, as befitting its big-car role. The dashboard and door panels are pretty staid, but it’s not a bad trade-off for the high level of comfort.The stereo system is superb.

The exterior styling grew on me, its rounded forms accented by sharp creases on the hood and rear, a definite nod toward the acclaimed styling of the Riviera. I’d skip the Bordeaux red pearl, though, and go for a sharper look in black (like the one pictured), silver or a deep blue.

The Park Avenue is not cheap, but compared with Lexus, Lincoln, Infiniti, BMW, Mercedes and other luxury liners, the Buick seems like a lot of car for the money.

Will a reborn Buick pull drivers out of their BMWs? I doubt it. But it should put up a fight for those looking for decent family transport that won’t bore them to tears.

July 29, 2018
By Donjr from Wenatchee
Test drove this car

Would buy but could not agree on price l do own a 2001 park avenue with almost 300k !! Most comfortable car and very good mileage for size!!

Excellent Car in Every Way

I bought a 1997 Park Avenue Ultra in January of 1998. It was a demo vehicle with 1800 miles on it. Black on taupe. Sunroof. Fully loaded with every option. It had the Gran Touring Suspension and was soft yet tight which made it feel a bit more like a German import. With that suspension I'd say it drove as well as a 7 Series I once had a chance to drive if not better. The car lasted very well for 10 solid years. The only things I remember replacing were brakes, a serpentine belt, a battery, tires, fluids, light bulbs and an A/C recharge. Both of the power seats broke and while they could move forward and backward, they couldn't be moved up or down. I remember that was a $3300 repair that I obviously declined and I think just the parts alone were $3000. Other than that I can't really remember anything noteworthy or worthwhile that went wrong with the car in the 10 years I owned it. I drove it cross-country at least 12 times back and forth from LA to NY, NY to WA and ME to FL. It never left me stranded The gas mileage was great, the power was impressive and the roominess was unparalleled. I'm bewildered that no one makes a car like this anymore and that we have to buy SUVs now even to close to something like this. The car had 256,000 miles when I traded it in for a 2008 Enclave.

I've had my 1997 Ultra for 12 years and bought it used with 90K miles. Have maintained it with regular oil changes, keeping the supercharger oiled, and general up keep. Spent ~$4000 in repairs including 2 sets of tires over the years. Making that about ~$333 a year to drive. It now has 214k miles and is still getting 24 to 26 mpg to/from work on 2 lane roads, and 28 mpg on long trips. It has a smooth ride and seats 6 passengers comfortably if needed. Not to mention the pick up, and extras that were standard features. Buick needs to bring the Park Avenue and the 3.8 Engine back. I don't like the smaller uncomfortable replacements..LaCrosse & LuCerne, and won't ever own one either. So you think I like my PA...My husband and I have owned 6 Park Avenues, and including the 2 just bought to replace mine and his 2004 PA Ultra with 215k because we can't find anything else we like, rides as well, low maintenance, and gas mileage for the size car....thus fell safer on the road. 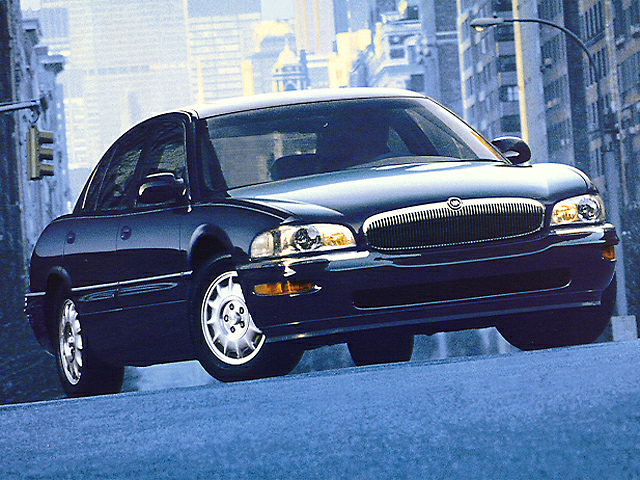 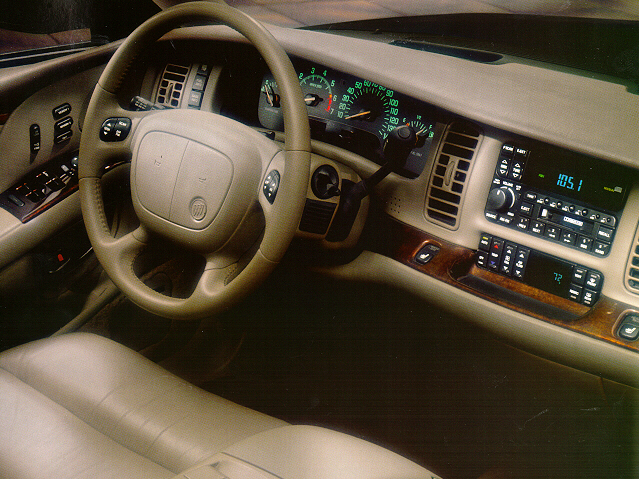