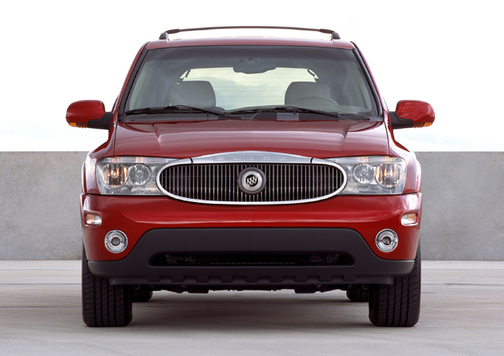 Our 2004 Buick Rainier trim comparison will help you decide.

It was a night of beautiful traffic. The sky was clear, the moon full. The roads were salted, and the drivers on the New Jersey Turnpike were kind.

Maybe it was the cold. The nocturnal scene was frigid, 12 degrees Fahrenheit, according to the Buick Rainier’s outside temperature monitor.

Only a committed hothead would raise hell in that kind of deep freeze. Anger needs heat. None was climatically available. This was good.

The Buick Rainier sport-utility vehicle, new for 2004, is a luxury liner. Although it is built body-on-frame in the manner of traditional SUVs and pickup trucks, it is better suited to peaceful cruising than combat. It is a living room on wheels, best enjoyed at a casual pace, even with the optional 5.3-liter, 290-horsepower V-8 engine in the tested Rainier CXL AWD model.

That does not mean the Rainier is weak. It shares a platform with the GMC Envoy and Chevrolet TrailBlazer, its ostensibly tougher midsize SUV cousins.

The difference, especially in comparison with the TrailBlazer, is that the Rainier is more refined and more politically acceptable.

The TrailBlazer, for example, looks very much like traditional SUVs: square-bodied, rugged, borderline military. It easily could be called the TrailConqueror.

But the Rainier eschews more-macho-than-thou exterior design. It is sleek, car-like, people-friendly. The trademark oval Buick grille mimics a smile. The Rainier’s overall demeanor, inside and out, bespeaks family — albeit a family with a big household income.

There is something reasonable about the Rainier’s proportions. Nowadays, car companies have gotten it in their heads that all SUVs must have third-row seats — that such vehicles must be able to accommodate at least seven people. It is a silly notion.

Few of us drive around with six passengers in tow. That being the case, where is the urgent need for stretching midsize SUVs into something larger to carry seven people? Or, worse, for jamming a third-row “seat” into the rear quarters of a midsize SUV?

The Rainier answers those questions by providing sumptuous seating for five people — no more. It’s an SUV, not a school bus. I like that; and I liked it even more on the drive to Northern Virginia from New York with two family members.

There is peace in space, and the Rainier offers lots of interior space along with a couple of optional “space heaters,” such as those installed in the driver’s and front passenger’s seats in the tested vehicle.

Equipped properly, the all-wheel-drive Rainier CXL can be taken off road. But why would anyone want to do that? The Rainier has a premium exterior paint job and pretty, 17-inch, brushed aluminum wheels. The interior, though largely a work of top-grade vinyl, has leather-surface seating, thick carpeting, and (in the test model) an optional B ose stereo system. Does anyone really want to take that package through thickets, over rocks and fallen logs? I don’t think so, even though the Rainier has a suspension system — independent front suspension, and air springs with load-leveling capability in the rear — that could handle light-to-moderate off-road tasks.

Frankly, I prefer thinking of the Rainier as an excellent station wagon, one that offers an SUV’s high-riding view of the road along with the stability and grace of a well-tuned, large sedan.

You aren’t going to win any road races with it. Inasmuch as the Rainier is not the least bit intimidating, you aren’t going to frighten anyone into giving you more than your share of the road either. It’s just a nice, friendly, very useful and enjoyable vehicle — sort of like a good neighbor. Perhaps it should have been called the Buick Ambassador.

Downside: Some of my peers in the automotive media complain about the amount f vinyl inside the Rainier. I think that’s nanny-nanny-boo-boo nitpicking. Many car companies, foreign and domestic, use vinyl interiors, especially in SUVs. Buick isn’t doing anything unusual.

Ride, acceleration and handling: Lovers of big sedans will applaud the graceful Rainier in all three categories. Truck lovers won’t — they want something hard. The Rainier is a tad soft.

Head-turning quotient: The Rainier is a statesman among SUVs, large or small. It has a dignity and acceptability reminiscent of the Volvo XC90, the first SUV to win a measure of acceptance among the anti-SUV crowd.

Layout/body style: The front-engine Rainier is available as an all-wheel-drive or rear-wheel-drive vehicle. It has traditional body-on-frame construction with four doors and a hatch.

Mileage: I averaged 18 miles per gallon in mostly highway driving.

This is the one that got away! My own fault.

I had my Rainier for 10 years with very few problems. Wish I had never sold it. I loved that car! Looking for another I can afford!

January 30, 2020
By Diwan from California
Owns this car

Rating breakdown (out of 5):
4 people out of 4 found this review helpful. Did you?
Show full review
1.4

July 26, 2019
By Carless on Long Island from Shirley, NY
Used to own this car

Bought used 2 years ago first month ok,then after prev owner had, I called it quits replaced almost everything, power steering and air conditioning needed to b replaced, the engine light came on and a bunch of other things failed. When the transmission started to slip and ultimately would refuse to work at all, I called it quits. I had already spent 2 times more than I did for the truck. I came to find out that the manufacturer, Buick, knew all about these problems and instead of recalling the parts they slithered out of responsibility by issuing Technical Alerts rather than Recalls. Today it is being Junked for $200 dollars, a far cry from it's cost of $5,700. Today I am car or rather truck less for a very, very, very, very long time.

Rating breakdown (out of 5):
2 people out of 3 found this review helpful. Did you?
Show full review
See all 23 consumer reviews

All model years for the Buick Rainier 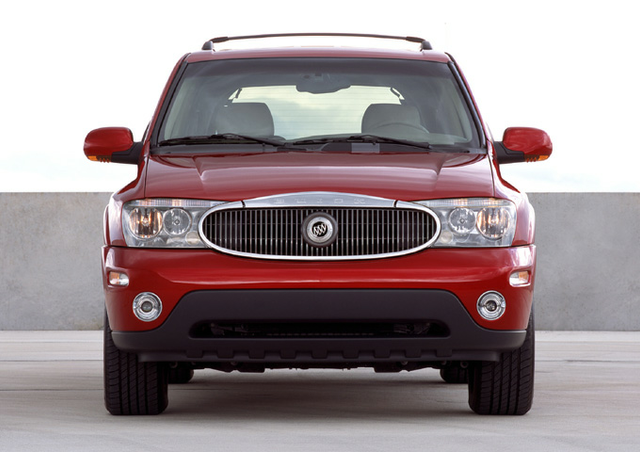 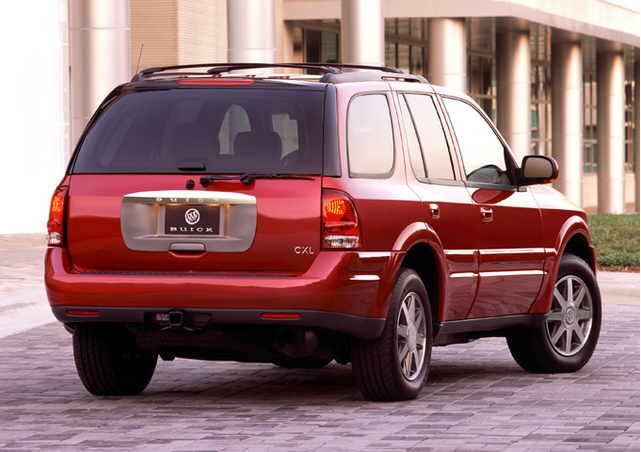 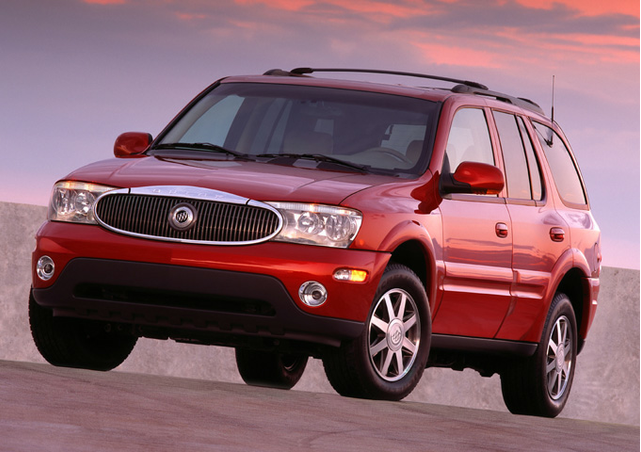 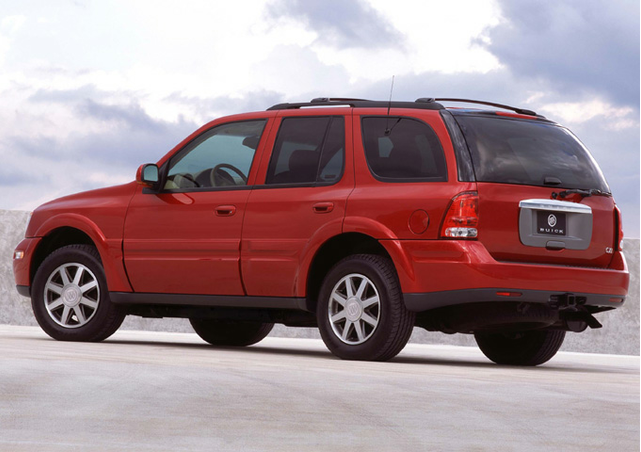 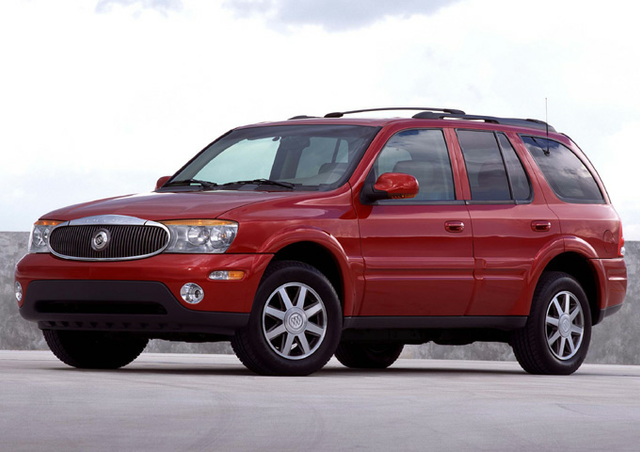 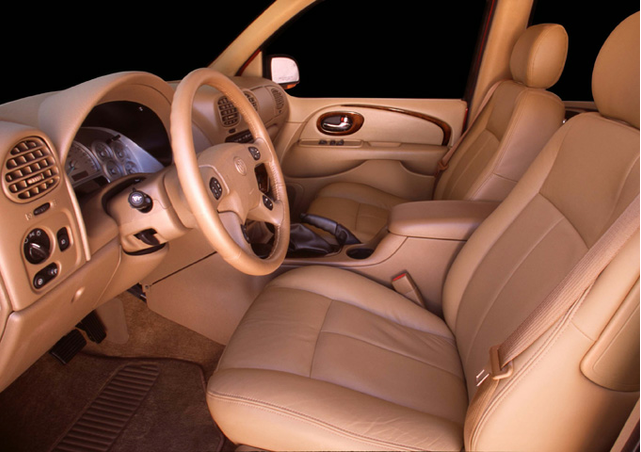 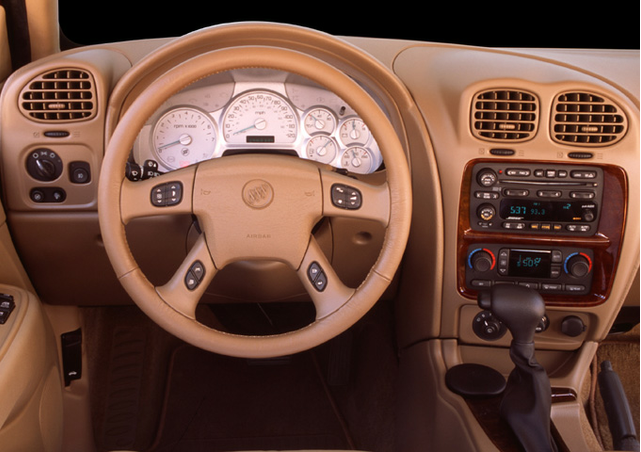