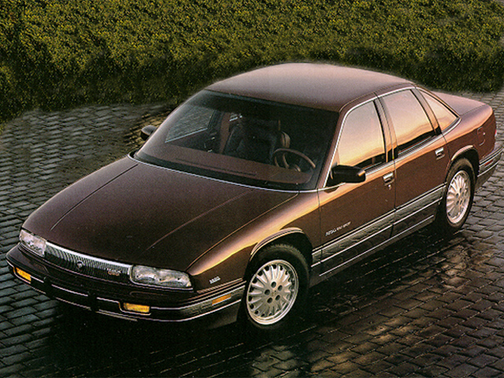 Our 1993 Buick Regal trim comparison will help you decide.

Rather than promote high speed or low price, Buick has hammered home the top-quality message and, as a result, the midsize Regal continues to be one ofthe more desirable vehicles on the market.

We test-drove the 1993 Gran Sport SE sedan, the performance version of the midsize Regal family.

Despite the performance tag, it’s not the fastest car around. It’s not meant to be, even though the standard 3.8-liter, 170-horsepower, V-6 engine teamed with a four-speed automatic transmission has more than ample ability toscoot down the expressway and quickly match or surpass the flow of traffic.

The 19 m.p.g. city/28 highway mileage is a pleasant surprise for a car thatcan seat five people and boasts a trunk that can handle their luggage, golf clubs or groceries.

The car’s Gran Touring suspension is a combination of luxury soft and sports-car firm to provide just the right amount of cushion over bumps and theproper stiffness in sharp corners and turns so that the car and occupants sit flat and in control of the pavement. With that suspension, the Regal Gran Sport takes on the flavor of a Pontiac Grand Prix or Bonneville.

But neither the road-conscious suspension nor an aggressive yet mileage-sensitive V-6 are what makes the Gran Sport a bit special.

The seats set the car apart from its brethren. They are roomy, comfortable and supportive, without the air-filled bladders used in the seats of some carsof Buick’s General Motors sister divisions, such as Chevrolet, which concentrates more on pump-’em-up bucket seats than on pumping up sagging sales.

Regal is the first beneficiary of a new development in seat design that focuses on matching the orthopedic contour of the body. Computers, not ex-contortionists, designed the seats, ensuring a comfortable fit for short and tall, male and female drivers.

Also, backrests have been reshaped to provide more support and avoid lower-back pain for all drivers, regardless of height.

Chances are there is a rather large gap between your lower back and the seat-back cushion in your car. No cushion, no support. To make up for the discomfort, motorists tend to lean their shoulders and upper body forward to force the lower back to make contact with the seat cushion. That hardly makes for the proper position for long-distance travel or aggressive driving when the need or feeling arises.

Kudos and a tip of the hat to the folks from Buick.

We hope, however, that when taking bows, they will work enough oxygen back up into the cranium to give them the energy to correct the car’s few flaws.

We realize some folks prefer those sealed-as-in-a-cell-type locks for addedprotection. Fine. To each his or her own. Our gripe is that you should have a choice of power locks so that you can exit speedily upon arrival at your destination or take a few extra seconds and press the button yourself.

A big plus is the optional remote, keyless entry system. You merely touch the symbol on the key fob to lock or unlock the doors or the trunk after you’ve left the vehicle or as you approach with an armload of groceries. In today’s world, in which parking lots have in some cases been transformed into danger zones, that’s one system you definitely should consider for your next car.

A gripe was that the heating system took an unusually long time to warm thefeet. Twin daughter No. 1 suggested that perhaps it was just old age having aneffect on our circulatory system, a comment that resulted in a definite changein her ability to circulate for the next few weeks. Regardless of how we fiddled with the controls, the upper body was toasting while the toes were still defrosting.

Two words of warning: Take a pass on the optional leather and vinyl seats ($500), which are a bit cool in winter and can feel like the top of a stove insummer.

And please join us in chastising Buick for offering but a single pop-out cupholder in the Gran Sport console. The unit adjusts to a variety of cup sizes if pressed in on the sides-but not so easily that you feel confident theholder and the cup make for a snug fit.

We would prefer the car offered an air bag, rather than radio controls, in the steering column. In the event of a collision, seek and scan are hardly priorities.

This car looks like a grandma's. Car but has. Plenty of power. I drive it like i stole it and has held up very well for the last five years.

I have owned this car for 21 years. If you take care of your car it will take care of you This car is built like a tank. I can say that if I hit an elephant head on I'd probably survive. 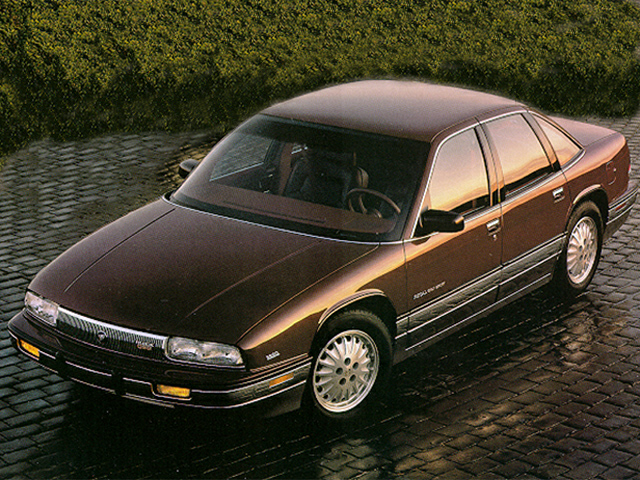