Our 2018 Buick Regal trim comparison will help you decide.

CARS.COM — We reviewed the previous-generation Buick Regal GS in 2016 and concluded that the GS didn’t do enough to distinguish itself as a performance vehicle when compared with other Regal trim levels. Would that be different with the new one? I hit the road outside of Atlanta to find out if the 2018 Buick Regal GS could live up to its Grand Sport name. 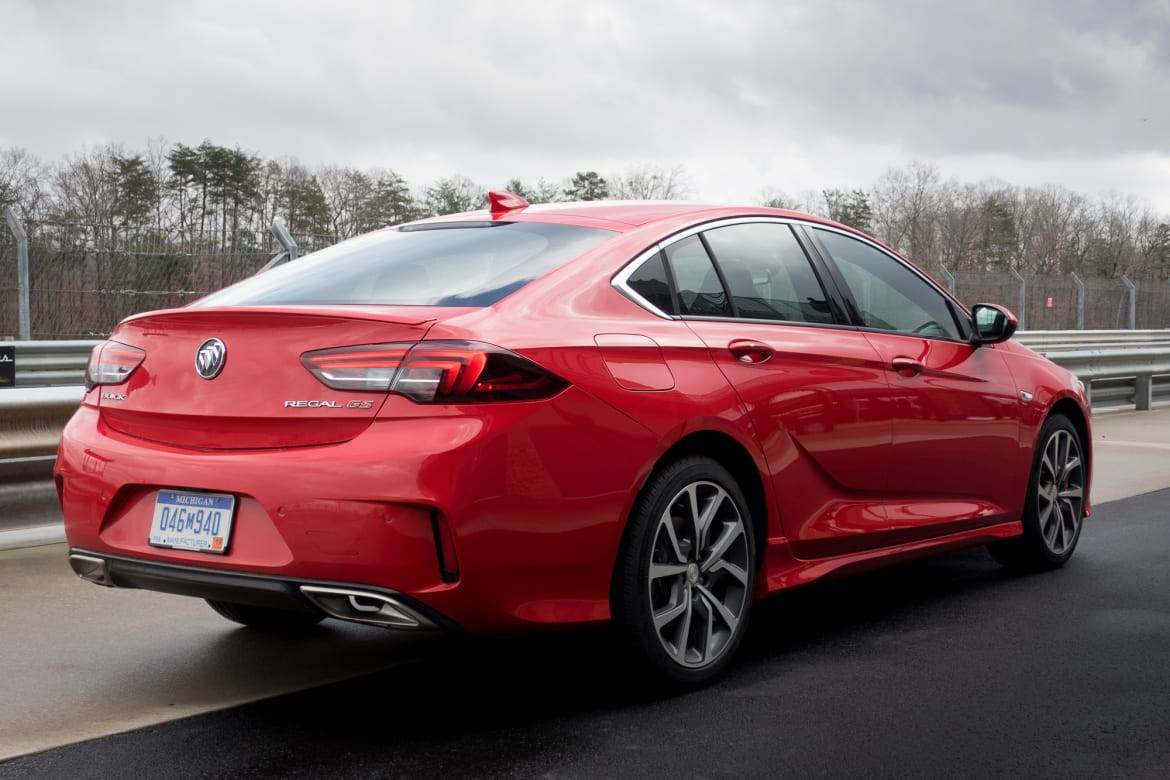 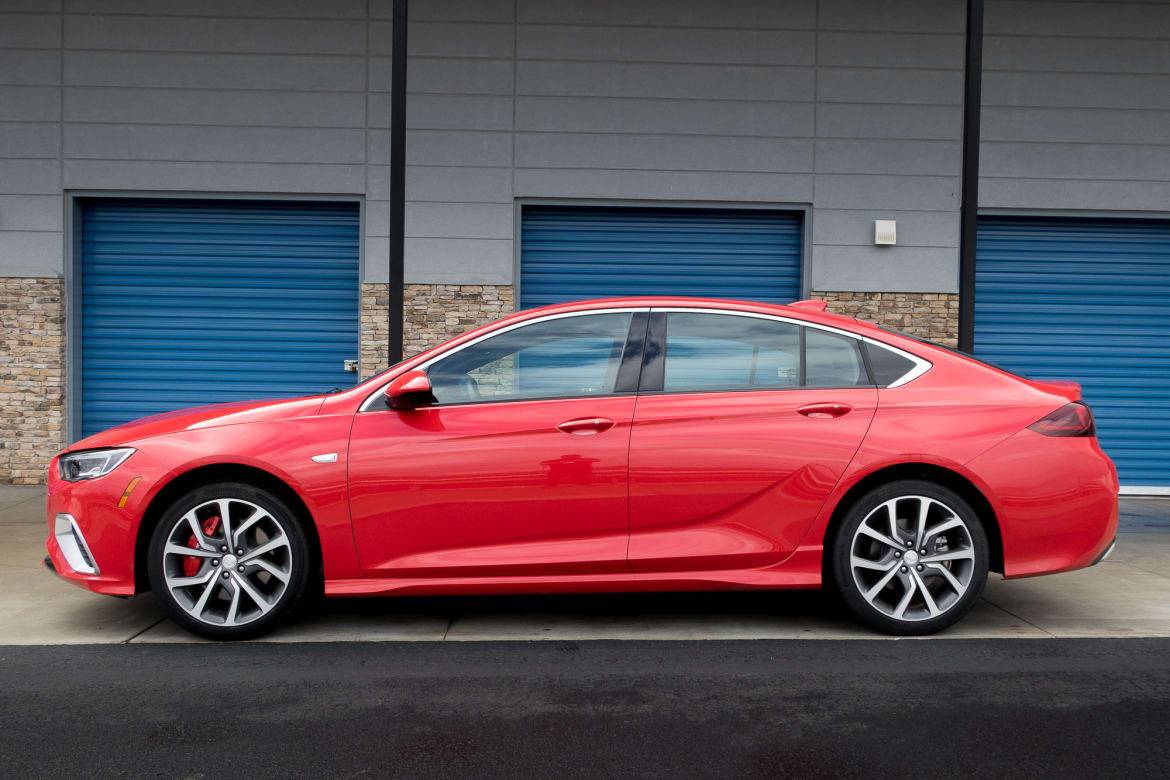 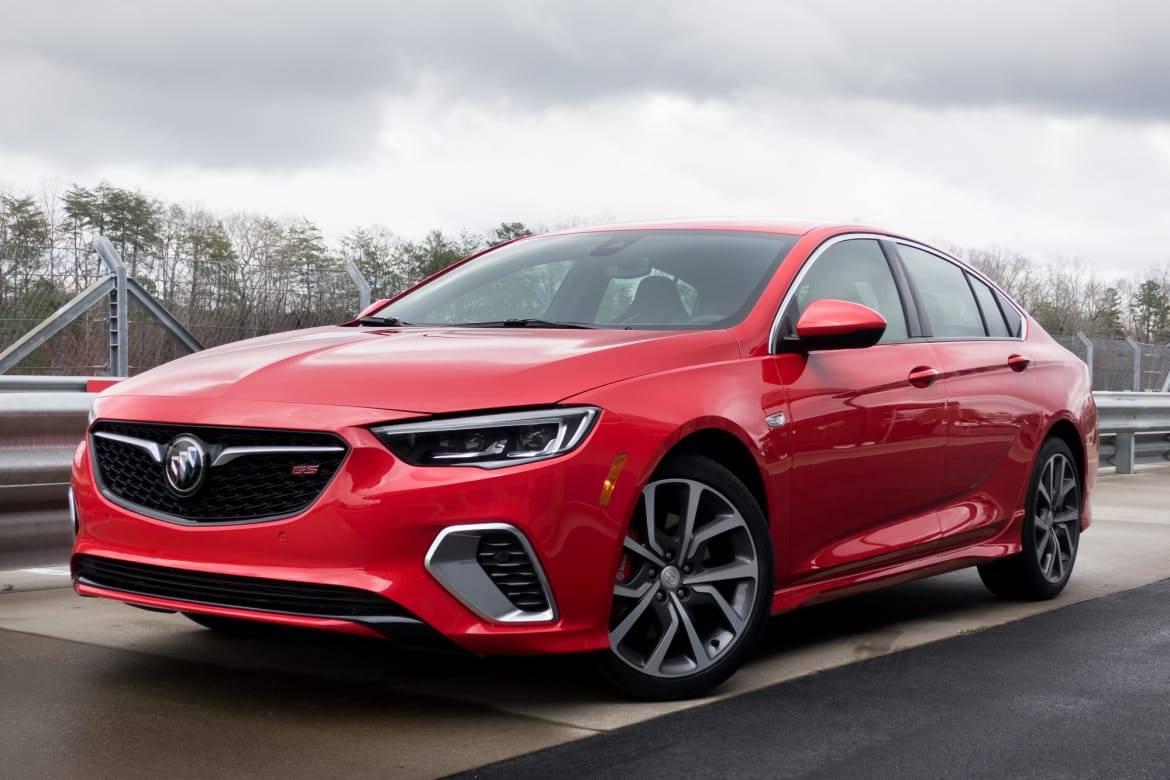 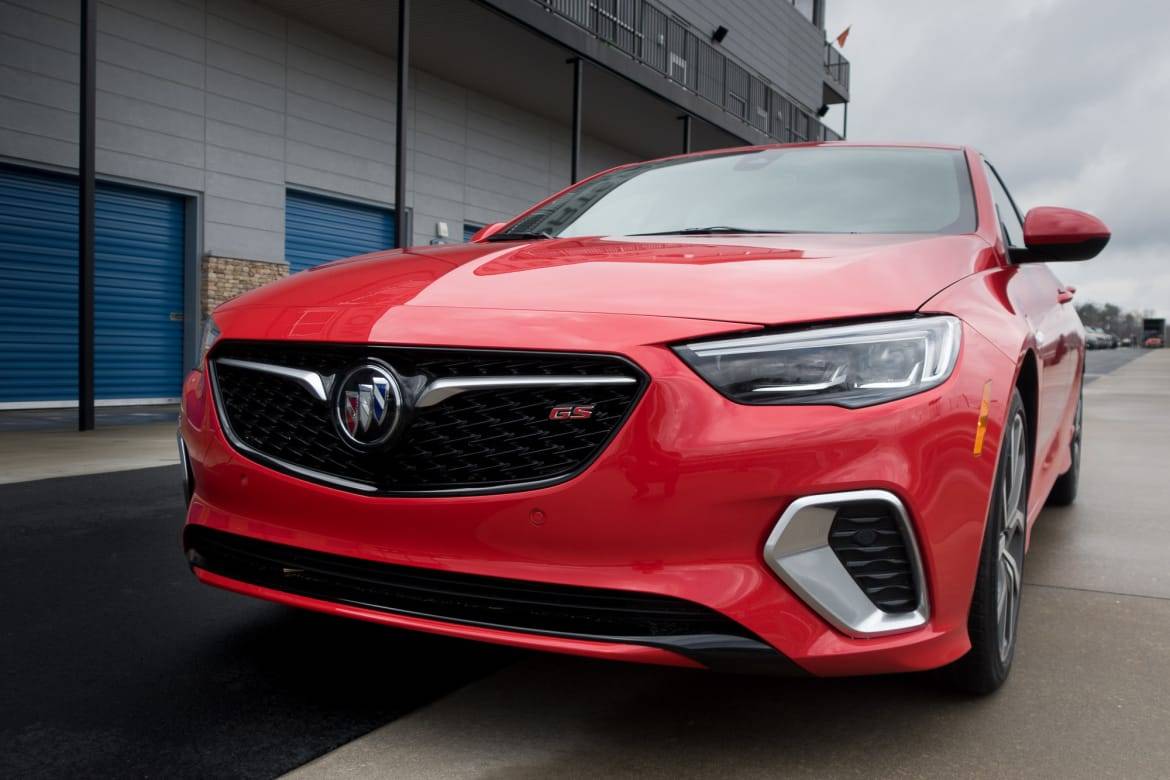 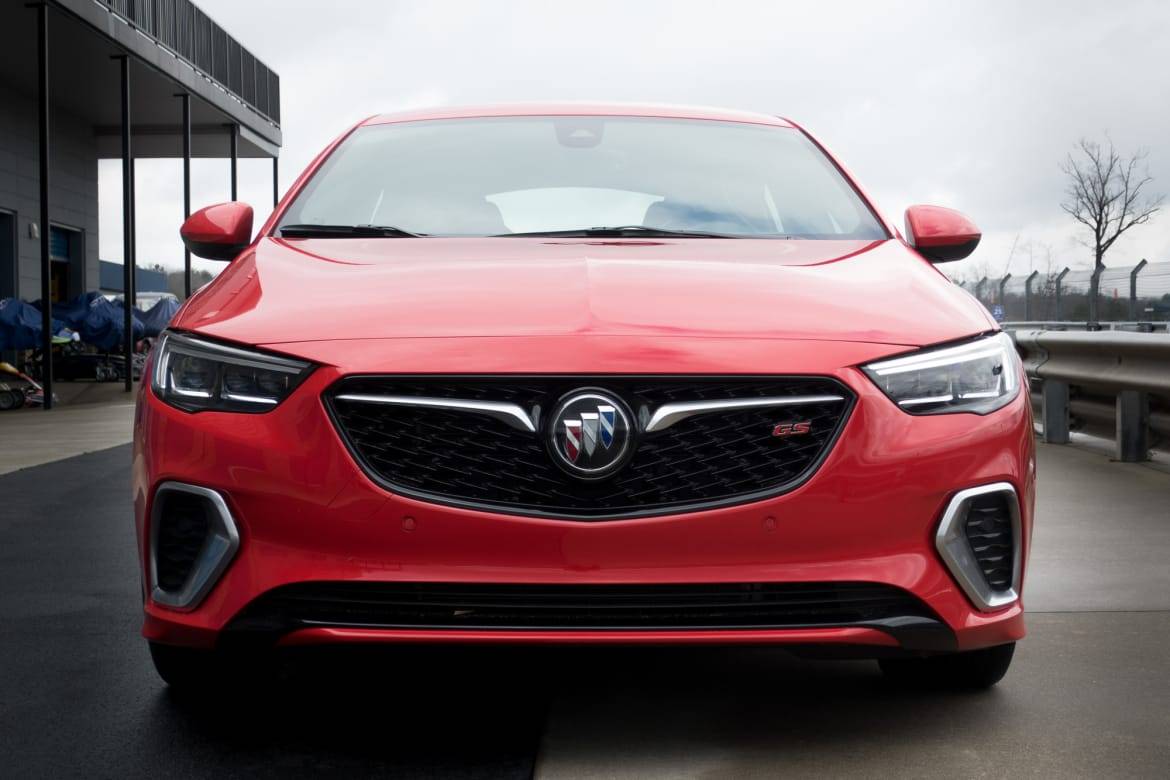 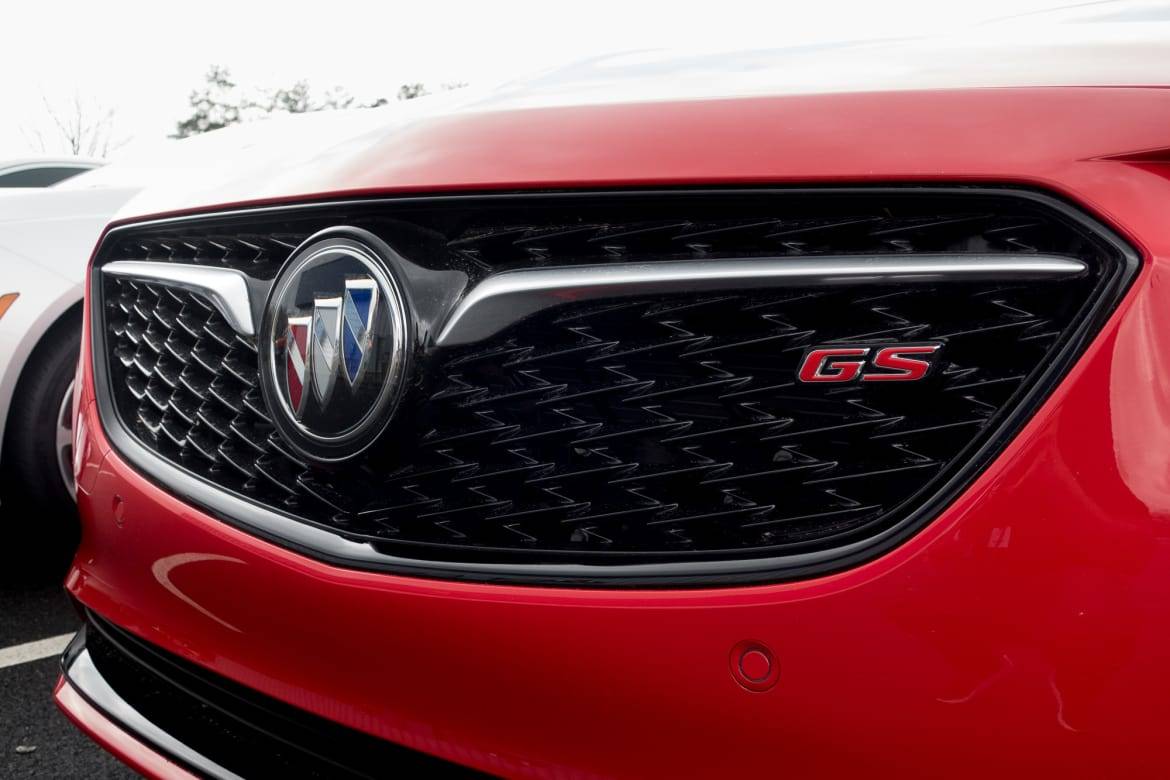 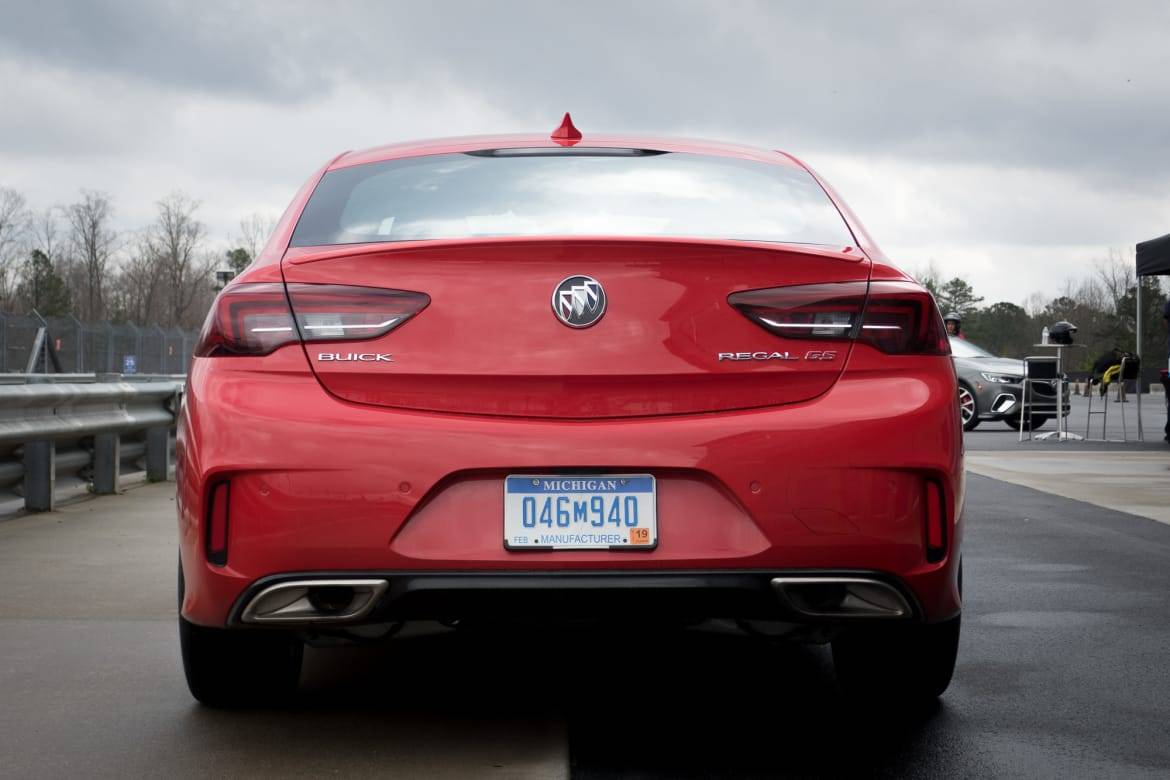 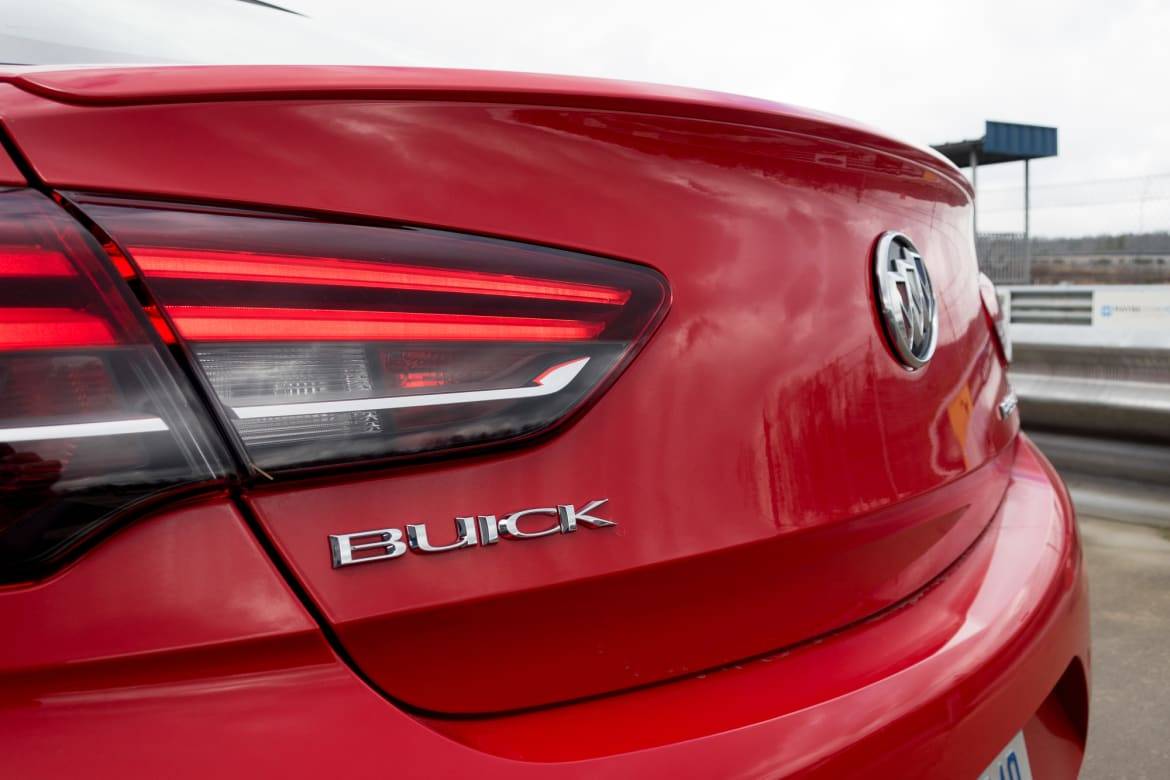 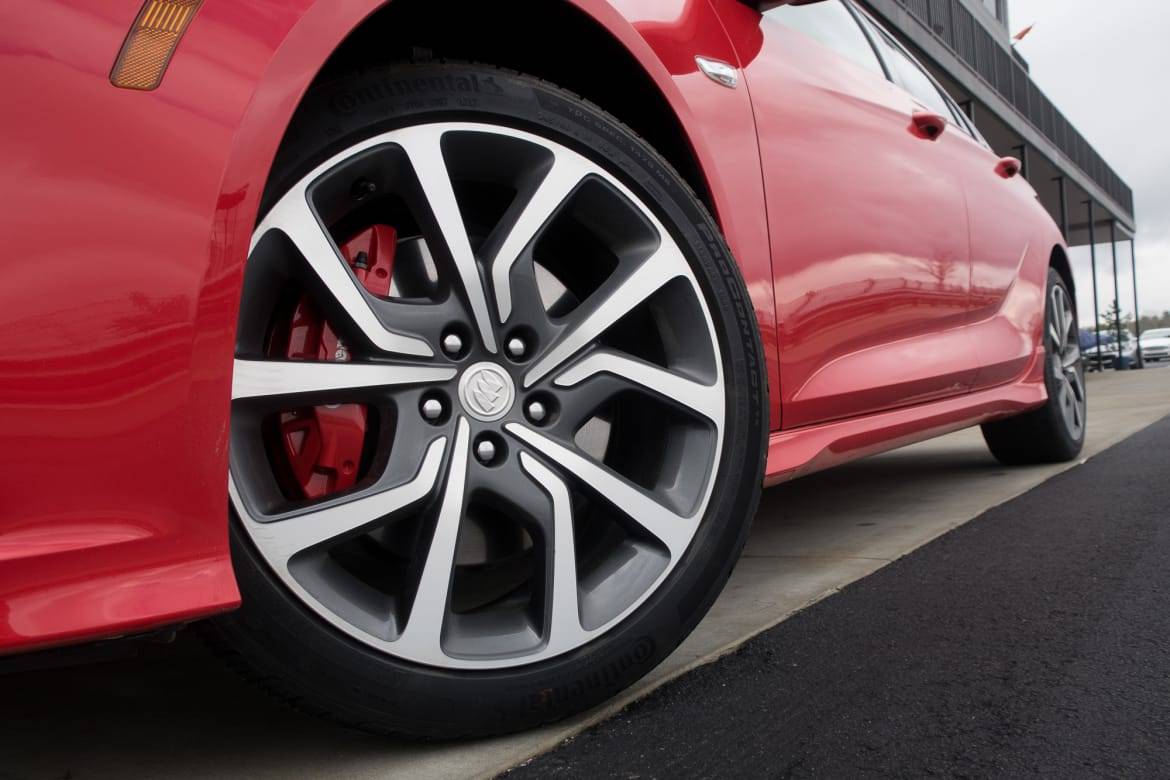 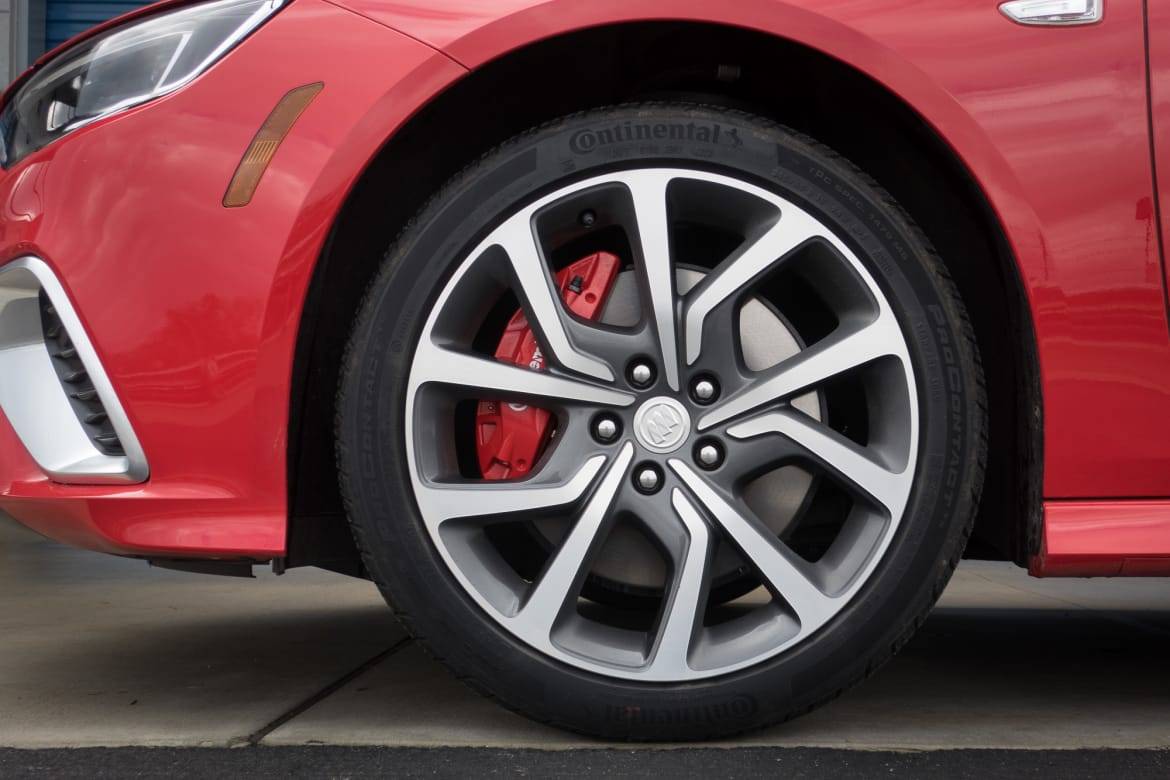 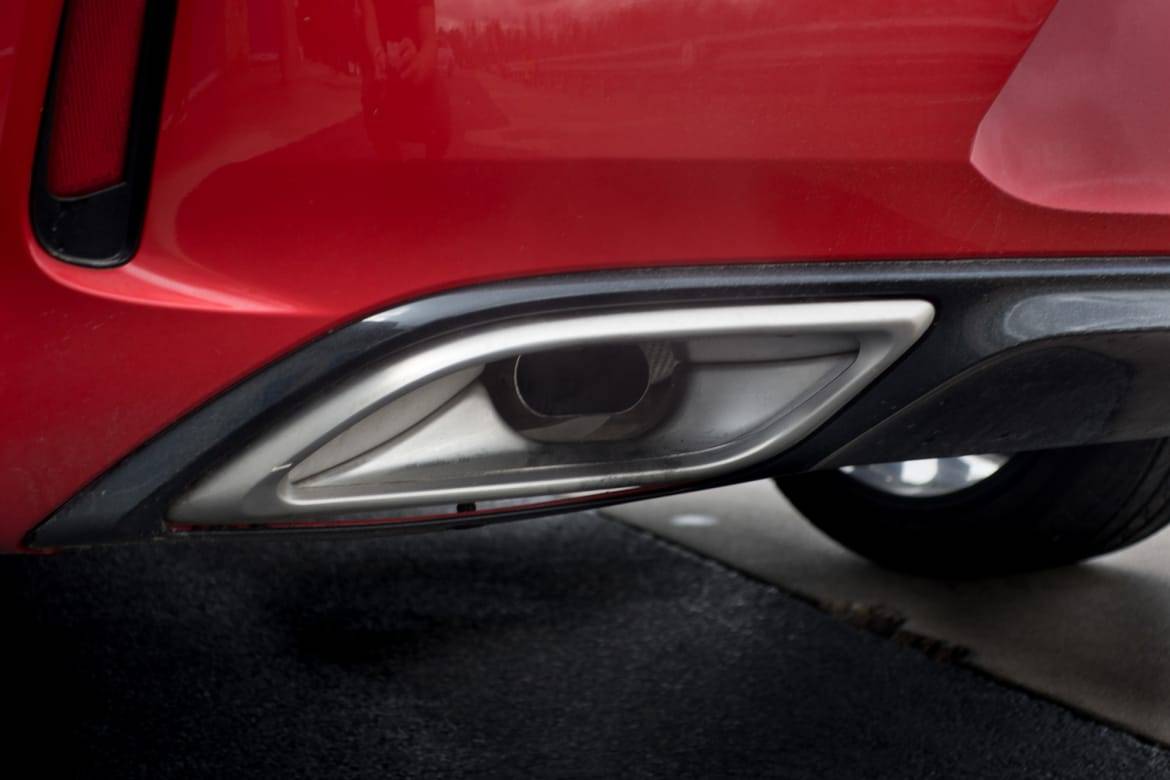 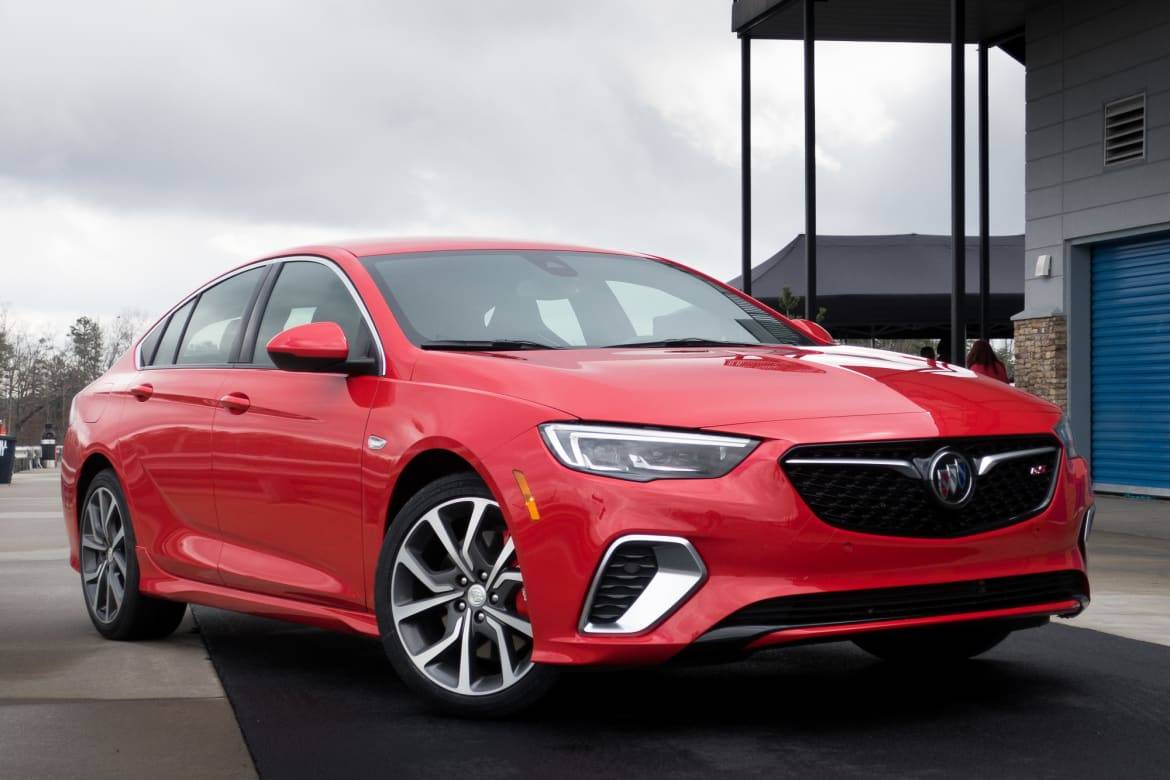 How Does the Regal GS Drive?

The 3.6-liter V-6 in the GS makes more 60 more horsepower than the 250-hp, turbocharged 2.0-liter four-cylinder in the standard Regal, but it weirdly makes less torque than that engine does in AWD Regal models (295 pounds-feet versus 282 pounds-feet with the V-6). The Buick Regal GS adds a nine-speed automatic with its AWD system, while the regular model only gets an eight-speed. The AWD system is the same one found in the Regal Sportback and Regal TourX. It’s an active twin-clutch system (similar to the one found under the Ford Focus RS) that can transfer 100 percent of the engine’s torque from front to rear and left to right rear wheels when conditions call for it.

Does the jump up in engine size pay off with performance dividends? Not really. I found the powertrain to be the weakest part of the Regal GS’ performance credibility. It seems hesitant to accelerate both off the line and while traveling at speed. This is like the experience that Cars.com reviewer Aaron Bragman noted in his First Drive of the Regal Sportback, saying, “Put your foot down in the AWD model, and the delay between pedal action and downshift is palpable, putting a damper on entertaining sportiness.”

The Regal GS doesn’t have steering-wheel-mounted transmission paddle shifters, which could really help deal with the engine’s responsiveness. It’s a weird thing to not put into a so-called performance-oriented vehicle. The standard Regal is also missing them, as Bragman noted in his review of the 2018 Buick Regal. Yes, you can use the gear shift to select gears, but it really isn’t the same thing. The V-6 doesn’t make maximum torque until 5,200 rpm, so it exacerbates the issue. Buick, I beg you: Paddles for the next car, please.

Once it does get moving, though, the Regal GS does have performance strengths. In Normal driving mode, the Buick’s ride is pliant and comfortable, but if you bump the car into Sport or GS mode, the suspension noticeably tightens up and the GS becomes surprisingly proficient in the corners for a 4,270-pound sedan. Both modes also add weight to the steering that gives the driver added confidence with increased resistance. I enjoyed throwing the Regal GS into corners, but when I would try to put power down to maintain momentum I would get a little frustrated again.

One performance feature I appreciated: The Buick’s Sport driving mode is customizable, so you can add steering weight to the car if you prefer while keeping the suspension in Normal mode, which is more comfortable on longer trips.

Other features the Buick Regal GS does very well are its unique front sport seats, which are excellent, and the auto start-stop system that’s nearly seamless — which is good, because you can’t turn it off. Those front seats are standard on the Regal GS, and come with heating/ventilation/massage features and powered side bolsters and thigh support. They’re seriously comfortable, and I wish they were standard on every car I drive. 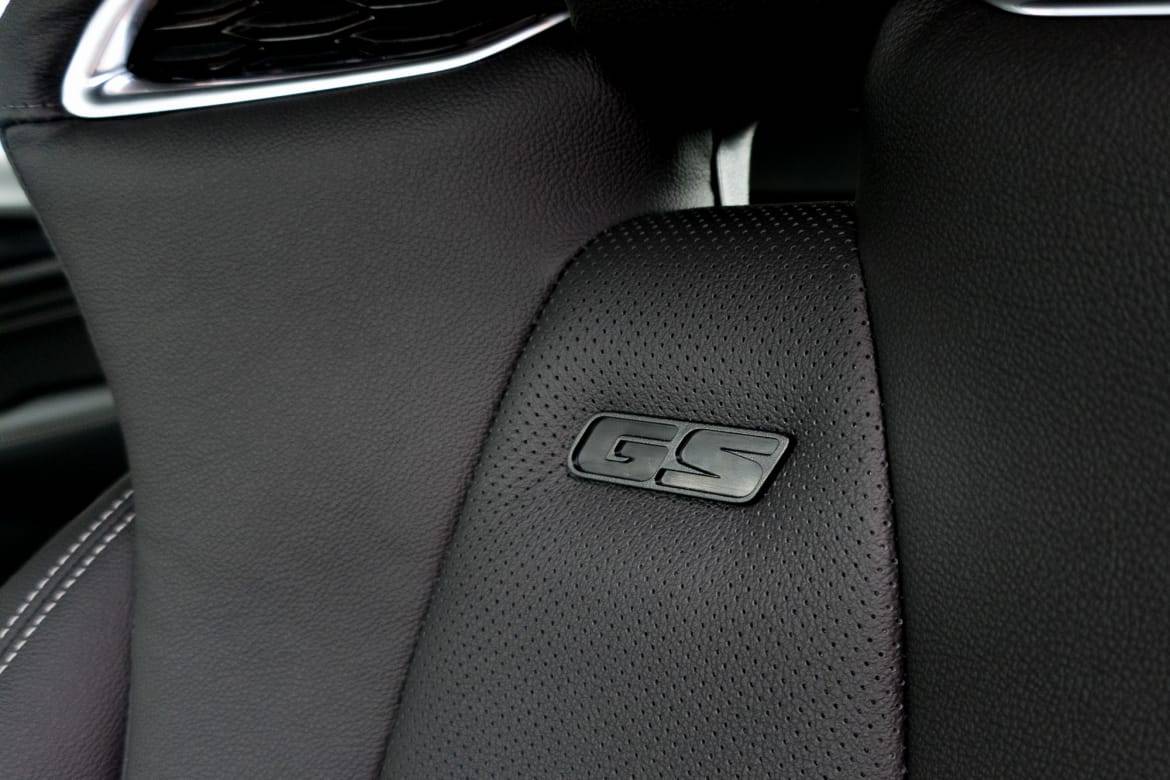 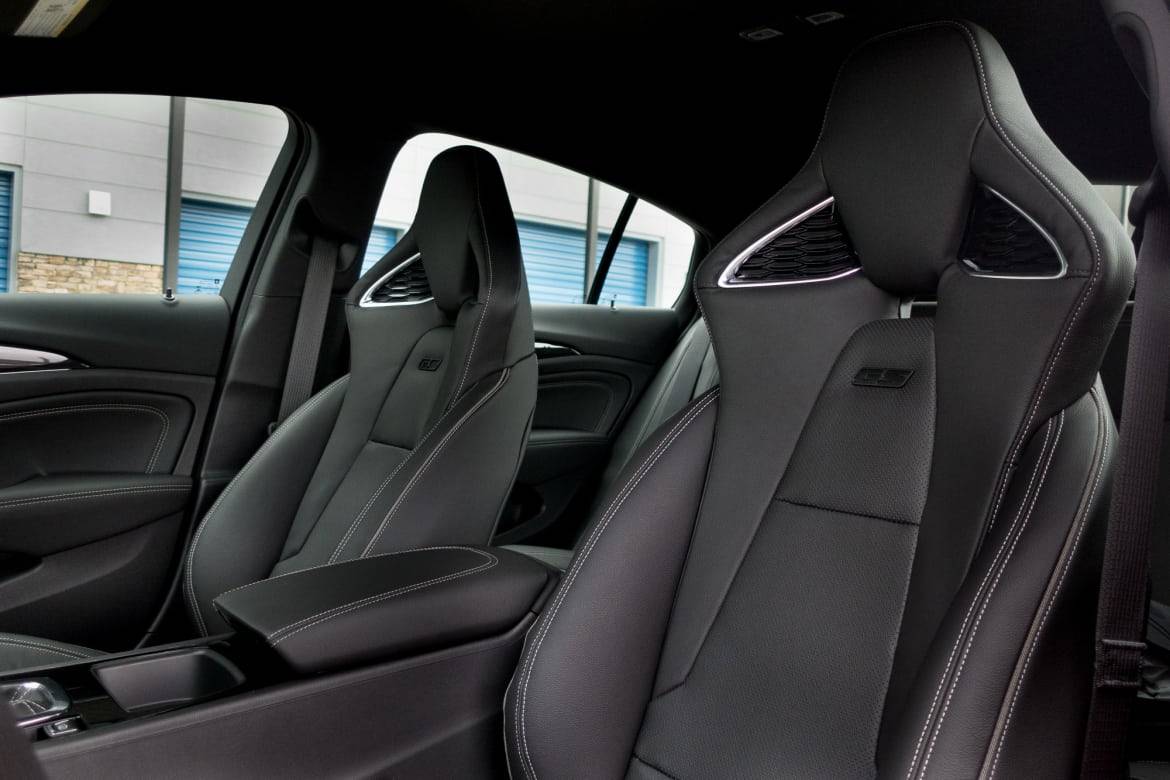 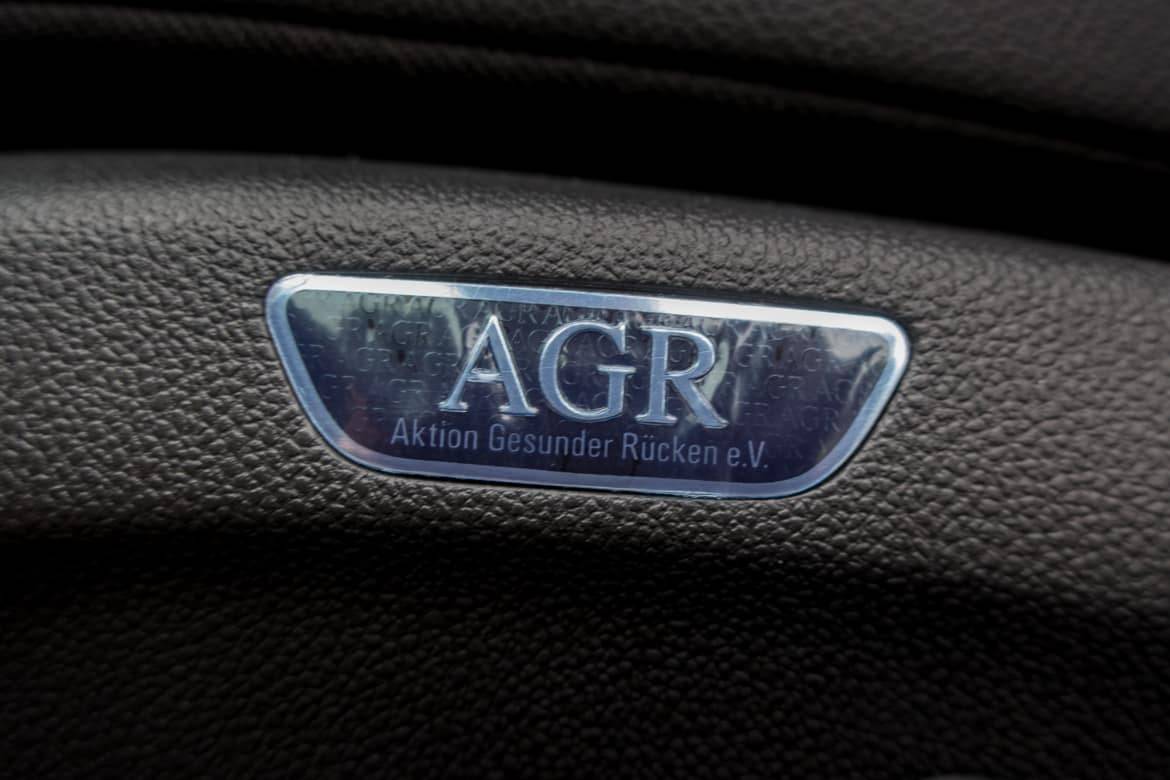 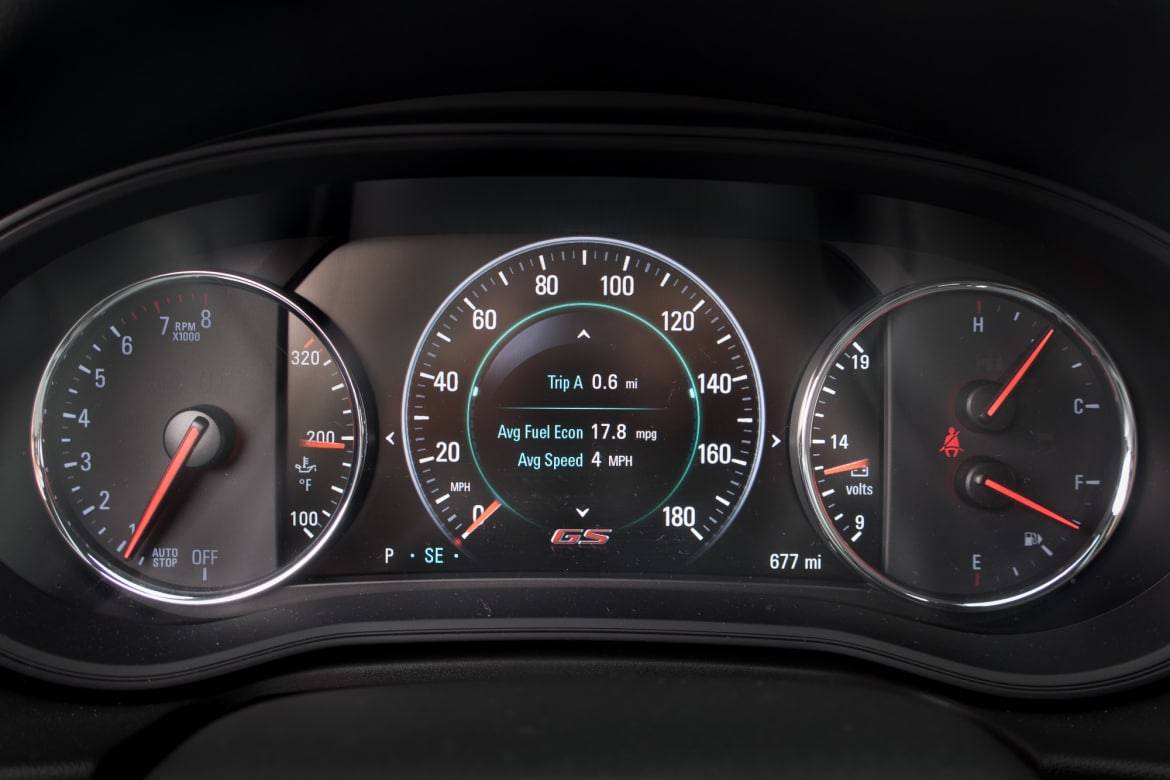 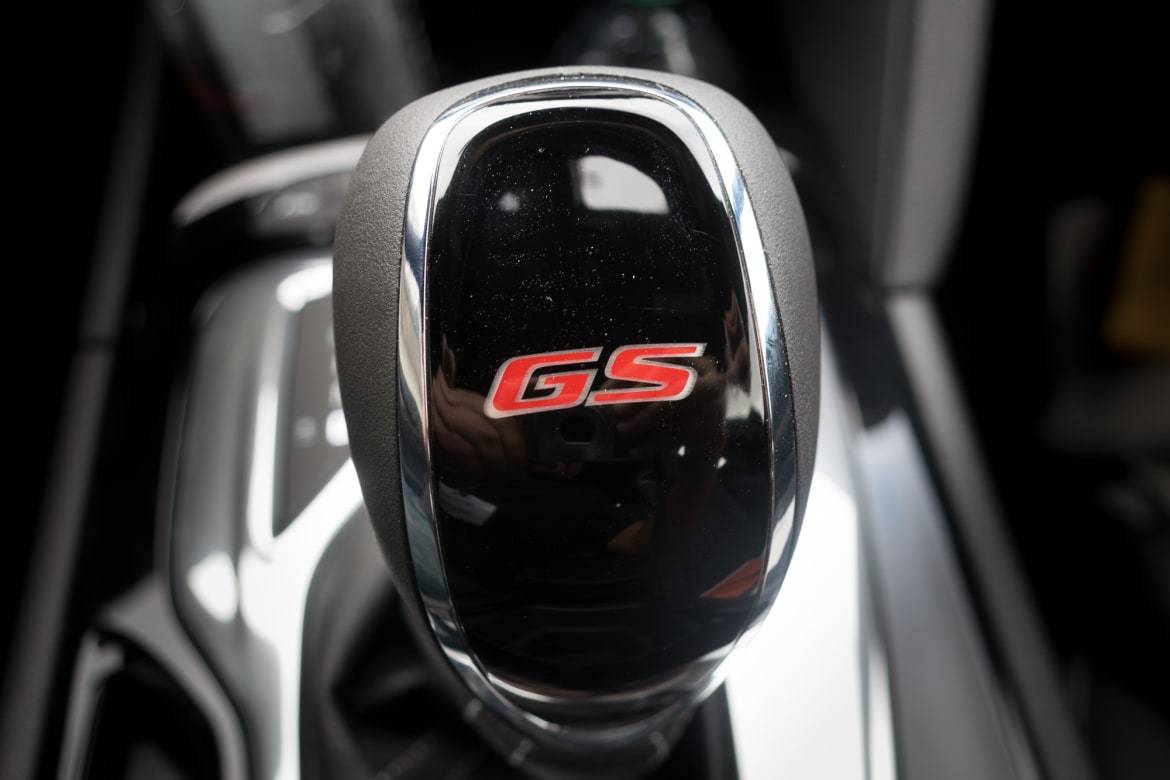 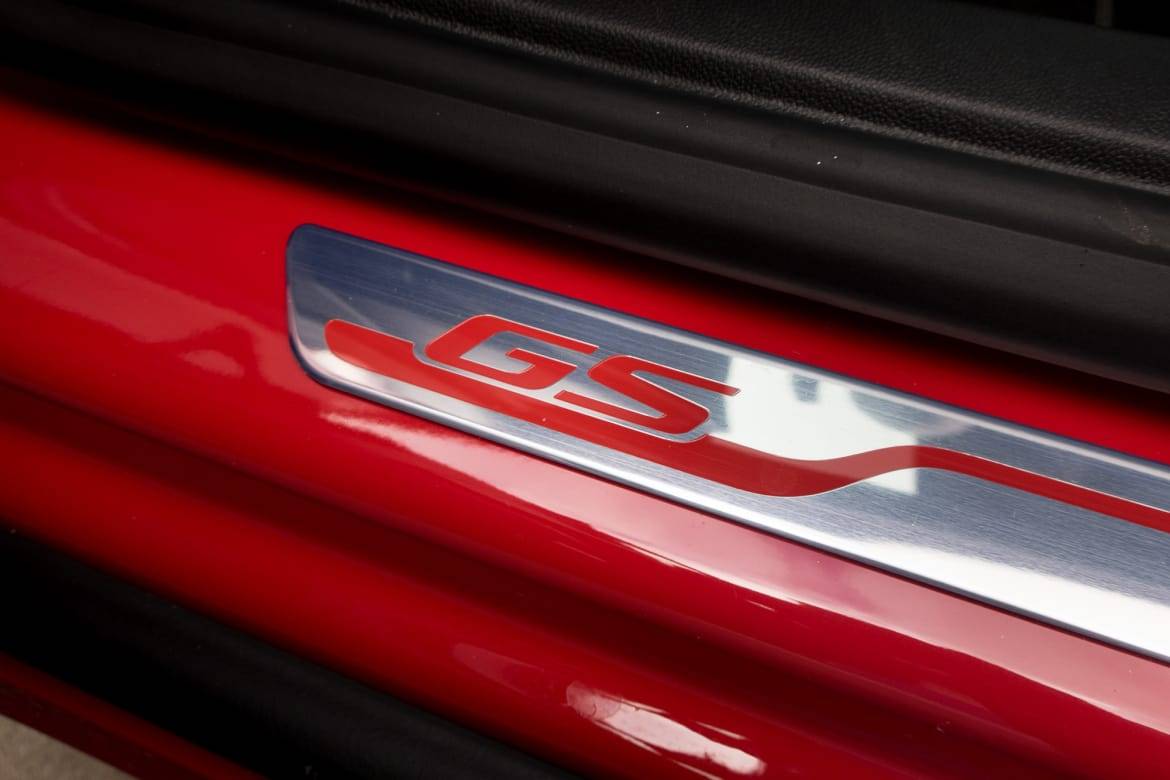 How Much Does the Regal GS Cost?

The Regal GS starts at $39,990 with destination charge. Our test car added three available packages: the Sights and Sounds Package for $945, with navigation, HD radio and a Bose audio system; the Driver Confidence Package #2 for $1,690 that includes adaptive cruise control, automatic forward emergency braking with pedestrian detection, lane keep assist and a head-up display; and the Appearance Package for $485, with wireless charging pad, LED headlights, cornering lamps and automatic high beams. Tack on another $395 for the smoked pearl metallic paint and you reach the $43,510 as-tested price.

Is the Regal GS Grand or Sport?

While the Buick Regal GS fulfills the Grand part of its name with a comfortable ride and those wonderful seats, the Sport part still feels unfulfilled to me. That powertrain holds the Regal GS back a bit. I think the 2018 Regal GS is an excellent touring car, and I’d be more than happy taking it on long trips to utilize its ride quality, quiet cabin and cargo room. Now, if Buick could reach over to the Cadillac side of GM to borrow one of those twin-turbocharged 3.0-liter V-6 engines from the CT6 with maximum torque coming at 2,500 rpm for the Buick Regal, I’d travel back to Atlanta — or anywhere else — to take a peek.

this car is excelent for a retired person. I would recomend it to anyone shopping for a used car that does charge you more than the kbb price

it is very stylish, lots of leg room it has plenty of power,it rides great and handles great,the inside in laid out nice,plenty of options ,and the exterior color is beautiful.

Usually purchased bmws 3 and 5 series but given the regal gs at40k verses 70 k?! I decided to give it a try. Yes the bmw 440 is a higher performer but 30k difference , it’s not that much better. Plus all wheel drive 6 cyl, burns regular. Front masssaging heated and cooled seats. This is a no brainer. Although I do miss my stick shift

September 13, 2018
News
Buick Regal Gets the Premium Avenir Treatment for 2019