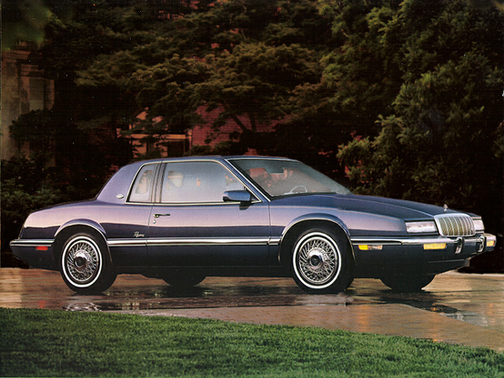 Our 1992 Buick Riviera trim comparison will help you decide.

In this case, however, appearances are deceiving.

It turns out that the Riviera is not only mild but a bit stale, too.

The 1980s probably will not be remembered as a decade loaded with blockbuster automotive designs. In fact, there are few 1980s cars likely to become classics. But the current model Riviera may one day reach that status based solely on its classy styling.

Thisbody style Riviera was born in 1986, and though it never really caught on with buyers, the elegant-looking coupe has helped enhance Buick’s image as an automaker that designs cars with character.

But time has caught up with the Riviera.

This version of the car should have been closed out with the 1980s.

Mechanically, the Riviera feels dated when compared with many other front-wheel-drive GM cars. Its interior also seems to lag far behind the times.

However, if you prefer form over function and finesse, you are going to have a tough time finding a better-looking American-made luxury coupe priced in the mid-$20,000s.

All Rivieras are built with GM’s best V-6, the durable and economical 3.8 liter (231 cubic inch) engine. A computer-controlled four-speed automaticis the only gearbox available.

For some reason, the 3.8-liter and automatic transmission didn’t feel smooth and refined in the Riviera. I recently tested a 1993 Pontiac Bonneville SLE with the same drivetrain and felt it offered smoothness and performance on par with Acura and BMW.

The lack of refinement I detected in the Riviera probably is not a function of the drivetrain. It may be that its body and chassis are outdated. The Bonneville is a modern car designed and engineered with the latest technology. The Riviera is not. Therefore, when you accelerate in the Riviera you can hear and feel the engine a little more than you’d like in a luxury coupe. Through the steering wheel you feel a slight tugging (called torque steer) as power is transmitted to the front wheels.

This is a trait of many front-wheel cars of the 1980s. Engineers, for the most part, have learned to eliminate the problem.

On the plus side, the Riviera turned in a stellar performance at the gas pump.

Not many 3,500-pound, five-passenger luxury coupes can give you 28 mpg on the highway and 24 in the city. That’s the fuel economy the Riviera delivered in my one-week, 450-mile test.

As long as you don’t push the Riviera too hard, you’ll steer clear of trouble.

The car is very satisfying to drive on long stretches of smooth pavement and through easy, gentle curves.

But take it on a roughly paved road and you’ll hear a muted roar from the tires that seems to be telegraphed straight to the interior.

Try t o hustle around a curve quickly and you’ll find the Riviera will comply, but not easily. It doesn’t have a taut, athletic feel – it rides like a luxury car. Perhaps that’s well-suited to the Riviera’s mission. The car appeals to an older buyer.

The power-assisted rack and pinion steering feels somewhat dull. And you can forget about any sharp turns. The steering radius is a wide 39.4 feet.

However, the four-wheel power-assisted anti-lock brakes are excellent.

The test car came with a soft, comfortable set of red leather bucket seats and a floor-mounted shifter housed in a console.

I found the seats, which are electrically adjustable, to be comfortable after a two-hour drive. The dash featured an analog speedometer and tachometer that were a bit small.

The dash is where the Riv really shows its age. It is a hulking chunk of plastic that dominates the interior to the point that it could make the driver feel claustrophobic.

Th automatic air-conditioning system is typical GM: excellent. So was the stereo system, which contained a CD player.

Aside from some loose trim around the shifter, the test car seemed to be built well.

Average-size passengers are likely to be fairly comfortable in the rear seat. There’s ample headroom and legroom, and the seat is as inviting as a soft leather sofa.

All in all, the Riviera is a decent car. Next year, Buick is rumored to be bringing out a new version.

But the current model is likely to be remembered as one of the best cars of the 1980s.

Truett’s tip: The Buick Riviera is one of the nicest looking cars of the 1980s. But the 1993 model year is under way, and this car feels old.

My Mother in law loved it It was her last car.

July 3, 2019
By Republicandemocrat from Carlsbad ca.
Owns this car

It was my mother in law's last car. She loved it....took care of it, & the largest expence was her trans repair at 127k. It now has 151,333 & still runs great. It needs the plastic for the trunk latch, otherwise, The paints still nice... The interior is nice... The stock alloy wheels could use a clean. But it's reliable, & has held up well. I find The digital display interesting......

December 13, 2009
By Riv Master from Illinois
Owns this car

My Riv is as old as I am (19), but still runs like new. People see this car and think it is a beater, until they actually sit inside. Mine is loaded. The Rivieras were made to last. I would highly recommend this to a first time car buyer or even a Winter car. It handles like a dream. I could not be happier with what I have gotten out of my Riv.

A Car Made for the Old but Driven By The Young

I am not an older driver, but rather a relatively new driver. The riviera was the first car i bought on my own and i loved it. It drives like a dream. Most of my friends laugh at it until they get in and then they can't believe how well it handles and rides. It is a great car if you are looking for something as a starter or if you want old school style. 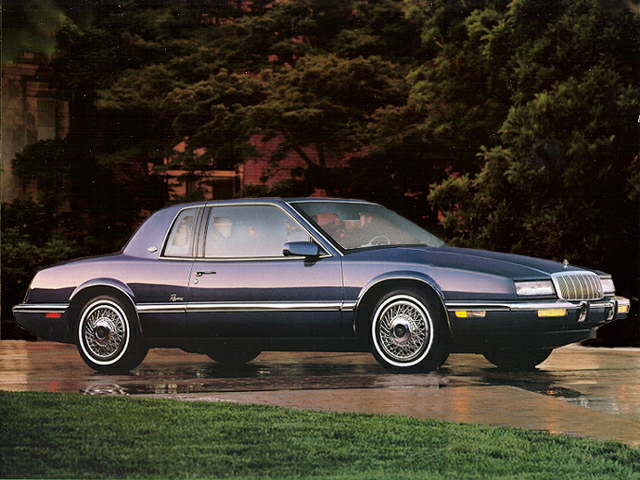