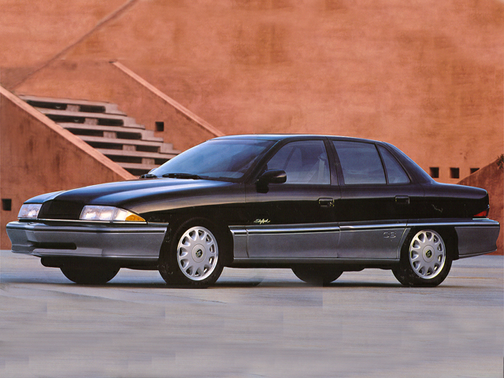 Our 1994 Buick Skylark trim comparison will help you decide.

There’s a tendency among some consumers and a growing contingent of the automotive media to focus on new sheet metal at the expense of 2-, 3- or 4-year-old body styles with technological improvements.

Based on that, the 1994 Buick Skylark would be overlooked since the body panels are the same as they were for 1993.

But that wouldn’t do justice to the fact that the compact needed only a fewlittle changes to become more desirable-a 4-speed automatic transmission, a quieter and more fuel efficient V-6 engine, an air bag and an engineer to redothe power locking system so you could open the door without having to push thebutton once you put the car in park.

For the 1994 model year, Buick addressed each of those aggravations. For the new model year, consumers get a 4-speed automatic and not just the 3-speedthat General Motors foisted on Buick in the Skylark, Pontiac in the Grand Am and Oldsmobile in the Achieva to get rid of a bunch of the transmissions.

And they get a driver-side air bag. GM, you may recall, insisted that consumers don’t use air bags as often as they do anti-lock brakes so they offered ABS in most of their cars and procrastinated on air bags. Of course the reason ABS was promoted and air bags were pooh poohed is that GM makes itsown ABS but has to get bags from outside suppliers. It’s called keeping the profit in the family. Anyway, after enough consumer yelping, GM now offers a driver- side bag in the 1994 Skylark (Grand Am and Achieva, too). A passenger-side bag isn’t available, but the driver-side cushion is a good start.

We test drove the 1994 Skylark Gran Sport coupe with the 3.1 V-6 and 4-speed automatic and found one more benefit from dropping the 3.3. The revised 3.1 offers quieter operation and less noise at acceleration from the line. And even with a 5 h.p. difference, the 3.1 delivers more than adequate power to move from the light, pass or merge-more quietly.

And having one more forward gear makes a difference. Perhaps it’s only psychological, but that one extra gear seems to get the most out of the 3.1’s horses.

That 3.1, 4-speed combo is standard on the Gran Sport sedan and Skylark Limited sedan, too.

Our test car also came with the standard touring suspension that hugs the road and allows the car to sit flat for better driver control in sharp cornersor turns.

Contributing to the gripping capability and helping ensure tight corners atspeed are the Goodyear p205/55R16 Eagle GA radial tires standard on the Gran Sport. The Custom sedan and coupe and Limited sedan have to rely on 14-inch Michelin all-season radials as standard, 15-inch all seasons as optional. The Limited sedan also offers the 16-inch tires as an option. Those who choose a Custom should get the 15-inch tires, those who go for a Limited the 16-inch treads.

With the touring suspension and 16-inch tires the Gran Sport has very good lateral movement and control. The price you pay is a little stiffness and harshness over the big bumps in the road.

Complementing the lively .1 V-6 and the nimble ride and sure-footed handling is the security you get from knowing an air bag is in the wheelhub and anti-lock is at all four wheels. We stood on the binders on wet pavement and the Gran Sport stopped straight without wavering.

As for that other change noted above, the one in which owners wanted the power door lock system to let them go once they arrived at their destination, Buick engineers gave in for 1994. It used to be that the doors would lock whenyou started the car and shifted into drive but wouldn’t automatically unlock when you stopped the car and shifted into park. Until you pressed the unlock button, you were held hostage in your own car. They called the system “power” locking, but you were powerless to step into your own driveway until reaching for the button.

While the system prohibited swift exit from the car, some motorists demanded it, insisting there are parts of this country where you don’t want the doors to automatically unlock when you pull into a parking space-such as just about anywhere in New York or Detroit between downtown and any of the Pointes or Bloomfield Hills.

For 1994, a dealer can remove a fuse so that when you stop and put the lever in park the door will automatically unlock so you can make a speedy departure. Thank you, GM.

A couple of other nice touches to the Gran Sport are the cupholder/coinholder that pull out from the lower console and the tissue holder in that console. One change we’d like to make, however, is streamliningthe power window/door lock controls in the upper front of the door where they tend to get in the way of the driver’s knee.

Other changes for 1994 include adding a Polo Green exterior color, shortening the window wiper stalk that was as long if not longer than the gearshift lever, lighting the power window switches for better nighttime visibility, dropping adjustable ride control but adding a new electric power sliding sunroof with shade (midyear) and replacing the power antenna with a rear glass grid antenna (midyear).

And when it comes to paying attention to the teenie weenie details, kudos to Buick for placing a pair of blue dots at the opening where the CD disk is inserted into the optional dash mounted player to make it easier for users to see at night.

To capitalize on the rising value of the Japanese yen against the U.S. dollar and the subsequent hefty price increases on those foreign cars, Buick is offering several “market value” editions for 1994. These are models with options made standard at a discounted price.

In the Skylark line the Custom coupe and sedan will start at $13,995 yet include such options as air conditioning, rear window defogger, cruise controland tilt wheel. That represents a savings of $960 from the price of the car with those items added as options.

Best car I ever had...got my money's worth!!

May 15, 2008
By Skylark-loving midwestern girl from Topeka, KS
Owns this car

I bought my '94 Skylark 3.1v6 Custom Sedan in Dec'94 with 28k miles on it. I drove it to about 200k miles, my husband drove it to about 290k and my stepson rolled it over 300k! I think when we quit driving it and let it rest in peace, it had 306k miles on it..original engine, original tranny. No major work ever done on either, just the regular maintenance stuff and minor repairs through the years. It averaged about 30-32 on the highway, which is what most of the miles were, obviously. I'd definitely recommend one if somebody needs a commuter car, or a good second car. I must say, I was sad when Buick announced they were discontinuing the Skylark after 1998! 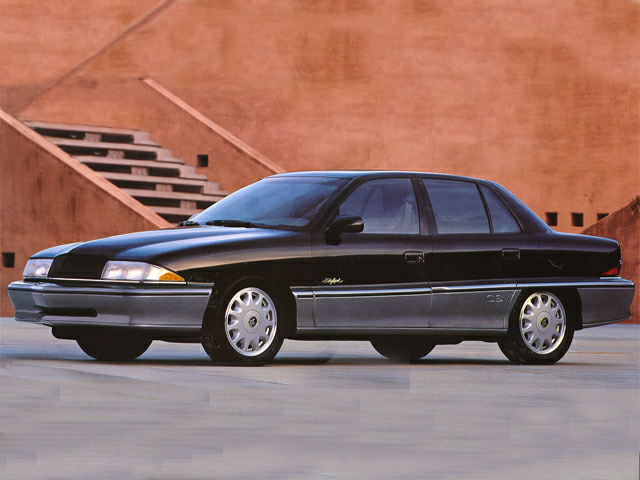