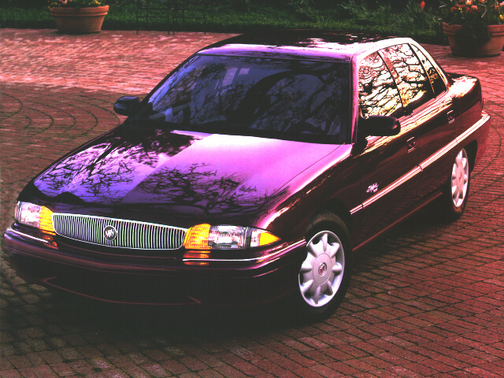 Our 1996 Buick Skylark trim comparison will help you decide.

What is it about the Buick Skylark that gets it no respect?

It’s never in the front of Buick’s catalog, nor first in the hearts of its buyers. It fills the entry-level niche at luxury-oriented Buick, sharing its underpinnings with the Pontiac Grand Am and Oldsmobile Achieva. It sells the fewest copies of the three.

But there’s plenty to change that for ’96.

To start with, stylists tamed the Skylark’s bodacious beak, giving it a more conservative look (the swoopy side trim is retained). It’s certainly a more acceptable look for Buick’s mature buyers. The back end is much the same, but the result is an improved set of feathers for Buick’s bird.

Trim levels are the same as last year: entry-level Custom, upscale Limited, and sporty Gran Sport, each available as a two-door or four-dour.

The four-door is the more practical choice, as the sporting character of this car isn’t overwhelming. The standard engine is GM’s new 2.4-liter Twin-Cam Four, which produces 150 horses. The optional 3.1-liter V-6 is the better choice, not so much for its additional five horsepower, but for 185 foot-pounds of torque that come at a lower point. It works better with the standard four-speed automatic transmission. The result is good acceleration, although the engine has a gruff exhaust note when pushed.

In the handling department, the snubbed-down sports suspension does an agreeable job, but isn’t sophisticated enough to smother big bumps. It tends to transfer them to the passenger compartment while the front end exhibits some float.

But that’s the only sour note for handling. The standard front disc-rear drum power brakes with anti-lock brought the car to a halt without fanfare. Traction control also is standard this year, as are dual airbags, bringing this car’s safety up to date with its competitors.

Inside, the good news continues. Last year’s flaring, nightmarish interior has flown the coop, replaced by a modern dash that it shares with its Oldsmobile cousin. Three rotary knobs manage the climate control system and have a good feel, as do all the switches. The Skylark is still cursed with GM’s tacky windshield wiper/bright lights/cruise control/turn signal stalk that never gets any easier to use.

What is easier to use are the seat belts. No longer anchored to the doors, they’re on the pillar, where they belong. In addition, they’re adjustable.

Skylark’s gauges are marked clearly and are easy to read.

The biggest improvement is in seating. The front buckets in this car, redesigned this year, are some of GM’s most supportive and comfortable. Long drives didn’t bring out any driver fatigue — rare for an inexpensive car, especially from GM. The power window and lock switches are ideally placed. This year, GM also has switched to a single key for doors, ignition and trunk, making life a little easier.

But there are still nits to pick. The automatic transmission lever is just tall enough to knock while trying to adjust the stereo. The storage bin’s odd shape renders it almost useless, and its mouse-fur lining sheds. There’s no place for coins, unusual for a newly redesigned car. But these are little things in a car the interior of which is so improved.

GM stylists have tamed the weird, wild nature of the Skylark. But, while gentling this bird, they also gave it a more refined look, bringing it into line with a Buick customer’s expectations. While not outstanding in any area, this baby Buick is a competent choice in a compact car.

Now if they would just improve the suspension, it might finally get some respect….

January 13, 2020
By carhaver from Saginaw MI
Owns this car

Really reliable old car, I've driven mine cross country and it still runs fine. Big on maintenance and doing own repairs however. Gets bout 25-28mpg. Ok on most terrain, difficulty with high desert mountain and heavy snow (low to ground). Not enough arm room, interior very sofa like. Some basic repairs a pain due to how engine situated. This model seems to be fond of having the instrument cluster crap out and it can be hard to find at junk jards. Not a good snow drifting car since it lacks a handbreak.

I THINK YOU GET WHAT YOU PAY FOR, THE IS NOT THAT STYLISH BUT IT IS RELIABLE, AND THE MAINTENCE AND UP KEEP IS NOT EXPENSIVE

November 12, 2006
By Amber from Cincinnati, Ohio
Owns this car

Although this is a good car in terms of price and size I have had problems with it running rough despite a tune up which has been a disappointment. 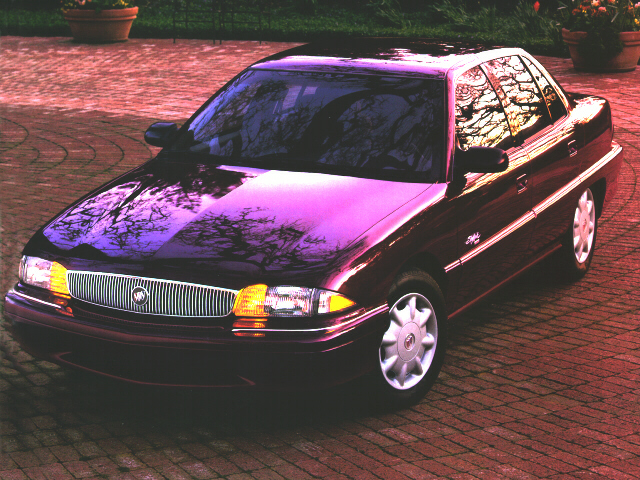