Our 1992 Chevrolet Cavalier trim comparison will help you decide.

The Chevrolet Cavalier VL sedan proves that no-frills transportation need not be boring.

This week’s test car came dressed in the coolest shade of aqua green this side of Aruba. It had a peppy four-cylinder engine and a sporty interior featuring a five-speed stick and a pair of comfortable bucket seats.

The Cavalier is Chevrolet’s best-selling car, and it’s easy to see why: Compared with other cars in its price range, the car offers a good value.

This year, anti-lock brakes and power door locks are standard equipment on Cavaliers. These are two expensive options on most other small cars.

Cavalier is built well, has plenty of room, handles nicely and sports conservative, yet contemporary, styling. The four-cylinder Cavalier is a miser at the gas pumps.

If you have only a little money to spend on a new car, take a look at the Cavalier VL sedan.

PERFORMANCE Chevy engineers have improved the Cavalier’s 2.2-liter four-cylinder this year by reworking several of the engine’s fuel injection components. The result is a smoother, more powerful engine.

Horsepower is 110 in 1992, up from 95 last year. But one pays a price for taking advantage of the added power. In most instances the engine runs quietly. However, when accelerating quickly, the exhaust system makes a loud buzzing noise. A better muffler probably would quell the racket. The car is quiet when cruising.

Fuel economy was excellent. Cavalier is EPA-rated at 25 miles per gallon in the city and 36 on the highway. The test car turned in a solid 31 mpg in combined city and highway driving. The 15.2-gallon fuel tank – big for a small car – means that the average driver will stop at the gas station about once every two weeks and part with about $17 to fill the tank.

The test car’s five-speed manual transmission was an easy-shifting gearbox. The clutch pedal moved easily and required a light touch.

Chevy says the Cavalier will travel from zero to 60 mph in 10 seconds. That’s good enough to muscle past slower-moving traffic and merge easily onto the interstate.

HANDLING It has taken General Motors a long time to get the bugs out of its front-wheel-drive cars. This year’s Cavalier is the first GM car whose driving characteristics compare favorably with the imports’.

There is no trace of torque steer (a pulling to the left or right) upon acceleration. In fact, if you didn’t look under the hood, you wouldn’t know the Cavalier’s front wheels are the ones doing the work.

The Cavalier’s suspension system is soft, and that makes for some bouncy motoring over rough terrain. However, the Cavalier does not ride like a typical small car. The suspension is able to soak up most minor imperfections in the pavement. You never feel claustrophobic, as you do in some other small cars.

The brakes were a major surprise. They were the best I have tested in quite a while on a compact car. They brought the Cavalier t o a trauma-free stop with ease. Emergency stops don’t cause the front of the car to nosedive, and if needed, the standard anti-lock system provides an extra measure of stopping power.

FIT AND FINISH Late in the 1991 model year, Chevrolet gave the Cavalier’s interior a major Tune up.

The switches and controls for the lights, turn signals and windshield wiper were replaced with all-new ones. They are bigger and easier to reach, and because their bright orange graphic displays are easier to read, they require less fuss to use.

The gray cloth bucket seats in the test car show that Chevy is making progress in driver comfort. Previous Cavaliers I have test-driven had seats that were woefully short of lower back and thigh support.

But the seats in the test car were close to being right on target in comfort. All they need now are adjustable headrests.

Interior room is nothing short of excellent for both front and rear passengers. Visibility is also ex ellent, owing to the large back window and to a driving position that offers a clear view over the hood.

I had the Z24. Loved this car. Thought it had nice styling. Handled great. In the snow, it was like a 4 wheel drive. It just went! With the traction control and stability control, it would pull straight and stop straight. The automatic trans would shift when you wanted it to by controlling the throttle pedal pressure. Only problem I had was a water leak somewhere. Traded it in with over 100, 000 miles. It drove and looked almost new. Salesmen were fighting over who would get my car after it was traded.

love it ! very dependable car rides and drives awesome , looks nice , good body style , not to bad on gas , lots of room inside , good car to drive on trips and good family car 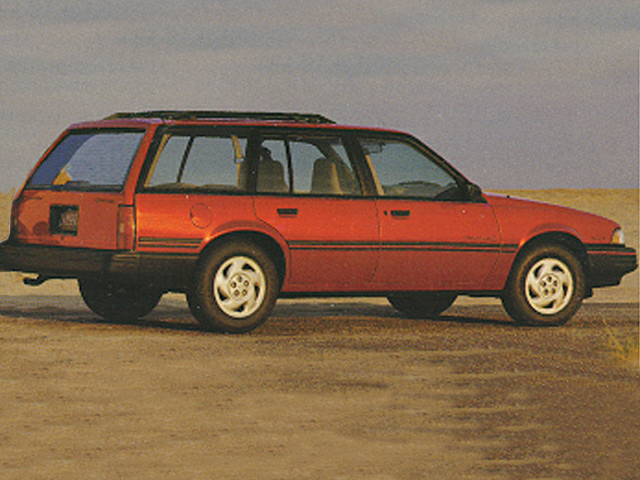