Our 1996 Chevrolet Lumina trim comparison will help you decide.

I was on the phone to an old friend I was about to visit. He asked what carI would be driving. Upon hearing the words, “Chevy Lumina,” he laughed. “Irent those,” he said.

You, too, might laugh. But then, you probably don’t drive a Lumina.

What many see as its weakness is its strength: its sheer ordinariness.

Park it in New York City. No one will steal it. The opposite sex will notflock to you. Your neighbor won’t ask you where you got that nice set ofwheels. You’ll probably see it next to you in traffic with some company’s logoplastered on the side. Conservatively styled and priced, the Lumina goes aboutits duties with the quiet dignity of a faithful servant.

It’s available in base and LS trim levels. The base car is motivated byChevrolet’s familiar overhead valve 3.1-liter V-6. Pumping out 160 horsepowerand 185 pound-feet of torque, it’s adequate for the job.

For those who like a little spice in their lives, the test car’s 3.4-literdouble overhead cam V-6 is recommended. For a slight penalty in gas mileage,you’ll get effortless power in all situations. That’s mainly because of its215 horsepower and 220 pound-feet of torque. But the 3.4’s power is peaky, soyou do have to push the engine a bit more to extract it.

Both engines put their power out through a very smooth-shifting four-speedelectronically controlled automatic transmission. With the bigger engine, thisis a very refined powertrain that is the equal of most of the cars in thisclass. The exhaust exudes a soft, throaty moan that helps drown out the factyou’re driving a Lumina.

The four-wheel independent suspension provides a decent compromise betweenride and handling. It’s no sports car — it prefers slow, gradual inputs toabrupt ones, which seem to upset its demeanor. Similarly, the anti-lock brakesneed a more progressive feel, but worked well, even though Chevy reverted torear drum brakes this year.

So the parts are all good enthusiast pieces, but you really have to flogthem to extract the promise of the whole.

With multiple split bench seat and column shifter options, it’s thetraditional American car buyer who plops down his pay for this auto. Butthat’s the only old-fashioned part of this car. The dash is contemporary andeasy to use. The climate controls consist of two large twist knobs. Thetemperature sliders tailor the temperature on each side of the cabin to suitindividual tastes.

When the bucket seats and console are ordered, customers must make do withonly one cupholder, and the seats are wide and soft, lacking the lateralsupport of true buckets. But those are the only downers in an otherwisewell-assembled cabin. There’s a lot of room here for the price — ditto thelarge trunk. If it’s one thing Chevy knows, it’s how to dish out space for themoney.

According to Chevrolet, 49 percent of those who buy this car buy it for theprice. For about what you’d pay for a well-equipped Japanese subco mpact, youcan have a mid-sized car with a V-6, anti-lock brakes, dual airbags, powerwindows and locks, stereo cassette, tilt wheel, air and a few extras. Stretcha little further and you have a well-equipped bargain.

So when someone laughs at you for driving a Lumina, smile back with thesmug satisfaction that you know better.

I like it. Good running car. Have had very few problems with it. Asked for some help with the brake lights and turn signal, and it wasn't much to fix it.

I think this car has potential, old police cars also in some places. A nice first car if I do say so myself. 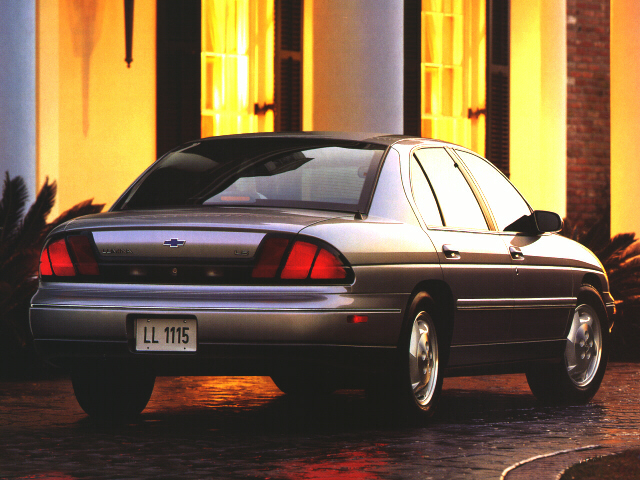 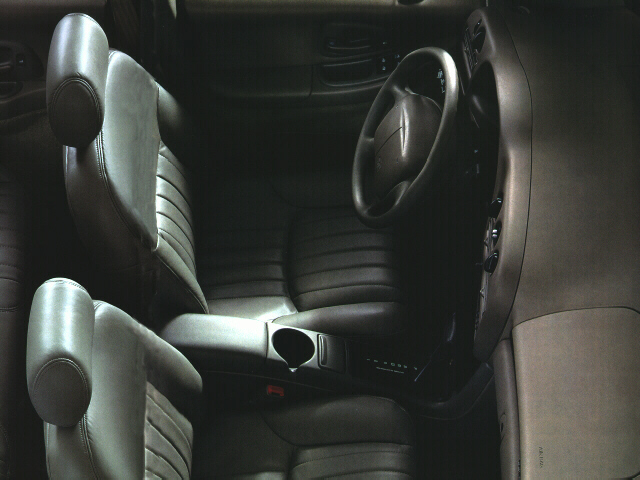