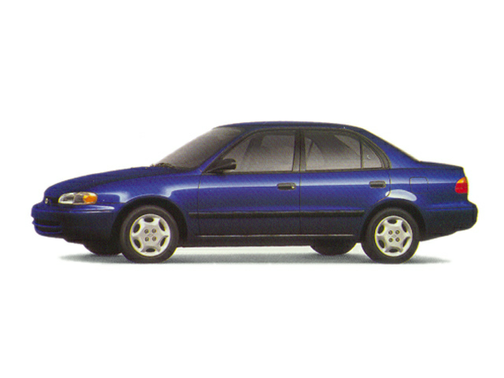 Our 1998 Chevrolet Prizm trim comparison will help you decide.

If you’re looking for any 1998 Geos, you have a long look coming. Chevrolet has done away with the brand, but the cars survive, now badged as Chevrolets.

Make no mistake though, the ’98 Prizm is still an identical cousin to Toyota’s Corolla. Both are built at the same plant, and both got similar upgrades for the new year.

That starts with a new set of clothes, fresh, but blandly conservative. Not exactly startling, but safe.

That bland econocar exterior belies the newfound power under the hood. Now motivating the Prizm is a 1.8-liter double overhead-cam four-cylinder engine, good for 120 horsepower, a 15-horsepower increase over last year. With 66 fewer pounds to move around, it lets this little scooter haul asphalt. Three transmissions are available: A five-speed manual is standard, with three- and four-speed automatics offered as options.

This is a silky smooth drive train that reeks of refinement and even at full tilt, there’s not a lot of engine noise filtering into the passenger compartment. There’s good power at all speeds — even with the automatic transmission — for safe passing. It never feels underpowered. Yet the power doesn’t diminish its excellent fuel economy, rated at 28 mpg city, 36 mpg highway.

Handling was quite good, thanks to the optional handling package. This includes bigger tires and a front stabilizer bar that allows the already tossable Prizm to be almost athletic. There’s still some body lean, and it’s up to you whether the slight handling difference is worth the extra money.

Inside, the Prizm is a mixed bag. While it might be made at the same factory, the seating position is nowhere near as comfortable as its Toyota counterpart. There’s little adjustment for the driver’s seat, which is mounted low in an already low vehicle. The Prizm is an inch lower than its Toyota counterpart. This makes every other car on the road look bigger, even Chevy’s own Cavalier. The seats are spongy and uncomfortable.

The dash is a model of efficiency, with good ergonomics and high quality switch gear. The dash itself feels cheap, with lots of hard plastic, but it was assembled impeccably. One minor complaint was the new stereo. First, it’s mounted too low in the dash, making it easy to knock the transmission lever, and second, it isn’t as good as Toyota’s radios, with a tinny sound and hard to push buttons.

But ride comfort was good, as was noise insulation. Trunk space is improved — 12.1 cubic feet can swallow a nice amount of stuff.

Safety is good, too. The front disc-rear drum brakes can be equipped with anti-lock. Side air bags are optional, unusual in this class. Other nice features include an outside temperature gauge, and automatic locking if the car is unlocked for more than a couple of minutes.

Of course, all this niceness isn’t cheap. There are two trim levels, base and LSI. The test vehicle was a fully loaded LSI, with handling package and lots of power goodies. What started out at a reasonable $14,673 zoomed to an eye-popping $19,488, a lot of money for a car this size.

But if you take it easy on the options, this little scooter will transport you with uncommon comfort, quiet and great economy for years.

Just don’t call it a Geo.

February 6, 2021
By Dirt Bike in the Mojave Desert from Westlake Village, California
Used to own this car

The 98 Chevrolet Geo Prizm only had one fault. The factory utilized different metals when making wire terminations. So corrosion occurred in window controls and the one (driver's side) getting the most use would not close the open window on the driver's door reliably.

We love this car! Ours has lasted over 22 years, is at 252,000 miles, and still going. Obviously developed flaws over time, but for the age and mileage, to be expected. Was built as a slightly different Corolla, with same engine and everything. So amazing deal for the money!

I have this car as a starter car first car I owned and I am glad that I got this car. It does have some flaws like having very few cup holders(mine only has one). As far as I can tell it burns a tiny bit of oil so check oil if your car has some miles stacked on it. But it is reliable and though it has a ton of miles on it it still drives like new. 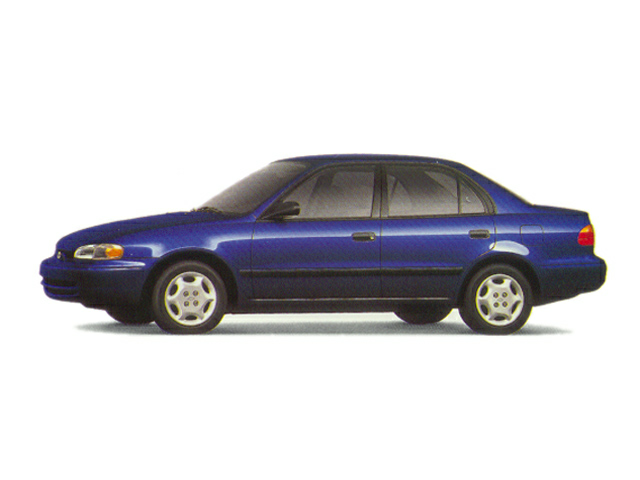 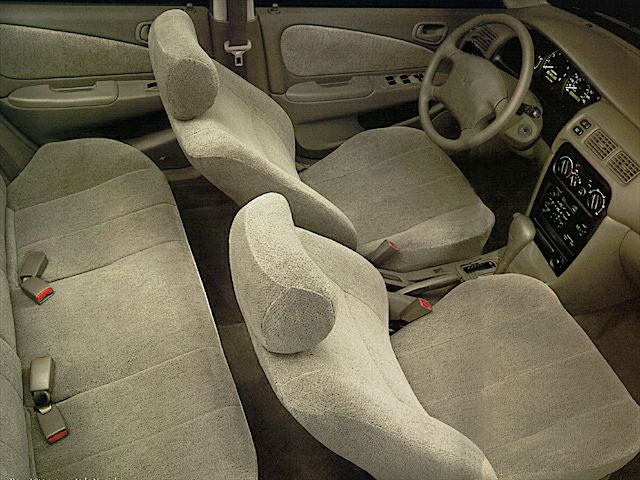