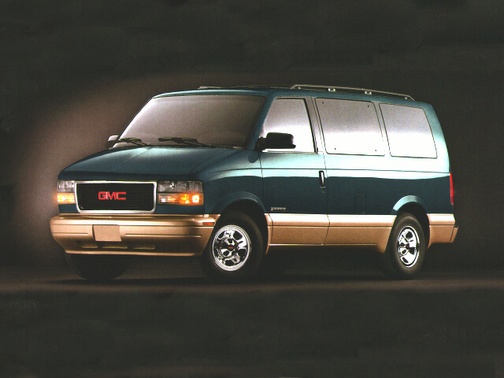 Our 1998 GMC Safari trim comparison will help you decide.

It’s easy to overlook – or even have a field day criticizing – the 1997 GMC Safari SLT AWD mid-size van.

The Safari’s looks haven’t changed much since its original design in 1985 and it has been a bit slow to catch up to competitors. It doesn’t have a fourth door and unless you get the all-wheel-drive package that we had on our $30,560 test vehicle, you must settle for rear-wheel drive. And because it’s based on a truck chassis, not a car like many minivans, it drives like a truck.

Whew. But don’t stop reading. If you’re towing a big boat or camper or regularly take your three kids plus grandparents to Walt Disney World on vacation, you may want to take a hard look at the Safari, which can seat up to eight people. We did – and at least half of the family was sold on it.

He: I sure wasn’t sold on it and I didn’t even have to go as far as Disney World to make up my mind. I drove it from Detroit to the Rock and Roll Hall of Fame in Cleveland. The cramp in my left foot from having no space whatsoever on the driver’s side was enough to convince me.

She: You’re blaming the Safari for your big EEE feet? Now that’s fair comment and criticism. I agree that it is a little bit of a squeeze up there in the driver’s seat, but if you’re a short-legged, 5-3 person like me, you’re probably not going to suffer too much. Besides, I’ve seen the caravans down I-75 at Easter and Christmas vacation. Nine times out of ten, the woman is driving and the guy is snoring in the passenger seat.

He: I’m sorry, but I’m not one of those enlightened buyers who have discovered the dubious joys of owning and driving a Safari or its counterpart, the Chevrolet Astro. OK, the all-wheel-drive option is a great feature and I don’t even mind the truck chassis. With the big 4.3 V-6, you can tow a pretty sizable boat or trailer. But I have to tell you, driving the lumpy Ohio Turnpike, it didn’t take long for me to develop a case of nausea to go with my leg cramps.

She: I’ll admit that I wasn’t running out to the driveway to coo over the Safari. It’s tall and boxy and doesn’t have a lot of personality. But I kept thinking about our neighbor Donna, a person I really admire. She’s on her second Safari. I consider her a really salt-of-the-earth person who looks for functionality in a product and wants to keep the family together. That means a van that can not only haul her kids, but their friends, too. When’s the last time you tried to cram seven or eight people in a Caravan?

If you don’t believe me, look at the stats. The shoulder room alone in the center and rear of the Safari is 67 inches! That’s spread-out time.

He: I remember driving our family of four plus your parents and all our luggage in a competitor’s vehicle – one of those front-wheel-drive car-based minivans. I think we were pretty miserable and cramped after just a couple hundred miles, weren’t we? So the passengers will probably appreciate the extra space in the Safari, even if the driver has no place to put his or her feet. Another gripe I have is with the step-in height. I’m over 6 feet tall and it’s still a chore to climb in and out of the Safari.

She: You need to exercise more. You know what they say, climb stairs and you’ll stay out of the nursing home. I didn’t have any problem and neither did great-grandma, who is almost 96. Besides, I loved riding up higher than a typical minivan. But you do have to adjust your driving a bit because this is not a car. I noticed it going around curves. If you’re not cautious, it does feel tippy.

He: Another problem I noticed was passing trucks on the turnpike. I’d stomp on the accelerator and there’d be a noticeable lag before the V-6 kicked in. The 4.3 is a pretty powerful engine. It makes 190 horsepower, but I wonder if you really need the extra space and the towing capacity, why wouldn’t you just buy a full-size van? You can get a V-8 in one of those and I’ll bet the sticker price would actua be less. A lot less than the $30,000 sticker on our Safari test vehicle.

She: That was a bit pricey, I agree. But most Safari buyers settle for the slightly less deluxe SLE package that costs around $25,000. You’ll just have to figure out if you really can’t live without the $950 leather seats or the $309 heavy-duty trailering equipment.

Thank God GMC included antilock brakes as standard. If they are committed to families, though, I admit I was a bit disappointed that they’d make them pay extra for stuff like rear air conditioning and even earphone jacks. To me, earphone jacks, which basically keep your teen-agers happy with their music while you listen to Dr. Laura, are standard items, not options.

He: Anybody who is goofy enough to listen to Dr. Laura probably won’t mind paying all those thousands of dollars extra.

* Rates based o n an average family of four from the Livonia area whose primary driver is age 40 with no tickets who drives 3-10 miles each way to work. Rates reflect multicar discount and, where appropriate, discounts for air bags and seat belts.

Most reliable van I’ve ever owned. I have had four

I found it perfectly sized for my business and transporting family and friends. GM should consider bringing it back like the Mercedes as a multi purpose van

October 1, 2018
By Gunswifey from Corona, ca
Owns this car

It's an awesome family van. Plenty of room with lots of space. And overall lots of fun to not only drive but to.ride along in as well. 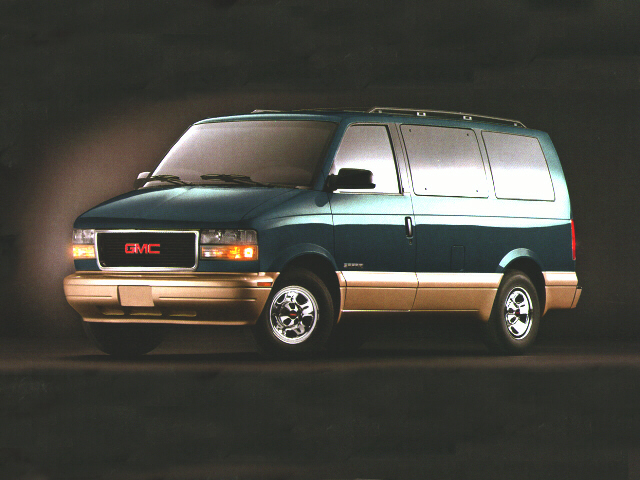