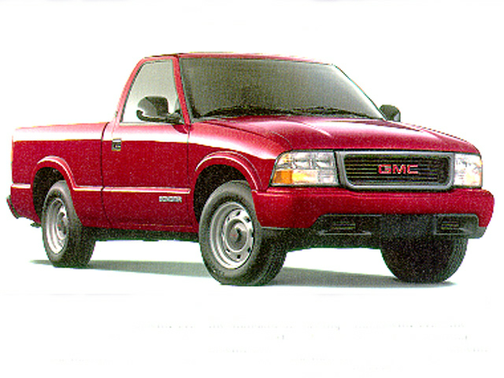 Our 1998 GMC Sonoma trim comparison will help you decide.

It also comes with a passenger-side air-bag cutoff switch. If an infantcarrier is going to be placed on the passenger seat or if you are going totransport your favorite pet (dogs, cats should ride in the cargo bed, ofcourse), the bag can be turned off to prevent injury to the seat’s occupant.Or, if no one is in the seat, you can turn it off so as not to run up therepair bill in a collision when two bags would deploy if the switch isn’tused.

However, we’ve just spent far more time writing about the passenger-sidebag and the cutoff switch than GMC spent in designing a useful system.

To alert the driver and passenger that the bag is off, a light on thekeylock used to deactivate the bag lights up to say “off.”

On the ’98 Sonoma extended cab we tested, however, the “off” light wasblocked by the steering column. Couldn’t see the light. It wasn’t until wedropped an envelop on the floor and stooped over to pick it up at the stoplight that we noticed the light was on and the bag was off.

GMC (and Chevy S-10) engineers need to redesign the system–pronto.

The Sonoma extended cab we tested is roomy and comfortable, though more sofor the driver than the passenger who is forced to rest his or her feet on thecatalytic converter bulge in the passenger’s side floor. When the engineersredo the light maybe they’ll redo the converter, too.

The suspension on this pickup was on the soft, car-like side to keep roadharshness out of the cabin upfront and in the rear, where a fold down jumpseat is housed to hold a child.

To get in back there’s a side access, or third, door on the driver’s side.To open it you must first open the driver’s door to expose the access doorhandle. That third door runs $375.

Some nice touches included huge outside mirrors for excellent side and rearvisibility, especially useful for truck buyers who might carry cargo in thebed someday; side-vent rear windows; a pair of power plugs under theinstrument panel along the floor to handle accessories; 1 1/2-inch longer seatbottom cushions for improved thigh support on long drives; and push-button 4WDactivation.

GMC placed a storage tray in the center console in front of the gearshiftknob to give occupants a convenient mini storage area, but being housed behindthat knob sacrifices lots of convenience.

Base price for the 4WD extended cab: $19,773 with our test unit adding$1,602 for a marketing option package including SLS sport decor, upgradedAM-FM stereo with ca ssette and clock, aluminum wheels, the high output V-6,air conditioning, tilt wheel and speed control; $1,070 for the 4-speedautomatic; and $510 for freight.

To save some dough you can go two-wheel-drive and get a 2.2-liter, 120-h.p.4-cylinder. But the first time 6 inches of snow fills the road or that roadtakes a 30-degree path skyward, you may have wished you stuck with 4WD and theV-6. Also, towing capacity with the 4 cylinder is 2,000 pounds, but 6,000pounds with the V-6.

Look for Sonoma to undergo its next styling change in 2001 as a 2001 or2002 model. At that time the converter hump sticking up like a volcano on thepassenger’s floor is supposed to be removed after only a little more than 15years of consumers having to put up with it.

I know I can go anywhere and make it.

I think it's great! It's very reliable and would be great for anyone who needs something dependable. Would be excellent for a work truck or commute.

For the year it's awesome

All model years for the GMC Sonoma 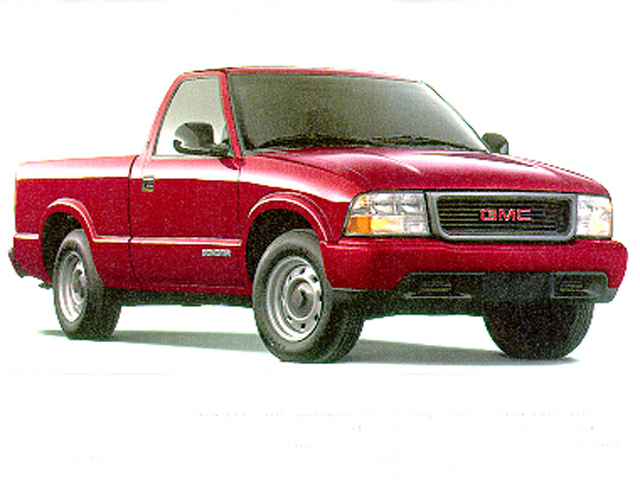 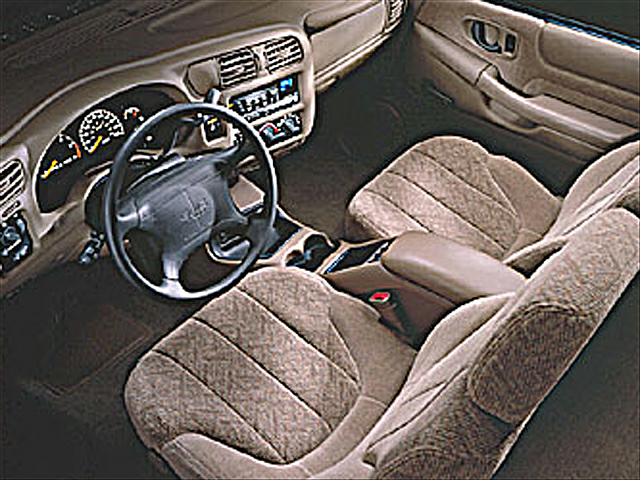