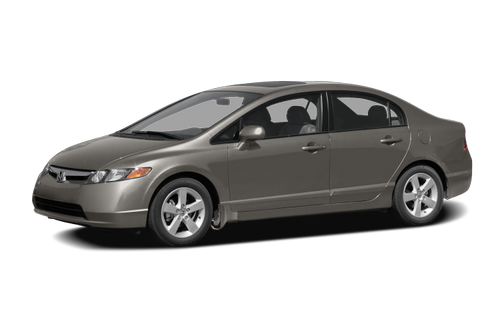 Our 2008 Honda Civic trim comparison will help you decide.

The three years since the Honda Civic was last redesigned have been plenty of time for the competition to catch up to Honda’s solid, fuel-efficient, entertaining daily driver, but after revisiting the Civic, it’s really hard to think of any car that has managed the feat. The Civic still rules — in statistical categories as well as in the real world of commuting and soaring gas prices.

The Competitive Landscape
We’ll get to what makes the Honda Civic so darn good inside and out in a bit. For now, it’s important to understand what makes the Civic such a target. Its chief rival is the Toyota Corolla, which was completely redesigned for 2009 and is on sale now. My early estimation of that car — I’ve driven it only briefly — is that it isn’t as well thought-out inside, gets nearly identical mileage and doesn’t handle as well. The cars are priced roughly the same.

Other competitors include the Mazda3, Nissan Sentra, Kia Spectra, Hyundai Elantra, Ford Focus and Chevy Cobalt. While each competitor offers a relatively good value — and some, like the Mazda, also provide a good driving experience — none combine all the positive attributes of the Civic in one vehicle.

Lineup
The Civic is built in two body styles, Honda Civic sedan and Honda Civic coupe. Both come in DX, LX, EX and EX-L trim levels, all with different price tags and features. All models feature a five-speed manual or automatic transmission. Compare the features and prices here, or look at the 2008 Civic side-by-side with the 2007 version here. There’s also a hybrid version of the sedan, which gets 40/45 mpg city/highway. A high-performance Si model is available in both sedan and coupe body styles with limited-slip differentials. (I reviewed the Si last year.)

For this review, I tested a 2008 Honda Civic EX-L with navigation.

Exterior
In the past, the Honda Civic was a very vanilla sedan, like many of its competitors. This latest generation, though, took a serious right turn at practical and went right to the race-inspired sci-fi section. The hood is radically sloped, and the headlights narrowly lead to a chrome bar over the trademark Honda “H.”

The truncated rear end is stylish, not only dominating the rear of the car but also altering the profile. It makes for an odd stance that is very un-sedanlike. The Honda Civic coupe isn’t quite as awkward in that regard; it features a rear that rises high behind the doors.

It’s a little surprising that Honda took a chance with one of its biggest sellers, but it’s a risk that has paid off.

Interior
There are two things anyone who steps into a Civic will immediately notice: The dashboard is very deep, punctuated by a radical two-tiered display that’s straight out of a Star Trek shuttle pod. Then there’s the interior quality. Nothing in its class has materials that are as nice to the touch, nor do any feel as solid as the Civic’s do. The Nissan Sentra may come close on this front, but I’ll take the Civic’s friendly ergonomics and numerous bins any day.

My tester came equipped with leather, which was quite nice — though not on par with the new Accord or Odyssey’s — but that’s not a feature I think many economy car shoppers would necessarily choose. It brings the price of an EX model from $18,710 to $19,910. However, the one feature I don’t like in the Civic is the standard cloth material on the seats. It’s a “fuzzy” material, which to me seems like it won’t wear well and is prone to generating static shocks. That said, fellow Cars.com reviewer Kelsey Mays prefers that material to other types of cloth. To each his own.

The seats themselves were both supportive and comfortable, and the cabin feels spacious for front passengers. There was plenty of footroom in back, but headroom was tight. Despite the specs indicating otherwise, the legroom was much better than in the new Ford Focus sedan I recently tested.

Performance
With just 140 horsepower, you’d expect the Honda Civic’s efficient four-cylinder engine to be a dud, but it offers a lot of pep. That doesn’t mean it has street-racing speed, but it can merge into highway traffic just fine and pass without causing panic. The Mazda3 is probably the only one of the Civic’s competitors that’s more fun to drive, but of course it’s also thirstier at the pump.

The Honda Civic is nimble, with tight steering that also adds to the fun-to-drive factor. The ride is comfortable, but not as cushy as the Corolla’s. I didn’t mind it during highway commuting, though. Both road and wind noise were minimal for a car in this class.

Best of all for these days of sky-high gasoline prices, the Civic gets 25/36 mpg city/highway. That’s near the top of the segment; the less powerful base Corolla is the only one that tops it, and even then it’s only in city driving.

Safety
The Honda Civic received top scores in front-, side- and rear-impact crash tests by the Insurance Institute for Highway Safety. Usually cars that achieve such a feat earn the organization’s Top Safety Pick award, but the Civic doesn’t come with electronic stability control even as an option, and that takes it out of the running. We’d like to see stability control added as an option to the Civic before the system becomes mandatory in 2012.

The Honda Civic does come with standard antilock brakes, active front head restraints, side-impact airbags for front passengers and side curtain airbags for both rows of seats.

Civic in the Market
What most impresses me about the Civic is that after nearly three years on the market it still holds up to extreme scrutiny in a very competitive segment. It’s also priced well, coming in lower than the Nissan Sentra and about on par with the Corolla.

If you want someone to simply come out and say the Honda Civic is a better car than the rest, then I guess I’m your man. Even if all you want is hard numbers, the Civic wins on a lot of those fronts, too, especially those all-important mpg and MSRP numbers.

April 27, 2021
By TiffanyB from Harpursville, NY
Used to own this car

I owned my Honda Civic for 5 years and put 150,000 miles on it. I have never had a more reliable car. It never once left me stranded or had any major mechanical issues. Really it had no issues at all. If I wasn't looking to upgrade to a larger vehicle, I would have kept my car forever. Even with the current mileage on it of 205,000 miles, it ran like it was brand new. I would have no hesitation recommending this vehicle to anyone. The very best car I have ever owned!

Lives up to it's rep.

October 3, 2020
By Elizabeth from Kansas City, KS
Owns this car

I've always wanted a Civic, and now that I finally have one, it does not disappoint. It's just an all around great car; and being of diminutive stature, I appreciate that I can comfortably drive it, without having to be right up against the steering wheel, or having to sit on a cushion to see over the dash, ha! Love it.

Great car, exactly what you would expect from a Honda. Works as it should. Wish it had more power. Fun to drive. Great live it.

Rating breakdown (out of 5):
6 people out of 6 found this review helpful. Did you?
Show full review
See all 207 consumer reviews 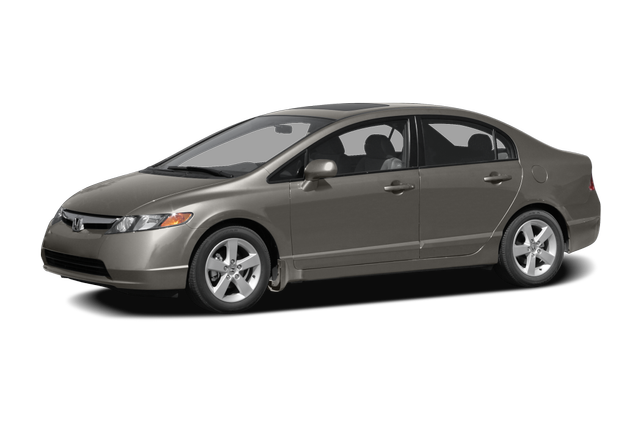 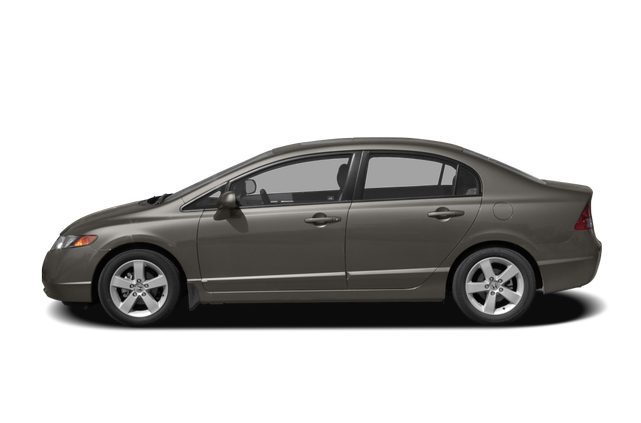 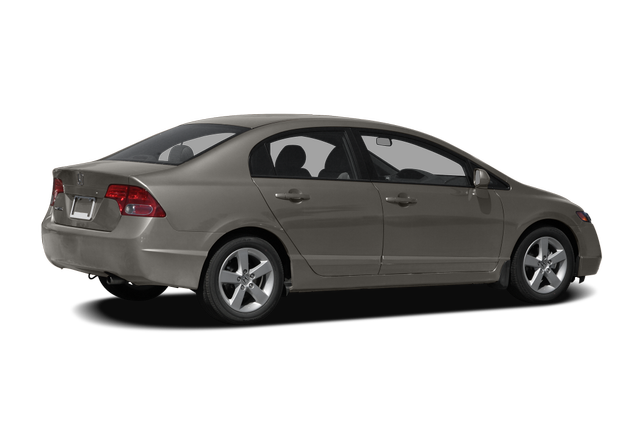 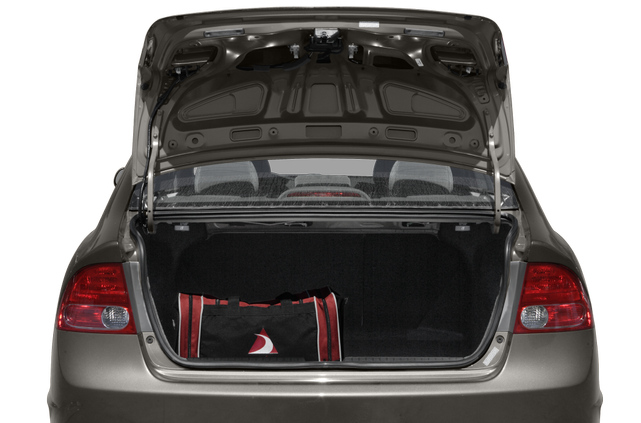 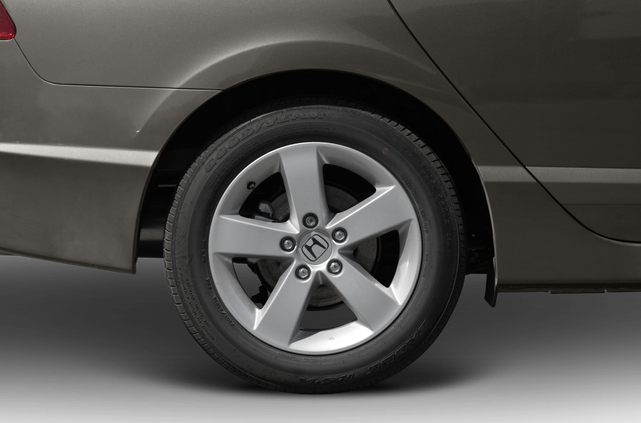 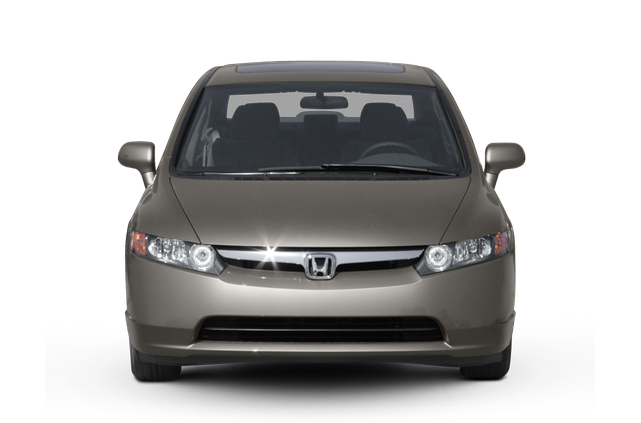 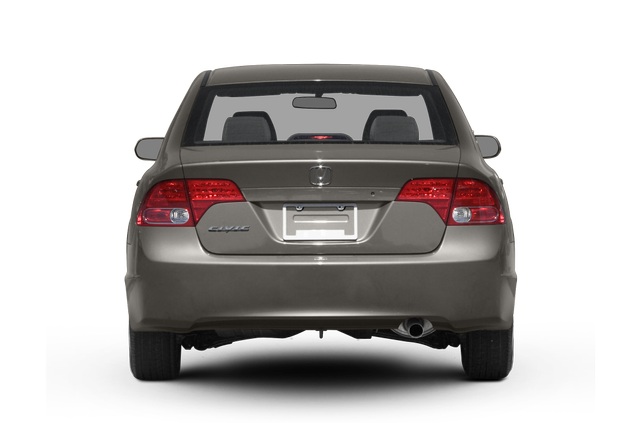 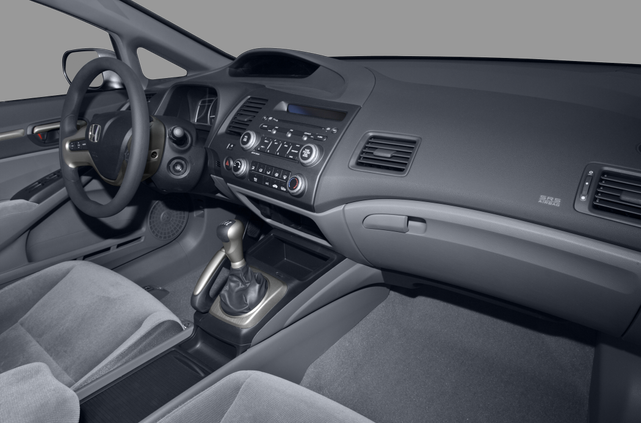 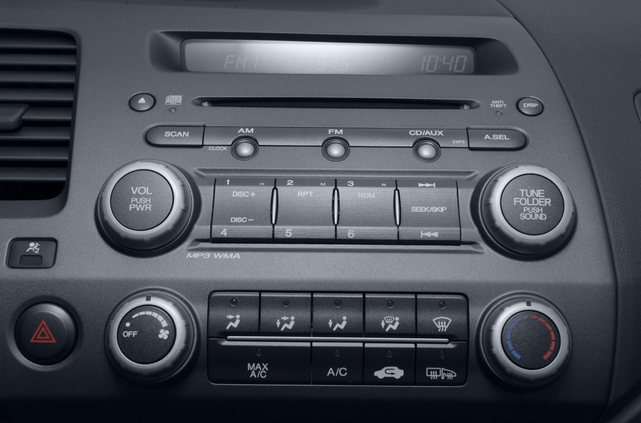 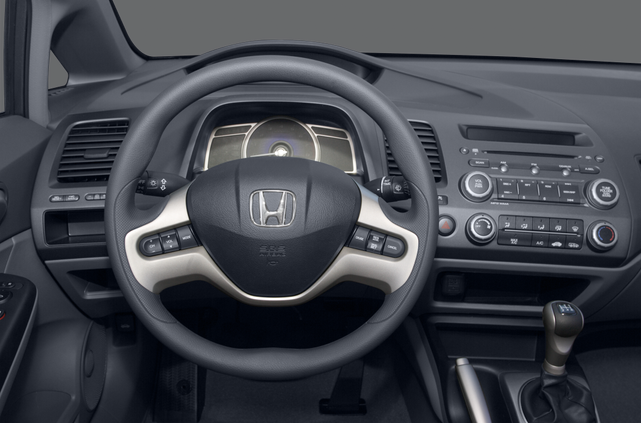 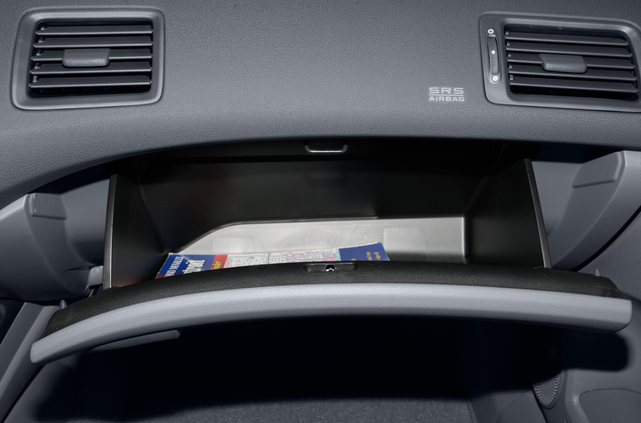 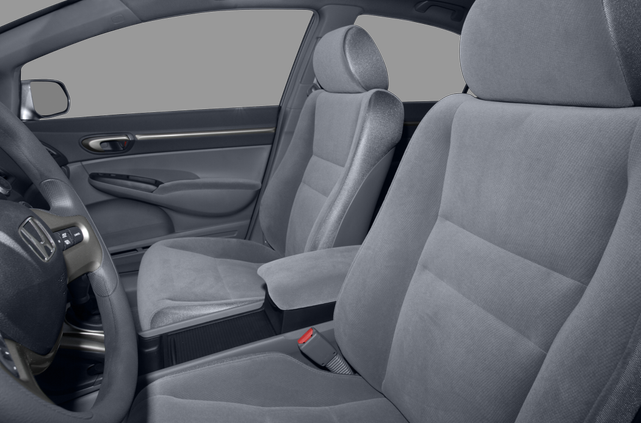 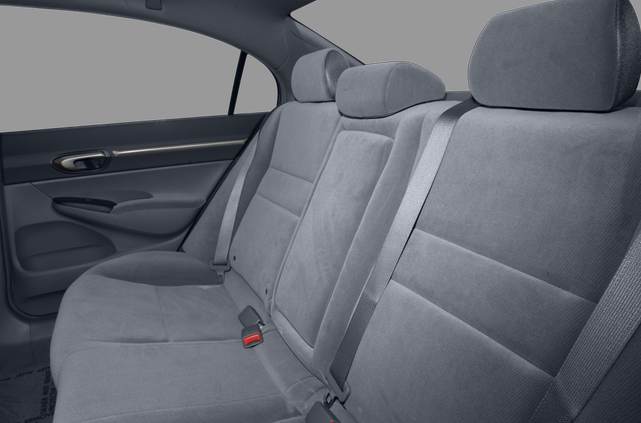 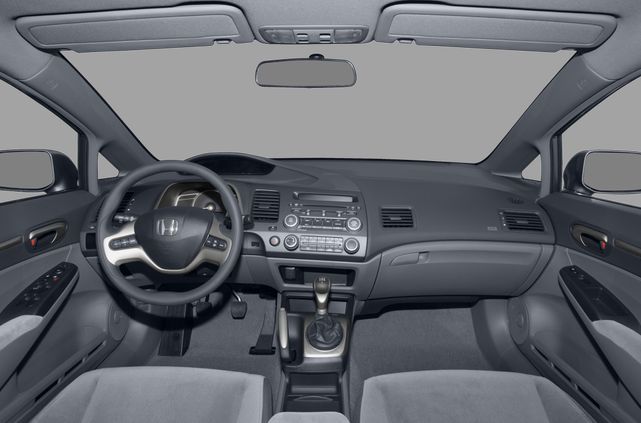 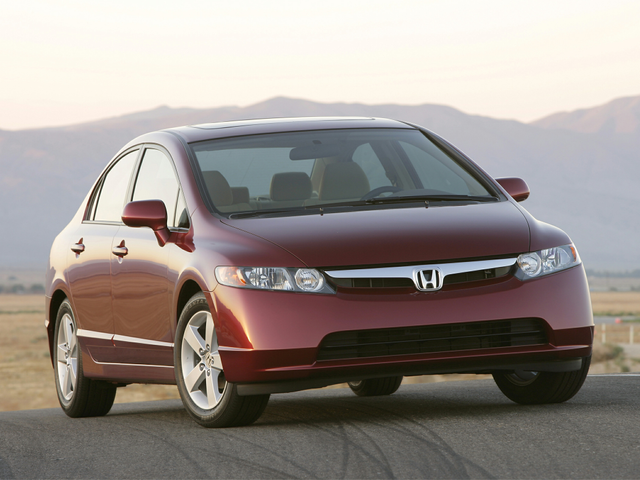 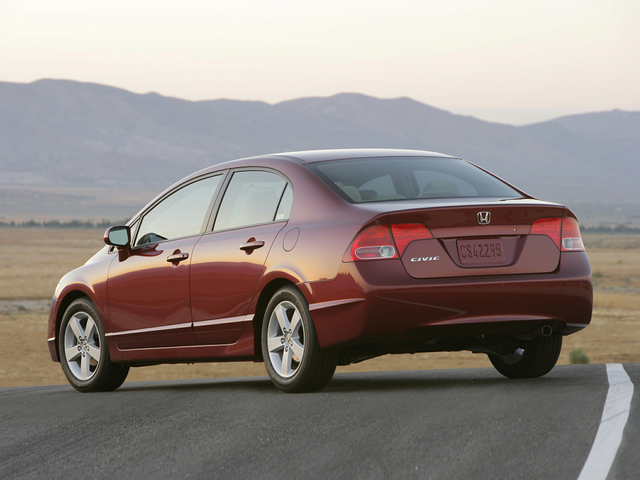 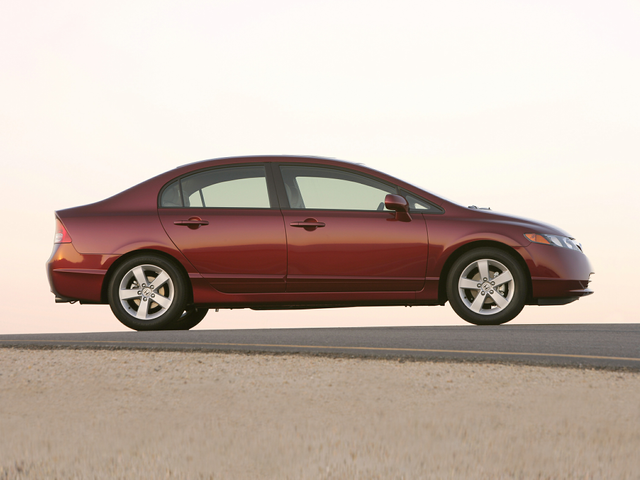 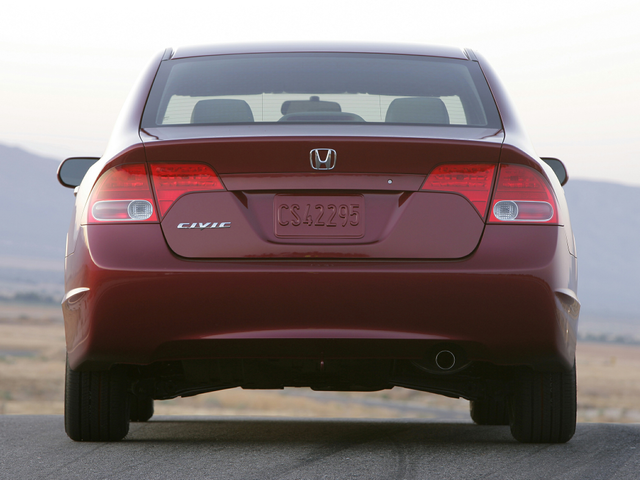 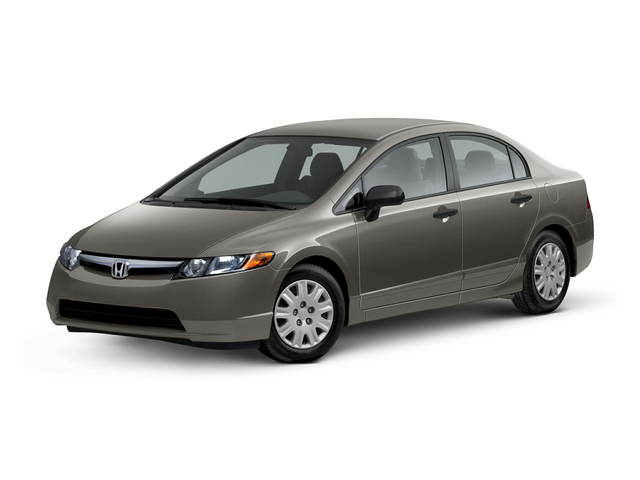 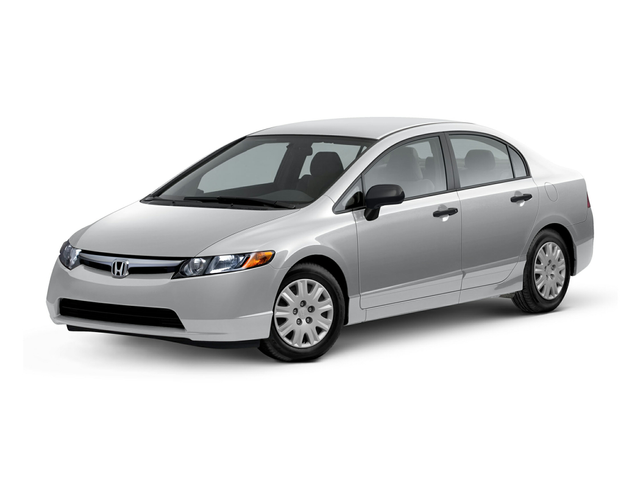 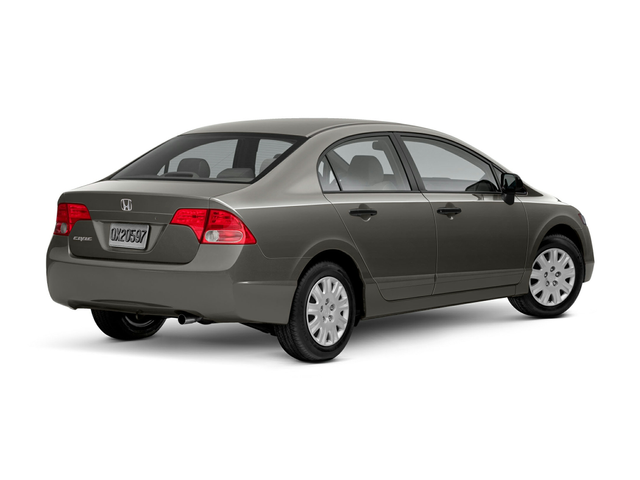 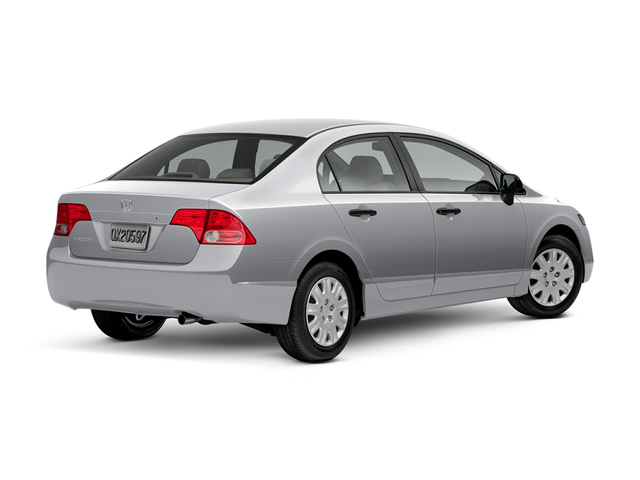 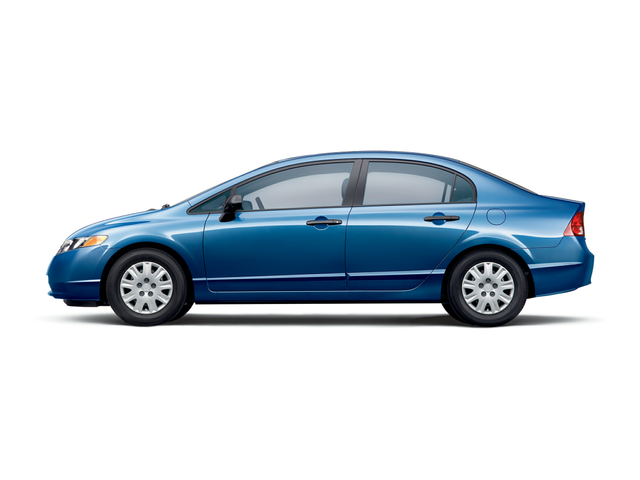 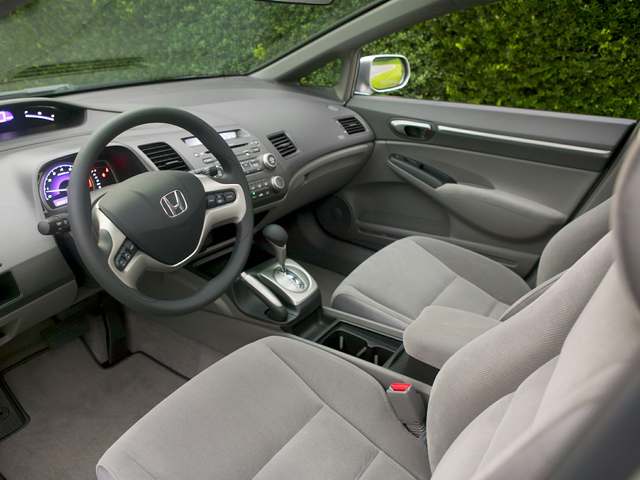 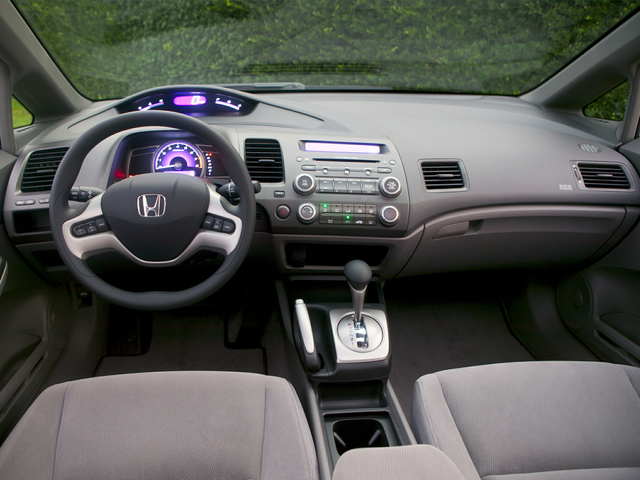