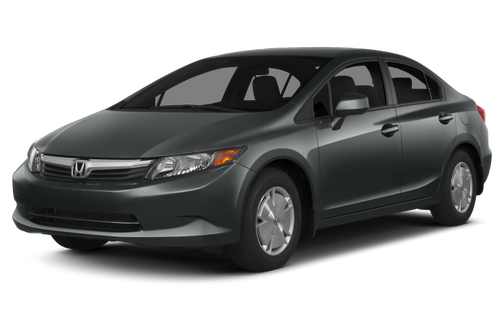 Our 2012 Honda Civic Hybrid trim comparison will help you decide.

If you’re shopping for a hybrid based only on the efficiency of its powertrain, the 2012 Honda Civic Hybrid falls short.

Honda has redesigned the entire Civic lineup for 2012, including its hybrid model, which I detail below. For a review of the standard Civic lineup, go here. For the high-powered Si model, go here.

Rated at 44 mpg combined, the Civic Hybrid falls well short of the leader in the segment — the Toyota Prius, which gets 50 mpg combined — despite having a higher starting price.

Shoppers who want a Civic that happens to be a hybrid will be the ones interested in this model, and even then I would advise them to take another look at the traditional gasoline version of the sedan.

Hybrid Powertrain
The Civic’s hybrid powertrain is quite good at highway speeds, offering lots of acceleration no matter the demands — passing a semi-truck or simply cruising for long distances. The Civic Hybrid combines electric and gas power for maximum effect; the engine doesn’t stop turning when in motion, as in most hybrids, but Honda says the electric motor provides all the motive power in some situations, up to 43 mph.

The steering is just as sharp as the standard Civic’s, but in stop-and-go traffic the hybrid system is a drain on driver satisfaction.

The start-stop function that cuts off engine power when the car is at a complete stop transitions with a lurch, both when braking and when starting up again from a stop. At times, it does so with a rather audible clunking sound that isn’t very reassuring. The engine, too, seems louder than the two non-hybrid Civics I’ve tested. Other Cars.com editors agreed about the noise and the annoyance of the start-stop function.

The regenerative brakes, which serve to recharge the battery, don’t react in a linear fashion. While this is similar to many hybrids of the past few years, including the Prius, hybrids from Hyundai and Kia have brakes that are more typical and linear.

Observed mileage was anywhere from the high 30s to the high 40s. During extensive testing with passengers and cargo, it returned 46.6 mpg on the highway while driving between 70 and 75 mph. Those numbers fell to 37.7 mpg in heavy commuter traffic.

Civic Features
One reason you might pick the Civic Hybrid is its generous standard equipment for the car’s starting price of $24,050. Standard features include a crisp LCD screen near the speedometer, Bluetooth, USB iPod connectivity, cruise control, and a tilt/telescoping steering wheel with stereo controls.

The cabin is light and airy with lots of space not only for the driver, but also for front and rear passengers. I was able to fit my two children’s safety seats in the back with a little room to spare. (See the Civic Car Seat Check.)

However, you do lose trunk space due to the large hybrid battery. There’s only 10.7 cubic feet in there, while the standard Civic sedan’s trunk is 12.5 cubic feet. (The Hybrid doesn’t come in coupe form.)

Safety
The 2012 Honda Civic has not yet been crash-tested by the U.S. government, but the Insurance Institute for Highway Safety rated it a Top Safety Pick, its highest score. You can see a full list of standard safety features here.

Honda Civic Hybrid in the Market
While there are better hybrids and better Civics on the market, I suppose the Civic Hybrid does have a role for shoppers who specifically want a Civic and a hybrid. However, I don’t think that shopper base is particularly large, and I believe most shoppers would prefer the gas-only Civic HF, a high-mileage model that starts nearly $5,000 less than the hybrid — and it gets 41 mpg on the highway and has better trunk space and little compromise in terms of driving experience.

Haven't had any issues, been following the maintenance program with honda, very good on gas. I'm at 120000 miles, and i live in Québec, Always started. The only problem is the depreciation value because some constumers are scrared of hybrids car, in fact mine is really good on brakes, oil change is required at around 15000 km, and you save a lot on fuel, my average fuel during the last 60000miles 43.56 miles per gallon, including all seasons. Compared to 31 for a civic that is not hybrid, and in Quebec with the winters would be more like 28 in average since you need to start your car. Great car and as a way nicer look than a prius.

My car has everything I need. Keeps me safe, and with great gas mileage, so hard to find something as comfortable and affordable as my car ❤

Most reliable car I had

All model years for the Honda Civic Hybrid 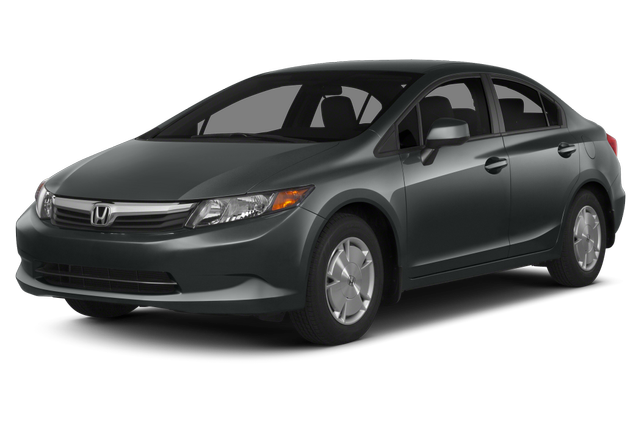 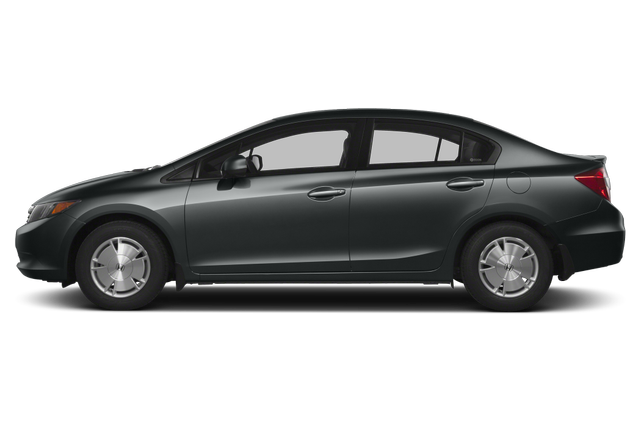 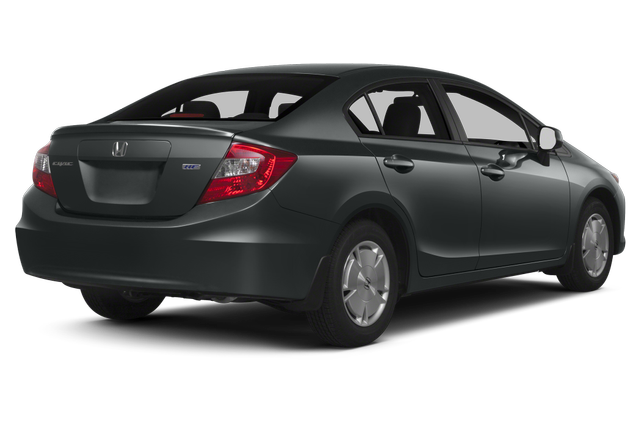 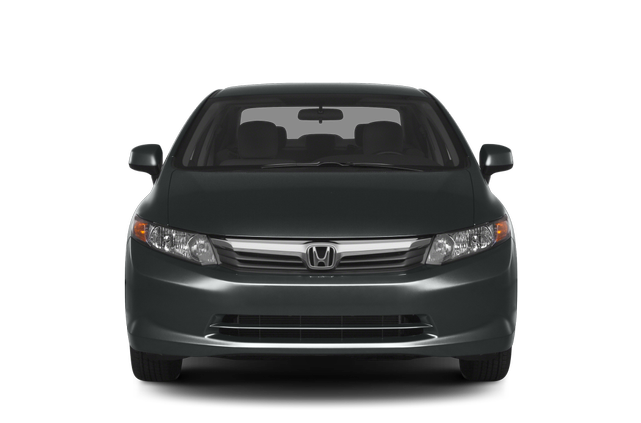 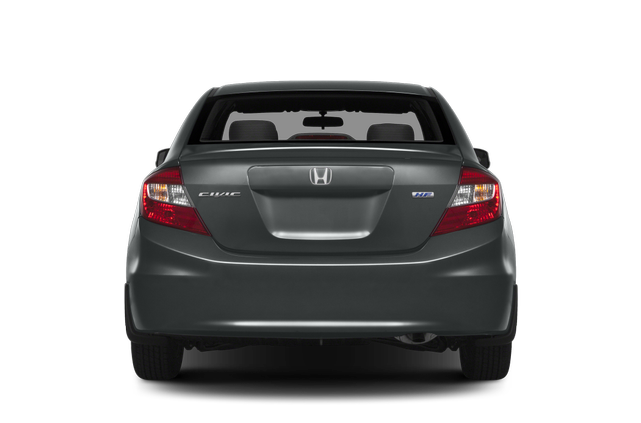 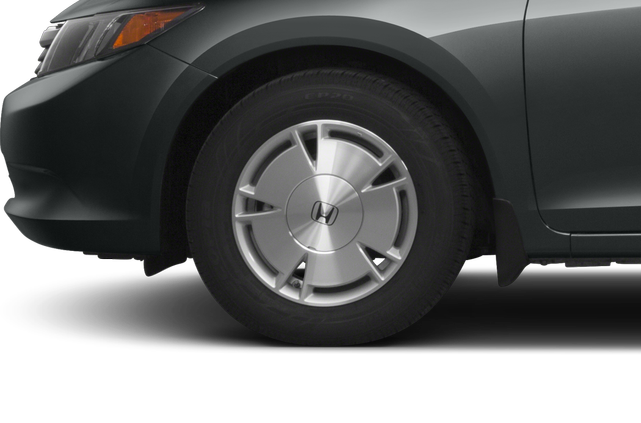 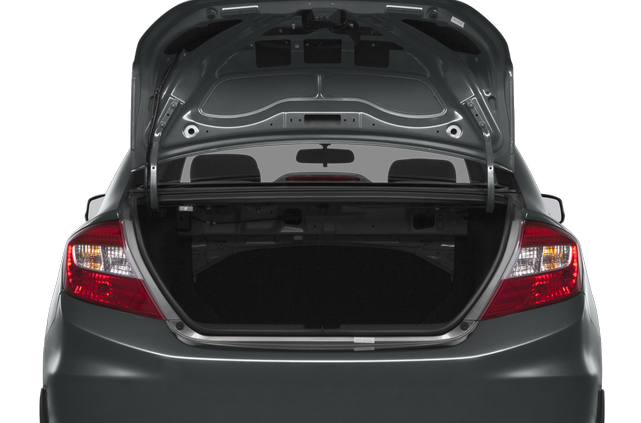 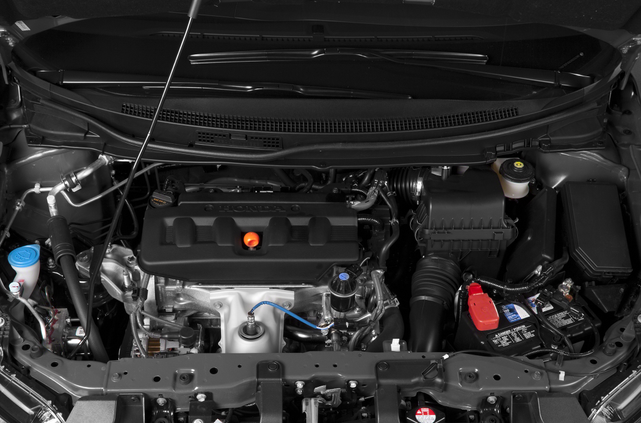 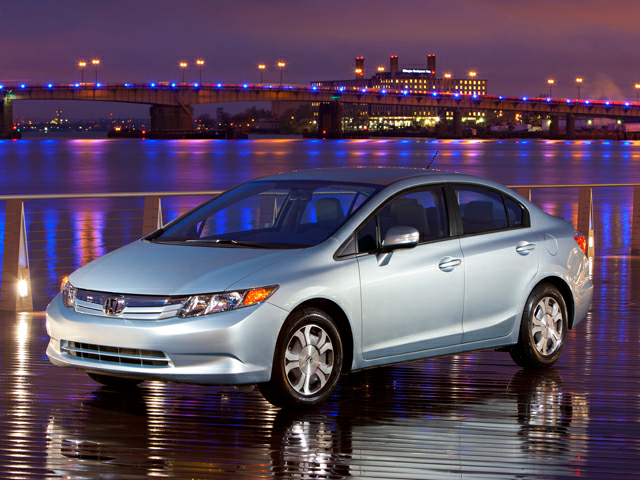 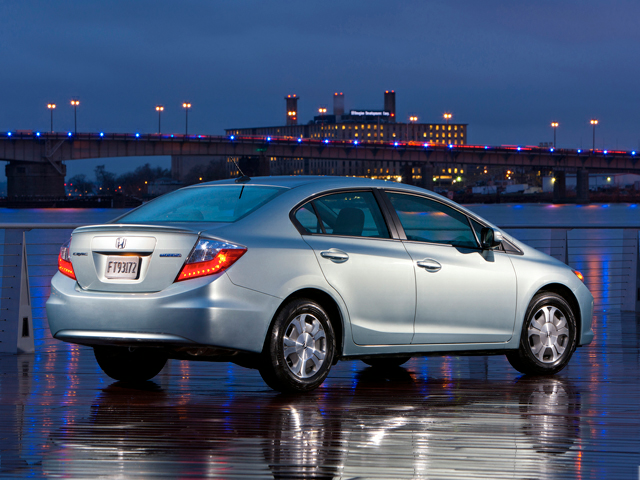 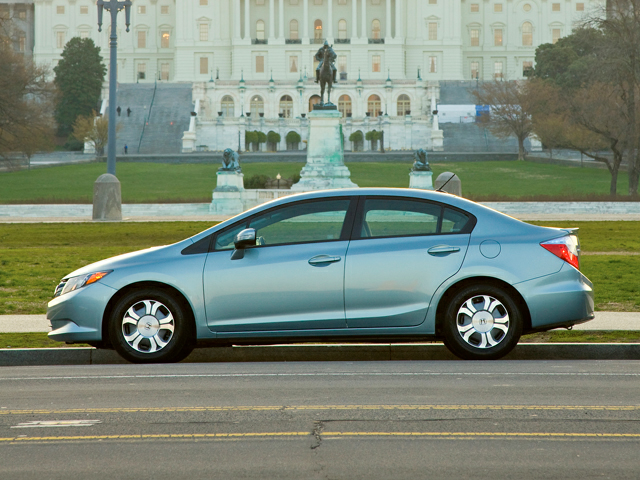 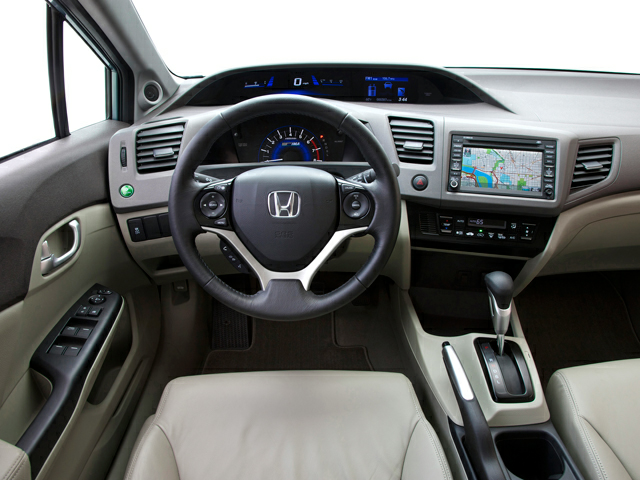 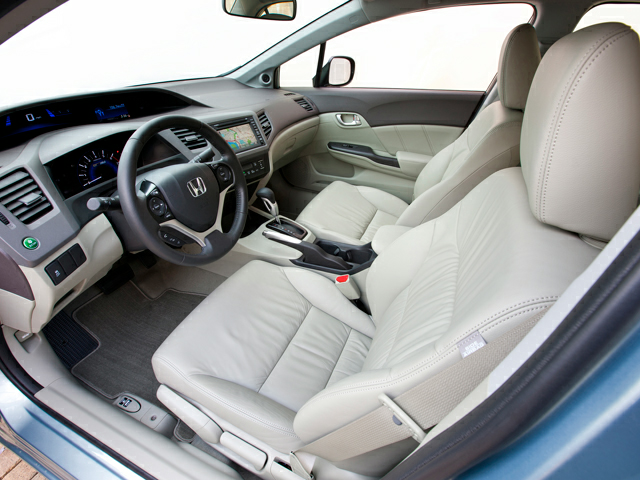 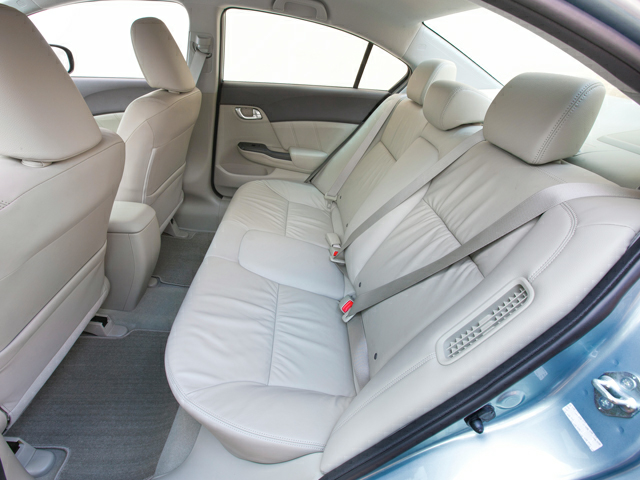 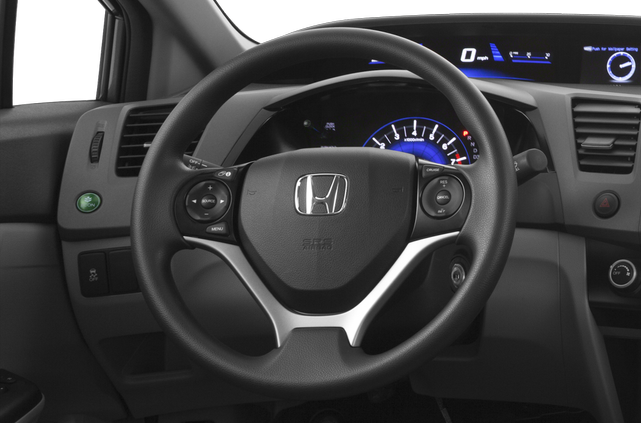 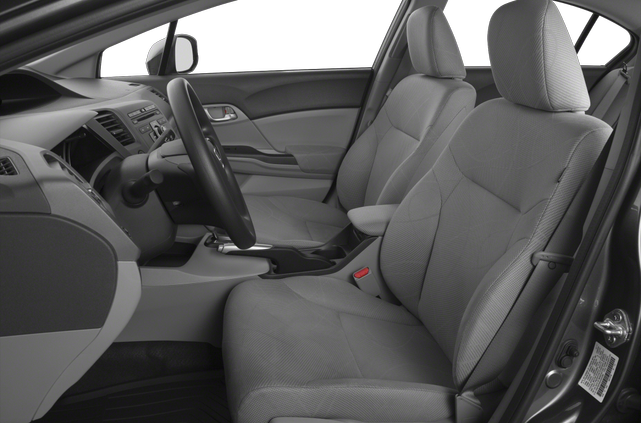 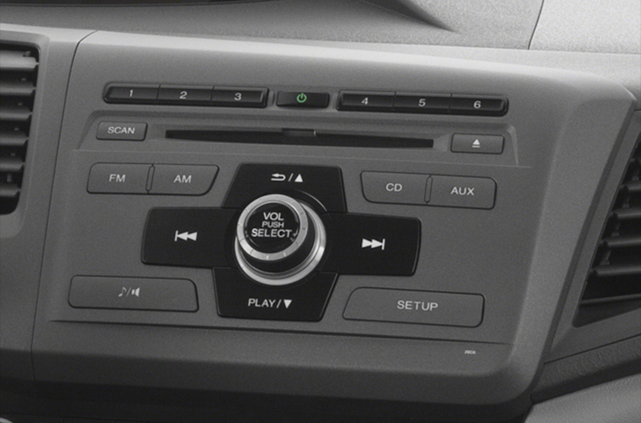 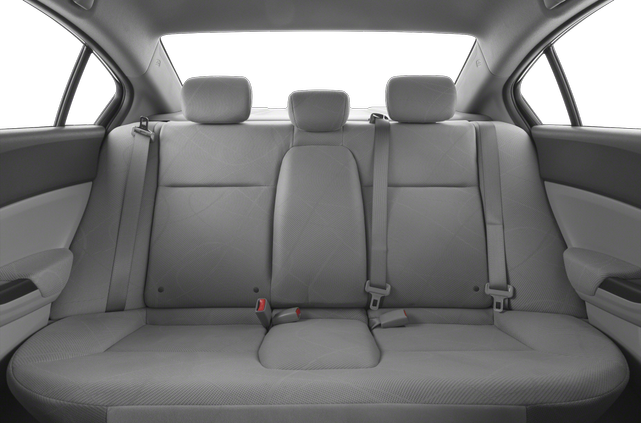 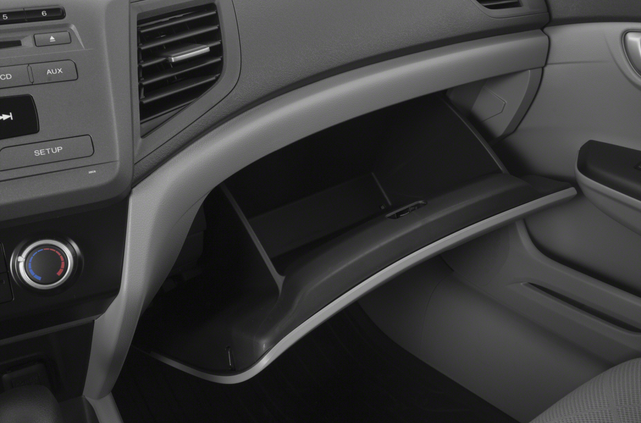 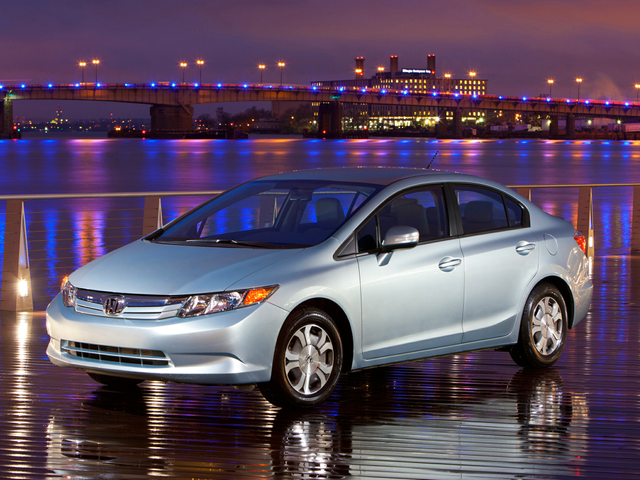 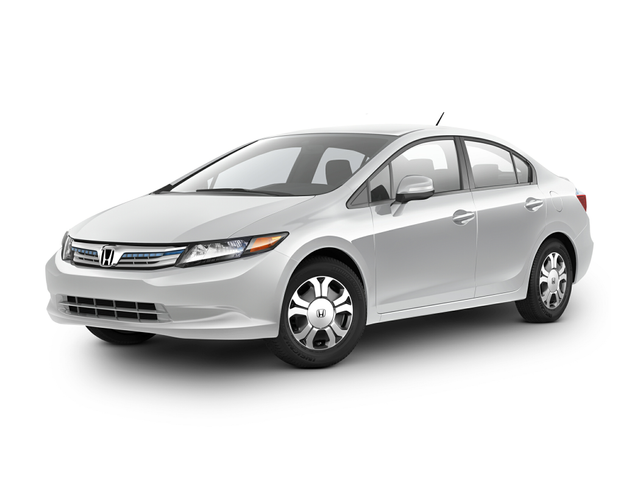 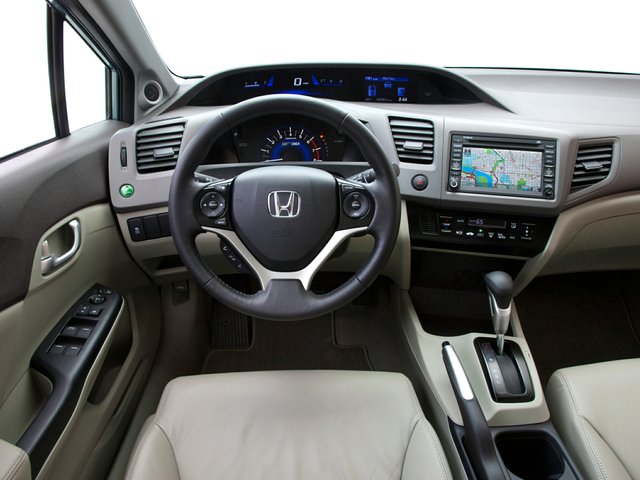 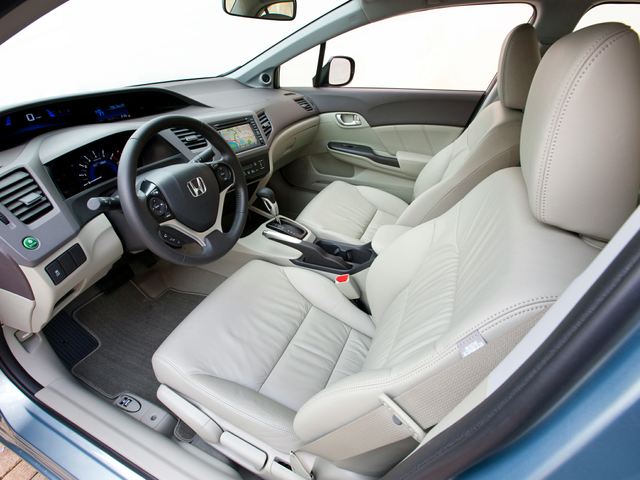 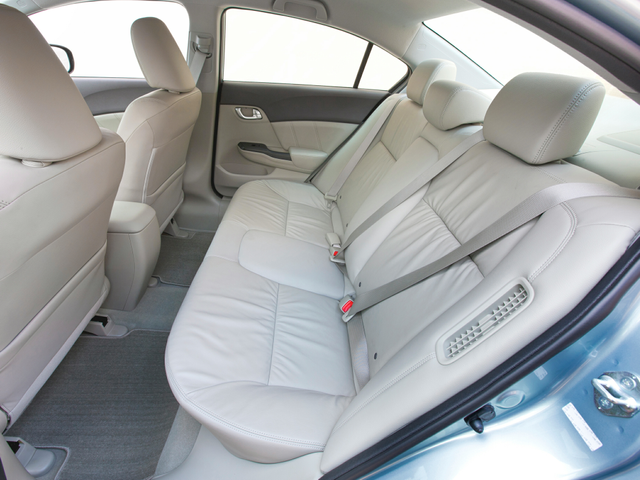