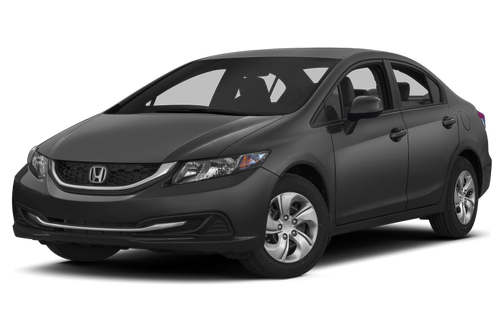 Our 2013 Honda Civic trim comparison will help you decide.

The 2013 Honda Civic is the stylish, high-quality compact that should have come out for 2012, now offering unheard-of standard features and innovation. It says to Hyundai: Let’s rumble!

In a drastic and surprising move, Honda significantly reworked its Civic sedan just one year after a complete redesign. Honda listened to complaints about the 2012’s so-so value, ho-hum quality and simple styling, then pulled off a complete 180 for the 2013 model year. As we detailed in our review here, the 2012 didn’t make huge strides in surpassing its body type competition, but it was still good enough to place second in Cars.com’s compact comparison, finishing behind the Hyundai Elantra, a value juggernaut.

Additionally, the interior shows off higher-quality materials, while the exterior has significantly more character. The driving experience has improved as well. The enhancements come on the now-base LX trim level for just $160 more than the 2012 LX. The 2013 base price starts at $18,955, including destination charge, with a manual transmission. The bottom-dollar DX trim is gone, and HF, EX, EX-L and performance-oriented Si trims sit above the LX. A Honda Civic Hybrid is detailed separately in our Research section here.

The 2013 Honda Civic LX that I drove for this evaluation is a long-term test car that Cars.com purchased to evaluate over a year of ownership. You can read about our purchase process here.

Boring Surgically Removed
The front and rear used to be plain and unexciting. This still ain’t a Ferrari, but compared with the 2012, the new styling is a huge step forward. The 2013’s hood is more bulbous, while the grille and lower styling feature more chrome accents and a look that’s more thought-out and stylized than the 2012’s dull rectangular shapes.

In back, the Civic sports borderline false advertising in a rear that has the appearance of more-expensive autos, like the Accord midsize sedan. Its taillights now extend onto the trunk lid, and a chrome bar connects those higher-quality taillights that feature additional depth and quality.

The 2013 Civic improves in every area over the 2012 — except for one pesky gripe that’s easily remedied: the wheel covers. Standard steel wheels, not alloy wheels, with plastic wheel covers are the norm for this car class, but the Civic’s wheel-cover design is hideous and ruins the progress made by the exterior’s other upscale appointments. I’m looking for a set of 2012 wheel covers to replace our 2013’s — ones that actually cover the wheels instead of show off the ugly steel.

Upscale Interior
It doesn’t take more than a glance to realize the 2013’s cabin has much nicer materials. Two easily identifiable differences include chrome trim surrounding the buttons and a soft-touch dash pad above the glove box that has high-quality stitching, like a premium or luxury car. The overall interior design hasn’t changed much, and it’s the same generous size as 2012.

Closer inspection reveals a huge list of changes we could easily bore you with — just know that it’s a substantial improvement in quality and style for very little more money.

The center dashboard materials are darker than before, giving a higher-quality appearance than the previous light-painted plastic. The textures are also more uniform — they were hugely inconsistent in 2012 — and the new consistency makes the interior desirable instead of merely livable.

The center dashboard’s buttons show how far Honda went in sprucing up the interior, with redesigned radio, climate-control and configuration buttons. The new panel has ridges and depth instead of flat, plain surfaces. The climate controls are even trapezoidal, a more stylized design replacing the 2012’s square buttons.

Higher-quality upper doors have softer-touch materials that are more comfortable for resting arms on long trips. The bump in quality even continues above occupant’s heads, as a higher-quality woven headliner replaces 2012’s cheap “mouse fur.”

The same generous seating comfort and interior room carry over from 2012. The front seat posed no problems for my 6-foot-tall frame, nor did the backseat, with good head and legroom and a flat floor. The trunk remains on the smaller side compared with competitors like the Elantra and Cruze. The LX and HF’s rear seat folds in a single piece, while more-expensive EX, EX-L and Si trim levels get a 60/40-split folding rear seat.

Redefining Value
There isn’t another compact car on the market with as many significant features for the money as the 2013 Civic. Sure, an LX with an automatic transmission is a $20,000 car by the time the paperwork is signed, but that includes a backup camera, a USB input, Bluetooth phone and streaming audio, and Pandora internet radio and text message integration with compatible phones. That’s on top of 2012’s standard air conditioning, steering-wheel audio controls, power windows and locks, and keyless entry.

The high-tech features are also easy to use, which isn’t always the case. Simple prompts are key for pairing phones and music players, and it proved easy to configure my smartphone in the Civic. The integrated text messaging feature actually worked with my Samsung Galaxy S3, even though Honda’s website said that phone wasn’t compatible with the feature. It’s one of the first cars where the feature has actually worked with my phone. The car reads incoming text messages over the stereo and notifies drivers when a text comes through. My phone wasn’t compatible with the respond feature, but phones that are can send a default text response, like “I’m driving,” back to the sender.

The concept of a higher-content base car with a higher starting price may be new to Honda, but Chevrolet took a similar approach with the Cruze and has seen great sales success. The Cruze may not have a standard backup camera or advanced phone functions like the Honda Civic, but it does offer features the base Civic doesn’t have, including automatic headlights and satellite radio. Those convenience features are available only on more-expensive Civic trim levels. Compare all 2013 Civic trims here.

Backup cameras as standard equipment will likely be mandated soon by the government in all cars for safety reasons; official dates and ruling are still pending.

Ride, Handling & Acceleration
One of our previous complaints included the Honda Civic’s tendency to lean into corners, which is diminished for 2013. Stiffer front springs and larger anti-roll bars help quell the nasty body roll of the 2012. There’s initial roll on the 2013, but the body quickly settles and has composure that makes the handling much more predictable.

The Honda Civic still isn’t fun to drive, like the Dodge Dart, Ford Focus or Mazda3, despite new suspension and steering systems, but some improvements were made to noise, vibration and harshness, and they’re substantial strides. The 2013’s interior exhibits less wind and road noise thanks to a thicker windshield, a stiffer front subframe and additional sound-proofing. A standard carpeted trunk lid finishes the previous bare sheet metal nicely while minimizing unwanted road noise from the rear. The Civic’s main engine is still a 140-horsepower, 1.8-liter four-cylinder in LX, HF, EX and EX-L trim levels, with a choice of a five-speed automatic or five-speed manual transmission in the base model only — all other trim levels use the five-speed automatic. The engine is well-suited to the Civic and provides adequate acceleration. An Econ mode slows engine and transmission response for better gas mileage, but it also makes the car pokier.

EPA gas mileage ratings for the automatic transmission are 28/39/32 mpg city/highway/combined for LX, EX and EX-L models, while the extra-efficient HF version is rated 29/41/33 mpg thanks to aerodynamic enhancements. The manual-transmission LX is rated a lower 28/36/31 mpg. High-performance Si trims can only be had with a 201-hp, 2.4-liter four-cylinder mated to a six-speed manual transmission. The Si is rated 22/31/25 mpg.

Standard safety features include federally mandated frontal airbags, electronic stability control and antilock brakes. There are also front-seat-mounted side-impact airbags and side curtain airbags. The standard backup camera has guideline markers to indicate the vehicle’s width, though the lines don’t turn with the steering wheel to indicate direction — or pair with backup proximity sensors. See all the Honda Civic’s safety features here.

See how child-safety seats fit in the Honda Civic here.

2013 Honda Civic in the Market
There was nothing really wrong with the 2012 Honda Civic, but it was a cookie-cutter, boring sedan that did everything all right but didn’t stand out in one particular category, like the fun-to-drive Ford Focus or value-laden Hyundai Elantra.

Now with a full tank of value and style, the 2013 Honda Civic is much better prepared to take on the segment’s best with an arsenal of ultra-competitive standard features. Combined with Honda’s rock-solid reliability, the 2013 Civic is back on top of its game.

worst Honda I own

May 28, 2021
By NEVERAGAIN from montgomery al
Owns this car

I had issue after issue . The service department are not honest with the dealings of truth on things and cover up ALWAYS get copies of what they do not just a paper saying couldn't duplicate issue. They cover up .

Want a sleek ride with excellent gas mileage? I average 30 in city driving, and get about 45 highway in an 8 year old car. Im 5’3.5” and the seat fits me perfectly, J in can adjust to be able to accurately gauge depth and park easily. Heat and ac is phenomenal in this small of a car, and my speakers hardly need to go above “10”. This car sits lower to the ground, so the suspension is a bit bumpier than other cars. But the car makes up for that with everything else. Even under the hood is easy to check the oil, add windshield washer fluid, and easily check the battery. And its designed to be easily accessed. While I bought a 2 door, it easily fits me and a passenger in the front and my 90 pound golden in the back. Its great for commute, teenagers, and adults.

Great car! Clean I’m & out. Gas mileage is fantastic! I’ve never owned a Honda before but going by this car Honda jumps to the front of my list

Rating breakdown (out of 5):
5 people out of 5 found this review helpful. Did you?
Show full review
See all 285 consumer reviews 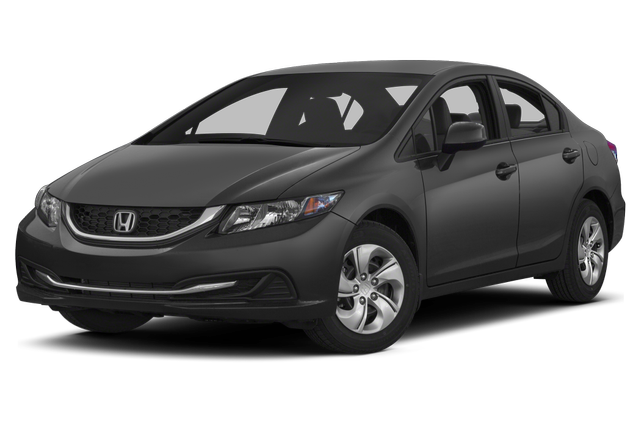 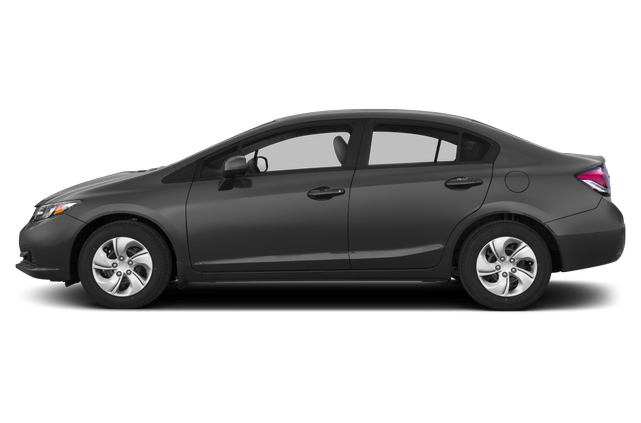 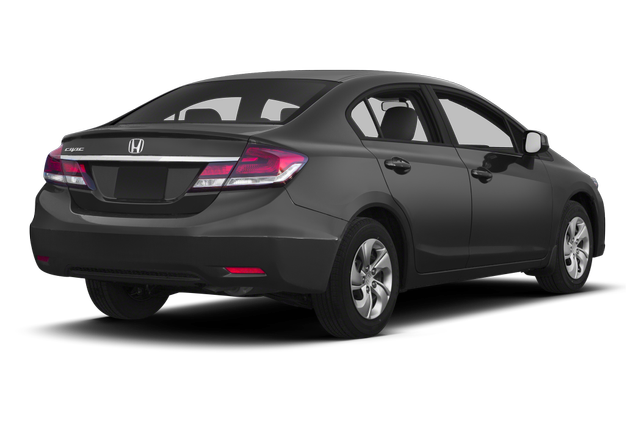 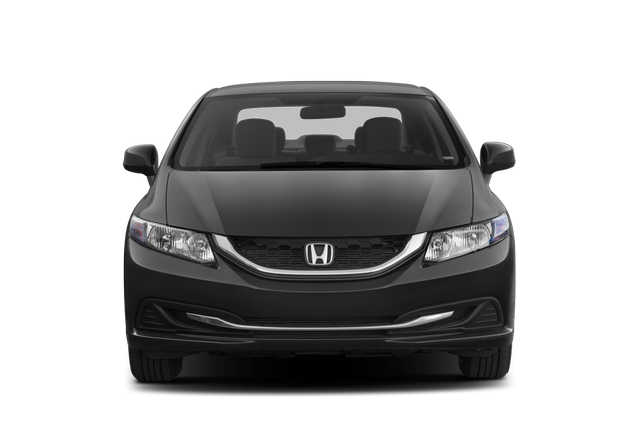 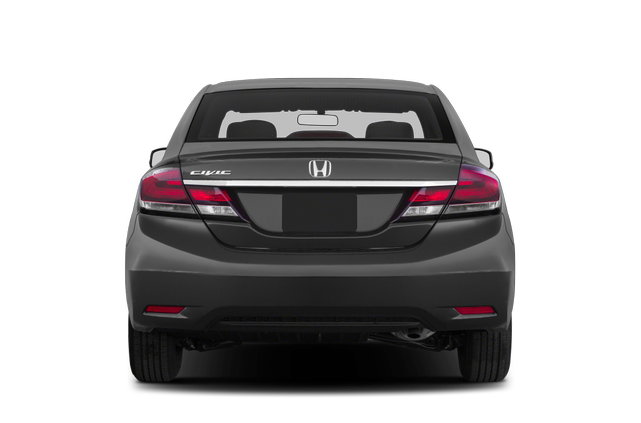 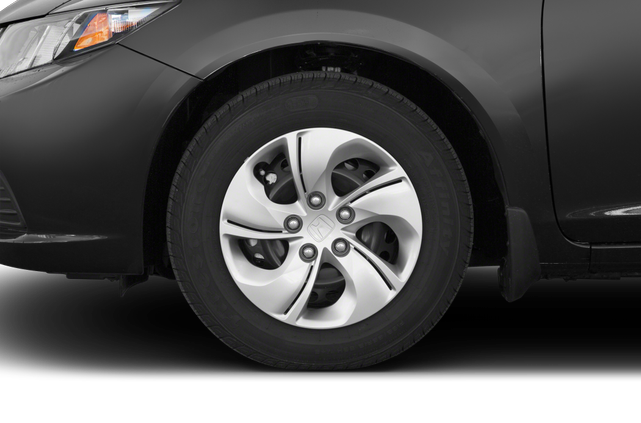 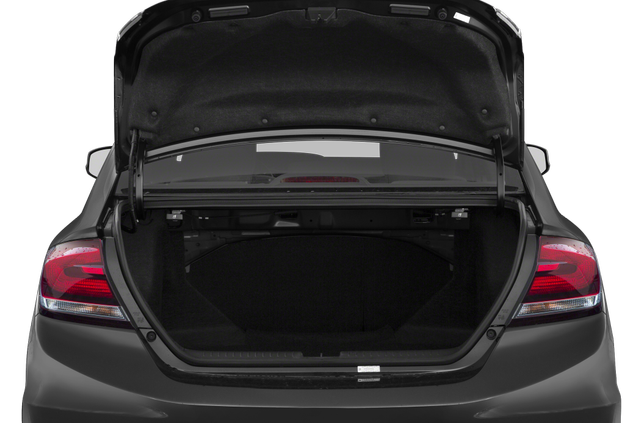 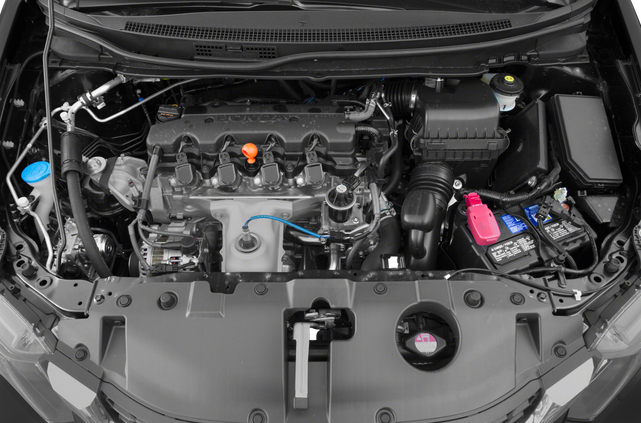 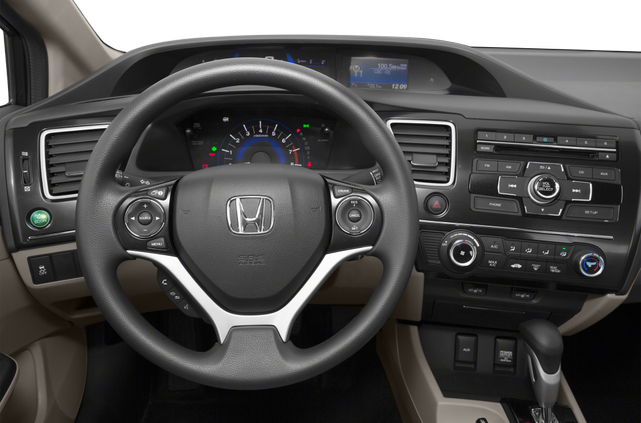 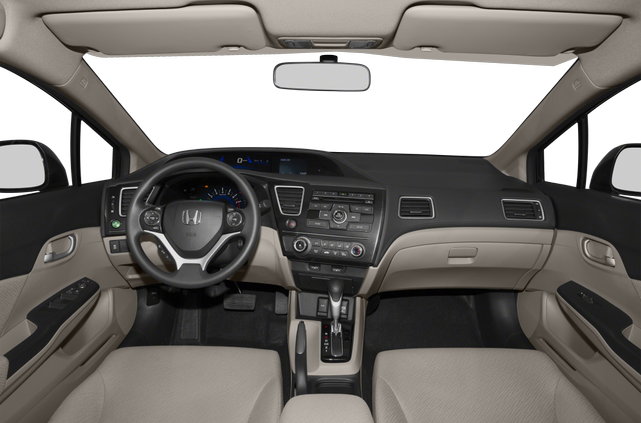 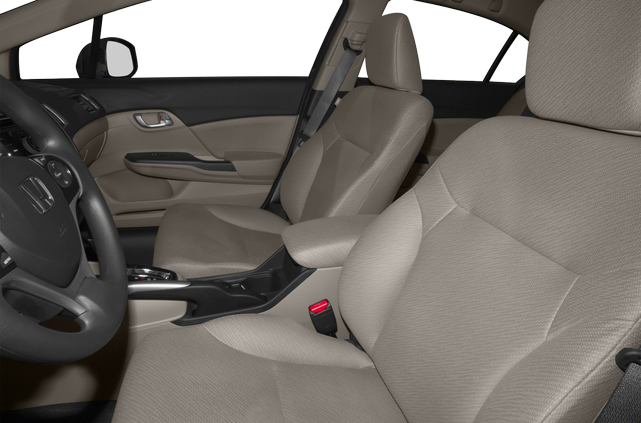 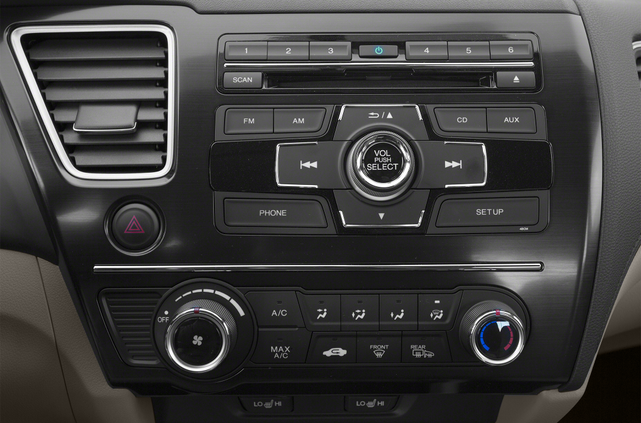 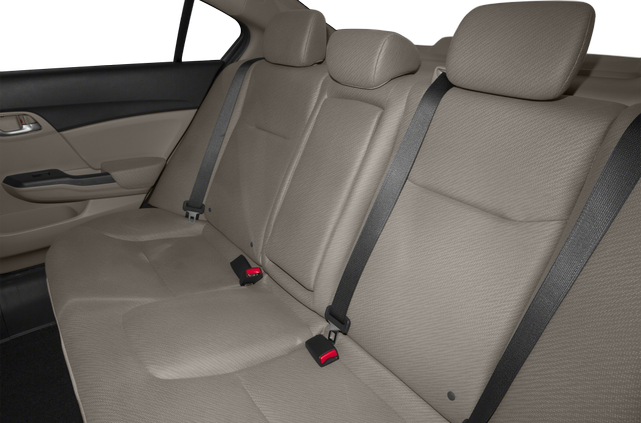 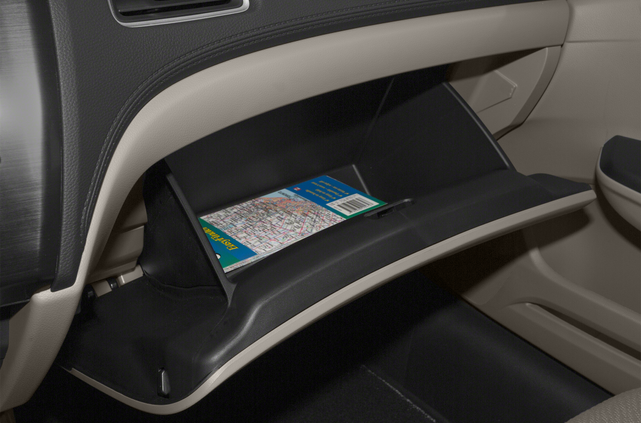 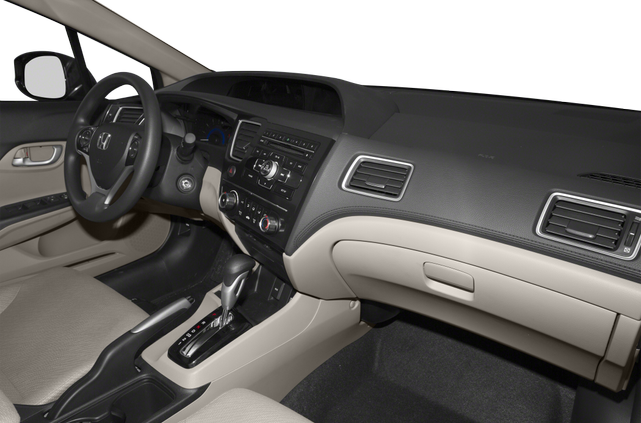 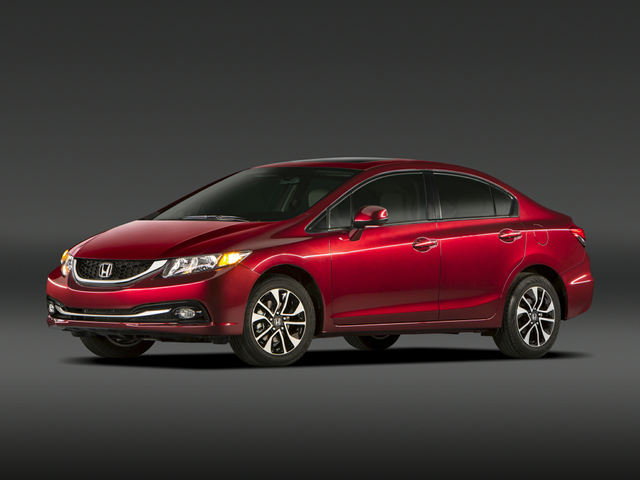 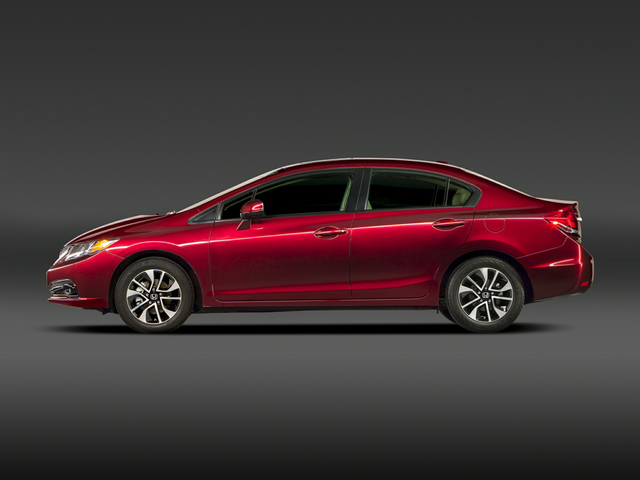 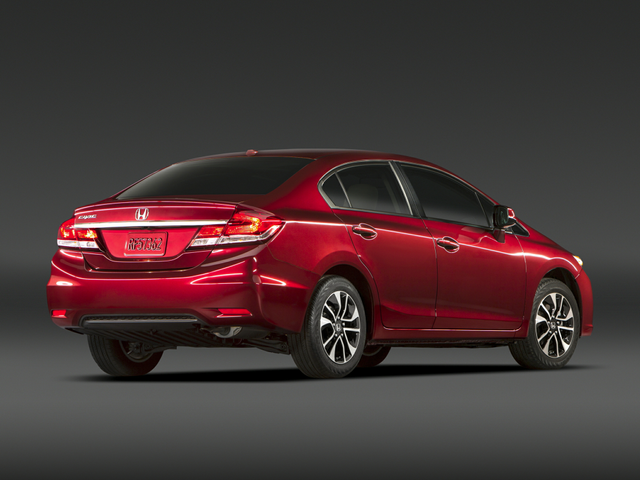 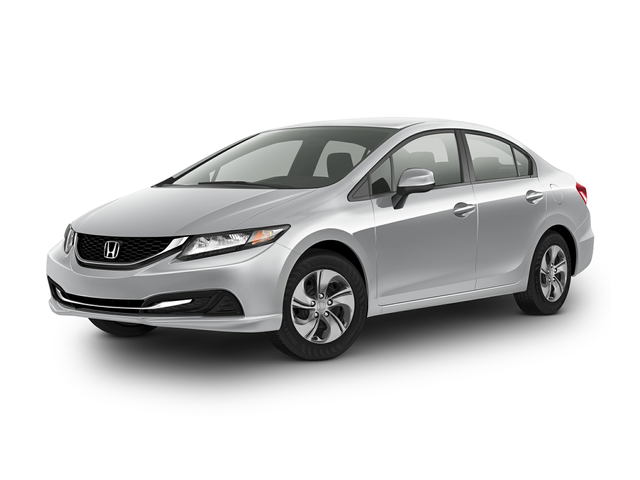 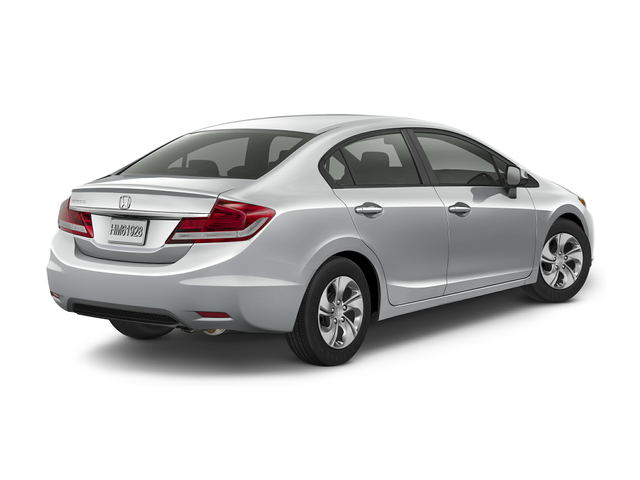 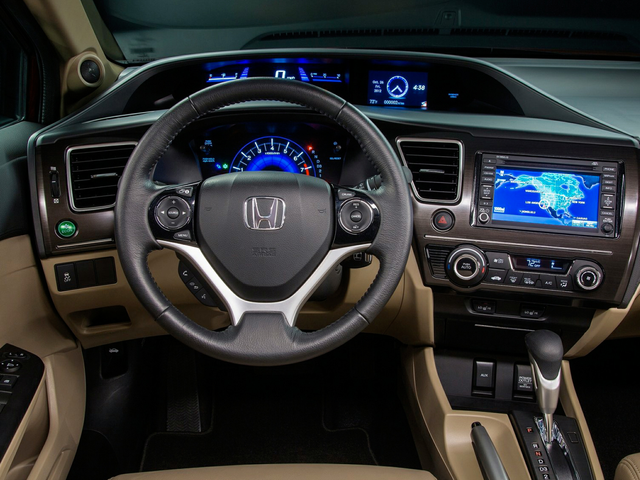 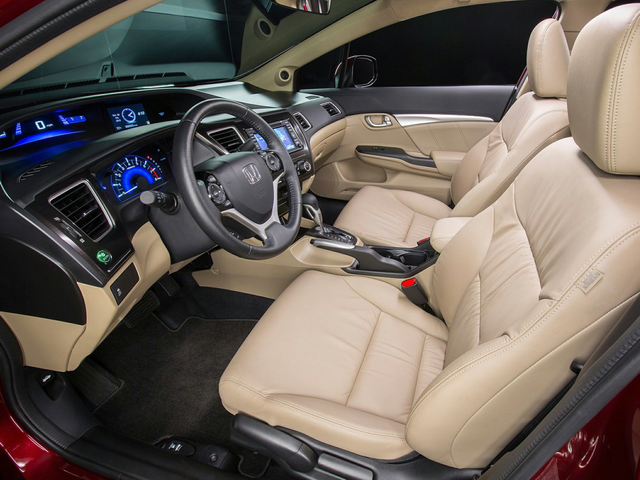 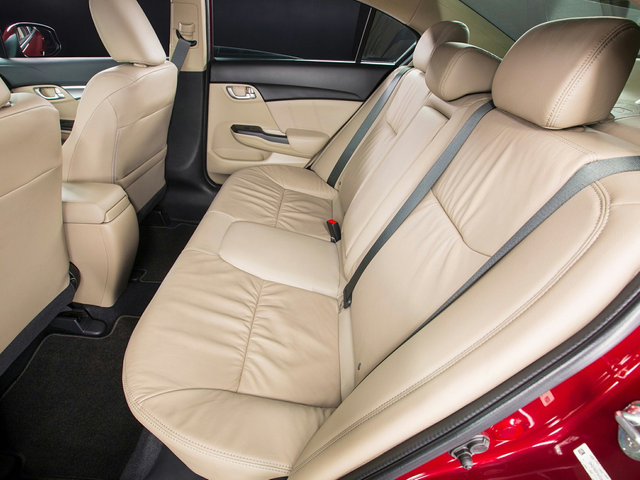