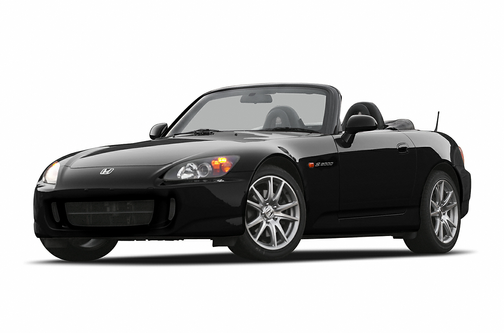 The Honda S2000 has pure sports-car performance with a 240-horsepower motor.

I didn’t fit. Not even close.

I felt like a Shriner driving this thing. Or maybe a circus bear.

OK, so I’m a really tall guy. Still, anyone taller than 6 feet will find the S2000 to be cramped. Anyone carrying extra girth will need the jaws of life to get out from behind the wheel.

For me, legroom was the issue. My knees were smacked up beside the steering wheel, which doesn’t adjust to accommodate the likes of me. Sure, I could drive it, but if the wheel tilted up an inch or two, I would have been much happier.

And supposedly, Honda made the S2000 interior roomier for 2004. Right.

But enough of my personal issues. In terms of performance, the S2000 is everything it’s cracked up to be: a fast and quick-handling roadster with an impressively potent four-cylinder engine. Among the modern run of small sports cars, ranging from the Toyota MR2 and Mazda Miata to the Mercedes-Benz SLK, BMW Z4 and Porsche Boxster, the S2000 is the hardest charger.

It also seems like the purest effort in terms of sports-car attitude. S2000 feels ready for the track, with no compromises. It’s equipped with a rock-hard sport suspension, refined for 2004, and a six-speed manual transmission with the close gear ratios of a race car, and that’s the only way it comes.

All great stuff. Too bad I’m too tall to join in.

A no-nonsense, high-performance sports car with some significant upgrades for 2004. Introduced with much fanfare in 2000, S2000 remains a favorite among drivers who appreciate the combination of power and finesse.

The 2.2-liter straight four must be considered one of the best street performance engines ever built. Wringing 240 horsepower out of this small mill without a turbo or supercharger, plus having it run so smoothly and tractably, is an engineering feat that borders on black magic.

The 2004 engine has been upped from 2 liters, which gives it more torque at a lower rpm. The difference in engine size was accomplished by lengthening the piston travel.

Equipped with Honda’s groundbreaking VTEC variable valve timing system, the 2.2-liter engine provides plenty of muscle at low speeds, then turns into a screaming beast as the revs climb and both intake and exhaust cams move to a more aggressive position.

The engine’s wide power band makes it a joy for sprinting along winding roads.

Zero-to-60 time is less than 6 seconds, according to Honda. The engine-speed red line has been throttled back to 8,200 rpm for the 2.2 from 9,000 rpm for the 2 liter. That’s still stratospheric.

The six -speed transmission is also a work of art, with the first five gears spaced more closely for 2004 for added performance. The shifter is quick and precise, with an excellent feel of connectedness.

A nicely balanced roadster with tight suspension, fat tires, quick steering and excellent brakes. What’s not to like?

S2000 fulfills its promise here, too, delivering the kind of sharp handling that’s associated with such classic small sports cars as Lotus or Alfa-Romeo. The suspension settings have been tuned slightly for a more accommodating ride, according to Honda, though a busy, jostling ride is still the tradeoff for flat cornering.

S2000 does manage to absorb road irregularities and rough surfaces without losing its composure, more testament to sound suspension and chassis engineering.

S2000 retains the classic look of British and Italian roadsters, looking both muscular and sophisticated over its short wh elbase. There has been some fine-tuning of the design, with new bumpers and lights front and rear for an updated look and better aerodynamics.

You’ve heard my gripes about interior space, so I won’t go into that again.

The design is simple and straightforward, with a new console that includes a smoothly sliding cover over twin cupholders. In a nod to race-car tradition, the engine is fired up via a red starter button to the left of the steering wheel.

Though Honda says its tiny electronic gauge cluster was inspired by Formula 1 race cars, I find it simply ugly. The digital speedometer looks like something lifted from a ’70s sedan, and the gauges are woefully incomplete for a sports car.

The top glides up and down quickly, but the big clamps that attach it to the windshield are awkward to manipulate. The rear window is still flexible plastic, guaranteed to end up scratched and creased.

Fast and fun, a true sports car that should please even the most demanding driver. If you fit.

February 4, 2020
By Josephb77 from Farmingdale, NY
Owns this car

Made to be driven, fun to drive lots of power great handling excellent performance. Once you drive it you want to own one fugetabout it

Most fun car I've ever owned 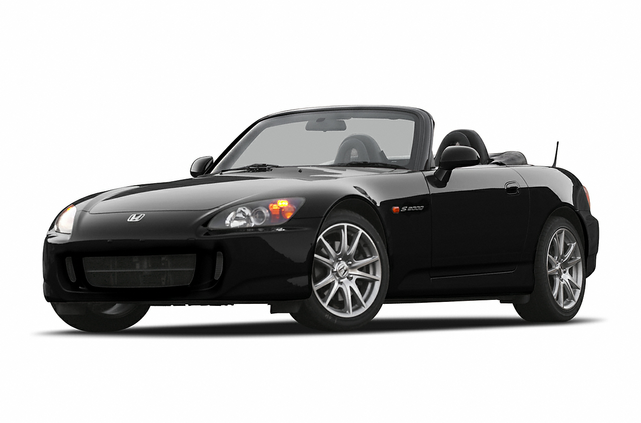 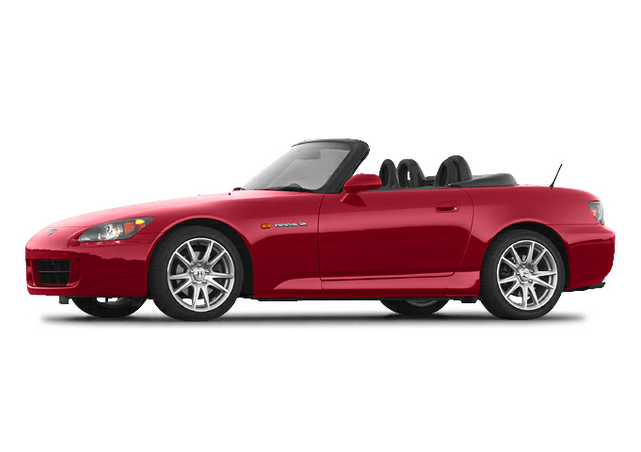 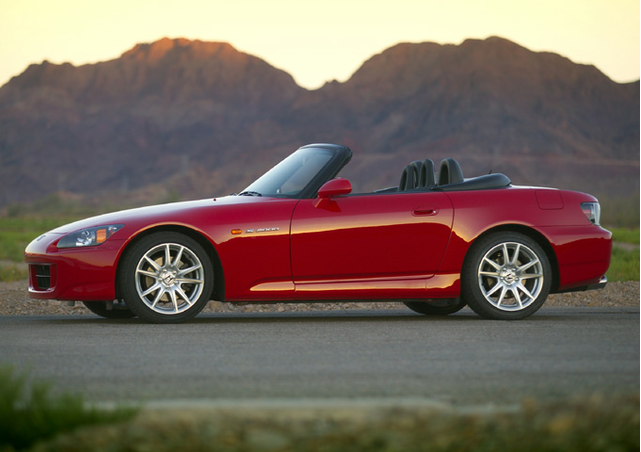 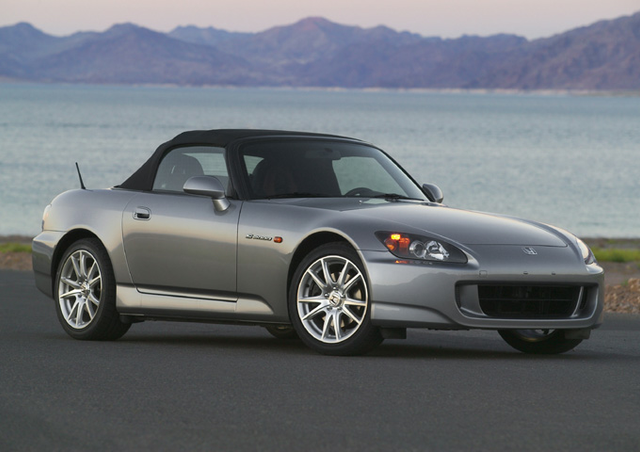 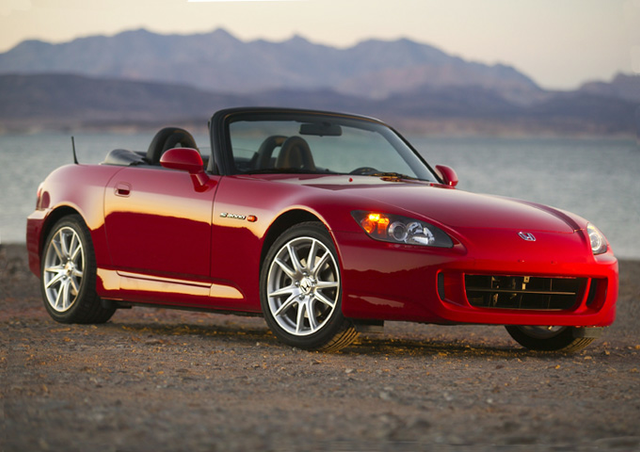 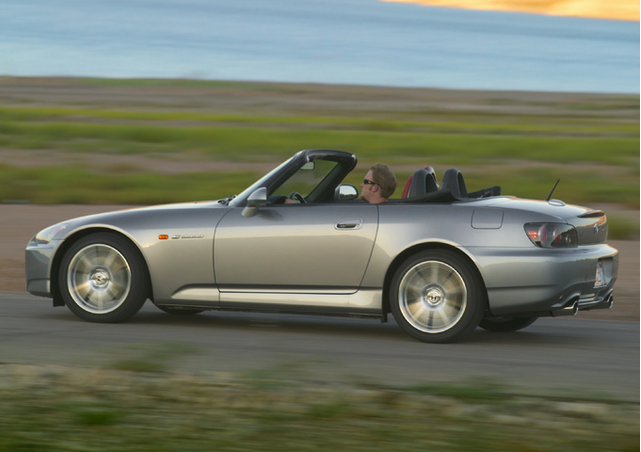 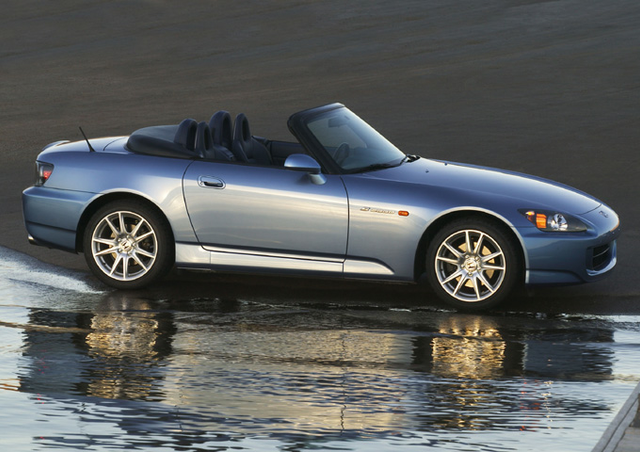 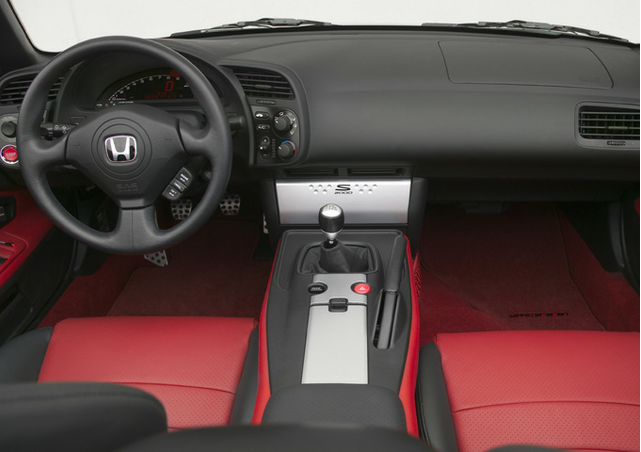 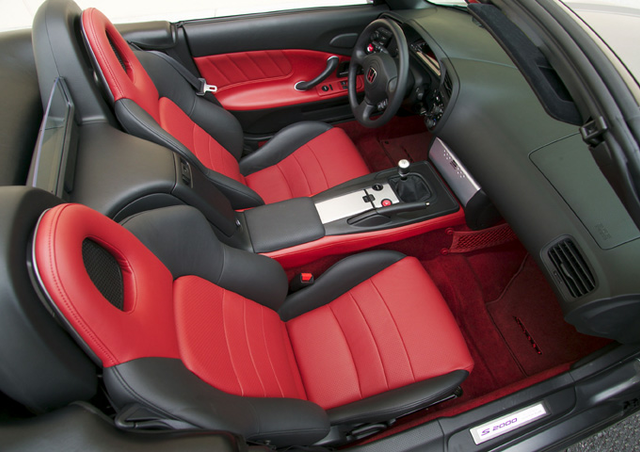 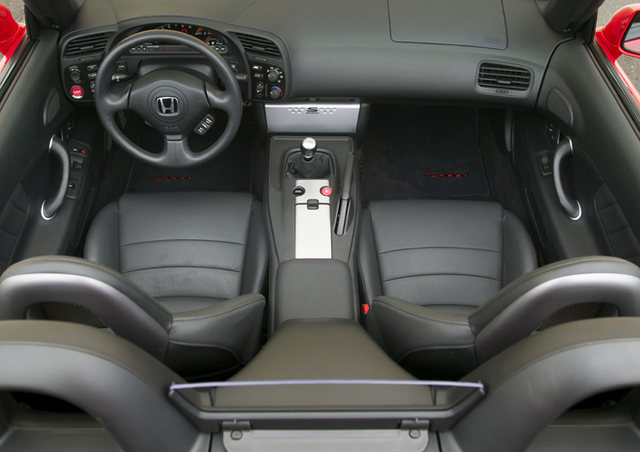 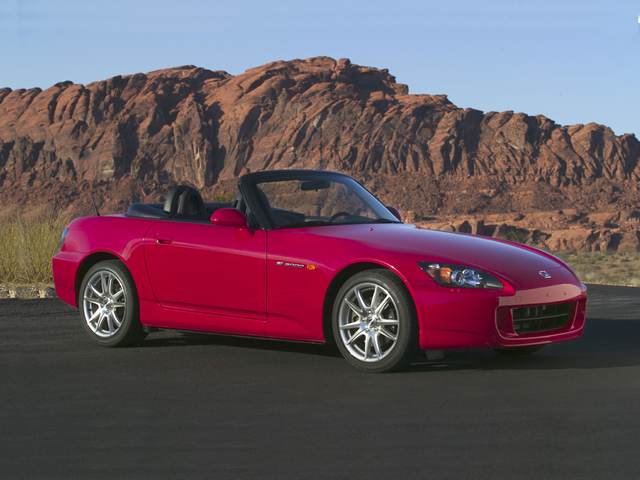 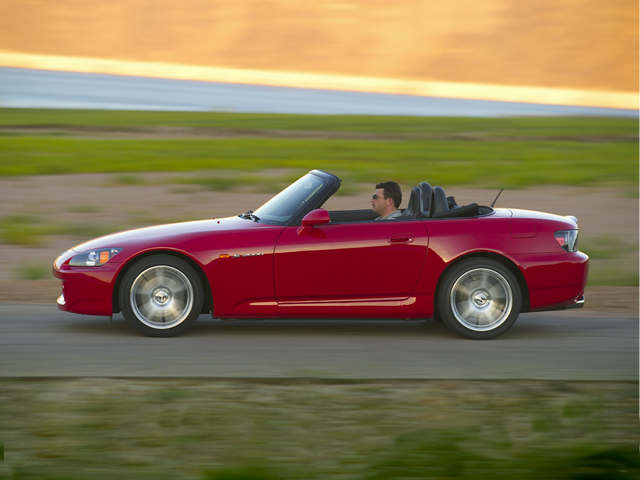 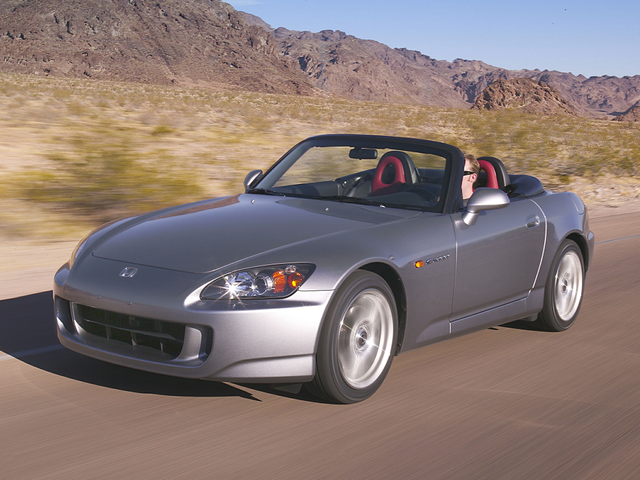 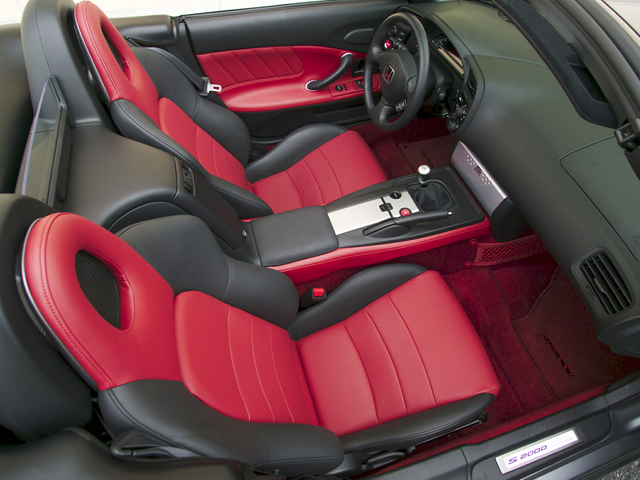 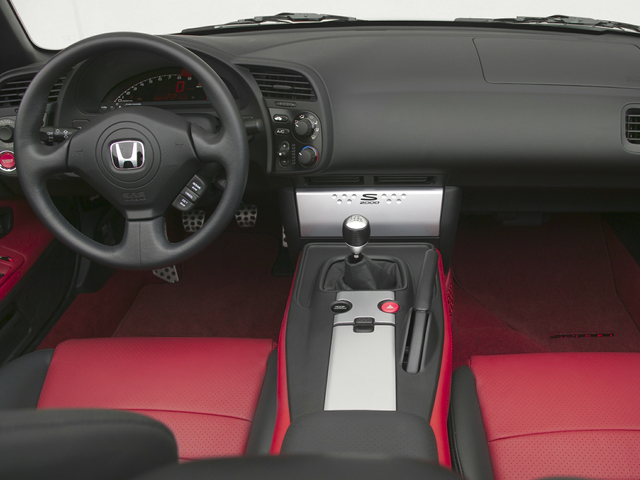 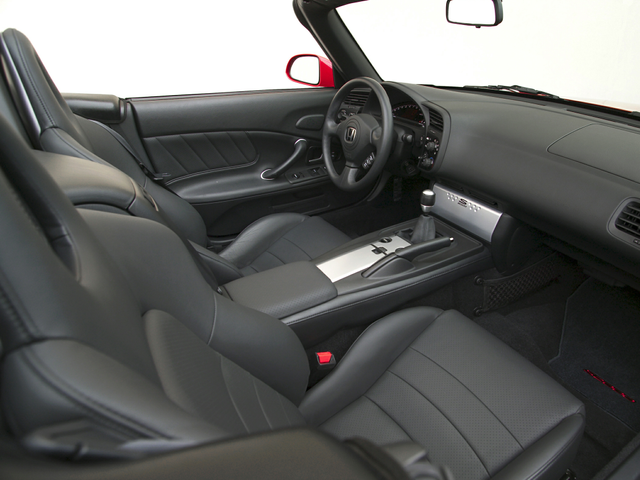