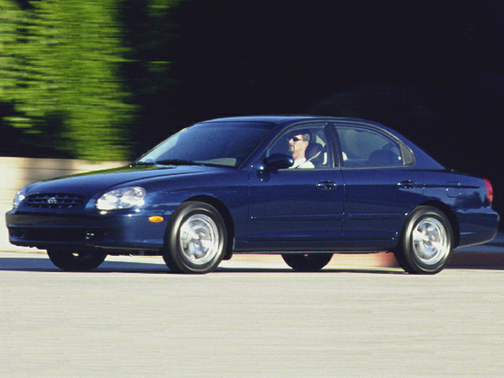 Our 2001 Hyundai Sonata trim comparison will help you decide.

Vehicle Overview
A new top-of-the-line model with leather upholstery is the main addition to the Sonata lineup for 2001. The front-drive Sonata midsize sedan returns in base and GLS models and as the new GLS Leather, which also has a standard CD player and power drivers seat.

The Sonata was redesigned for 1999, and until this year was Hyundais largest, most-expensive U.S. model. That honor now goes to the XG300, a new midsize sedan that joined the lineup this fall.

Hyundai, South Koreas largest auto company, also owns Kia, which will sell a version of the Sonata as the Optima with different front and rear styling.

Interior
Though the Sonata is shorter than the Camry and Accord, it is wider than both at 71.6 inches. That gives backseat passengers more room to spread out, and three can fit with some squeezing. Headroom and legroom are sufficient for taller folks. Trunk space looks larger than the 13.2 cubic feet quoted by Hyundai, and the split rear seatback folds for extra cargo room.

Hyundai tries to compete with Toyota and Honda by offering more features at a lower price. Standard equipment on the base model includes air conditioning, a cassette player, cruise control, and power windows, locks and mirrors.

Under the Hood
Base models come with a 2.4-liter four-cylinder engine that produces 149 horsepower, but the majority of sales are GLS versions with a 170-hp 2.5-liter V-6. Both engines are available with five-speed manual or four-speed automatic transmissions.

Safety
Side-impact airbags for the front seats are standard on all models  an unusual standard feature among midsize cars in the Sonatas price range. The front airbag for the passenger seat does not deploy if a weight sensor detects less than 66 pounds on that seat. If there is less than 33 pounds on the front passenger seat, the side airbag does not deploy either.

Driving Impressions
Poor quality on earlier models deterred many buyers from even considering a Hyundai, and a spotty dealer network turned off some of those who dared. The quality is better these days, and the Sonatas performance is competent enough to compare with the class-leading Camry and Accord. Resale value still doesnt match Toyotas or Hondas, but Hyundais lower prices and longer warranties make the Sonata worth considering.

January 26, 2020
By THMarana from Marana AZ
Owns this car

The 2001 Hyundai Sonata is the best car I've ever owned. It has been a workhorse that'll climb the Continental Divide in an blizzard with 8-inches of snow accumulation; powering around all other vehicles, including 4-wheel/all-wheel drive. It handles mountainous terrain uphill and downhill with the best of them. Cruise control, power windows, door locks, mirrors, and all controls are right at your fingertips. Smooth riding and reliable!

Most reliable car our family ever had.

I inherited this car from my father and I've got to say it's a speed demon for a 4 cylinder. Fast off the start and good braking. It's fun to drive on local errands and the seating is comfortable. Nice interior compared to some newer cars. It was the most dependable car my father ever owned. It's needed some repairs, but nothing compared to what can go wrong with a car. I love buzzing around in this car. Great handling, easy to drive. It's too easy to find yourself speeding. I Hope to have it a few more yrs.

I bought this car out of a junkyard when it was already 15 years old in 2016. After having to get a major repair costing about as much as I bought the car for, I haven't ran into any big issues since then. Engine and transmission wise, the car is very dependable. The car purrs. I bought the car due to the quietness and power of the engine, even with its age and condition. I have a slightly upgraded model that includes all power features and the simulated wood grain. A lot of the features in the car work periodically, in terms of the electronics. However, I have the factory parts from when the car was sold off the lot. For having almost 200k and 17 years, it works way better than expected when thinking about the fact that the car was bought out a junkyard. In terms of styling, the car is reminiscent of imported Asian luxury cars of the time. Recommend to anybody who needs an uber-cheap, reliable source of transportation. The car is not a quitter. 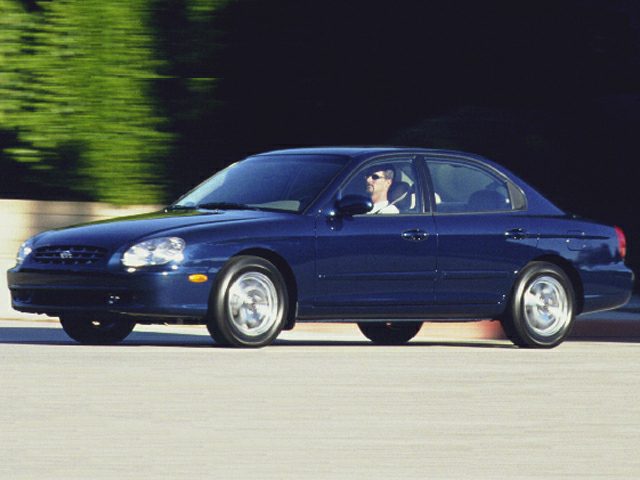