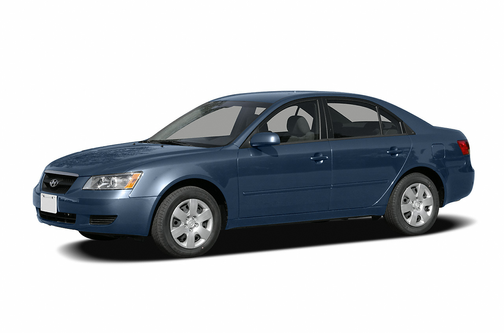 Our 2006 Hyundai Sonata trim comparison will help you decide.

If you’re still not convinced that Hyundai vehicles deserve your consideration, check out this model. For years Hyundai has had a knife lodged in the rib cage of domestic automakers, and the 2006 Hyundai Sonata represents the most vigorous twist yet.

Hyundai rolled out this sedan’s good looks, best-yet quality and epic list of standard features at the Detroit auto show in February. Ford’s Taurus replacement, the Fusion, had been introduced the day before, but it promptly slipped off my proverbial radar screen. My evaluations of a Sonata LX V6 and GLS V6 have only increased my enthusiasm. This new sedan, now technically full size, is a shot across the bow of the midsize class leaders from Japan as well.

Several attributes have driven Hyundai’s sales increases — now nearly 400 percent higher than in the punch-line days of 1998 — and made it the fourth-best-selling foreign brand in the U.S. after Toyota, Honda and Nissan. A generous warranty, more standard features than the competition and a lower list price got buyers’ attention; quality and reliability have made them loyal. J.D. Power and Associates’ 2004 Customer Retention Study ranked Hyundai fourth in the industry at 57.6 percent, compared to an average of 48.4 percent. Reliability for the previous Sonata model has been average to above average.

The first Hyundai built in the U.S. — at a new assembly plant in Montgomery, Ala. — the 2006 Sonata has an interior volume of 105.4 cubic feet, up from 100.0 cubic feet in the outgoing generation. This, combined with the trunk’s growth from 14.1 to 16.3 cubic feet, moves the Sonata into the Environmental Protection Agency’s full-size car class. Its exterior size is still manageable, though: 2 inches longer, 0.4 inch wider and 2 inches higher, with 1.1 inches more wheelbase.

This is a story of value, but before I get into the features tally, let’s not forget the basics — acceleration, braking, etc. The Hyundai Sonata gets them right. Its ride quality is firmer than in the previous generation’s but not objectionably so. (To the contrary, some find the Honda Accord’s ride too harsh.) The handling also has improved, with less body roll and impressive cornering.

Both of my test cars had the 235-horsepower, 3.3-liter V-6 engine, a considerable increase from the previous generation’s optional 170-hp, 2.7-liter V-6. Power ratings alone don’t tell the whole story, but this is a 28 percent increase, and the Sonata’s curb weight has increased a maximum of only 6 percent in the heaviest new trim level. Quicker acceleration should result.

It does. The larger engine and five- rather than four-speed-automatic transmission show in spirited acceleration and good passing power at all speeds. More important, the shifts are smooth and kickdown is reasonably quick. The image of a crude transmission cobbled together in a Third World country just doesn’t apply. Also standard is a clutchless-manual mode Hyundai calls Shiftronic.

Hyundai still offers a standard four-cylinder in the base — GL — trim level and the GLS, which I haven’t yet driven. (Four-cylinder Sonatas will continue to be manufactured in Korea until the Alabama plant ramps up.) For what it’s worth, Hyundai says 60 percent of Sonatas sold historically have been V6 models, a distribution that’s expected to continue in the new generation. In comparison, roughly 20 percent of Accord and Toyota Camry buyers opt for the six-cylinder. Hyundai cites the Sonata’s lower price as the reason.

The four-cylinder’s output also is up over the previous generation’s by 15 percent. In this case the optional automatic transmission is a four-speed; a five-speed manual is standard. Despite the performance boosts, all the Sonata configurations are more efficient, as shown.

The Hyundai Sonata LX’s interior is the best yet, and definitely competitive. The color pallet is sensible, the layout ergonomic, and the materials high-quality in both appearance and touch. The only problem with this one was a toxic-smelling new-car odor. (Perhaps it was an anomaly or simply exaggerated by the Midwestern heat wave.) The GLS’ standard cloth upholstery is decent but not exceptional.

While the Sonata has an uncommon standard airbag complement — frontal, front-seat side-impact, and side curtain-type for front and backseat — I’d like to see a telescoping steering wheel, which helps drivers of different statures get comfortable and distance themselves properly from the airbag. The current standard wheel only tilts; the LX’s also telescopes. A power driver’s seat is optional in the GLS and standard in the LX, but the standard manual seat also has cushion tilt and height adjustments.

Most of the interior seating dimensions in the new model are greater, up to about an inch. The backseat is quite accommodating and comfortable, without the leaning-back feel of the Accord. One drawback is a center floor hump that’s very high for a front-wheel-drive car. The 60/40-split backseat folds to extend the trunk inward. The trunk itself measures 16.3 cubic feet, up from 14.1 cubic feet in the previous generation. The towing capacity has doubled to 2,000 pounds.

All the standard and optional features are detailed elsewhere in this section, but it bears emphasizing how many standard features you get even in the base Hyundai Sonata GL:

Some of the above are rare as standard equipment, and some are downright unheard of. It’s not merely the number of features that stands out. Much of this content is high-cost. I always emphasize results over formulae, but from a strict cost perspective, equipment like double-wishbone front and multilink rear suspensions also are expensive.

You can click on Side-by-Side Comparison above to compare two models or trim levels of your choosing. The following table shows the significant differences between the most affordable V-6-equipped Sonata and Accord.

Well just got to 190K miles with minimal trouble. Hit two deer and had repairs other than that just tires, oil, a couple lights was the maintenance. Mine is a 4 cylinder but has been up to 123 mph. Impressive power for a 4 banger I hate to think of giving it up.

My best car ever

I purchased my 2006 v6 Hyundai Sonata GLS 16 years ago. I’ve regularly maintained the car. It now has 137,000 miles in it; so I’ve bee averaging 8,600 miles a year. Until recently, no problems but recently it had trouble starting. First it would start ok, then it wouldn’t start, then it would start again, Two different auto repair shops couldn’t determine what the problem was. So today I had it towed to the dealer. They should be able to figure out what the problem is. I really like/love this car and wish Hyundai would still make a V6. When it reaches 200,000, I’ll probably buy another Sonata Sedan.

I still Drive a 2006 Hyundai Sonata 3.3 L V6, I love this car! You are in for a treat to anyone who finds a well-cared-for version of this car. This car has saved me from a severe accident at least three times. The handling and the power and the braking are phenomenal! Best car I ever owned.

Rating breakdown (out of 5):
3 people out of 3 found this review helpful. Did you?
Show full review
See all 117 consumer reviews 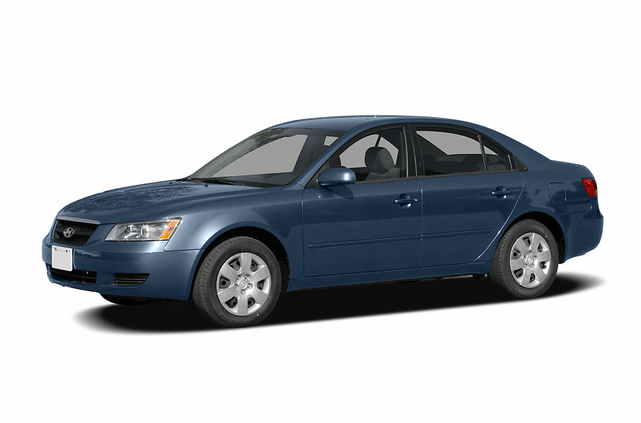 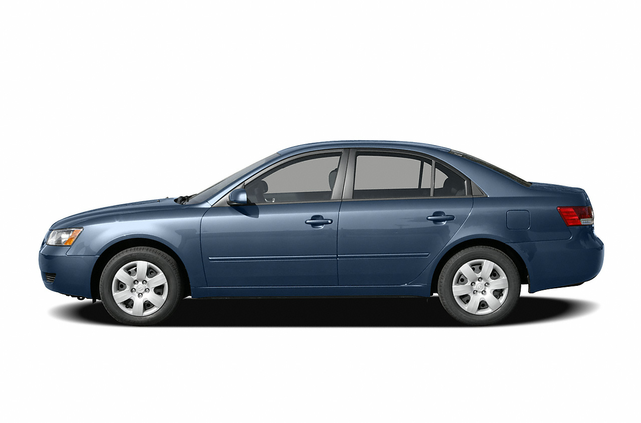 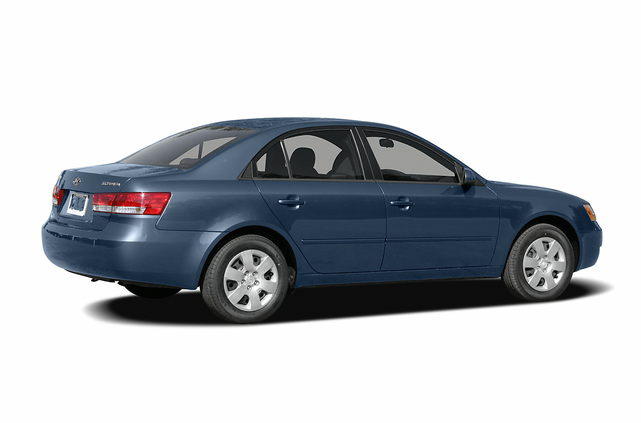 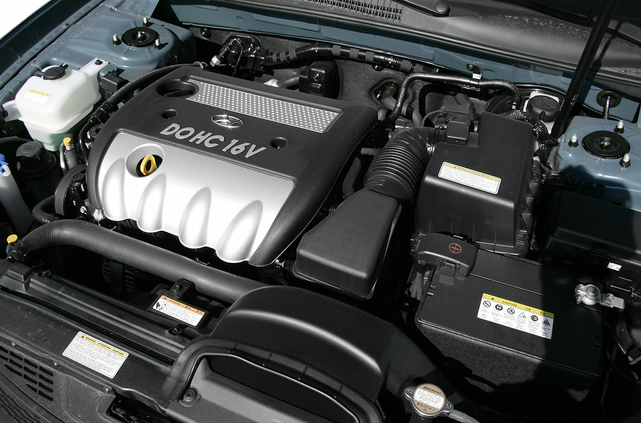 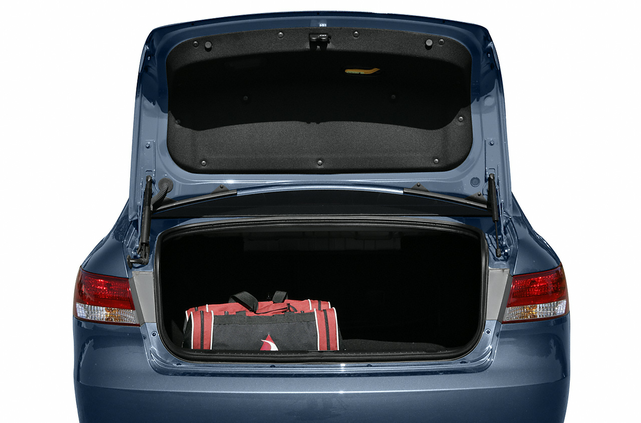 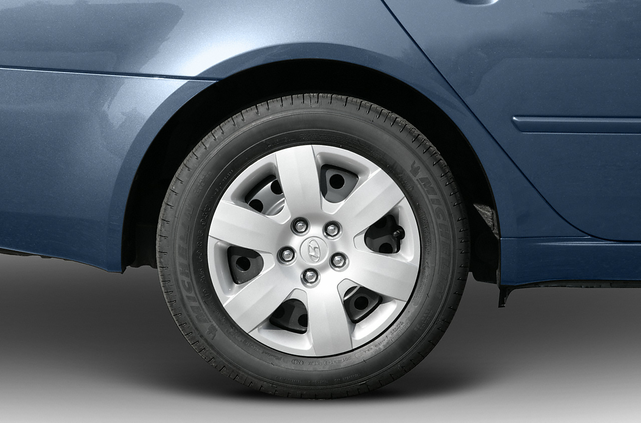 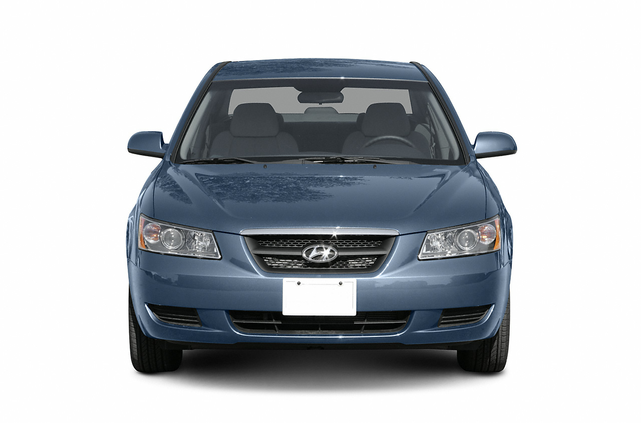 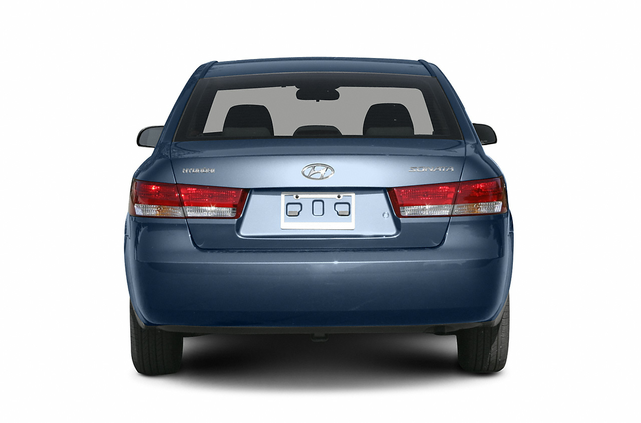 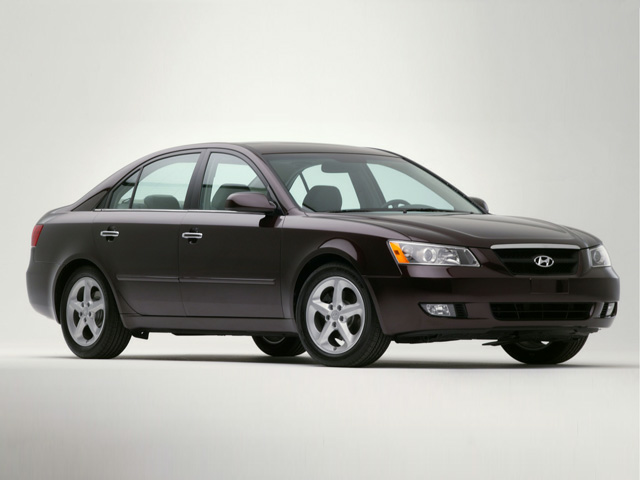 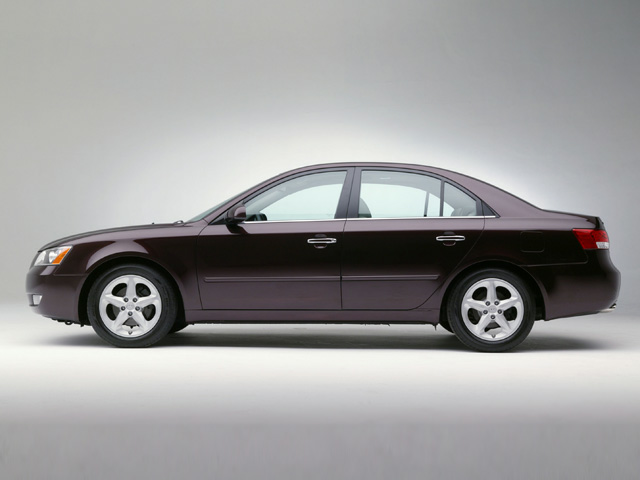 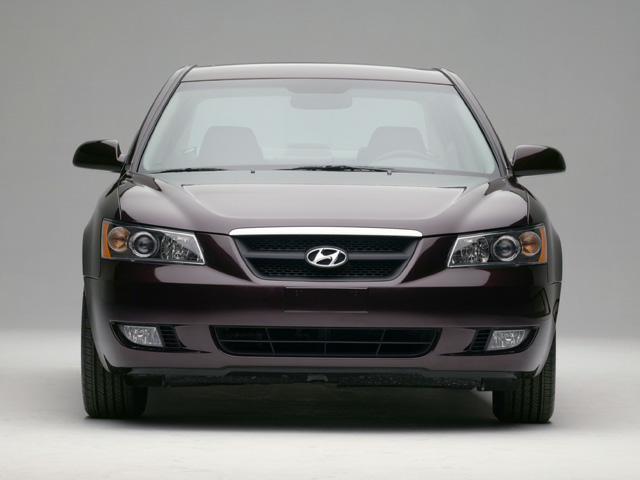 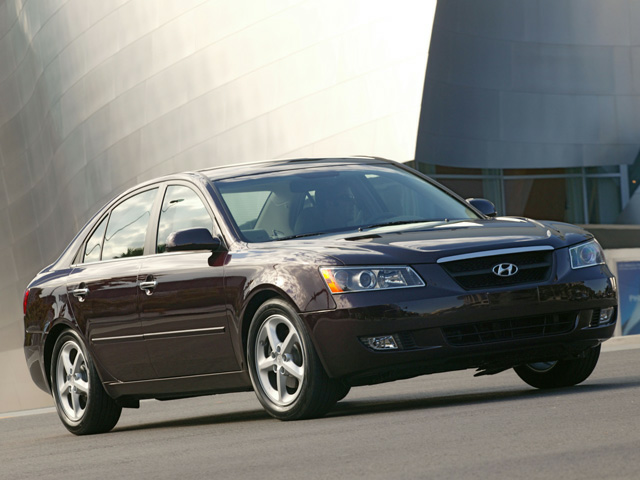 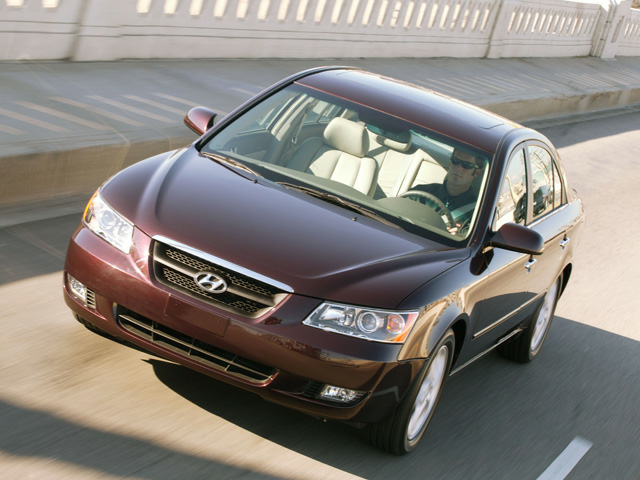 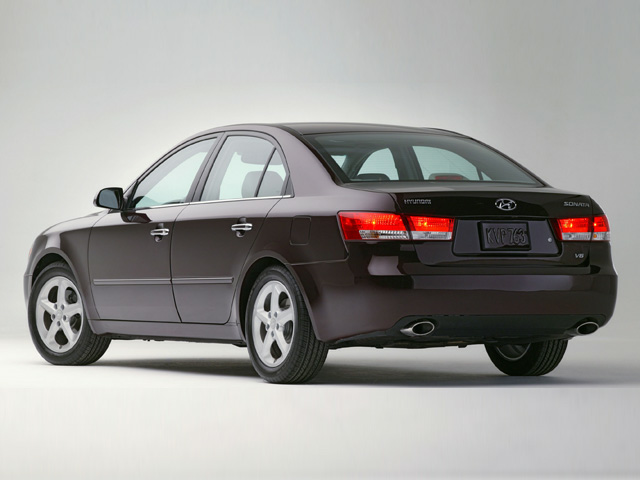 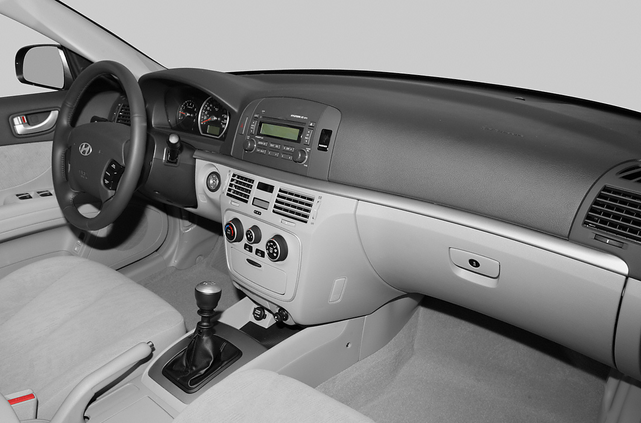 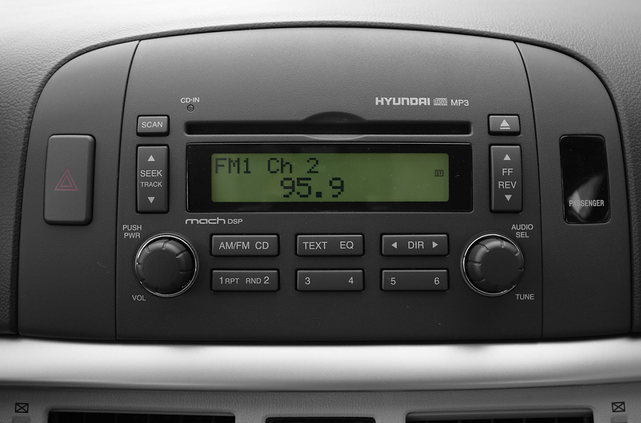 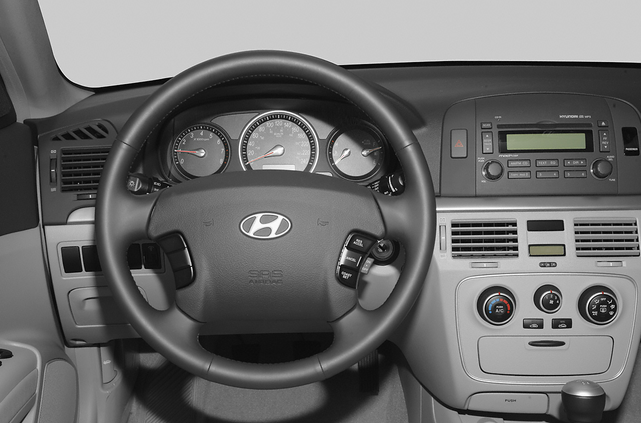 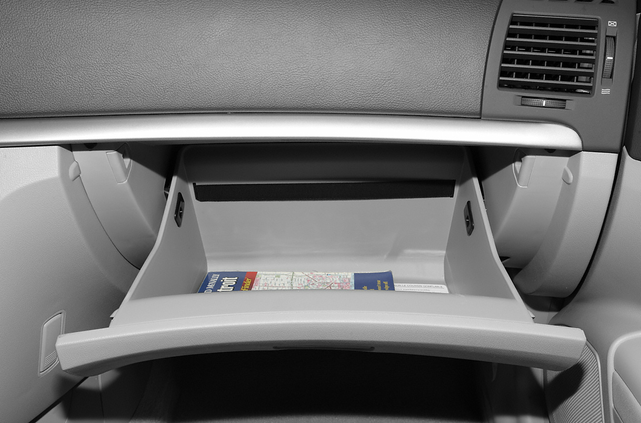 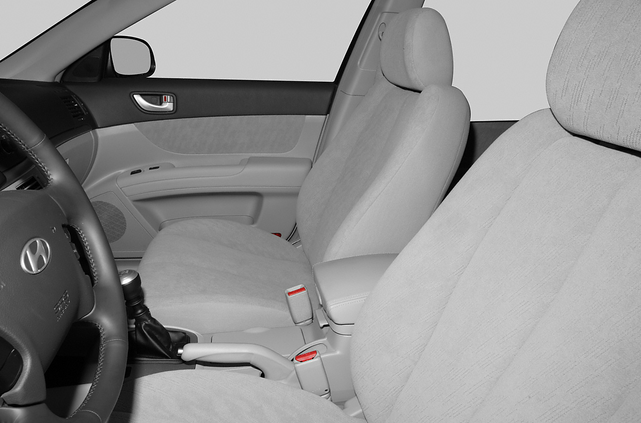 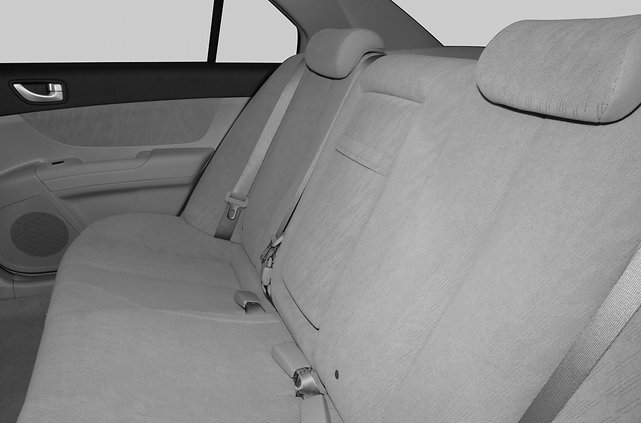 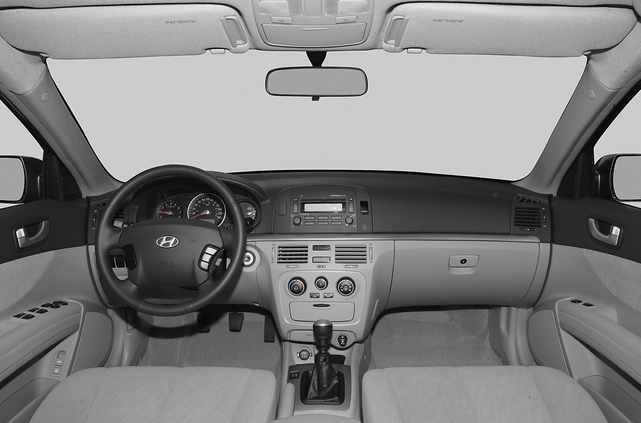 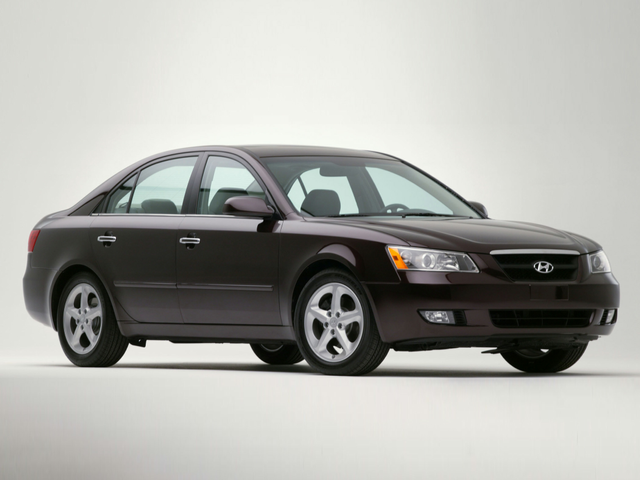