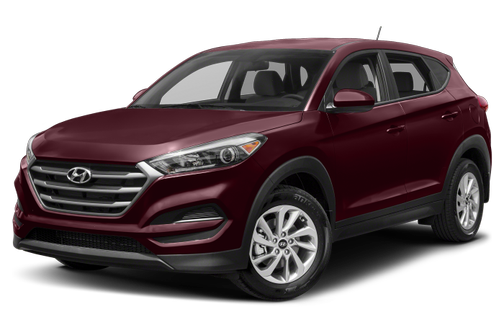 Our 2016 Hyundai Tucson trim comparison will help you decide.

The 2016 Hyundai Tucson is a comfortable, stylish and quiet vehicle that’s sure to excite shoppers and make segment rivals more than a bit nervous.

Compact SUVs are hot, but Hyundai’s entry has historically left many shoppers cold. The 2015 Tucson SUV didn’t compete in the most recent Cars.com $28,000 Compact SUV Challenge, but if it had, its loud, rough ride would have earned it a spot among the losers. A redesign for 2016 adds some much-needed ride refinement.

The 2016 Tucson competes against the Honda CR-V, Toyota RAV4 and Ford Escape, just to name a few best-sellers. Compare them here.
Exterior & Styling
The Tucson’s new look is bold and brawny. The previous model’s cute-ute styling is replaced by a more upright, squared-off front end and sloped roofline. A larger grille and stylish LED-accented headlights anchor its more commanding face.

The Tucson has grown in both attitude and size. Overall length is up 3 inches, it’s 1 inch wider and the roofline is less than an inch lower than the outgoing model’s.
How It Drives
My first drive was in the midlevel Sport and top Limited versions of the Tucson through the narrow, crowded streets of downtown Minneapolis and the sweeping, pastoral hills of western Wisconsin; it easily maneuvered both.

The biggest surprise, though, was the new seven-speed dual-clutch automatic transmission. It paired seamlessly with the turbo, ticking off snappy shifts from a stop and furnishing smooth, timely power on the highway. It exhibited none of the telltale bogging and lurching common with many dual-clutch transmissions. In fact, it feels so normal shoppers will likely not be able to tell the difference between Hyundai’s dual-clutch and a traditional automatic.

Two drive modes are selectable via a button near the shifter: Sport and Eco. Accelerator response and transmission timing are adjusted depending on the mode, though neither had a big impact. In Sport mode, the accelerator pedal was a bit more sensitive; in Eco, it was slightly dulled. I spent most of my drive time in the default, normal mode.

The previous generation Hyundai Tucson’s two biggest weaknesses were ride quality and noise. A firm ride and poor road isolation transmitted every bump through the cabin, and it was one of the loudest compact crossovers in the class, with high levels of wind and road noise. The new version is much quieter, and its more compliant ride and better bump absorption make it long-drive comfortable. The Limited model impressed with its smoothness, but the Sport model’s sport-tuned suspension reminded me of the old Tucson: It rides too firmly, hopping over bumps with an uncomfortably brittle, jittery feel.

The Inside
The Limited trim’s interior wears plenty of padding and upscale touches, such as leather seats and a stitched dashboard. The Sport model’s cabin is noticeably more modest, with more hard plastic surfaces and cloth seats, though it doesn’t look or feel as cheap as lower Escape and RAV4 trims.

One of my favorite features is the standard cloth upholstery. OK, that sounds really boring, but stay with me. It’s YES Essentials stain- and odor-resistant fabric, so spilled liquids bead up instead of seeping into the fabric, minimizing cleanup, stains and mysterious odors. As a mom and a clumsy coffee drinker, this stuff is brilliant. Can I get it on a couch?

Backseat passengers will have enough legroom on comfortable, bolstered outboard seats; rear legroom is down less than an inch this year. With 38.2 inches of rear legroom, the Hyundai Tucson still offers more than the RAV4 (37.2) and Escape (36.8) and almost matches the CR-V (38.3). The middle position is not ideal, however: The seat is narrower and harder, and the shoulder portion of the seat belt retracts from the ceiling, impacting the driver’s rearward visibility.

Ergonomics & Electronics
The Limited model’s standard 8-inch touch-screen multimedia system responded quickly, had simple menus and was easy to use. Clear buttons below the screen and handy volume and tuning dials make the system a no-brainer.

The standard 5-inch touch-screen looks dinky but functions just fine. The audio system has a different menu structure, but it’s just as simple. It has the same handy button/knob setup as well.

Hyundai launched the Android Auto and Apple CarPlay smartphone integration systems on the 2015 Hyundai Sonata, but the systems aren’t yet available on the 2016 Tucson.
Cargo & Storage
Small-item storage in front is excellent. There’s a medium-sized center console (not quite large enough for my big purse, however), a large uncovered bin under the climate controls, a smaller one near the center cupholders and a narrow, magazine-sized cubby at leg level on the front passenger side.

The Hyundai Tucson’s cargo area has a dual-level floor. It can be raised by 2 inches, which doesn’t sound useful, but in its highest position the cargo cover slides easily under the load floor for handy storage when carrying bulky items. Also convenient is an available hands-free smart liftgate; stand within 3 feet of the vehicle’s rear with the key fob in your purse or pocket, and the liftgate will open automatically after the Tucson issues a warning by beeping a few times. Ford offers a foot-swipe-activated liftgate on the Escape that’s also helpful, but requires good balance.

Safety
The 2016 Hyundai Tucson has not yet been crash-tested by the Insurance Institute for Highway Safety or the National Highway Traffic Safety Administration.

The Tucson has easy-to-access lower Latch and top tether anchors and room for two child-safety seats. Read more in our Car Seat Check.

A backup camera is standard across the lineup. New active-safety features like blind spot warning and rear cross-traffic alert are standard on Sport and Limited models, but unavailable on lower trims. Other new safety systems, like lane departure warning, a forward collision prevention system with pedestrian detection and a dynamic bending light system (which swivels the headlights around curves), are available as options but only on Limited models. Click here for a full list of safety features.
Value in Its Class
The 2016 Hyundai Tucson starts at $23,595 including an $895 destination charge. That’s about $1,000 more than the outgoing model and a smidge less than all three main competitors. Standard features on the base Hyundai Tucson SE include a backup camera, automatic projector headlights with LED accents, satellite radio, iPod and USB inputs, and Bluetooth connectivity and streaming.

To get the more efficient powertrain, however, you’ll have to opt for the Eco model, which starts at $25,045. For the active-safety features detailed above you’ll need to move up to the Sport model ($27,045), where you’ll also get new convenience features like the hands-free power liftgate. Annoyingly, the navigation system is available only on the most expensive trim, the Limited ($30,795), where it’s standard.

The 2016 Hyundai Tucson is a big improvement over the outgoing model and does many things well. When there’s a Compact SUV Challenge rematch, the 2016 model is almost certain to claim a spot on the podium.

Unreliable SUV. So many things have gone wrong wit

I bought my car new and the air conditioner wouldn't cool. There was a recall on the sensor and have had several things happen to it sense. Now my car uses oil even though I have kept up the oil changes! I have to add two quarts between oil changes and I can't afford to buy a new vehicle. This is the worst vehicle I've ever owned!

Good, but beware of electrical gremlins

So, I managed to get ahold of my used 2016 Tucson SE before used car prices sky rocketed, about 16 grand before taxes, title, etc... you may wonder, how is it? Well, almost 1 year and over 10000 miles later, I can safely say it's a good car, not a great car, but a good one. You do get a pretty decent array of features in the base model, mine has the options package so it gets fog lights, power drivers seat, and steering wheel audio controls, there may be more, but those are the ones that stand out the most. The interior, though full of cheap plastic you'd come to expect from a base model, does look good on the inside, and the seats are surprisingly comfortable, the cloth feels nice and they're fairly plush. Interior room is good for a compact, great headroom means tall riders will sit comfortably and the back seat reclines which is a nice change from the usual fixed bench seat if you find the regular seat angle to be uncomfeconomy. Performance is average, it's not slow, but it's not quick either, though the added sport mode does help, at the cost of fuel economy. An eco mode is also available for improved fuel efficiency Unfortunately, at just 63,500 miles, electrical gremlins are rearing their ugly heads. A wheel speed sensor and some fault in the SRS system have occurred near simultaneously, and both rear windows no longer work. The engine is great, but I feel Hyundai cheaped out on electronics, and it's starting to show in whats otherwise been a pretty good car in my almost year of ownership.

Rating breakdown (out of 5):
5 people out of 5 found this review helpful. Did you?
Show full review
See all 121 consumer reviews 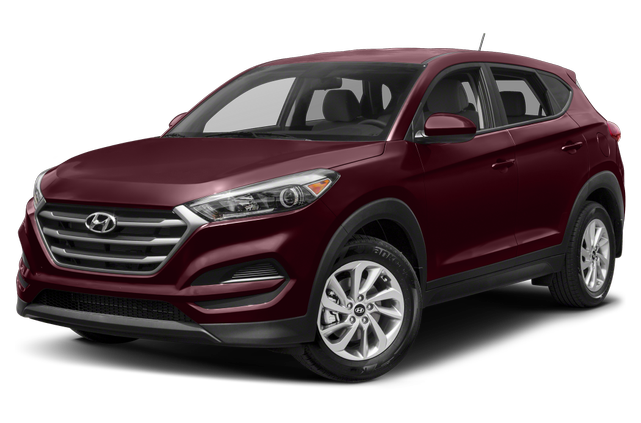 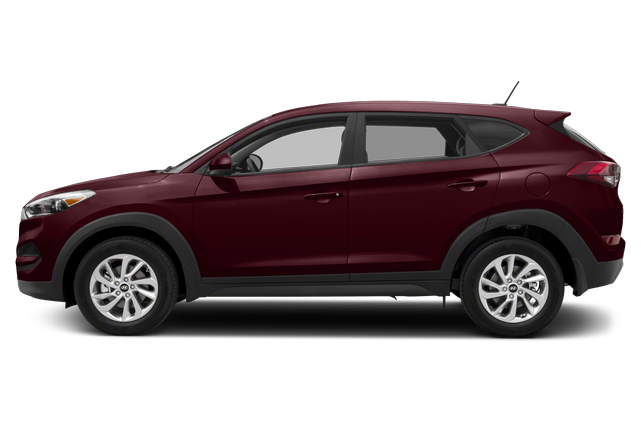 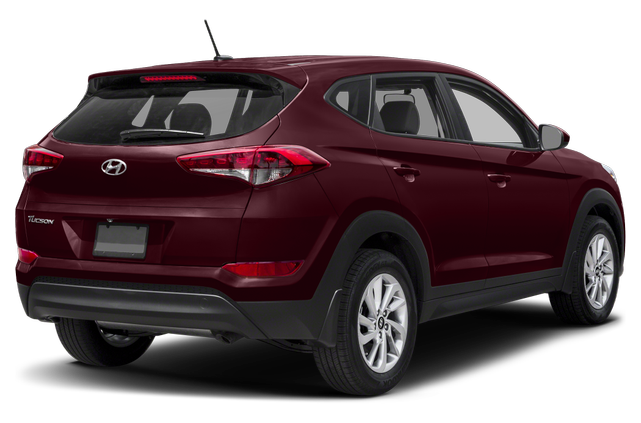 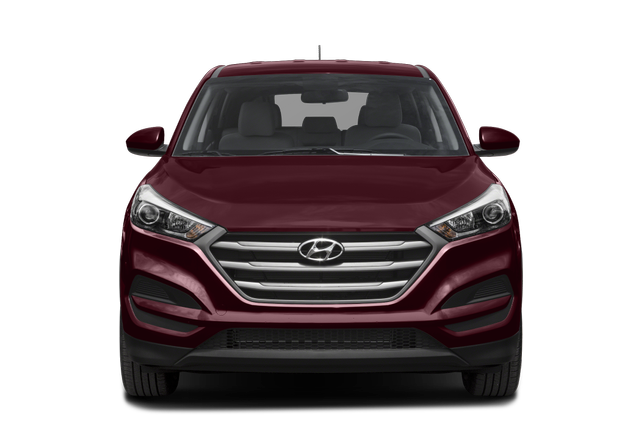 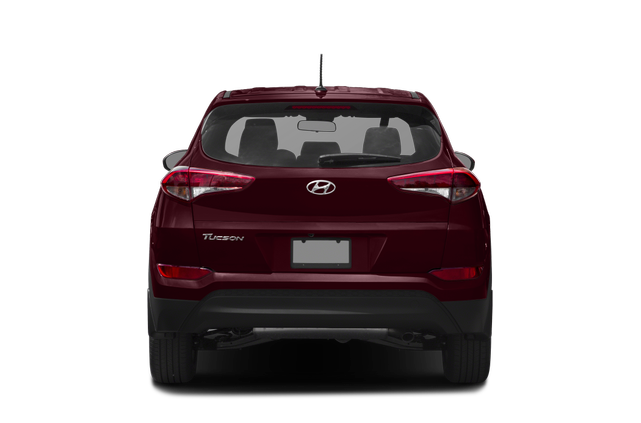 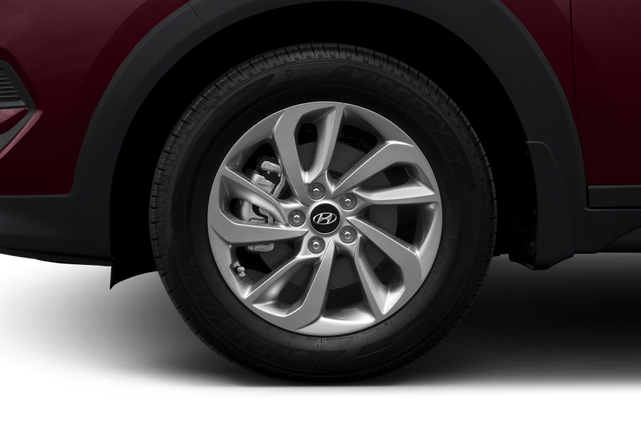 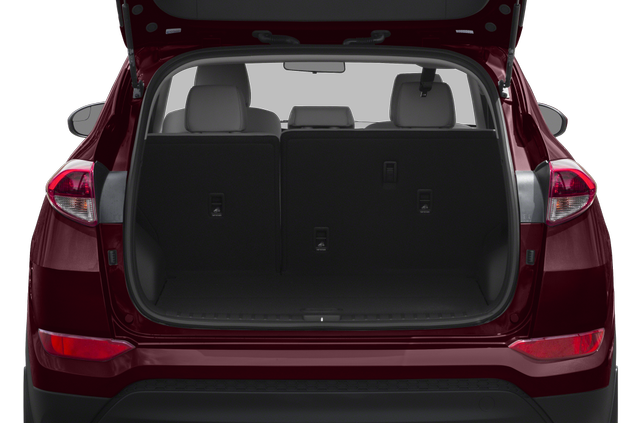 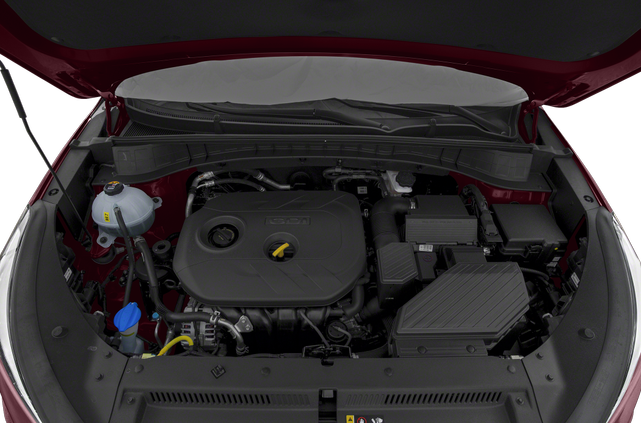 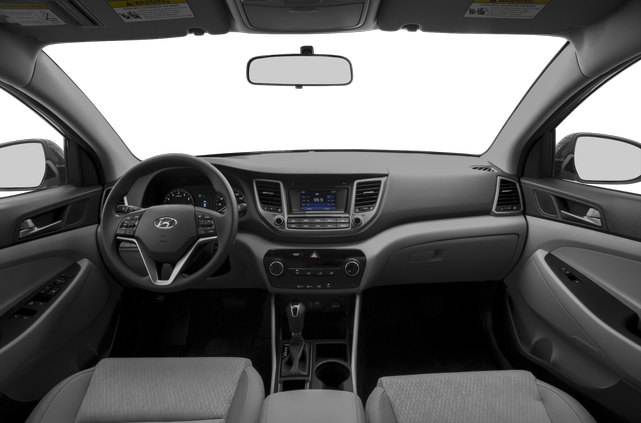 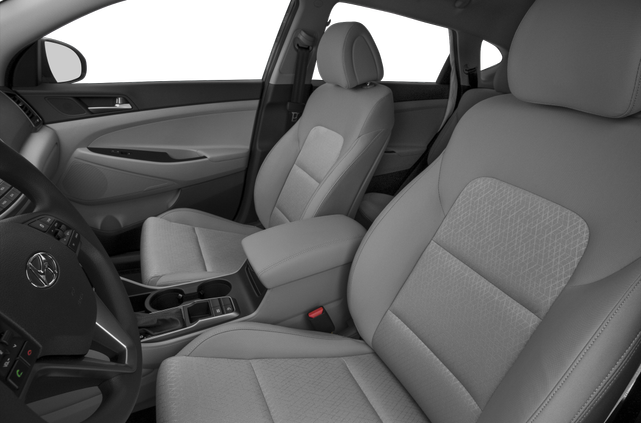 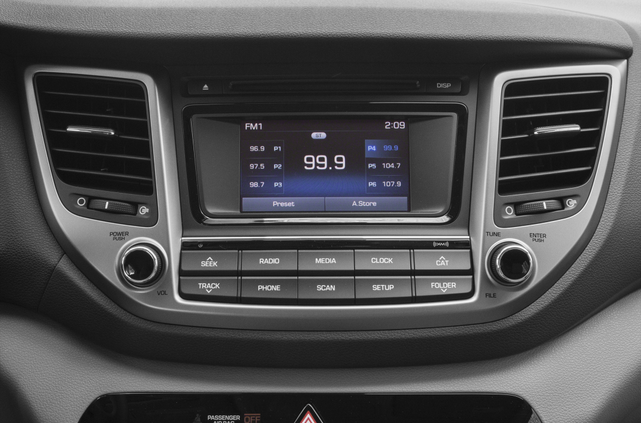 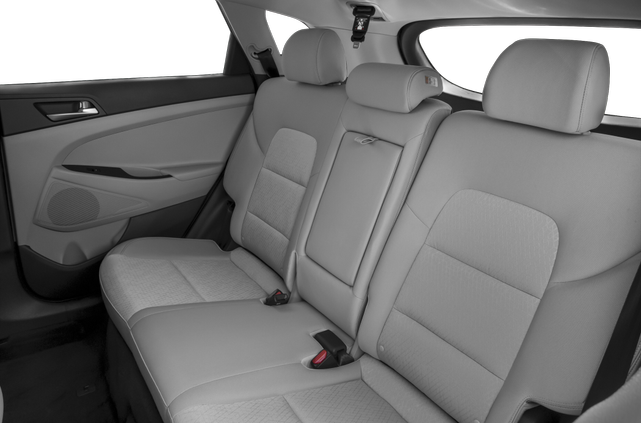 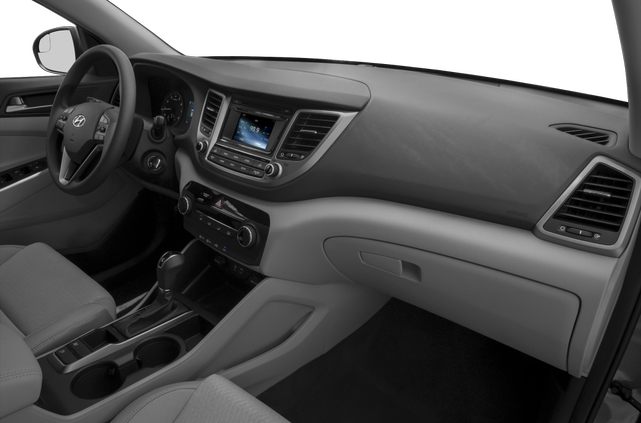 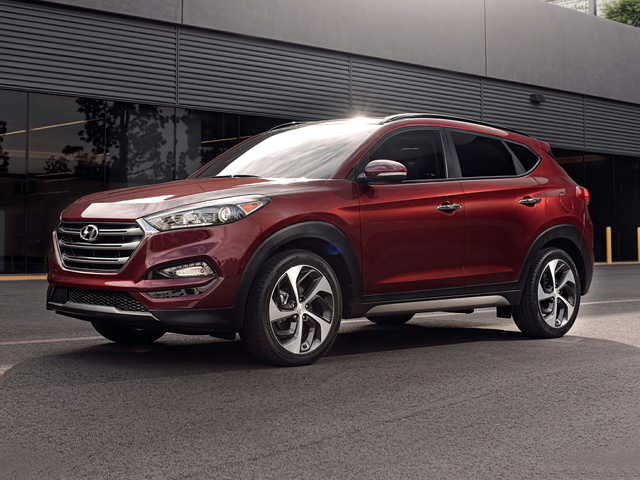 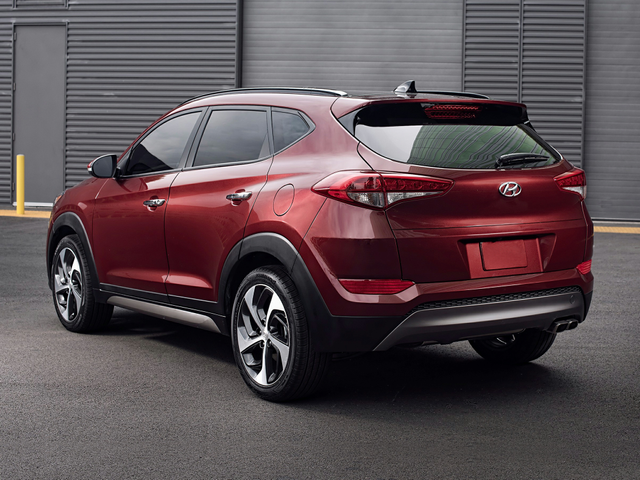 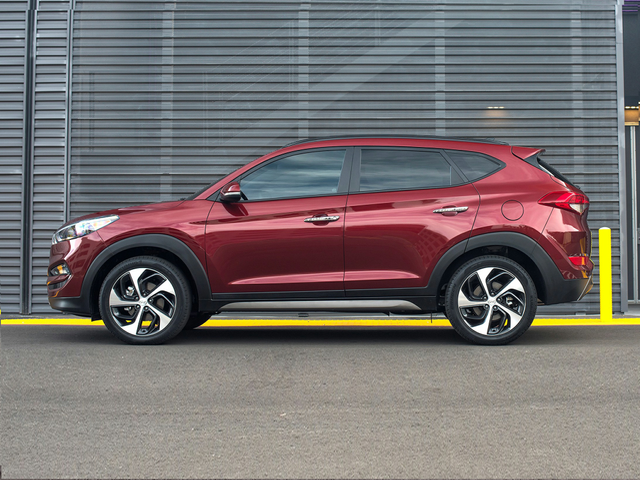 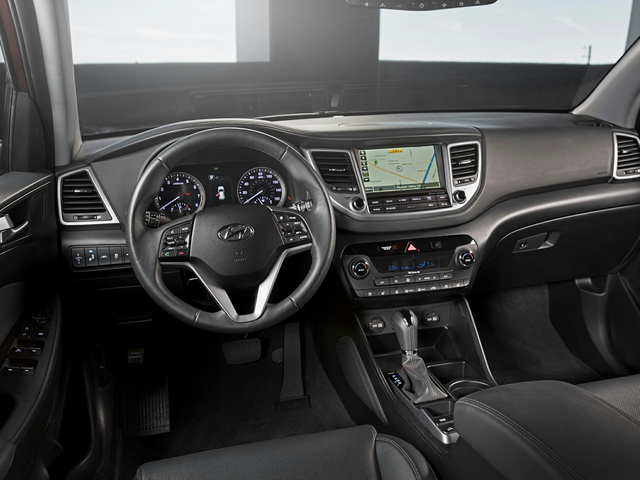 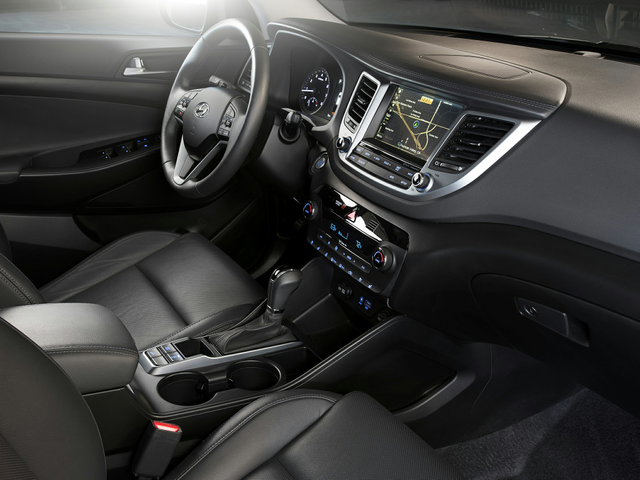 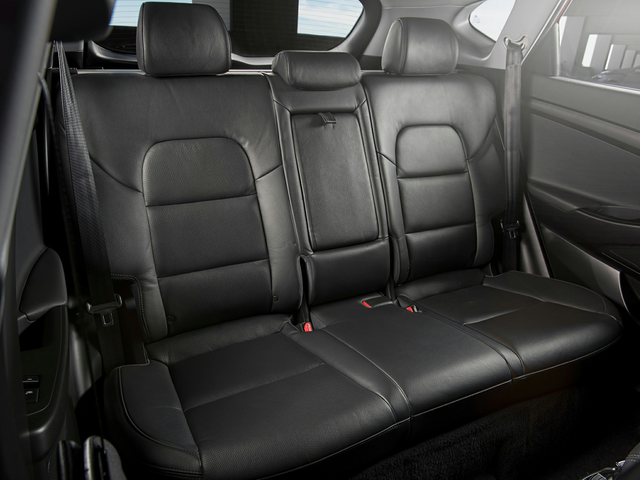