Our 2017 Kia Sportage trim comparison will help you decide.

The verdict: Kia’s updates to the redesigned 2017 Sportage touch every part of the compact SUV and leave it much improved.

Versus the competition: The Sportage now is among the top contenders in its class, and to me is the best all-around vehicle of the bunch, combining a (dare I say) fun driving experience, plenty of cargo room and a comfortable interior.

The 2017 Kia Sportage went under the knife for a thorough redesign and emerges primed to take a spot among the most elite compact SUVs. The Sportage is Kia’s longest-running nameplate. This marks its fourth generation — and the best by a landslide. See the differences between the 2017 and 2016 versions of the Sportage here.

Compact SUVs are a big battleground for automakers, with high sales figures and lots of choices for consumers. The Sportage competes against mainstays including the Honda CR-V, Toyota RAV4 and Subaru Forester. Compare the updated Sportage against those models here.

The exterior styling has changed all around, but most drastically up front where bulbous headlight clusters flank a version of Kia’s “tiger nose” grille. Although the new Sportage actually is longer by 1.6 inches, the changes do make it appear squatter than the previous model. The added stubbiness is not my favorite look, but take a look at our photos and decide for yourself.

The SX Turbo trim I tested gets the most elaborate exterior styling, with 19-inch alloy wheels, a gloss-black finish on the grille, dual exhaust pipes and metal-finished front and rear skid plates that peek out under each bumper. It also features LED fog lights, bi-xenon headlights that swivel in the direction of a turn and LED taillights.

The 2017 new Kia Sportage has two engine options, both carrying over from last year. The base engine, found in LX and EX models, is a 181-horsepower, 2.4-liter four-cylinder. Our SX Turbo test vehicle came with a more exciting option under the hood: a 240-hp, turbocharged 2.0-liter four-cylinder (237 hp in all-wheel-drive models). Both engines come only with a six-speed automatic transmission and take regular gas. The turbocharged engine is actually down about 20 horsepower, but it is more fuel-efficient compared with last year’s model. During driving however, I didn’t miss the extra power at all — the Sportage with the turbo is still properly quick.

Front-wheel drive is standard, and all-wheel drive is optional on all three trim levels for $1,500. The AWD includes a 50/50 locking differential that sends equal power to the front and rear axles, as well as torque vectoring, which can move the power to the left or right wheels, whichever have  more traction. To test this, I put both of the passenger-side tires off the road onto gravel with only the two driver-side tires on pavement and then performed a hard launch. The Sportage pulled away quickly with impressive smoothness — there was no detectable wheel slip and no hesitation.

Of course, none of this would really matter if the rest of the 2017 Kia Sportage weren’t sorted well — but thankfully it is. Our editors didn’t like the 2016 model’s steering, but Kia says the suspension and steering were updated with new parts and better tuning. It seems to have worked because I found the steering to be properly tuned and precise at all speeds. The ride was comfortable on straight highway stretches, but offered enough feedback in the bends to give the driver confidence.

Those figures represent a 1-mpg increase in combined mileage ratings for front-wheel-drive models from the 2016 model.

The new all-wheel-drive system lowers highway fuel economy on each trim level but boosts city mpg to give each trim a combined mpg rating that matches last year’s all-wheel-drive models — except for the EX, which increases by 1 mpg combined.

The SX Turbo trim I tested is on the pricier side of the compact SUV segment, but I also found the materials quality matched the added cost. The front seats are very comfortable, with soft leather and slight bolstering; after a full day of driving I didn’t feel fatigued.

Outward visibility with the old model was a sticking point among our editors, but it has been improved, thanks to thinner A- and C-pillars and more glass all around. Speaking of glass, a massive panoramic moonroof is available, and it was my favorite part of the whole interior. It is 4.1 inches longer than the previous model’s and really opens up the cabin nicely.

The backseat is very roomy, especially in headroom. The interior floor for the second row has dropped by 1.6 inches, and the rear-seat height also was lowered so there is a lot of space between head and ceiling, even with the optional moonroof installed.

Kia has made a habit of aiming the center control panel toward the driver slightly and the Sportage is no exception. Its center panel is canted by 7.2 degrees to the driver’s side, which makes controls easier to reach, even those on the far right of the screen.

Each of the Kia Sportage’s three trim levels offers a different standard screen. The LX has the smallest, a 5-inch touchscreen, while the EX gets a larger 7-inch touchscreen. The EX also adds standard UVO3, the latest version of Kia’s infotainment system, and UVO eServices telematics. This system will include Android Auto at launch, while Apple CarPlay will be available starting in June/July, Kia says. For owners who bought a 2017 Sportage before that, Kia confirmed that the system can be updated to add CarPlay, either at a dealership or possibly via a flash drive. Upgrading to the multimedia system with navigation (standard on the SX Turbo) bumps you up to an 8-inch touch-screen.

I like the approach Kia has taken with its eServices functions: They are subscription-free for 10 years. The system with a 7-inch screen includes 911 Assist, enhanced roadside assistance, vehicle diagnostics, parking location assist, and curfew and speed limit alerts that let parents keep tabs on young drivers. The upgraded system with navigation adds geo-fence (location) alerts and Google Local searches, which can locate points of interest on the screen like a Google Maps search.

There are two added features for the cargo area for 2017: a “smart” power liftgate and a dual-level cargo floor. The power liftgate (standard on SX Turbo, optional on EX) now automatically opens if you stand behind the rear bumper with the key fob for more than three seconds, no kicking required. The dual-level cargo floor can lower the floor to open up more cargo room. Lift up the floor panel, slide it forward, then back and it will settle into a new position about 3 inches lower. I don’t see any particular reason that you would leave the panel in the higher position, unless you wanted the load floor to be perfectly level with the folded backseat.

The 2017 Kia Sportage has 30.7 cubic feet of cargo room behind the rear seats, which expands to 60.1 cubic feet with the 60/40-split bench folded down (both figures are with the cargo floor lowered). The rear license plate has been moved to the liftgate instead of the bumper, which Kia says drops the lift-over height for easier loading of cargo.

The redesign also expands the list of available safety technology on the 2017 Sportage, including blind spot warning, rear cross-traffic alert, lane departure, and front and rear parking sensors. A forward collision warning with automatic emergency braking also is new; it works at virtually all speeds — from zero to 112 mph, according to Kia — and comes with pedestrian detection as well. These new features are unavailable on LX, optional on EX and standard on the SX Turbo.

A backup camera has been added as standard equipment.

The 2017 Kia Sportage earned the highest possible scores in the Insurance Institute for Highway Safety’s crashworthiness and crash avoidance ratings. It is in good company, though: Five other models were rated the same, including the Hyundai Tucson, Mazda CX-5, Subaru Forester, Toyota RAV4 and Honda CR-V. A few more share the crash results but had lower-performing crash-avoidance options or lacked them entirely.

As of this writing, the National Highway Traffic Safety Administration had not tested the 2017 version of the Sportage.

When I first read the Kia Sportage’s price tag, I was taken aback. Even if it’s a stellar compact SUV, it’s an expensive vehicle in SX Turbo form — base price starting at $33,395 (including destination). Want all-wheel-drive? Add another $1,500 to the price and you reach $34,895, which encroaches on midsize SUV territory.

However, if you look at the body-type competition, the Sportage is much more competitively priced than it would seem. If you are looking for the new available safety features mentioned earlier, they can be added to the midlevel EX as a part of the Premium and Technology packages, which bumps the starting price up to $31,095. When I tried building competitors with similar criteria (front-wheel-drive, leather upholstery, forward collision warning with automatic emergency braking and built-in navigation), I was unable to beat that price. The CR-V offers the advanced safety features only on the Touring trim level, which starts at $32,995. The RAV4 with these features checks in at $33,180  (but also includes a bird’s-eye-view camera), and even the Mazda CX-5 is a lofty $32,125. Only the Forester is analogous at $31,790 with all-wheel-drive standard as well, but the Sportage is a better drive.

For those looking for something a bit more cost-efficient, there is the Kia Sportage LX. Outfitted with the Popular and Cool & Connected packages, which add heated front seats, dual-zone automatic climate control and the upgraded infotainment system with Android Auto/Apple CarPlay among other features, the LX settles in at $25,885 and is probably the one I’d choose.

I have frequent electrical problems in addition the tires loose air in summer and winter. I had to buy new tires. The driver seat belt become loose.

Rating breakdown (out of 5):
0 people out of 1 found this review helpful. Did you?
Show full review
3.7

September 3, 2022
By Jane Doe from California
Owns this car

I've wanted this car for years; It's absolutely beautiful. I purchased one last year with 48,000 miles from a previous lease. The car drives smooth, plently of power, and looks stunning; however, it's currently in the shop getting a new transmission with only 58,000 miles. It's also starting to burn oil, so I'm, unfortunately, planning to get rid of it before it has any more issues. I'm actually sad because this vehicle has been wonderful for the short time I've had it. After the transmission went out unexpectedly, I purchased a subscription to Consumer Reports to see if this car had any issues -- Yup! This 2017 model year had significant engine issues -- carcomplaints.com shows that this model year has ample complaints towards various aspects as well. I'd avoid the car! I put my trust into KIA and while other models and years may be more reliable, this experience kind of let me down! I'm left looking for a reasonably priced car in this insane post-pandemic car market. Sad sad sad

At 90k miles we have to replace the engine. Known issue apparently. Makes me question reliability ratings provided for vehicles. Outside of the car working, everything else is fine.

Rating breakdown (out of 5):
2 people out of 2 found this review helpful. Did you?
Show full review
See all 395 consumer reviews 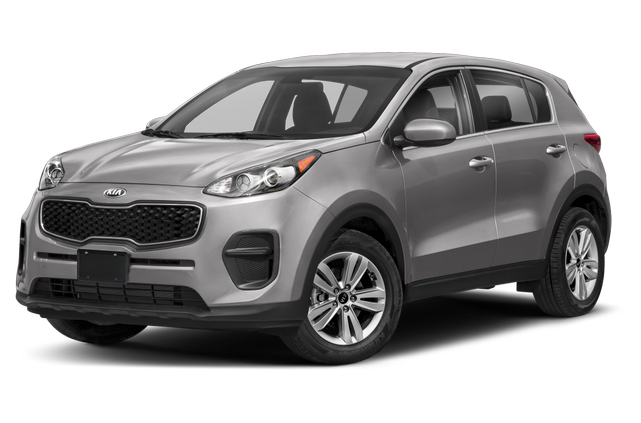 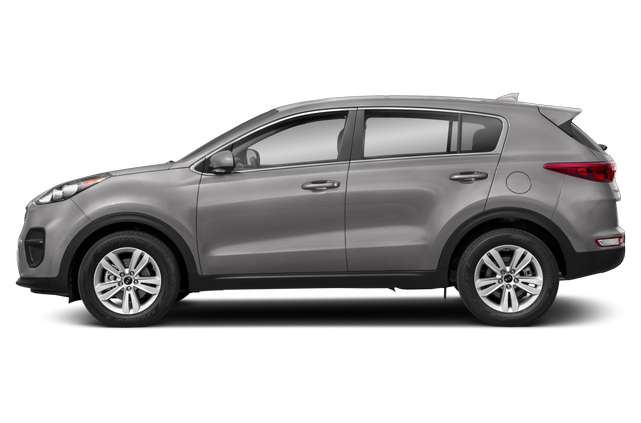 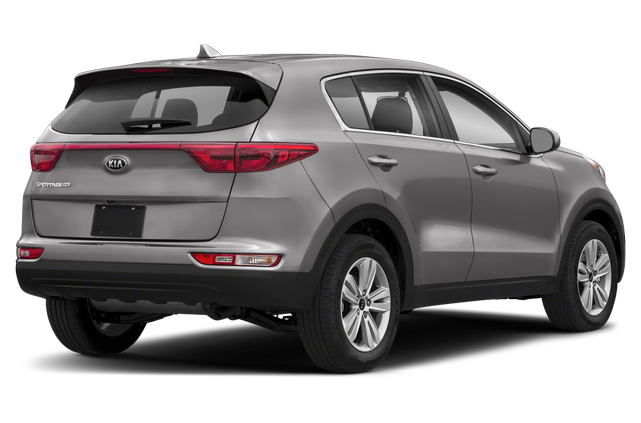 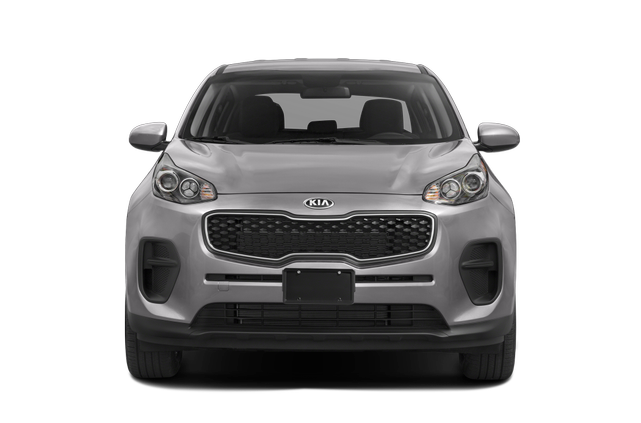 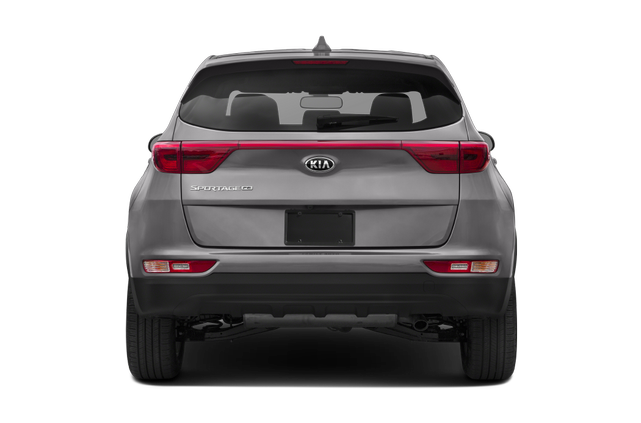 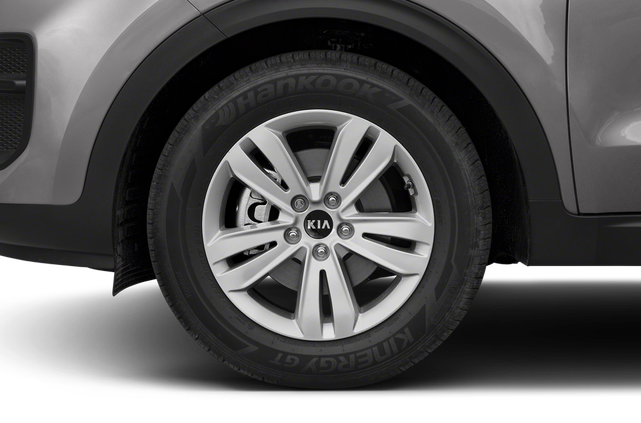 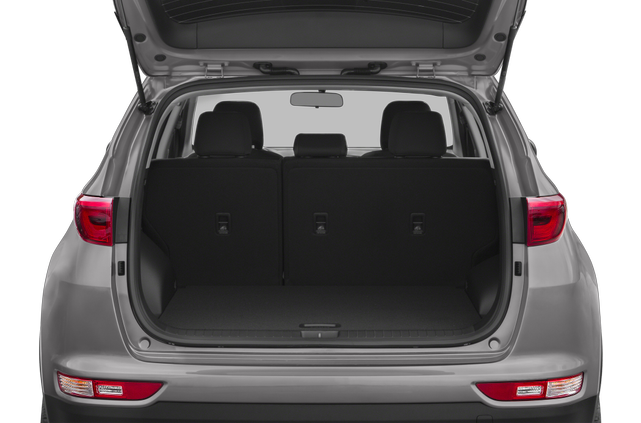 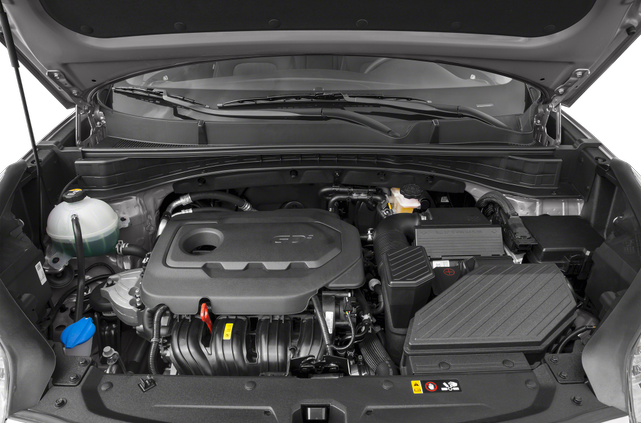 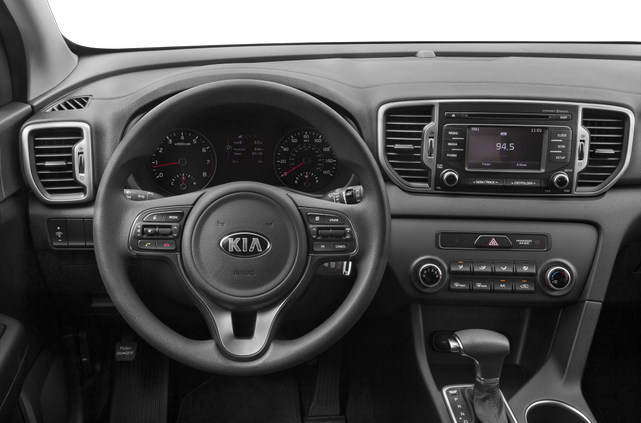 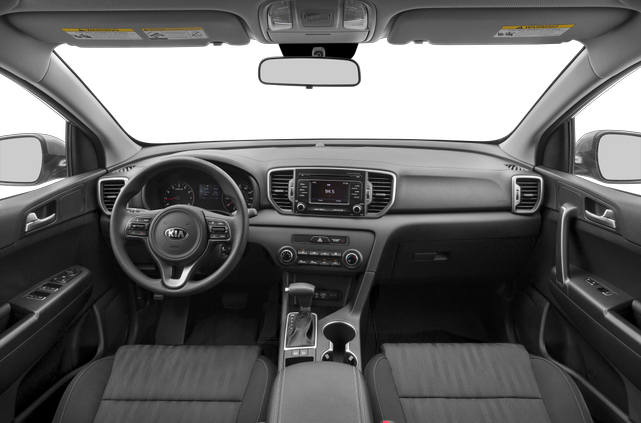 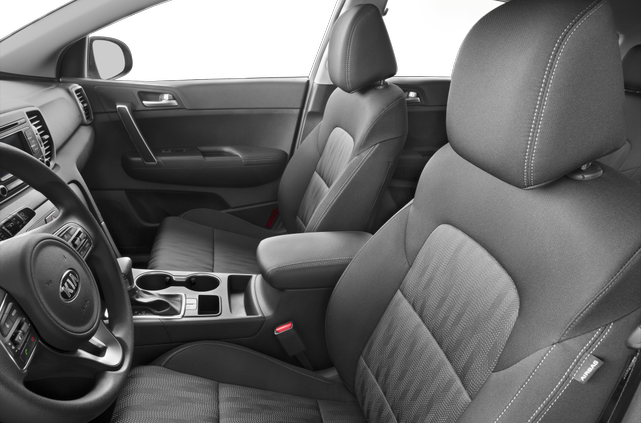 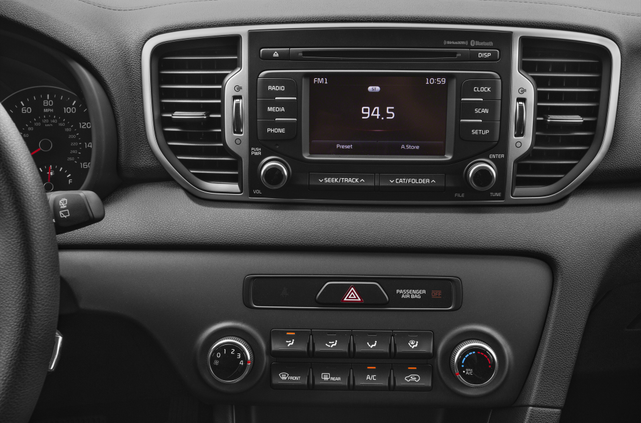 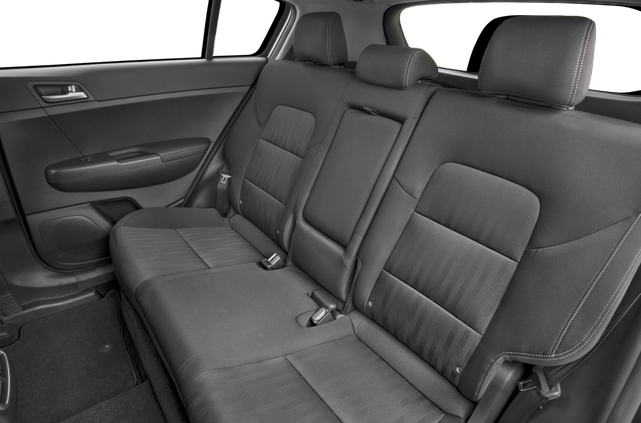 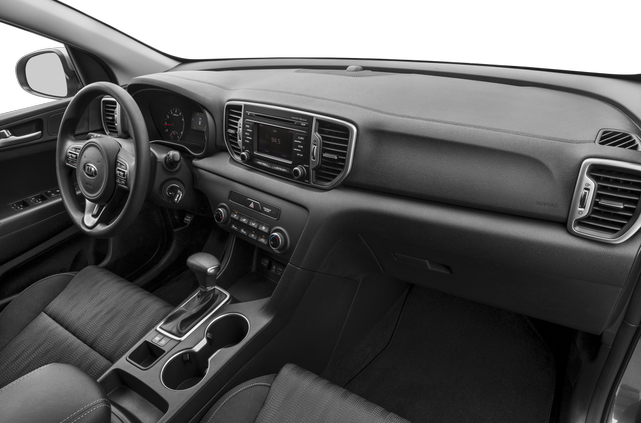 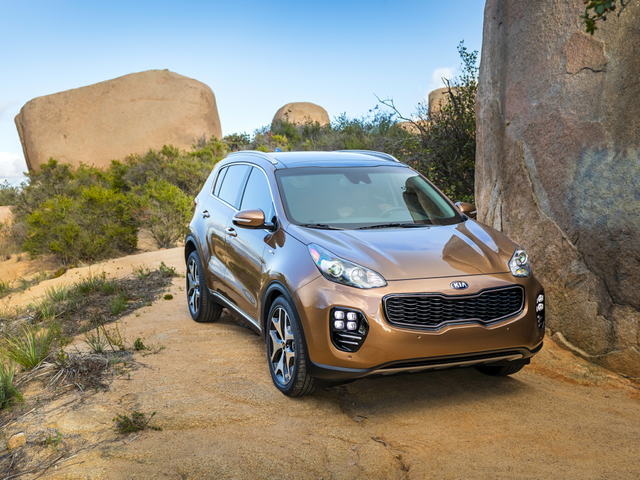 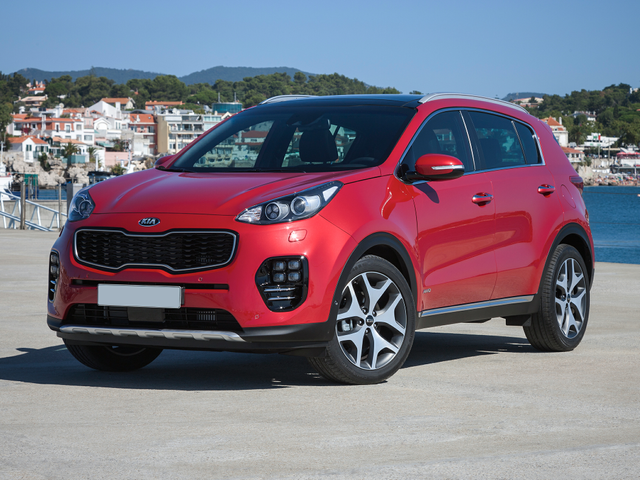 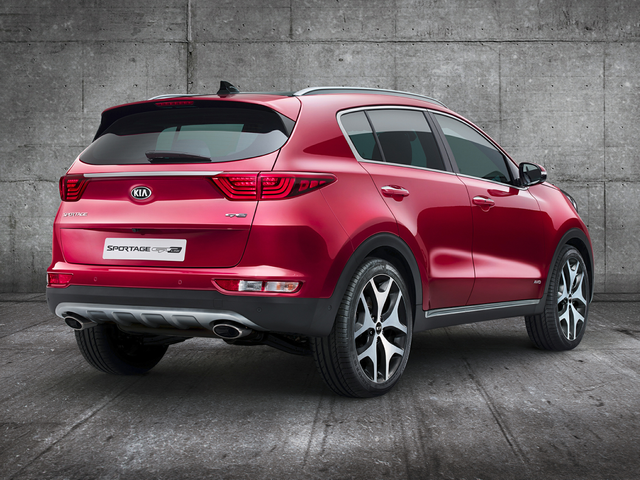 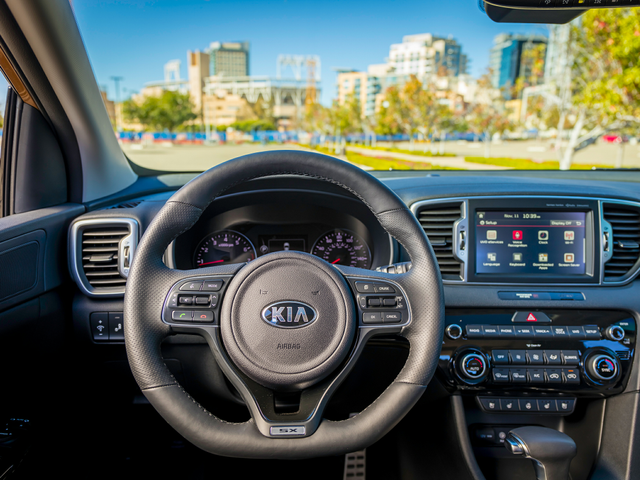 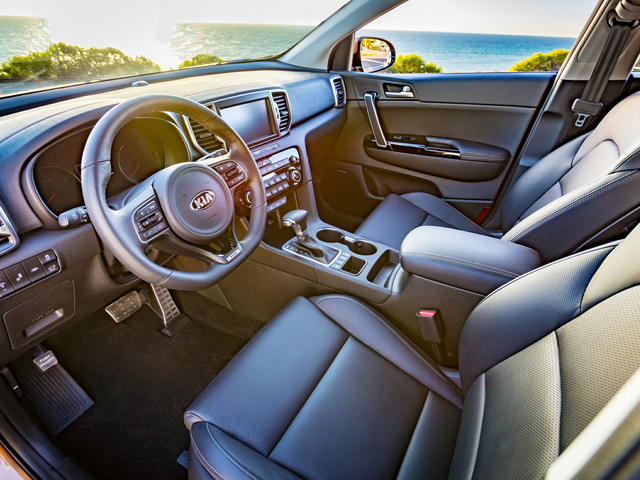