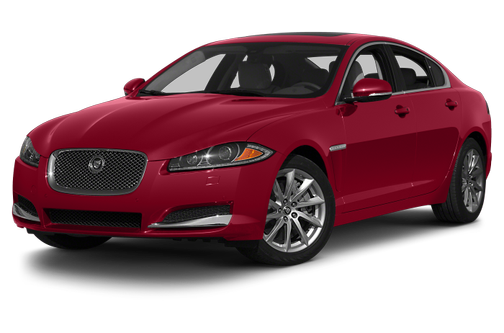 Our 2013 Jaguar XF trim comparison will help you decide.

Jaguar’s 2013 XF sedan still looks good and handles well, but the addition of a turbocharged four-cylinder base engine and poorly tuned eight-speed automatic has taken the roar out of this cat.

There’s a trend afoot in luxury cars: Keep all the style and luxury amenities, but offer a smaller, boosted (turbocharged or supercharged) motor to improve fuel economy. Everybody is doing it, from Range Rover to Jaguar, which has added a new turbocharged four-cylinder engine and eight-speed transmission to its entry-level XF sedan for the 2013 model year. It’s meant to give American buyers the option of better gas mileage plus all the style and hot elements that make Jaguars appealing. Jaguar has also added available all-wheel drive (AWD) for 2013, remedying a competitive disadvantage. See the changes between 2012 and 2013 models here.

For 2013, the new powertrain begs the question: Can a Jaguar still be sexy, even if it has no fangs?

Looks Like a Jag, Doesn’t Run Like One
It’s not hard to believe the Jaguar XF’s style is nearly 6 years old now. While it still looks attractive, elements of its shape have made their way onto other brands’ cars, making the Jaguar look a bit too familiar. The Tesla Model S mimics its overall look quite closely (one passerby even thought it was the Tesla), while other elements have shown up on cars like the late Pontiac G8 and the current Kia Optima. The XF is still sleek and shapely, but it’s no longer the head-turner it once was.

The shape may be familiar, but the base powertrain is new: a turbocharged, 2.0-liter four-cylinder known in the Ford world as an EcoBoost engine. (Though Ford no longer owns the Jaguar brand, it still supplies this engine.) It makes 240 brake-horsepower and 251 lb-ft of torque, which are not pulse-pounding numbers. That power is channeled to the rear wheels through a new eight-speed automatic transmission, and this is where the problems really start.

Just like in the larger XJ sedan we tested earlier this year (see the review), the eight-speed in the Jaguar XF puts fuel economy above performance. As such, kickdowns are slow, acceleration lags and the overall experience makes the car feel underpowered. It’s not; put the transmission into Sport mode or switch the car into its Dynamic setting and the computer keeps the engine in a sweet spot for driving fun. Unfortunately, keeping it in Sport or Dynamic mode means the transmission stays in lower gears when cruising, which will quickly show up in inferior gas mileage numbers, at least partly defeating the car’s modest mileage gains.

The car’s smaller engine is meant to boost your gas mileage, but the EPA ratings aren’t hugely impressive. The base Jaguar XF comes in at 19/30/23 mpg city/highway/combined. I averaged 20.3 mpg in my tester, sticking mostly to city streets and driving it in a more sporting manner than the EPA does when testing. But that gas mileage is not much better than the optional supercharged 3.0-liter V-6 engine, which drops fuel economy just 2 mpg across the board while offering 100 more hp, a zero-to-60 time of just 5.7 seconds and performance that’s far more befitting a Jaguar.

Acceleration with the four-cylinder is only moderately quick, with Jaguar rating the car’s zero-to-60 time at 7.5 seconds, but that doesn’t accurately reflect its driving feel — it feels slower. The uninspiring performance is accompanied by a soundtrack from the exhaust pipes that is decidedly un-Jaguar; there’s just no way to make a turbo-four sound visceral and powerful. Thankfully, the car is still fun to toss around. Jaguar has tuned the car beautifully for ride and handling, with a good balance between sporty steering, comfortable ride quality and excellent body control.

Interior
Inside, Jaguar’s take on the entry luxury sedan is definitely different from its competitors. Lots of high-quality brushed metal and piano-black trim adorned my tester, which was equipped with an optional Sport Portfolio Pack. A faux suede headliner, premium carpeting and mats, and special soft-grain leather seats (in a rather unfortunate orange hue) are all meant to push the Jag to the “sporty-luxury” end of the scale. The controls are decently laid out, but many feel gimmicky: The air vents disappear behind covers when the climate control is switched off, and the transmission shifter is a rotary knob that pops up from the center console when the engine is started. Given Jaguar’s less-than-stellar reputation for reliability, one wonders how durable such fancy elements will prove to be.

At night, the center console and dashboard light up with color and lighting schemes that are either “Tron”-like or resemble an old Motorola Razr phone, depending on your frame of reference. It’s definitely unique and may look pretty cool again in another 30 years, but right now it’s starting to look dated. Other Jaguars in the company’s lineup have much more elegant interiors, making the Jaguar XF something of an anomaly for the brand. Seat comfort is quite good, though, with full adjustability at your fingertips and a decent amount of room for front-seat passengers; backseat dwellers will not be nearly as happy, as everything from the door opening to the legroom and headroom is tight.

The multimedia system is acceptable, with a smallish touch-screen nestled high in the dashboard that presents navigation and audio system information in a simple format. The premium Meridian sound system is quite good and offers levels of adjustability not seen in some competitors, with several selectable sound profiles to fine-tune the sound to your tastes.

Safety
Crash-test results are not yet available for the Jaguar XF.

The Jaguar XF features plenty of standard safety equipment, including anti-lock brakes, front and side airbags for the driver and front passenger, as well as side curtain airbags. My test car included an optional blind spot warning system. See all the XF’s safety features here.

XF in the Market
With nearly all luxury sedans, base prices tend to climb quickly when you visit the options list, and the XF is no exception. My test car started at $47,870 including an $895 destination charge, but quickly climbed to an as-tested price of $68,175 thanks to several high-end option packages. The Premium Package cost $4,250 and added navigation, satellite radio, adaptive headlamps, a backup camera and parking assist sensors. Keyless entry, voice controls, the blind spot warning system, a power rear sunshade and a few other electronic features come with the $2,500 Convenience Package. But the big jump comes with the 20-Inch Portfolio Sport Package: $10,150 for heated and cooled front sport seats, an upgraded-leather interior, exterior cosmetic changes and 20-inch alloy wheels. It makes the $2,300 Meridian surround-sound audio option seem like a bargain. Additional costs included the $600 split folding rear seat and $525 for a black headliner.

At the base price, the Jaguar XF competes with midsize luxury cars like the BMW 528i, which also features a 240-hp, turbocharged 2.0-liter four-cylinder engine for roughly the same price as the base XF. Move to a Mercedes-Benz E-Class, however, and your base engine is a much more powerful V-6 for a few thousand dollars more, or for 2014, a torquey and super-efficient four-cylinder turbo-diesel for a few thousand beyond that. If you want to include a Japanese brand in the mix, the Lexus GS 350 stacks up well, also featuring a more powerful base V-6.

My car’s as-tested price was a bit ridiculous. For the same money, you can get the Jaguar XF’s far more powerful V-8 Supercharged trim and a few more standard features, or instead you could go for a slightly smaller Audi S4 (with standard AWD) and pocket nearly $20,000. Compare the XF versus its competitors here.

October 11, 2020
By Coolbean from Menomonee Falls
Owns this car

Great auto. Fast and comfortable. Had to clean out the garage because this baby has to be put inside. Neighbor said if he saw me driving Jag in the winter he would call Jaguar and have the car taken away from me. It is an all wheel drive!!!!

Rating breakdown (out of 5):
5 people out of 5 found this review helpful. Did you?
Show full review
3.1

October 21, 2019
By Oleg from Sacramento,California
Owns this car

I would never buy this car again!!!I never saw before car with such bad reliability!!!Definitely that was bad experience for us!!! Parts highly expensive too!!! That’s crazy🤯

September 16, 2019
By Tulsa from Tulsa, Oklahoma
Owns this car

This vehicle picked ME out as I walked by it at the dealership. It said, “I am going home with this guy”. I had no choice. Now I could not be more pleased with it. The elegance and beauty of a Jaguar is now something I enjoy every time I get in that seat. The experience of traveling in a vehicle that this provides is only something I had dreamed about up until now. Smooth, comfortable, powerful, sensitive and safe is how I feel in this amazing automobile. I just may have to try one of their other models in the near future. Going to enjoy this one for a while right now. Now a definite Jaguar fan here.

Rating breakdown (out of 5):
3 people out of 3 found this review helpful. Did you?
Show full review
See all 19 consumer reviews 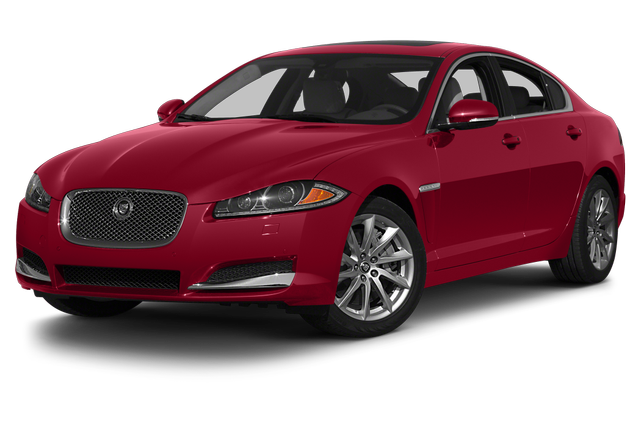 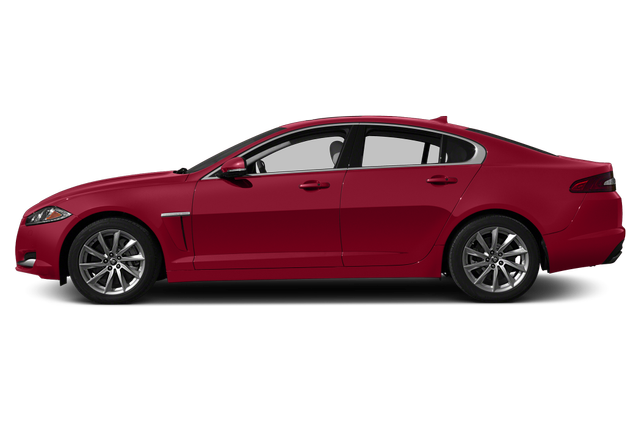 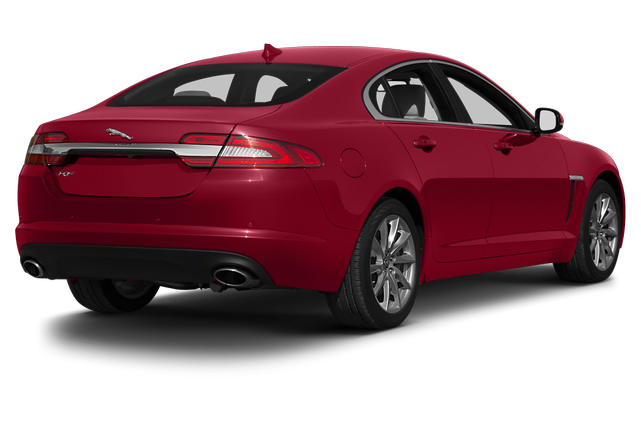 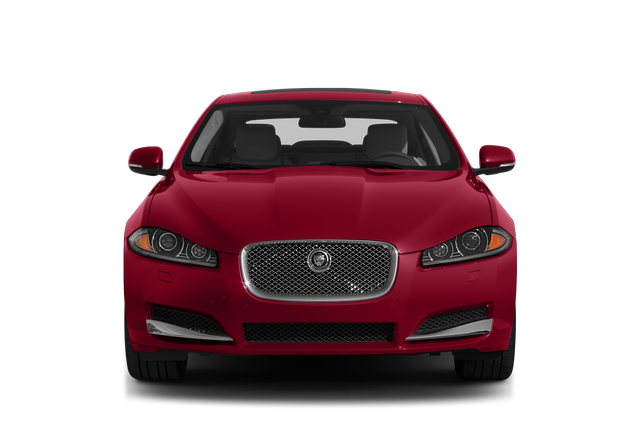 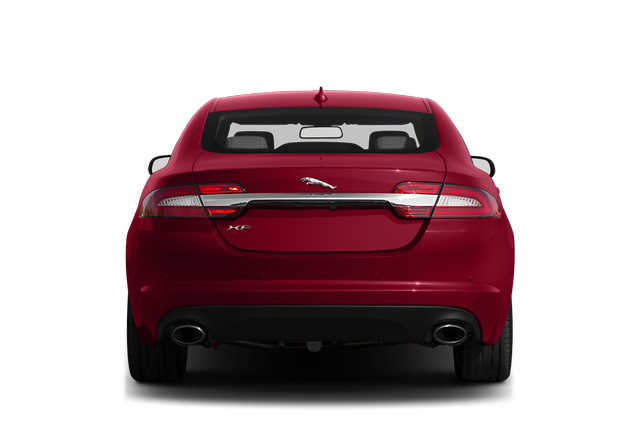 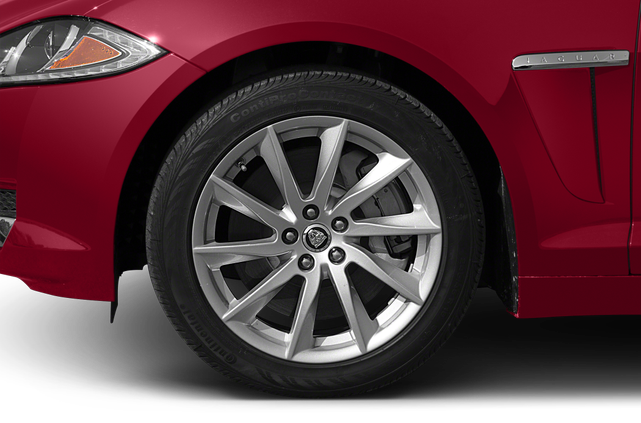 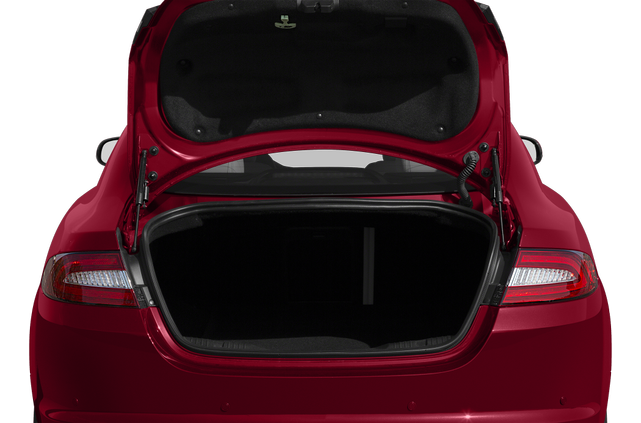 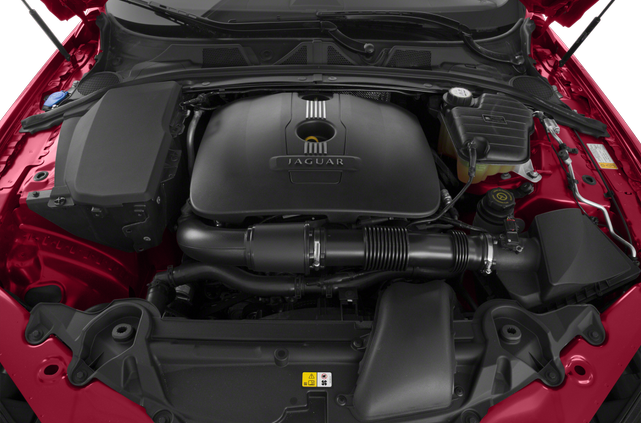 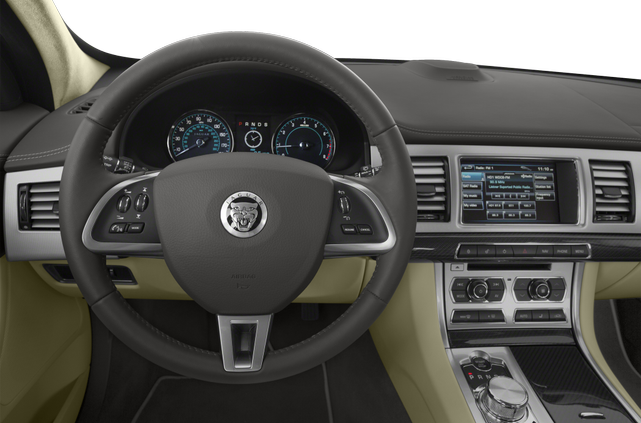 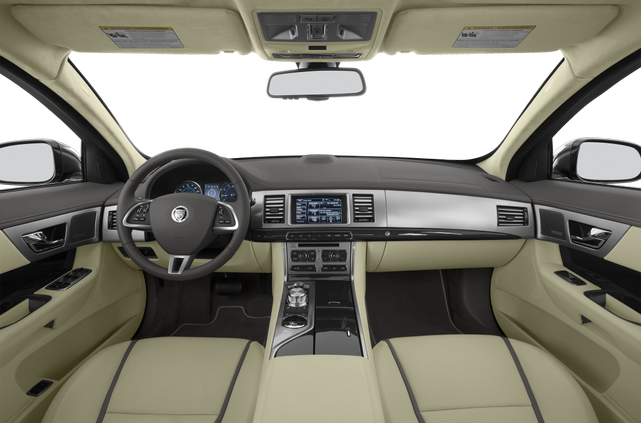 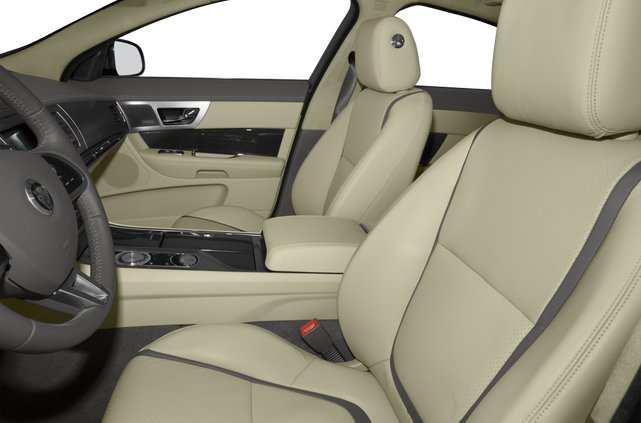 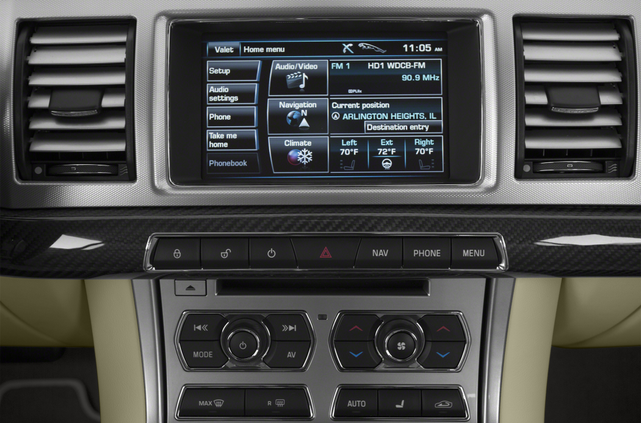 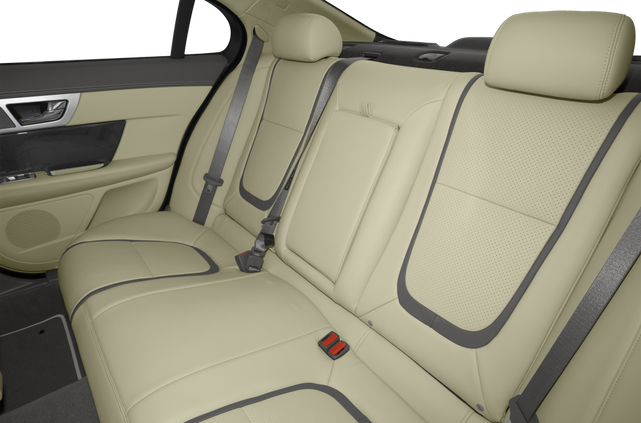 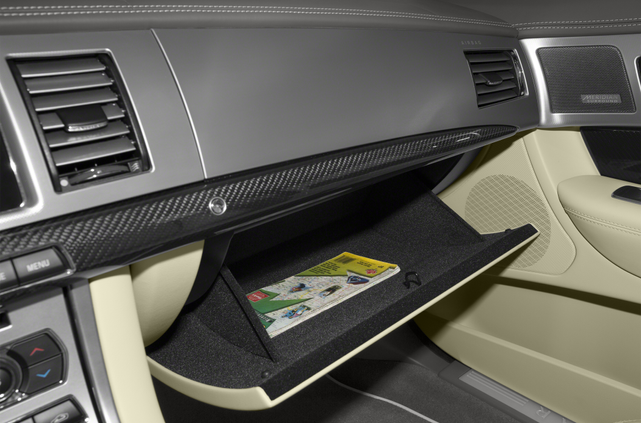 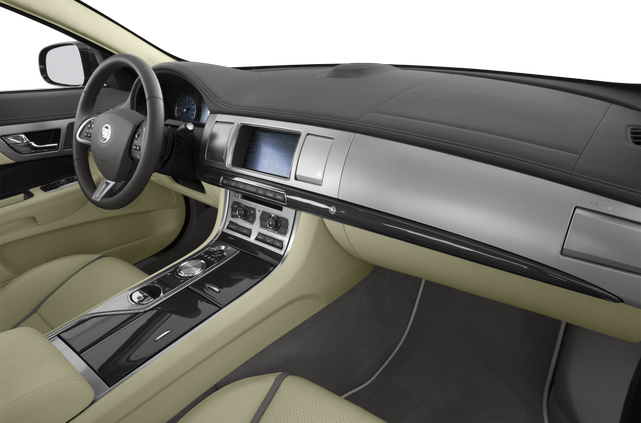 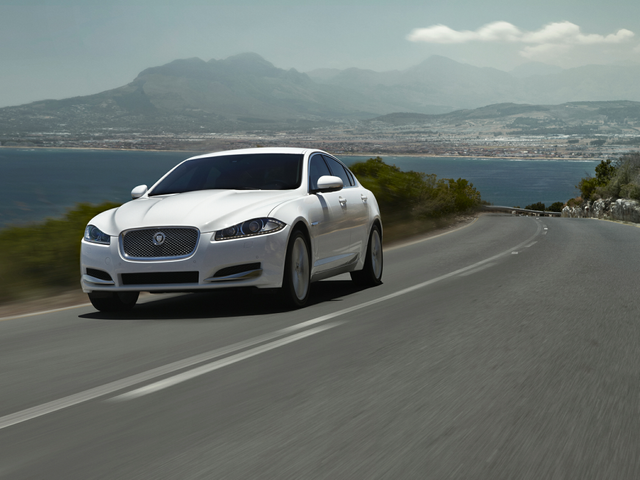 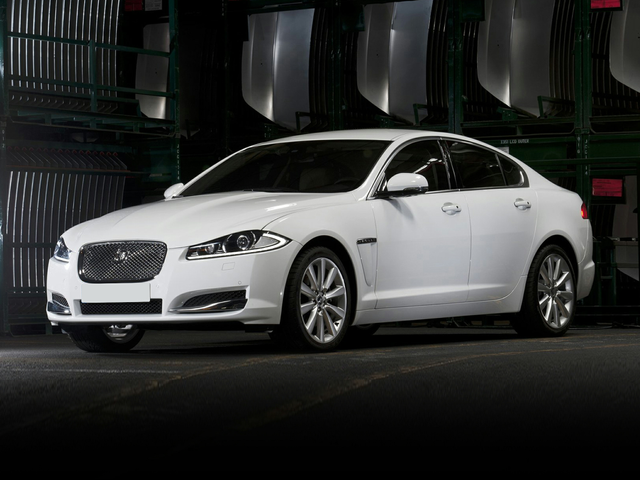 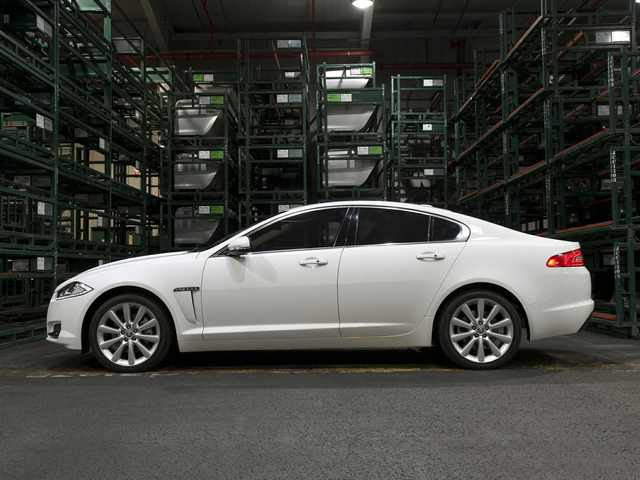 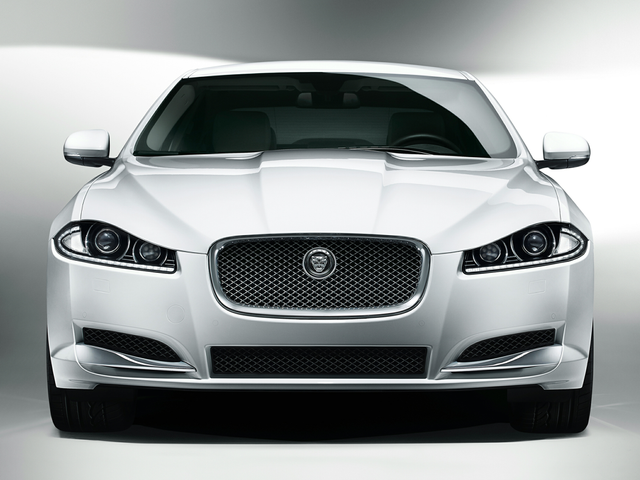 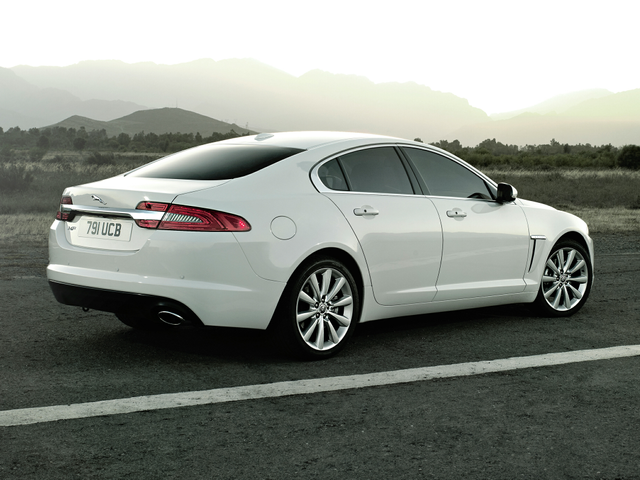 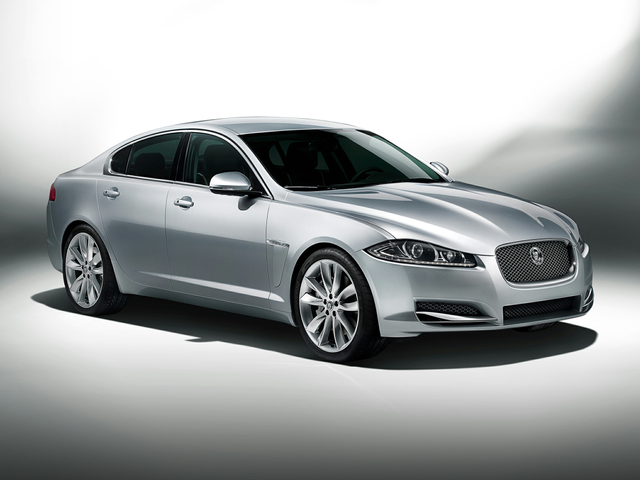 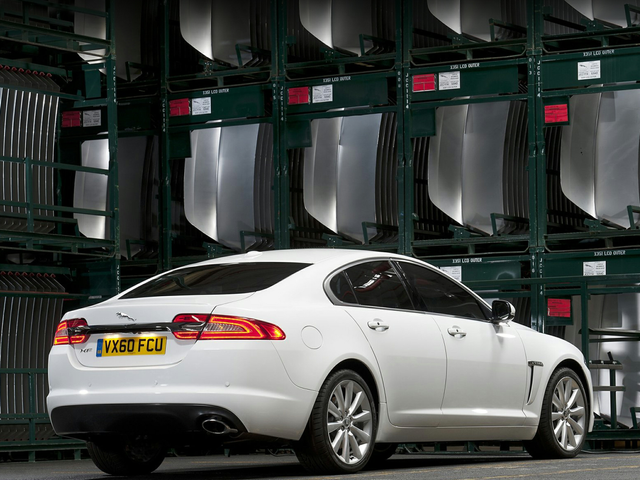