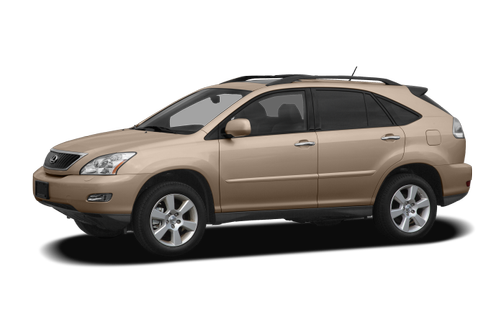 It might be hard to believe, but luxury crossovers and decent gas mileage aren’t mutually exclusive. Just take a look at Lexus’ popular RX 350. Now going on its 11th model year, the RX is one of the most fuel-efficient crossovers available today; the front-wheel-drive model is rated at 18/23 mpg city/highway. That’s not far behind some V-6-powered midsize sedans, including the Chevrolet Malibu and Ford Fusion.

It takes a lot more than decent gas mileage to make a luxury crossover, though, and the RX 350 delivers on most fronts, even in the face of newer competitors like the Acura MDX and Infiniti EX35. However, it does have its share of quirks on the inside.

Styling
One thing that’s helped the RX 350 age well is its exterior styling, which even today looks fresh and modern. The crossover features sleek styling, whether you’re looking at the front or the back, with its angled grille and forward-swept D-pillars. Cargo room suffers a little from this kind of styling, but from the outside the RX 350 brings a distinctive look to the luxury segment.

One change for the 2009 model year is the newly available Pebble Beach Edition for the RX 350. My test model was equipped with this package, which costs $3,880 and features unique styling cues, including a restyled grille that’s quite different from the one regular RX 350s wear, special 18-inch alloy wheels, special badges and an exclusive paint color: Truffle Mica. The changes definitely spiff up the crossover, though it’s still unmistakably an RX (see a side-by-side comparison with the 2008 model).

Ride & Handling
The RX 350 is one of the better examples of the crossover ideal: the blending of SUV styling with carlike ride comfort. If you didn’t know any better, you might think you were in one of Lexus’ passenger cars when driving the RX; the comfortable ride, smooth steering response and general refinement are all there. You do sit higher than in a passenger car — which is part of the appeal of crossovers like this — but not so high that you have to climb up into the driver’s seat like you do in some large SUVs. A height-adjustable air suspension is optional.

The driving experience doesn’t change markedly at highway speeds, where the RX 350 remains a comfortable cruiser. Another nice plus — and one that’s common in Lexus models — is that the cabin is quiet.

Going & Stopping
The RX 350 has a refined powertrain to go along with its refined ride quality. The standard 270-horsepower, 3.5-liter V-6 provides strong acceleration that’s accompanied by a muted growl, and the five-speed automatic transmission makes quick kickdowns when called upon. Front- and all-wheel-drive models are offered.

Stopping is just as important as accelerating, if not more so. The RX 350 is fitted with disc brakes at all four corners, and they do a good job. This sure-footed stopping power is accompanied by a progressive brake pedal that offers good brake feel, which aids driver confidence.

The Inside
As with its exterior, the RX 350’s cabin has aged remarkably well when you consider that this generation was first offered for the 2004 model year, as the RX 330. It’s especially noteworthy, in light of the attention automakers are giving to interior quality these days, to see an interior at the end of its lifecycle that’s still competitive with those of brand-new luxury crossovers. I do have my share of quibbles with the cabin’s design, however, and they concern the center control panel.

First of all, I’m not a fan of silver-colored buttons in whatever kind of vehicle they rear their heads, and they’re all over the place in the RX 350. That said, one button I wish were present — even in silver — is one for the air conditioning fan. Rather than having a button on the dashboard, models with the optional navigation system, like the one I tested, make you call up the climate settings on the touch-screen to change the fan speed.

Lexus lets you choose whether the navigation system’s screen should default to the map or stay on another menu you’ve selected, like the one for the audio presets, while driving. It’s nice to have this choice, but whenever you put the gear selector in Reverse — activating the backup camera — and then shift back to Drive, the screen returns to the map regardless of whether you want it to. Small stuff, for sure, but annoying nonetheless.

Those things aside, cabin highlights include comfortable front bucket seats with armrests attached to the inner side of each backrest. Leather seats are optional, which is a little surprising seeing that a number of the RX 350’s competitors get standard leather seats.

The three-place rear bench seat is pretty spacious for adults. The backseat’s two sections slide forward and backward, which is handy if you happen to have a child-safety seat attached to one of them and want to bring it closer to the front seats so it’s easier to reach. This also lets you give more room to either the passengers or the cargo area, whichever you need.

The backseat also reclines, and while I appreciate this feature, I don’t like where Lexus placed the lever: It’s positioned on the upper-outside corner of the backrest, and if you want to recline the backrest while sitting there you have to twist around to lift it. The same goes for trying to bring the seat back up. A better location for this lever — and one that Audi’s chosen for the reclining second row in its Q7 SUV — would’ve been somewhere on the outside edge of the seat cushion, where it’d be easy to reach.

Cargo & Towing
The RX 350 offers 38.3 cubic feet of cargo room, and it also includes three underfloor storage compartments for valuables you’d rather keep out of sight. The flipside of this feature is that it relegates the spare tire to a spot underneath the crossover rather than under the cargo floor, which means it’s both exposed to the elements and harder to reach.

Folding the split backseat is simple — just lift the same handle used to recline the seats, then fold the backrest forward. When folded, the backrests are nearly level with the cargo floor, which makes for an unobstructed extended load floor and 84.7 cubic feet of total cargo room.

The base RX 350 is rated to tow up to 2,000 pounds. When equipped with the optional Towing Prep package, which includes a heavy-duty radiator and transmission cooler, the maximum towing capacity increases to 3,500 pounds.

Safety
The RX 350 has standard antilock brakes, side-impact airbags for the front seats, side curtain airbags and an electronic stability system. In the Insurance Institute for Highway Safety’s frontal-offset crash test, the RX received an overall score of Good, which is the best possible rating. IIHS hasn’t subjected the RX to its side-impact test.

RX 350 in the Market
Even though Lexus won’t say whether a redesigned RX is on the way, it’s highly likely there’s one right around the corner — possibly even for the 2010 model year. Having been around for six model years since its last redesign, the current RX is at that age when Lexus likes to revamp its popular models. While its eventual successor will undoubtedly have improvements, you won’t go wrong with this generation of the RX.

This car is just what I needed to commute to work; so comfortable and relaxing to drive, plus lots of room for our two dogs.

September 5, 2020
By Vien from Denver
Owns this car

The car is very comfortable, and the interior and exterior design is excellent. Considering that it is a Year 2009, it is definitely worth the money.

Rating breakdown (out of 5):
5 people out of 6 found this review helpful. Did you?
Show full review
3.4

I had to replace the rack & pinion at 143,000 miles. I also replaced the alternator at 145,000 miles. Im a bit disappointed in some of the features like the factory amp is difficult to bypass do im kind of stuck with the sound system.

Rating breakdown (out of 5):
6 people out of 8 found this review helpful. Did you?
Show full review
See all 71 consumer reviews

All model years for the Lexus RX 350 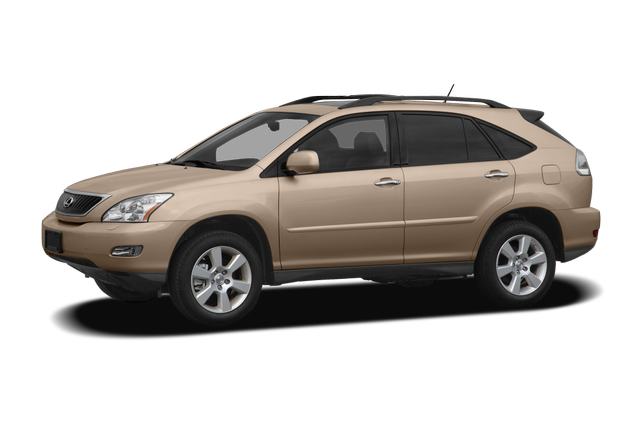 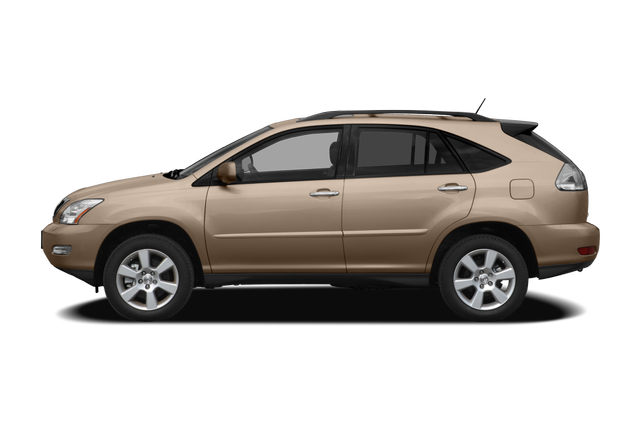 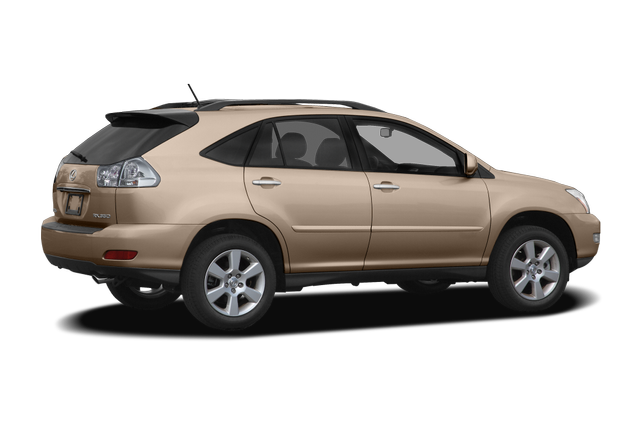 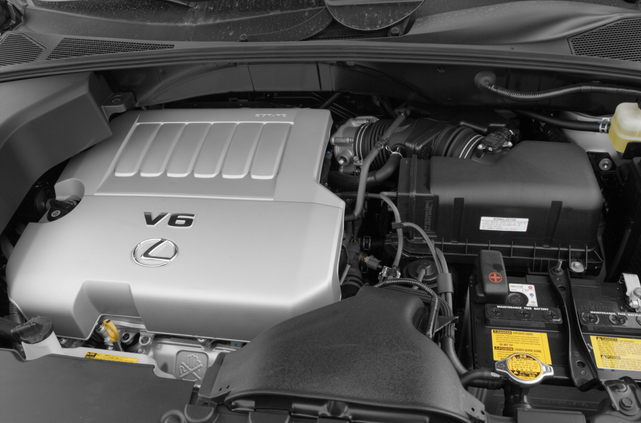 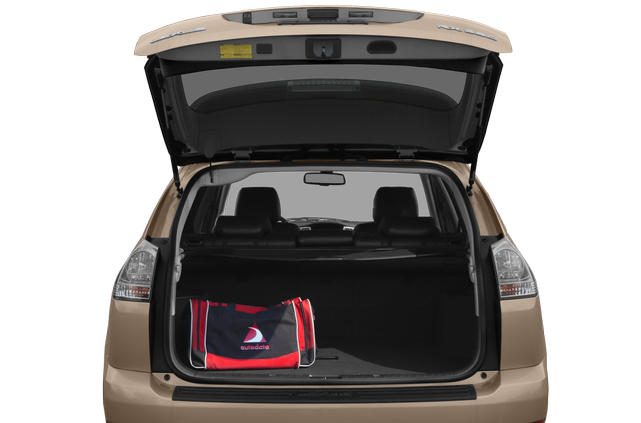 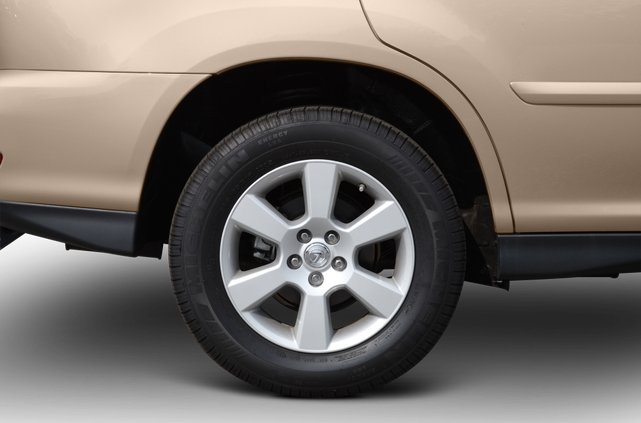 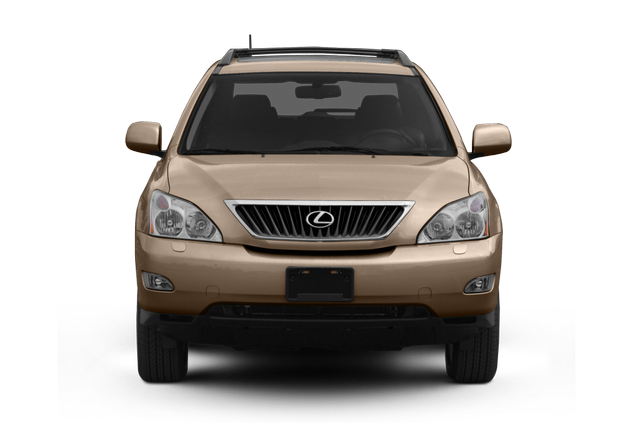 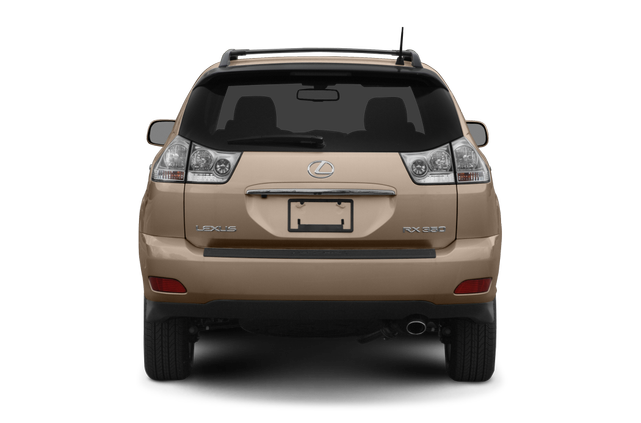 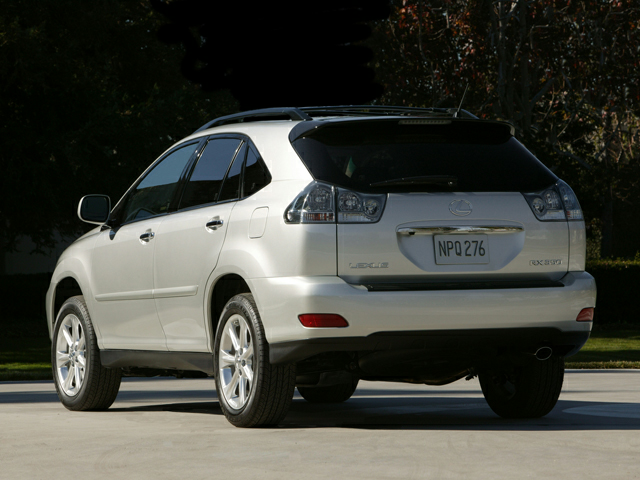 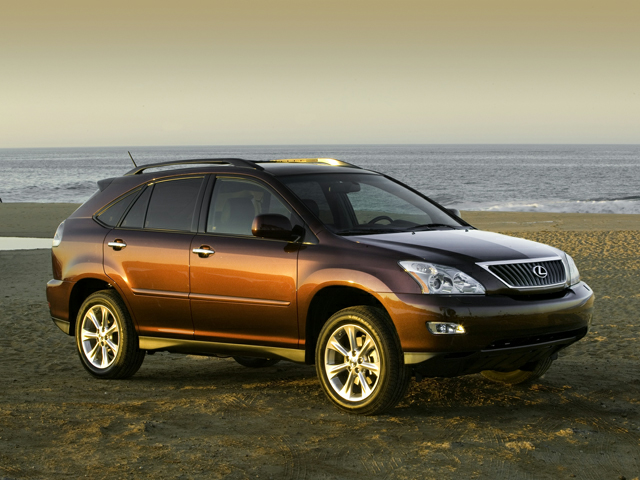 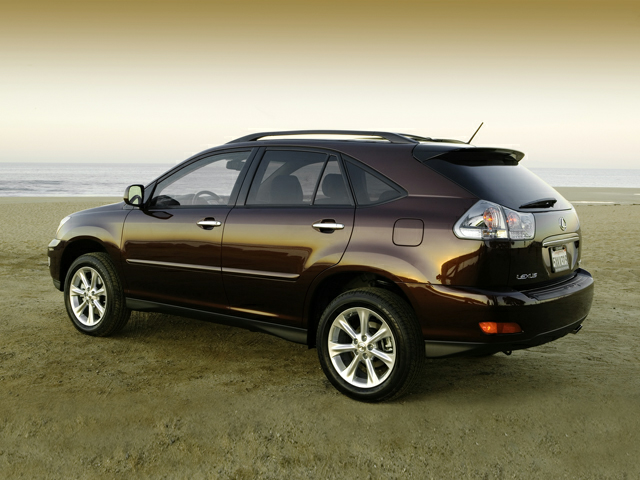 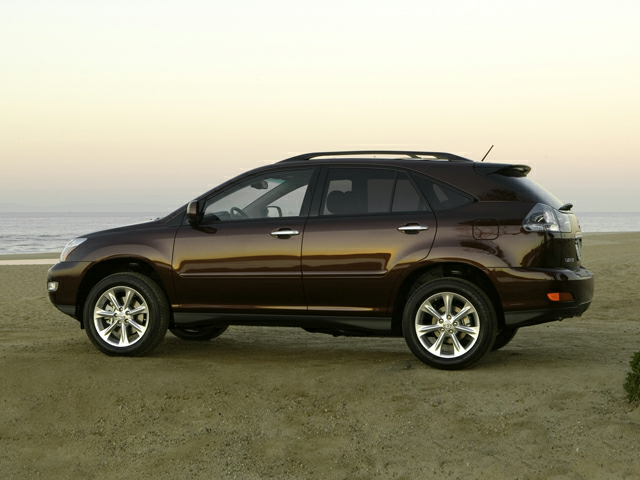 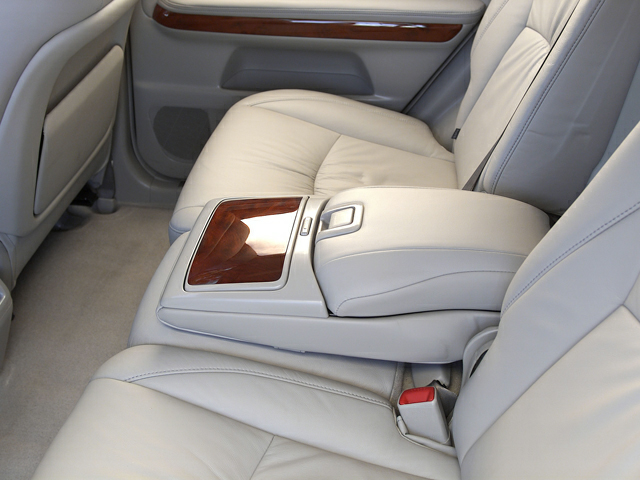 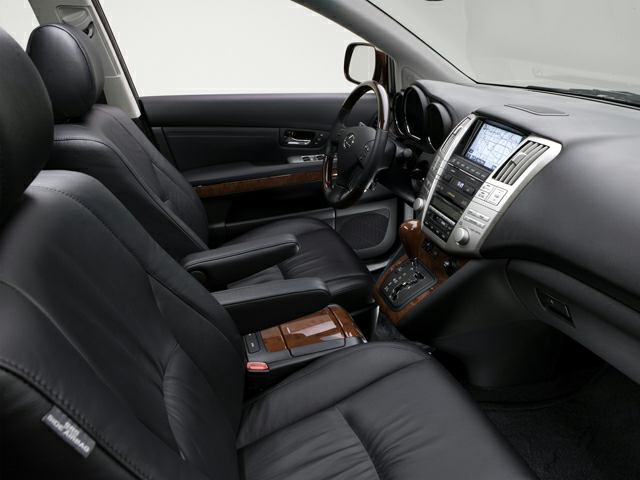 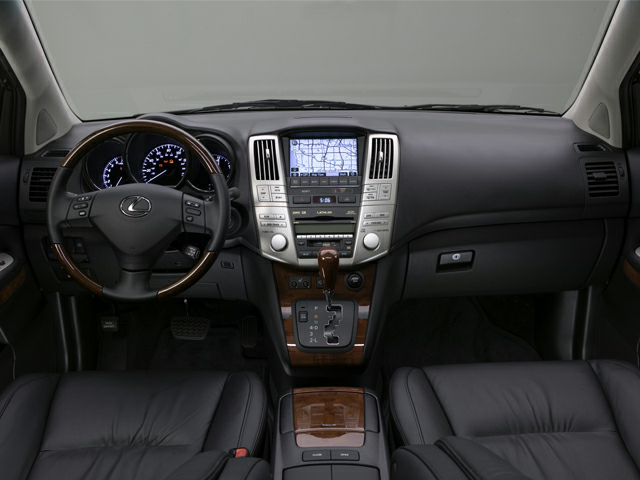 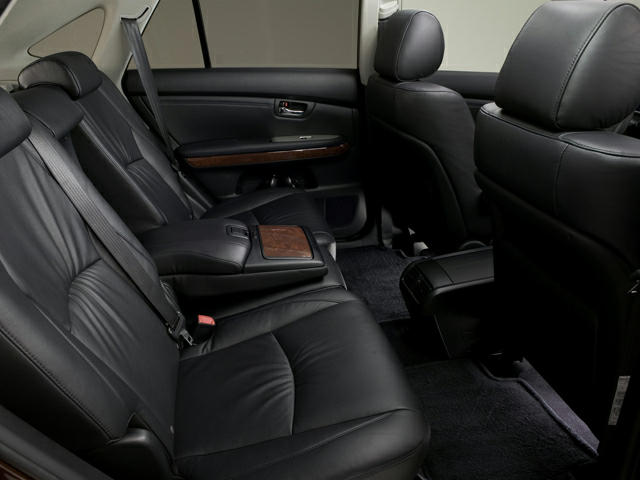 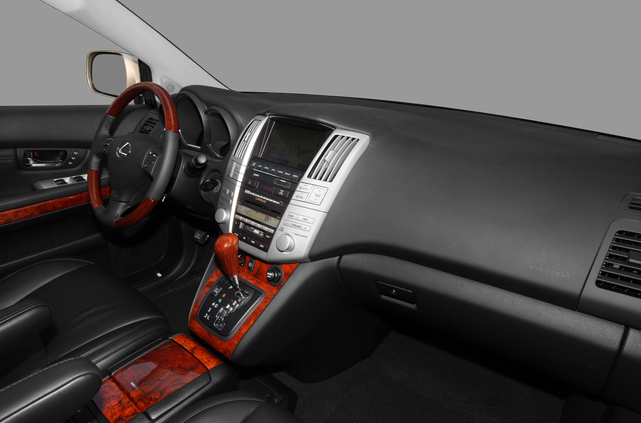 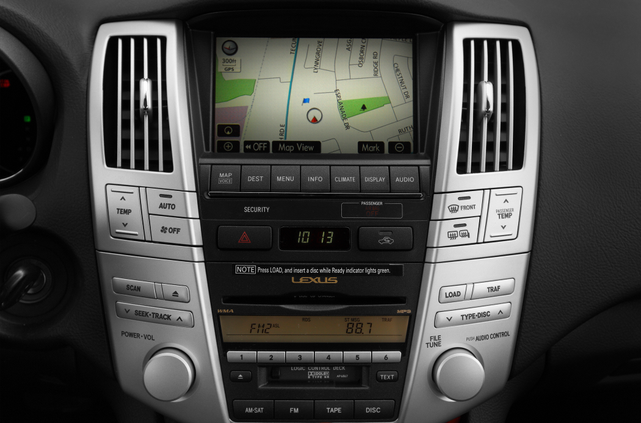 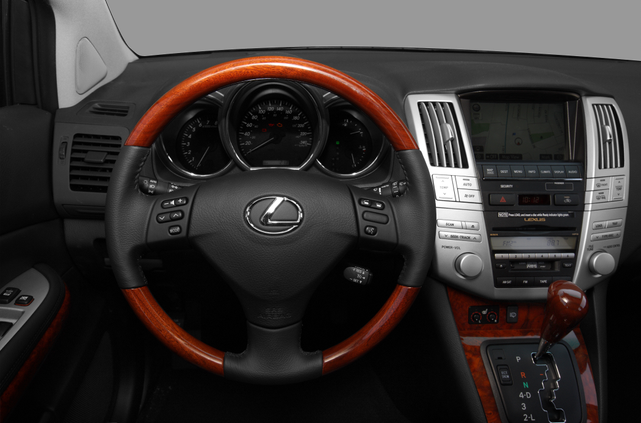 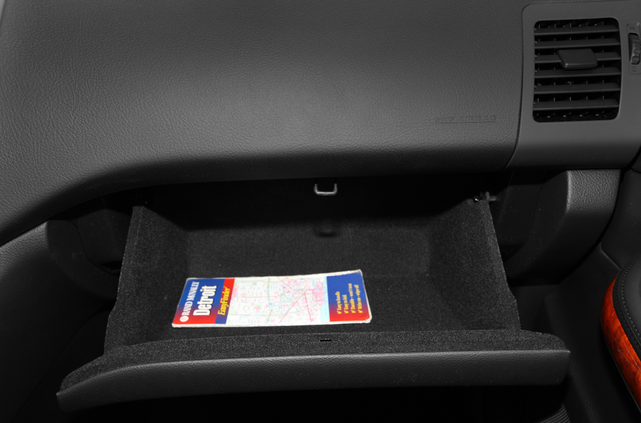 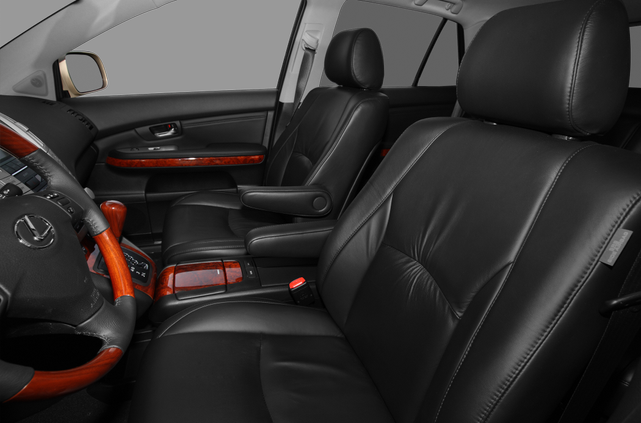 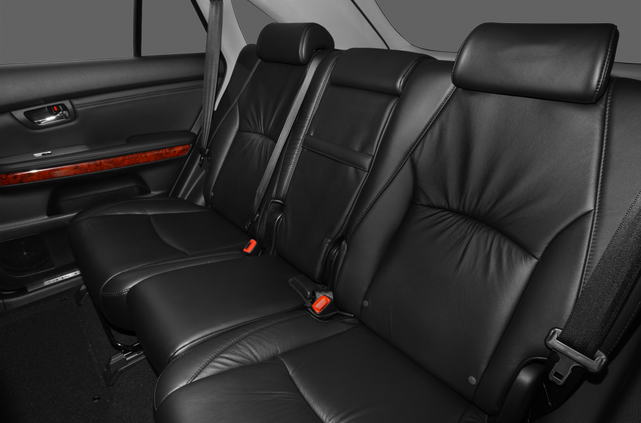 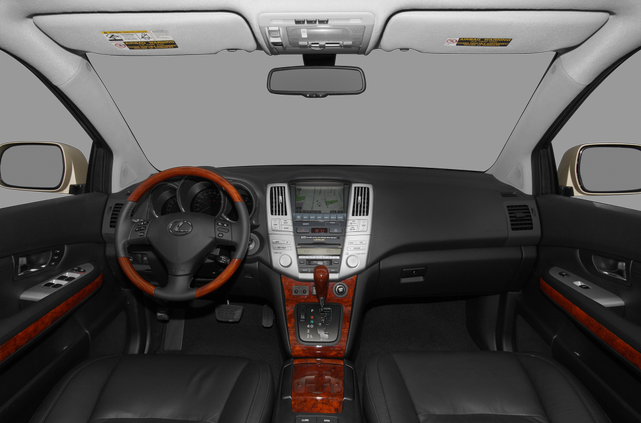 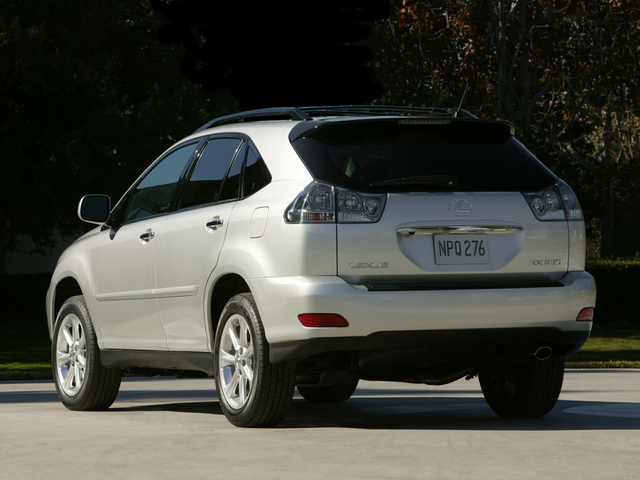 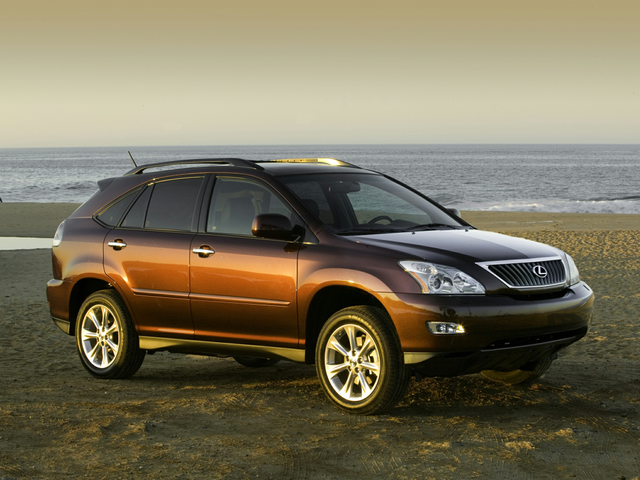 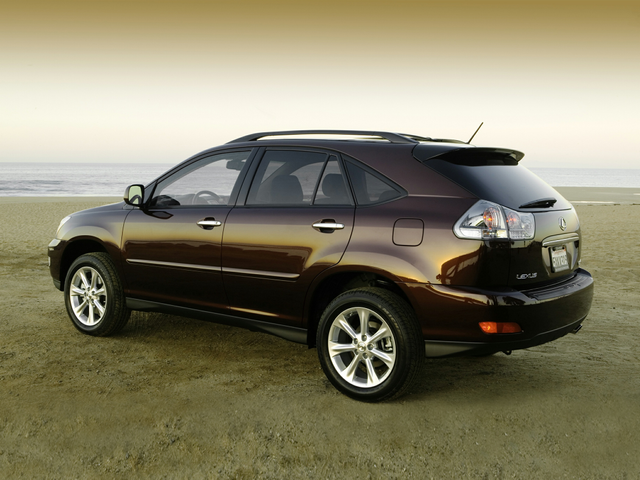 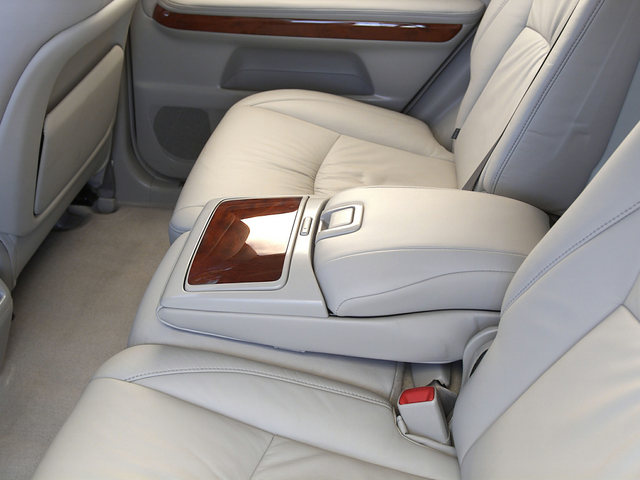 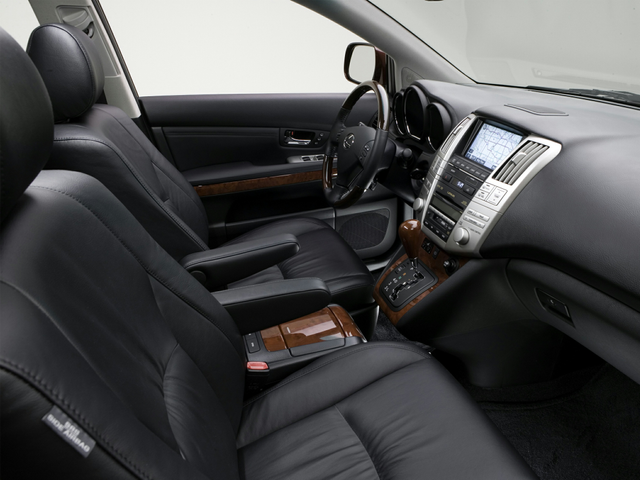 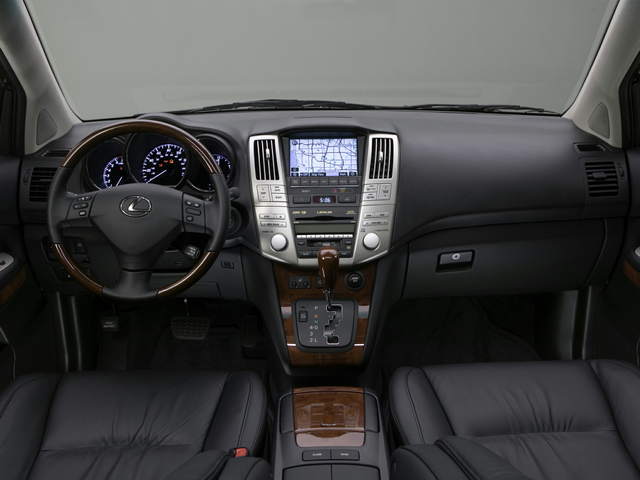