Our 2015 Mazda CX-9 trim comparison will help you decide.

The 2015 Mazda CX-9 is a goodie but an oldie, and increasingly its problems — from recent crash tests to uncompetitive gas mileage — may be too much to overlook for family shoppers.

It pains me to advise against the seven-seat Mazda CX-9, which has been one of our favorite three-row body-type SUVs over the past decade. But that time frame says it all: For 2015, the CX-9 enters an ancient ninth model year in its current form.

With front- or all-wheel drive, the CX-9 comes in Sport, Touring and Grand Touring trims. Click here to compare them and here to stack up the 2015 and 2014 Mazda CX-9. Changes for the 2015 model year are minimal. We tested an AWD CX-9 Grand Touring.

Exterior & Styling
A modest update two model years ago loosely aligned the CX-9 with Mazda’s Kodo design language. Mostly it looks like a plus-sized CX-5 — a profile that belies its actual dimensions, which, at more than 200 inches, eclipse the rival Ford Explorer, Toyota Highlander and Honda Pilot. Despite the bulk, the Mazda’s 37.4-foot turning circle is among the tightest in the class. Bravo.

Visual differences between the three trim levels are minimal, save 20-inch alloy wheels (in place of 18s) and some lighting upgrades on Grand Touring models.

How It Drives
Mazda’s 3.7-liter V-6 has plenty of muscle, with adequate low-end torque and instant accelerator response for stout power from a standing start. Stay on the gas, however, and you’ll suffer: 2nd and 3rd gear turn on-ramps into eternal climbs, and a tall 4th gear means passing situations take a degree of patience in a place where other V-6 SUVs scoot. Once the six-speed automatic transmission upshifts, the transmission seems reticent to kick back down for power if you need it later on, preferring to let the V-6 inch the speedometer needle forward at lower engine speeds. The whole of it gives the CX-9 a plodding, heavy sensation at speed — a characteristic that the front-drive CX-9, which is 236 pounds lighter, may help.

I’d like shorter gearing and a more responsive transmission, but those would theoretically come at the expense of fuel efficiency, which is already behind the pack. With all-wheel drive, the Mazda CX-9 gets just an EPA-Estimated 18 mpg combined rating (19 mpg with FWD). That’s short of the Ford (Explorer), Toyota (Highander), Chevrolet (Traverse) and Honda (Pilot) by 1 or 2 mpg — significant when you consider that 2 mpg equates to more than 10 percent.

Typical of Mazda products, the CX-9s hew toward sportier, higher-effort driving. The steering wheel has less power assist than most three-row crossover SUVs, which makes driving it a relative chore in parking lots, but it rewards you with sharp turn-in precision at higher speeds.

The suspension allows a degree of body roll that keeps with other large SUVs, and it rides a touch busily on anything short of smooth pavement. It’s not objectionably firm, however, and the higher-profile 18-inch wheels on Sport and Touring models may improve on this.

Interior
Mazda puts some competitors to shame with its low-gloss, attractive dashboard materials, hefty controls and generous — not just obligatory — padding at all the points your arms or elbows contact. Touring and Grand Touring models have leather upholstery that feels rich enough for a luxury car, and all three rows have deep cushions — exemplary for the third row, in particular. Tall drivers should have enough adjustment range, but many drivers will find the power window controls — which Mazda exiled in front of the door handles — a bit of a reach.

The three-seat second row has a long forward/backward adjustment range with good headroom and legroom, albeit a low seating position. Even in the farthest-forward position, passengers should find adequate legroom — good news, since that’s where they’ll need to go (or somewhere close to it) if you assign adults to the third row. Both sides of the second row tilt and slide forward for third-row access, but Mazda offers only bench seating for that second row; there are no captain’s chairs and center aisle available.

Ergonomics & Electronics
The Mazda CX-9’s standard multimedia features are generous, including a 5.8-inch touch-screen with HD radio, Bluetooth phone and audio streaming, USB/auxiliary inputs and steering-wheel audio controls. Bose premium audio and a 9-inch rear DVD entertainment system are both optional. Skip the optional TomTom-based navigation system; the small screen and slow map processing won’t do you any favors, and the system requires too many intermediary steps for basic functions like zooming in.

Cargo & Storage
For a large SUV, the Mazda CX-9 ought to have more cabin storage. From the glove compartment to the center console, covered storage is in modest supply.

The SUV’s 100.7 cubic feet of maximum cargo room puts it near the head of the pack, but getting to it is a cumbersome process. The third row takes multiple steps to fold, and it usually involves moving the second row forward — then moving it backward again so you have enough clearance to fold it down. Keep all three rows up and the CX-9 has a competitive 17.2 cubic feet behind the third row.

Safety
The CX-9’s dismal crash tests could, and probably should, be a deal-breaker for many shoppers. The SUV earned a score of good in the Insurance Institute for Highway Safety’s side impact and moderate-overlap frontal test, but it scored marginal in roof-strength tests and head restraint/seating tests. (IIHS rates cars poor, marginal, acceptable and good.) Worst of all, the CX-9 scored poor in IIHS’ small-overlap frontal test. Of the 10 models subjected to this test in the organization’s midsize SUVs class, two others were also rated poor. Three rated marginal, one rated acceptable and three rated good.

Standard features include six airbags plus the required antilock brakes and electronic stability system. Touring and Grand Touring models have a blind spot warning system and backup camera, but a forward-collision warning system — a feature increasingly available in this class and something IIHS requires for its top safety award — is unavailable.

Click here to see a full list of safety features or here to see our Car Seat Check in a 2014 CX-9.

Value in Its Class
Base price for the CX-9 starts around $31,000 for a cloth-equipped Sport model. Mazda CX-9 Touring trims (around $33,500) add power front seats and heated leather seats, while the Grand Touring (around $36,000) adds a memory driver’s seat, a power liftgate, keyless access with push-button start, and more. All-wheel drive runs a reasonable $1,590 on any trim. Add the handful of available factory options and an AWD CX-9 Grand Touring tops out around $41,000 — an affordable ceiling, as this class goes.

Affordable top trims, strong cabin quality and a recent history of high reliability will attract some shoppers to the CX-9, but safety is a must for any three-row SUV. The class as a whole had mixed results from IIHS, but none scored as poorly across multiple tests as Mazda. Combine that with the Mazda CX-9’s subpar fuel economy and it’s high time for a redesign.

A great suv am looking at a second one

December 14, 2020
By Caddydaddy from Palmbay
Owns this car

I looked at alot of suv's! As a mechanic they needed to meet a higher standard. In the price bracket there were only two suv's that I would consider. So I own a Mazda cx-9 Grand touring,it was the best bang for the buck in my opinion for price reliability and comfort. Bought it with .6 miles on it ,it now has 51247 So yes I've had a few issues since new the pass side window motor broke, the blower motor broke and the alt broke 3 times ! So the first two problems I understand and we're cheap to fix the alt was replaced under warranty twice and once by me out of warranty. Living in fl. There's runs of deep puddles and alt is low . I now have a life time warranty on the alt and haven't had a issue since! So I've talked with a few of the mechanic s at the dealership and the main company to start a recall /service bulletin witch would make the dealership install a splash shield by alt so maybe if your reading this the problem has been fix there 2016 models have a splash shield already so if your looking at a newer one your good to go ! I would suggest this suv to everyone . One downfall is the technology in it is older it works great but primitive compared to other suv's of the year I myself preferred this stuff it's easier to us compared to the complected newer ones .

This car is great for a family, vacations or for hauling things. Looks super sporty but provides so much room as well. Honestly, best value for the money ever.

Short and long commutes are a breeze with this car, still doesn’t burn a drop of oil between 5000 mile changes, don’t have the heart to trade it in!

Rating breakdown (out of 5):
4 people out of 4 found this review helpful. Did you?
Show full review
See all 28 consumer reviews 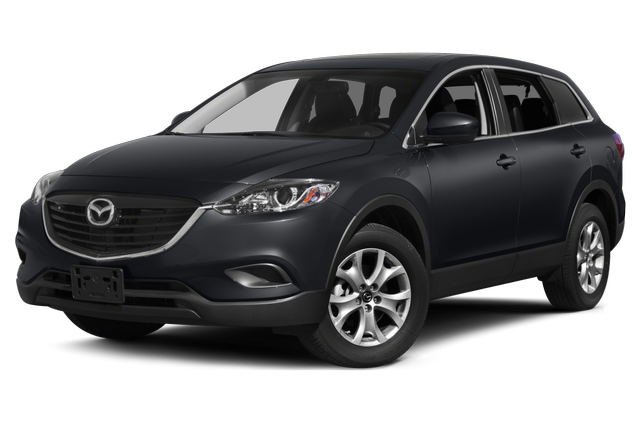 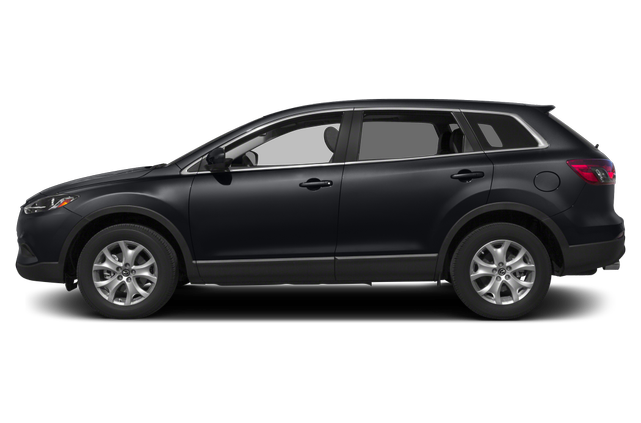 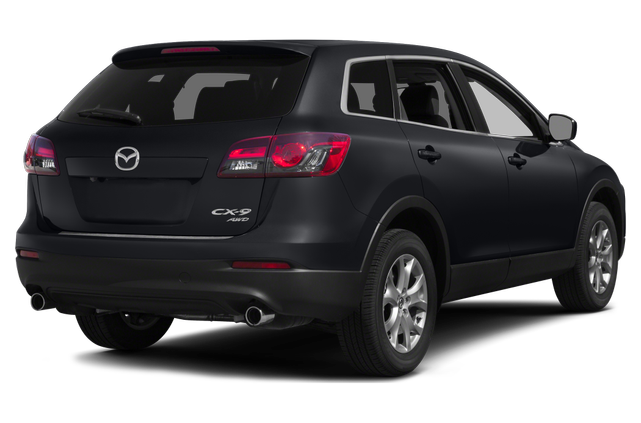 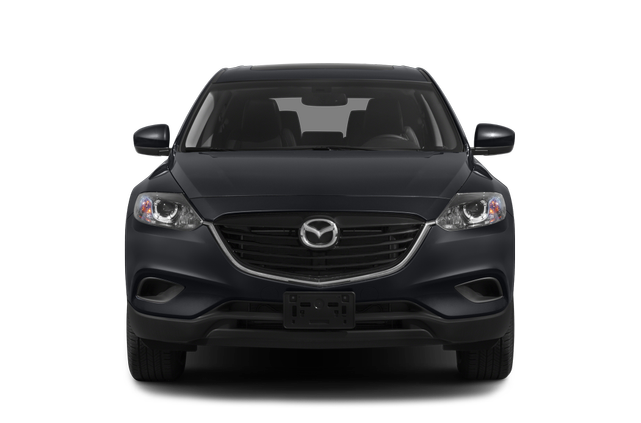 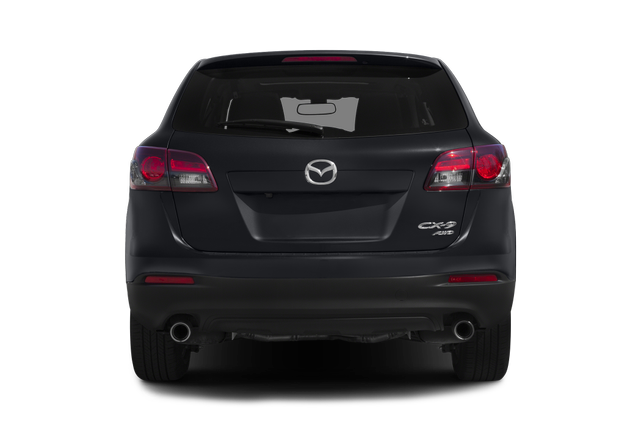 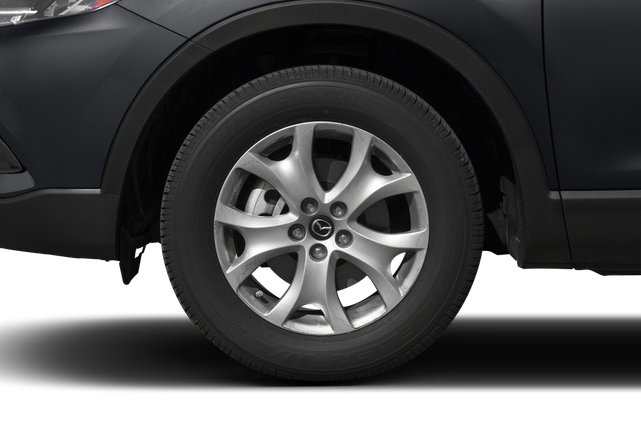 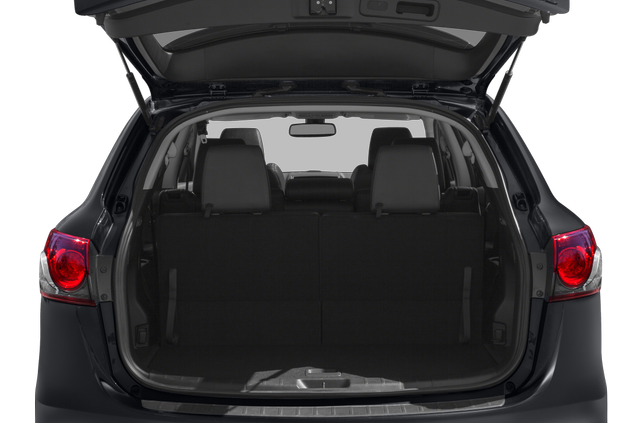 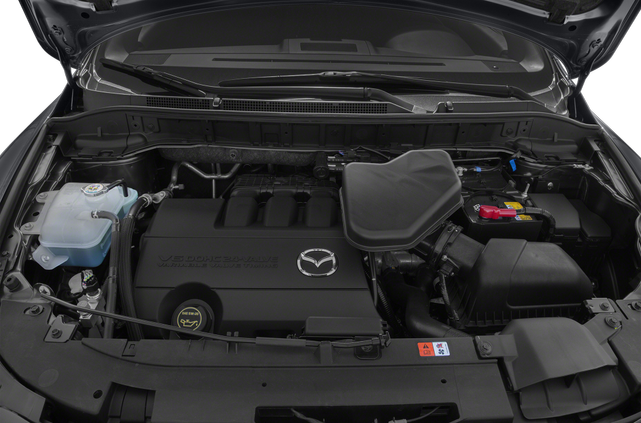 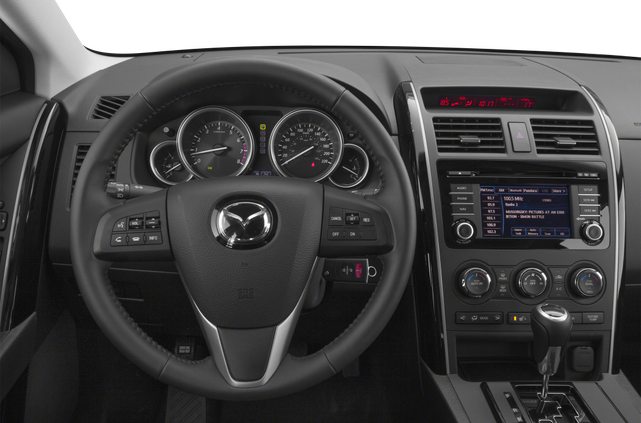 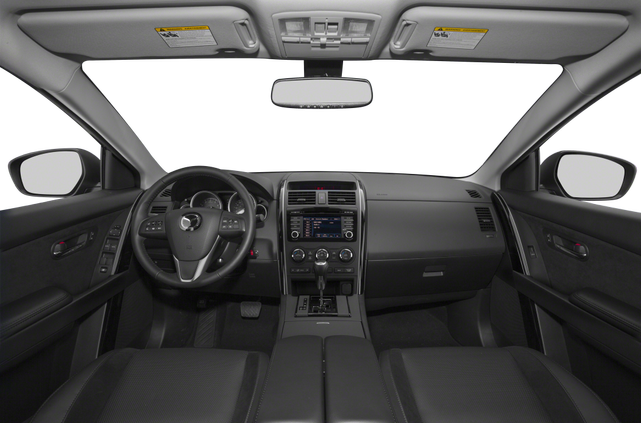 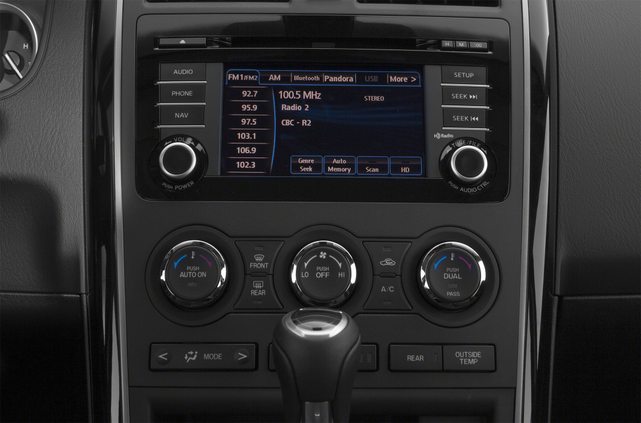 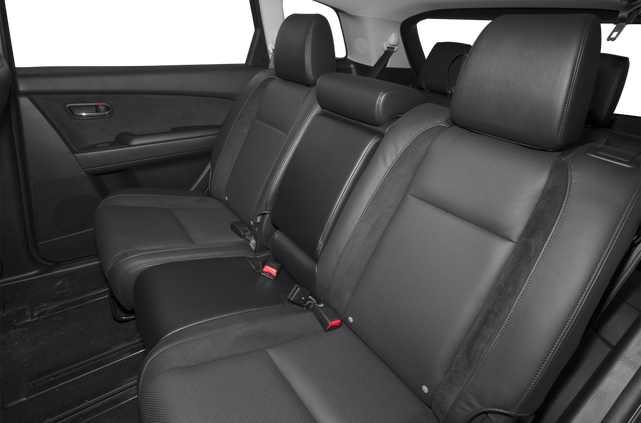 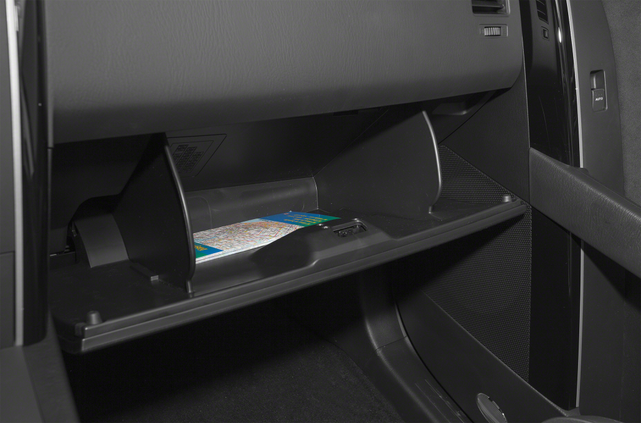 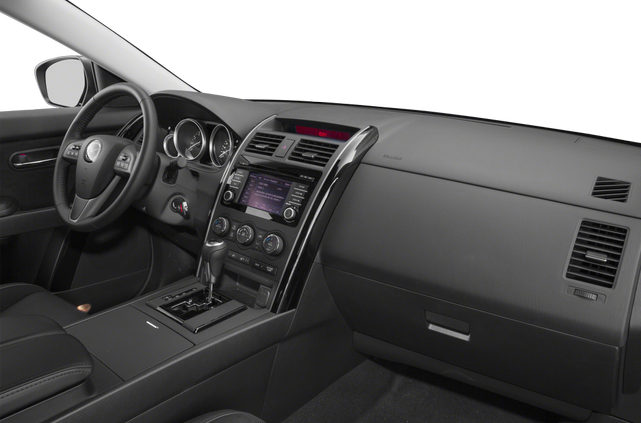 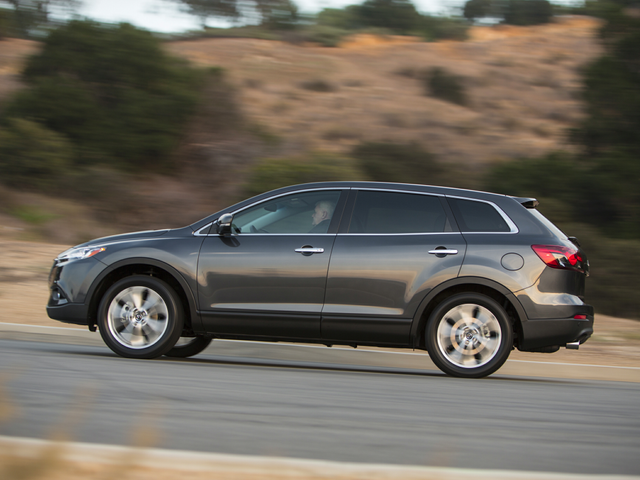 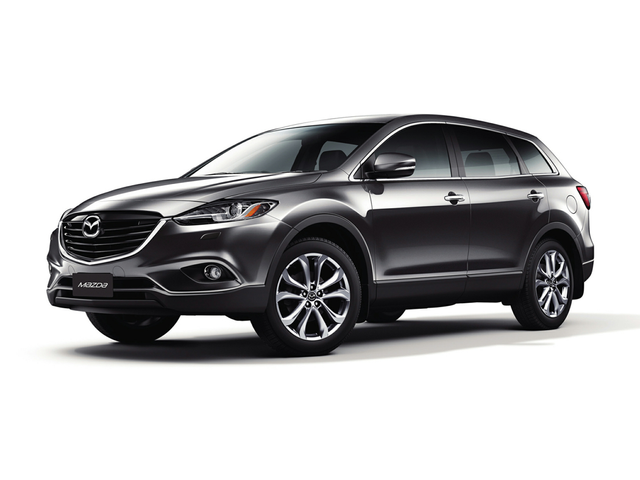 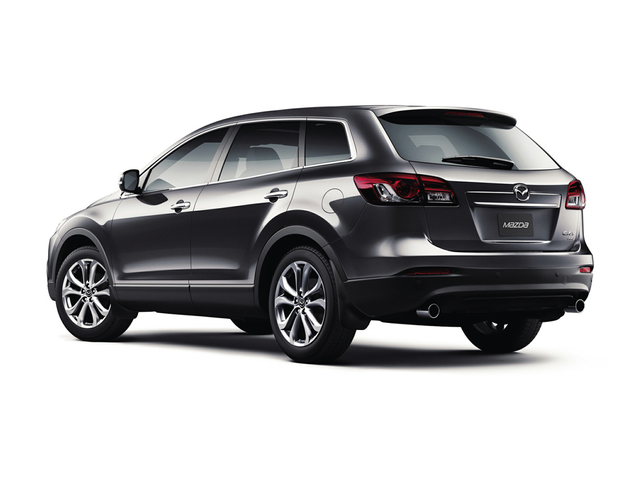 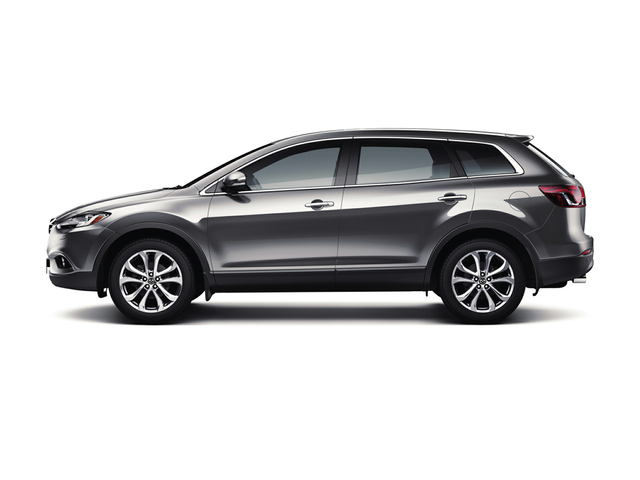 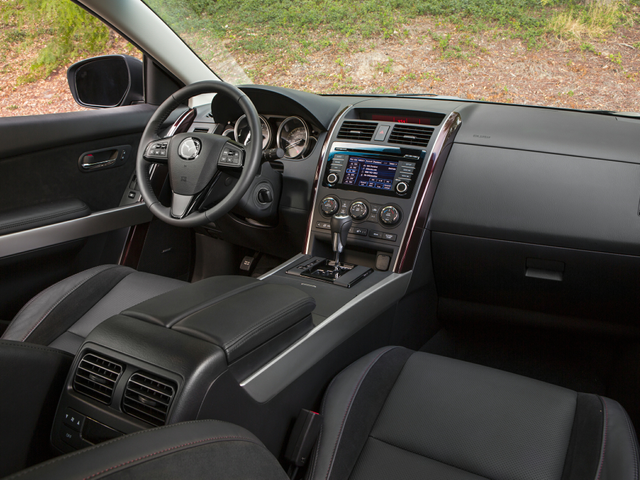