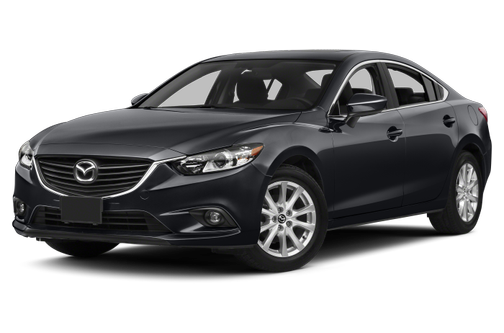 Our 2014 Mazda Mazda6 trim comparison will help you decide.

I’ve always liked the driver-focused nature and distinctive design of the Mazda6 midsize sedan, but its sales have languished far below the class leaders. For 2014, Mazda makes another charge at the segment heavyweights with an all-new version.

Besides sharp styling and a sporty driving experience, the 2014 Mazda6 comes armed with something even more important that positions it to challenge the segment leaders: fuel economy that’s near the top of the class.

At an event held by the automaker in Austin, Texas, I tested both manual- and automatic-transmission versions of the 2014 Mazda6. The base Sport trim with a six-speed manual transmission starts at $21,675 (all Mazda6 prices cited include a $795 destination charge). The as-tested prices of the models I drove — a six-speed manual Sport and a top-level Grand Touring with a six-speed automatic — were $21,675 and $31,490, respectively. To see the Mazda6’s specs compared with the Ford Fusion, Honda Accord and Nissan Altima, click here.

The New Face of Mazda
The 2014 Mazda 6 adopts a shieldlike grille that’s tamer than some of the brand’s recent designs. It works to good effect, giving the sedan a certain pugnaciousness. For many brands, grille design has become a way to both distinguish models and maintain a family resemblance, and the new face of Mazda accomplishes that on the Mazda6 and other models like the CX-5 small crossover.

Some of the Mazda6’s prior styling cues, like the bulging front fenders, have been retained, but one of the car’s prettiest aspects is its rear styling. Some cars’ tails don’t look like they’ve received much design attention. Not so with the Mazda6, which gets an intricate trunk lid, wraparound taillights with smoked lenses and a tidy chrome strip running the width of the car. It’s a design that wouldn’t be out of place on the back of a luxury sedan.

Ride & Handling
The Mazda6’s suspension tuning keeps with Mazda’s sporty focus. The result is a taut ride that reveals many details about the road — and whether it’s well-maintained or not. The car also exhibits admirable body control, with limited body roll during hard cornering. Beyond that, the Mazda6 feels like a smaller car than it truly is — in a good way — and this goes a long way toward establishing its nimbleness.

The biggest area for improvement, though, is the steering. While nicely weighted and responsive, the system fails to deliver the kind of feedback you get when driving the compact Mazda3 — a revelation compared with many other models in its class. The new Mazda 6 does get a smaller steering wheel and a quicker steering ratio, but the lack of road feel stands out in a sedan that’s otherwise engaging for the driver.

SkyActiv Technology
The 2014 Mazda6 is the second Mazda model to get the full suite of technologies termed SkyActiv, which aim to reduce fuel consumption without compromising how the car drives. SkyActiv touches important vehicle systems such as the body structure, suspension, transmission and engine. Mazda says SkyActiv will also encompass alternative powertrains for future fuel-economy gains. One such powertrain — a clean-diesel engine — will be offered in the Mazda6 in the second half of 2013.

With its direct-injection 2.5-liter four-cylinder gas engine, the Mazda6’s performance is comparable to many four-cylinder family sedans. The engine doesn’t push you back in your seat, but it gets you up to speed reasonably well. The engine is refined all the way to its redline in terms of both vibration harshness and sound.

What the Mazda 6 really needed — and got for 2014 — was better estimated gas mileage. The prior sedan’s estimates trailed most of its competitors, but the 2014 version is near the top of the pack with an EPA-rated 25/37 mpg city/highway for the six-speed manual transmission and 26/38 mpg for the six-speed automatic.

Apart from promising better mileage than the stick, the automatic transmission also makes the four-cylinder look good, providing low-speed smoothness and precise shifts at higher speeds. The automatic is responsive; it will kick down quickly if you mash the gas pedal.

More than the automatic, the manual transmission reveals the four-cylinder’s lack of low-rpm power. Acceleration is modest from a standing start, even when letting the engine rev to its limit before shifting gears. The four-cylinder feels less stressed when snaking along winding roads at a steady clip.

The manual shifter itself is exceptional. Its precision is rare among midsize sedans, and the light clutch pedal is well-suited to the car.

Cabin Design & Roominess
The cabin’s dominant design feature is the vertical-face dashboard. The control layout is simple, and it’s easy to understand the controls within a matter of minutes, which is far from a certainty today with the introduction of “advanced” technologies like Ford’s MyFord Touch interface. The Mazda6 has its share of available features, but they’re self-contained.

Materials quality is mostly good. There are lots of soft-touch surfaces, and the cabin’s metallic accents are a good imitation of real metal. The power window switches and the trim around them is of a lower grade than the rest of the cabin, but materials consistency is otherwise good.

Whether you choose the standard cloth or optional leather upholstery, the front bucket seats are comfortable and have just enough bolstering to keep you situated when rounding a fast corner — but not so much that you feel confined during less aggressive driving. In moonroof-equipped cars, there’s little extra headroom when the driver’s seat is raised.

The backseat ranks among the more spacious ones in the segment, with room to spare for taller passengers like me (I’m 6 feet 1 inch); the seat cushion is high enough to provide some welcome thigh support.

The car comes with a standard 60/40-split folding backrest with release levers in the trunk. When folded, the backrest is nearly flat with the trunk floor, and the lack of a ledge between the two sections provides an uninterrupted surface. The trunk measures 14.8 cubic feet.

Features
Touring and Grand Touring trim levels bundle a range of features in option packages. For $2,000, Touring models can have a Technology Package that includes a Bose premium stereo, a navigation system, keyless entry, automatic headlights, rain-sensing windshield wipers, heated side mirrors and the Smart City Brake Support system. This infrared braking system works from about 2 to 18 mph and can prevent or reduce the severity of a low-speed rear-end crash.

Beginning in May 2013, Grand Touring trims will be available with the $2,080 Advanced Package, which adds to the adaptive cruise control and forward obstruction features a lane departure warning system, automatic high-beam headlights and Mazda’s i-ELOOP regenerative braking system. This system captures energy that would otherwise be lost during deceleration and uses it to power electrical components.

Safety
As of publication, the Insurance Institute for Highway Safety and the National Highway Traffic Safety Administration have not crash-tested the 2014 Mazda 6, though its status as a mainstream family sedan means it will likely be tested at some point by the agencies.

For a full list of safety features check out the Features & Specs page.

Mazda6 in the Market
In a market dominated by two nameplates — the Honda Accord and Toyota Camry — it’s not easy for something new to break in. Hyundai and Kia have had some success with the Sonata and Optima, respectively, but the Mazda6 hasn’t registered with family-sedan shoppers on the same scale.

Will this latest redesign change its fortunes? The final fuel-economy piece appears to be in place, but the car’s debut couldn’t come at a tougher time as a number of competitors have recently redesigned their family sedans, too. Regardless, the new Mazda 6 is good enough to grow its presence in the segment and is worth a test drive.

Great car with a couple of weaknesses

I love my 14 Mazda 6 Grand Touring! In 8 years of owning it I have only come across a few less than desirable items, the leather seat tears easy in the perforated areas, the shifter assembly wears so the park sensor switch doesn't work , the brake rotors are too thin in the front and warp easily, plus I had a MAF sensor failure.

The car drives very smoothly on the road and is very fun to drive. I love the push start and rear view camera. The driver seat is very comfortable as well and the entire car is roomy inside. The trunk is also huge!!

great car for the price

smooth, sporty, reliable and awesome mpg's and fun to drive. Comfortable for a family of 4 and a ginormous trunk. Far surpassed my expectations. Great sound system was a bonus

Rating breakdown (out of 5):
4 people out of 4 found this review helpful. Did you?
Show full review
See all 115 consumer reviews 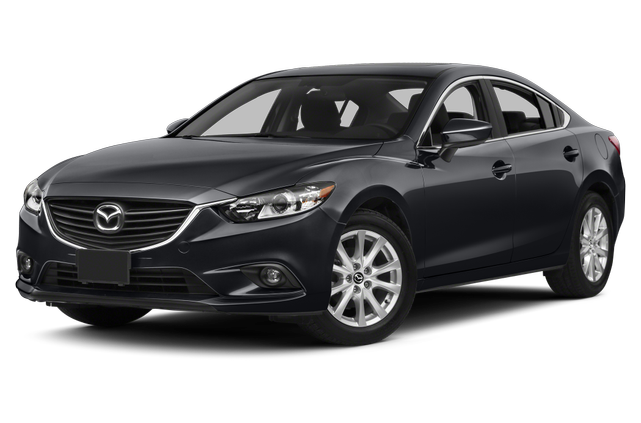 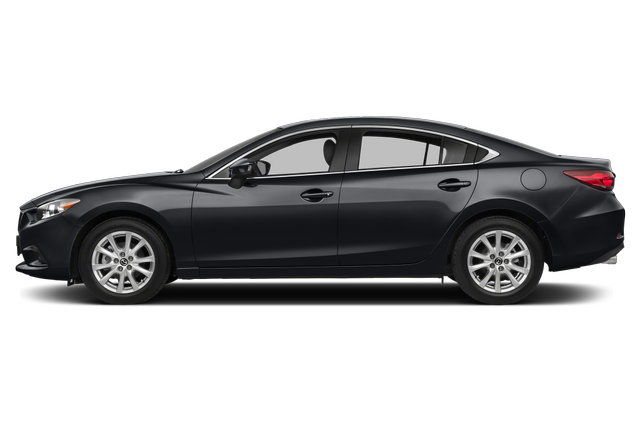 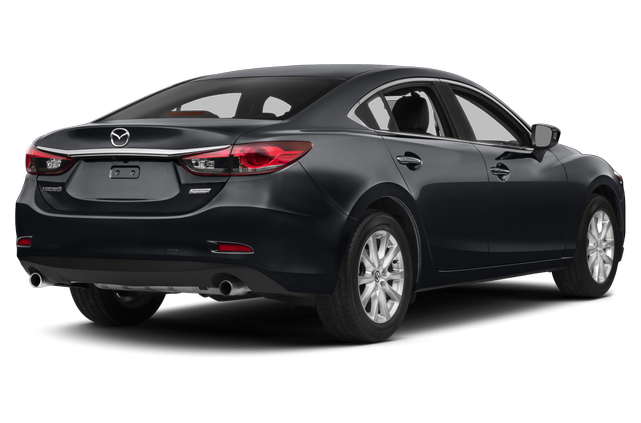 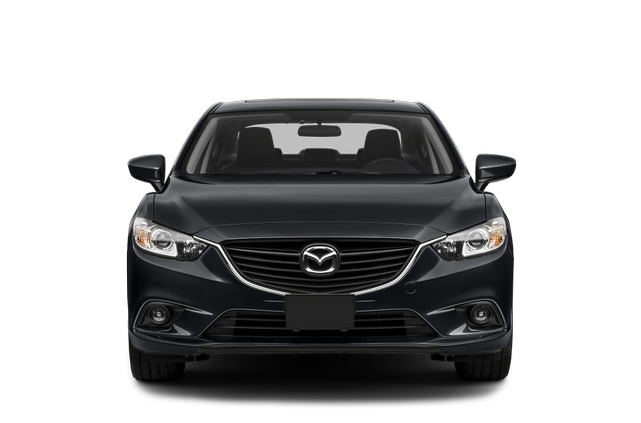 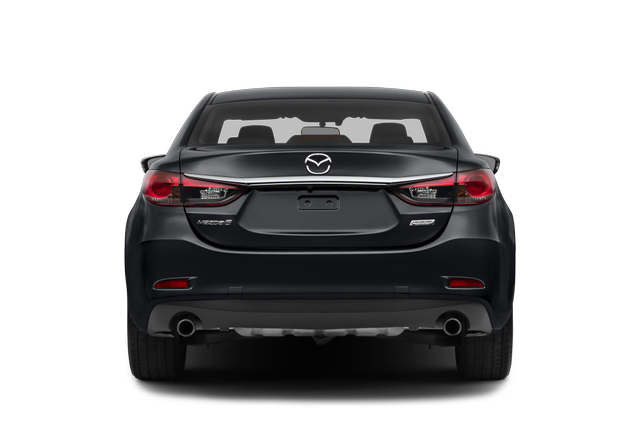 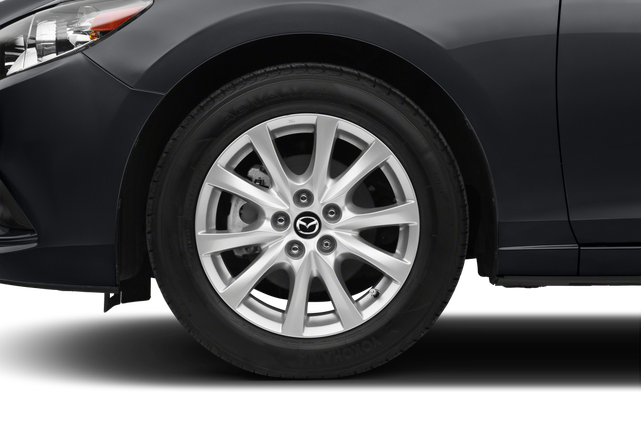 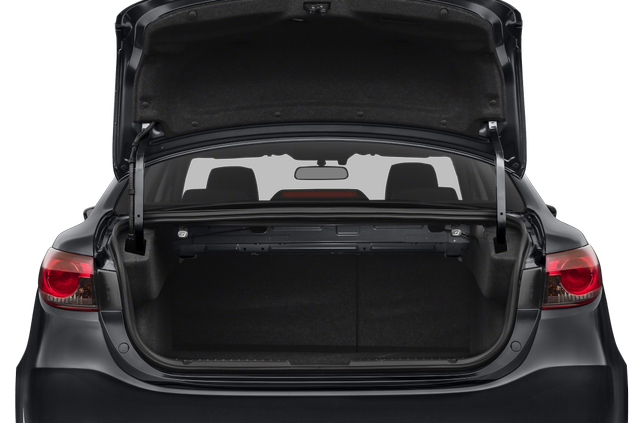 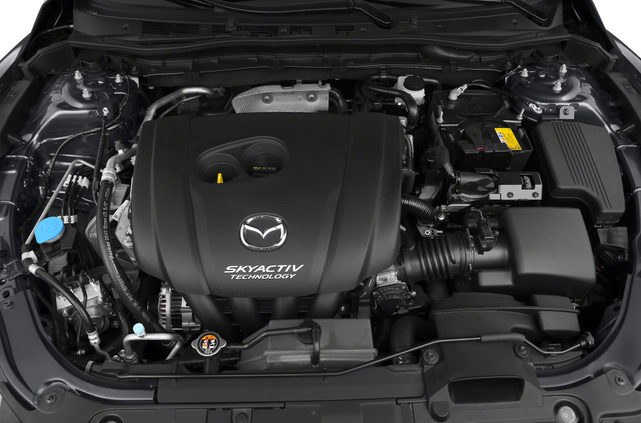 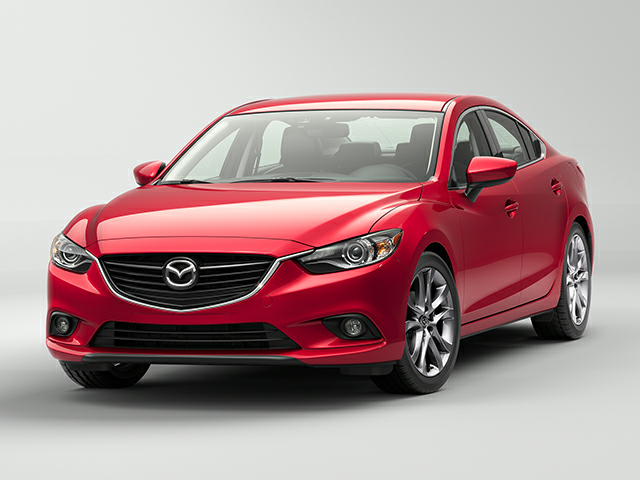 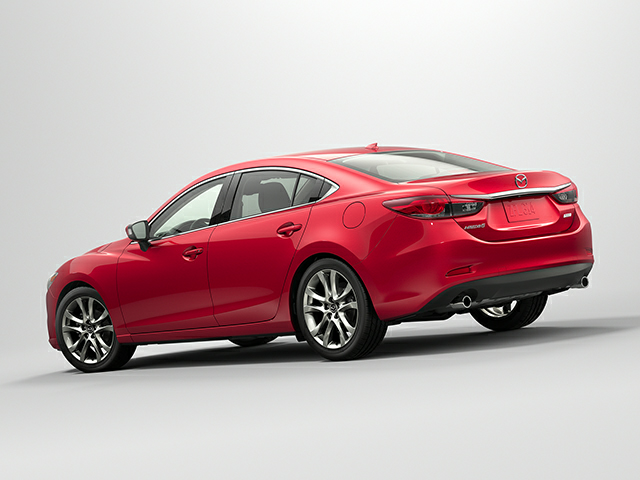 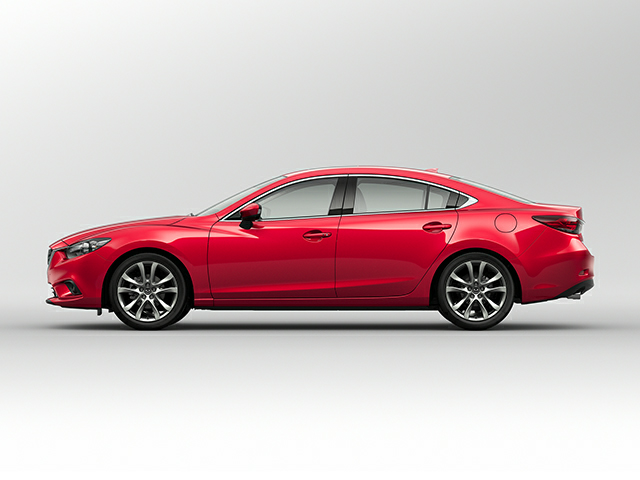 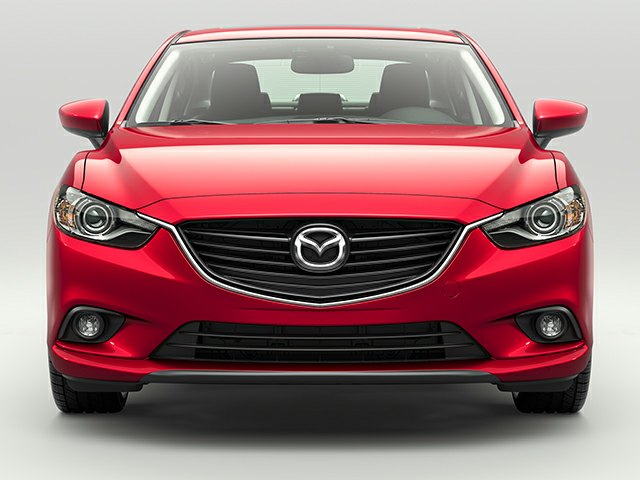 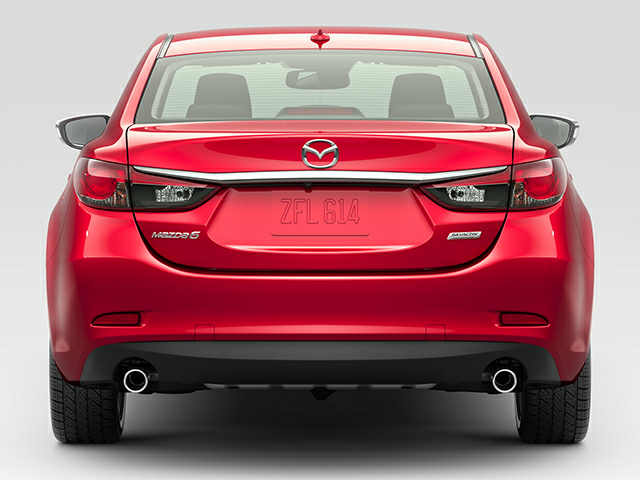 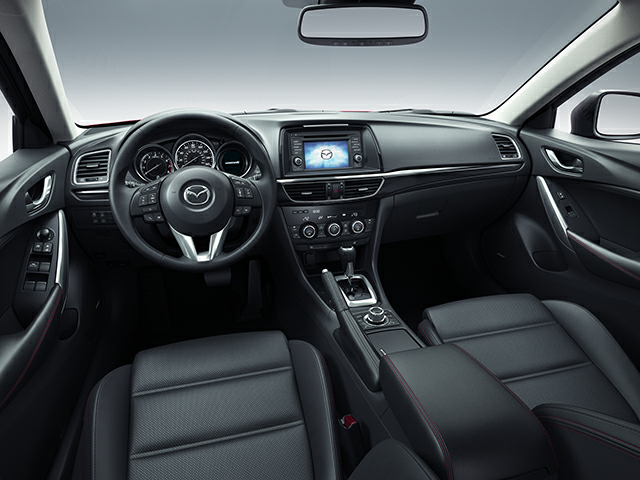 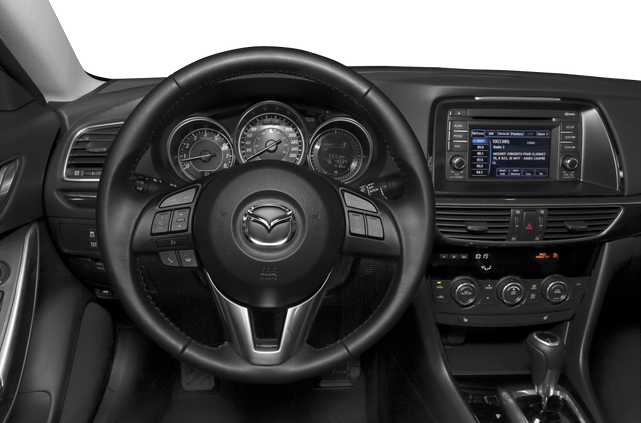 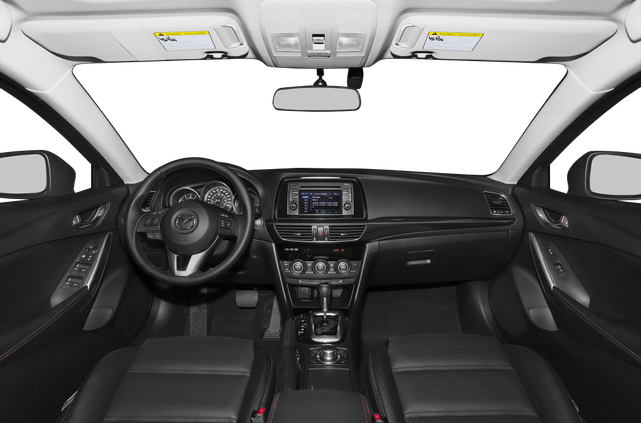 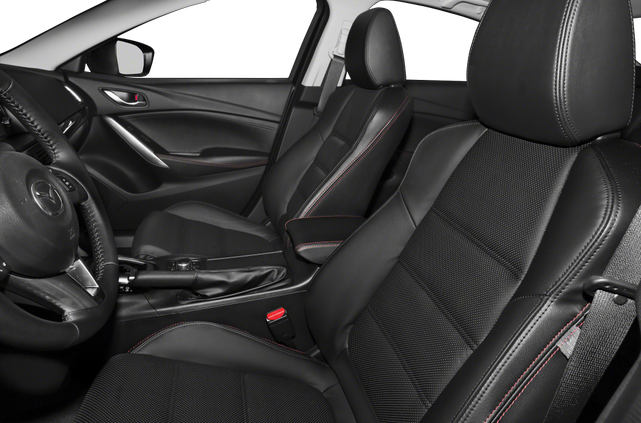 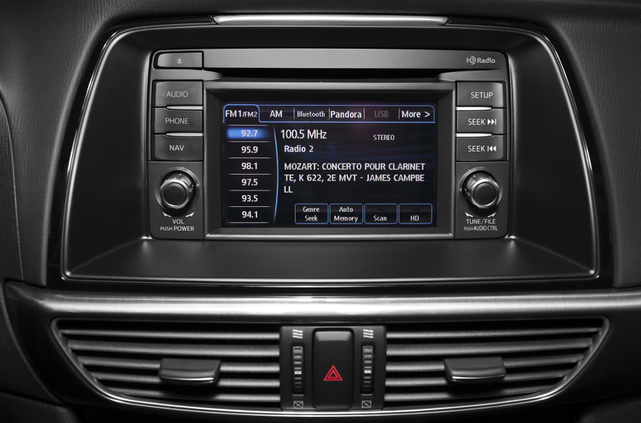 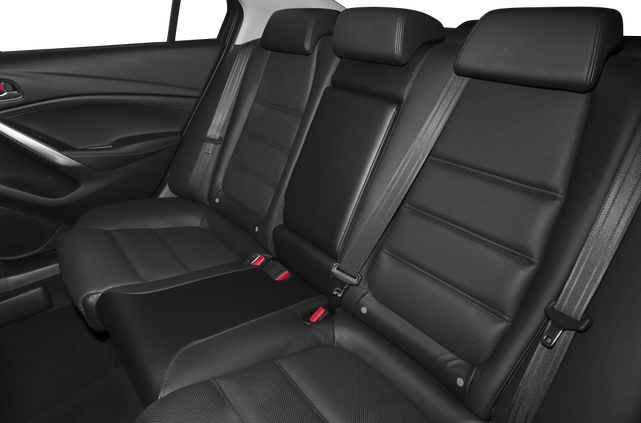 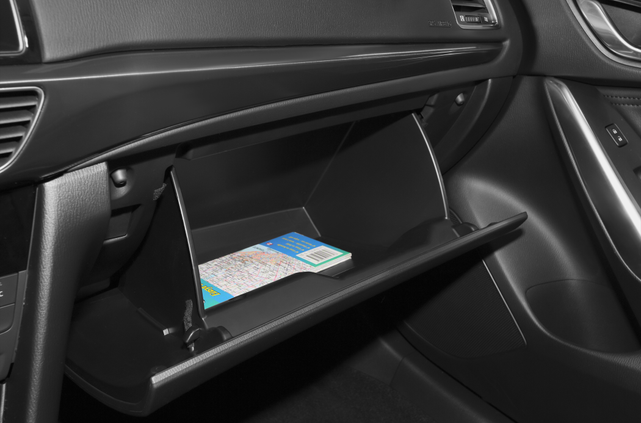 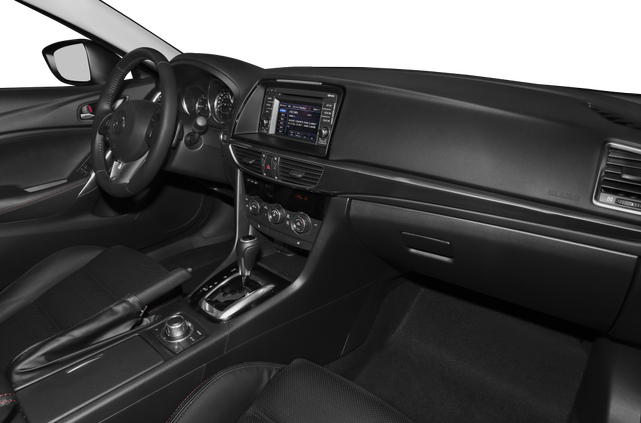 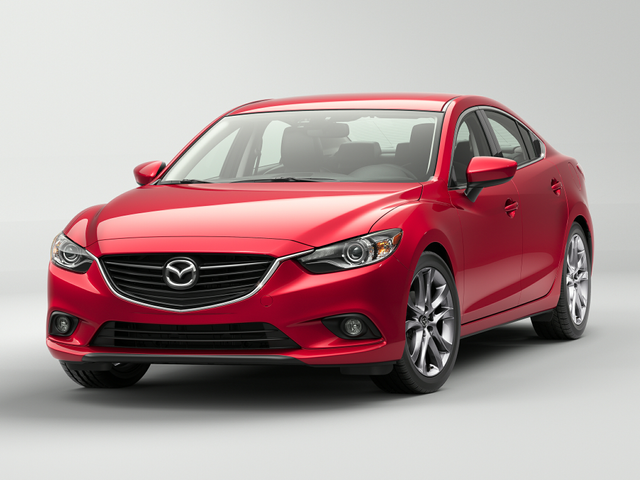 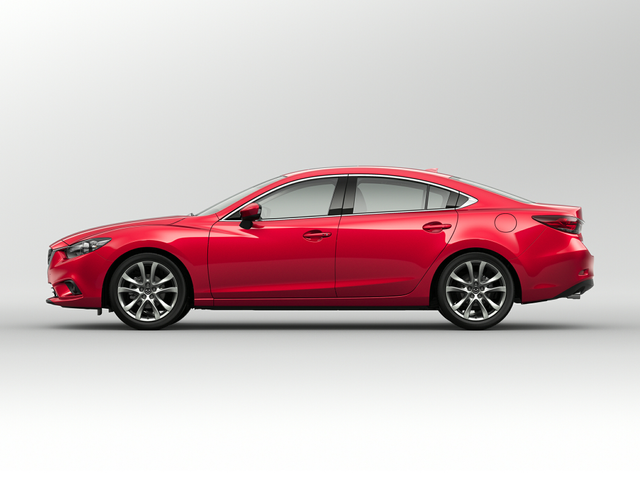 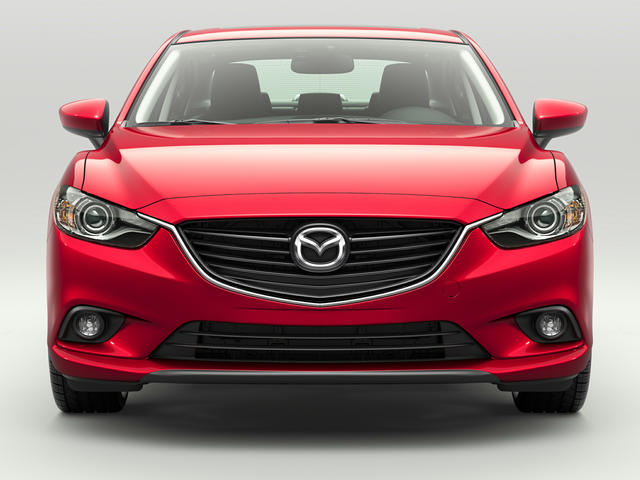 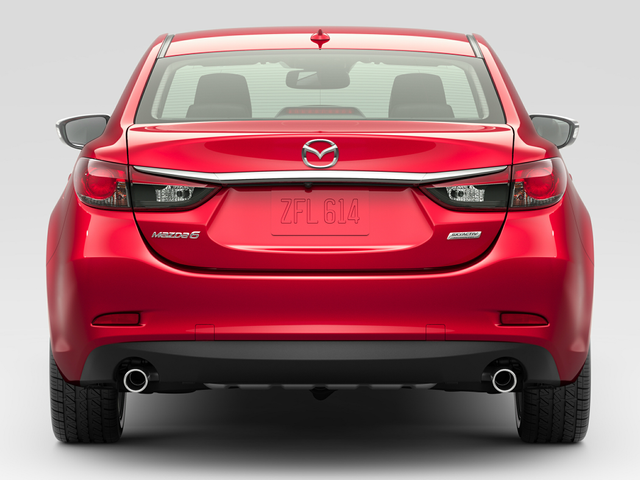 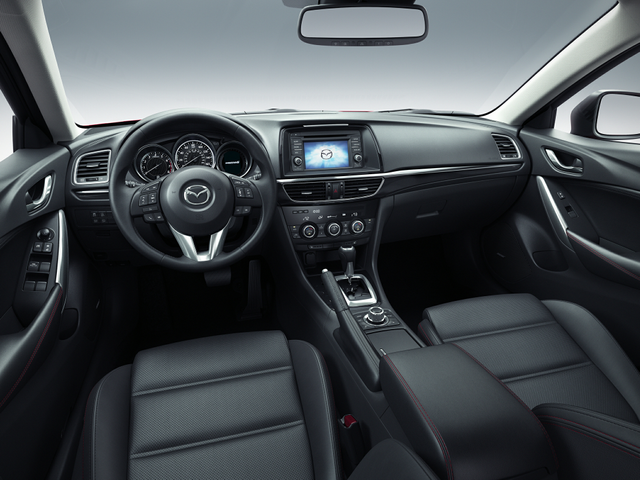