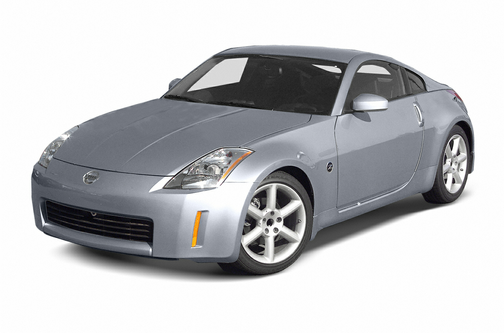 Our 2003 Nissan 350Z trim comparison will help you decide.

When Nissan reintroduced its fabled Z-car for 2003 as the 350Z, it did so to the collective anticipation of Z-aniacs around the country. They had long awaited its return and it was met, almost universally, with great response.

Yet amid that fanfare, a more subtle development was taking place at Nissan, in its elite Infiniti division.

There, the so-called FM (Front-Midship) platform that underpins the 350Z, was being tweaked to support two luxury cars: the G35 Sport Sedan and the G35 Sport Coupe. Together, the four- and two-door stable mates would win Motor Trend’s 2003 Car of the Year Award.

The challenge in building the sport sedan was less daunting, owing to the expectations of potential buyers. They would not be looking for sports car performance and handling and would be comfortable with a five-passenger car that exhibited a decent modicum of sportiness. BMW 5-series buyers, for instance, aren’t looking for all of the Z4’s compact and zippy attributes when they opt for those commodious conveyances.

The sport coupe challenge was tougher. Those buyers say, &quot;Give me four seats, but give me sports car essence.&quot;

Not an easy compromise and many 2-plus-2s have failed to hit that mark.

Yet Infiniti has done the meld seamlessly with the G35 Coupe, a four-seater with decent interior room, a real trunk, and the stiff spunkiness of a rear-wheel-drive sports car.

And they have tucked it nicely between the 350Z and the sports sedan in terms of power, size, and weight.

The engine, as the Midship-Front designation implies, is positioned as far back as possible for a front engine car &#151; behind the front axle, and is mounted low. It’s so far back that the weight distribution is 52/48 with a slight forward bias. This adds for great feel during hard cornering, rapid acceleration, and while making passing speed lane changes.

In addition, the G35s sit on about 8 inches of extra wheel base, adding yet more carving stability in hard cornering. To accommodate a rear seat and moderate trunk, the Coupe is about a foot longer than the Z, yet it weighs only a couple of hundred pounds more.

The Coupes come with either a standard 5-speed automatic transmission with manual option or, as tested, a 6-speed manual.

From the outside, particularly the front profile, up over the windshield, and across the roof, it looks very much like the Z. As its elongated fastback falls away, however, it takes on a look of its own, rounded and muscular to the Z’s chopped off, edgier rear.

That blend of sport and luxury carries to the inside, where gauges are back-lit in orange against a black panel. Climate controls on the center stack are all big and usable even by the ham-fisted. Same for the audio controls. An information center atop the center stack relays interior and exterior climate information and compass points. The steering wheel features audio and cruise control buttons.

The front leather buckets are thickly bolstered along the thighs and up the torso and grip passengers in hard driving. The rear seats are virtual buckets unto themselves and provide adequate room for adults and fine room for kids. I did find the button-controlled effort to move the front seats forward for rear seat access to be annoyingly slow.

On the road, the torque band seemed to run nearly ceaselessly from around 2,900 rpms to 6,000. Even in sixth gear, it would pull out to pass smoothly, quick y, and with a nice exhaust rumble. A downshift at speed from sixth to fourth turned it into a sizzling muscle car.

The manual transmission was fantastic, with a stubby stick lending clicking short throws.

In sixth on the highway, you could cruise as though in the sport sedan &#151; quietly, efficiently, smoothly. It sat virtually flat in lane changes and evidenced no dive when brought down from speed quickly. This trait was owing to its independent, multilink system, front and rear. It is tuned stiffer than in the sport sedan, just a bit softer than in the 350Z.

On smaller roads, including my favorite climbing S-curve, it seemed to understeer into corners a bit. But the great thing about rear-wheel-drive and power is that if you want control, it is possible to induce controlled oversteer coming out of the corners &#151; a fine touch in this car.

Sometimes, building a 2-plus-2 automobile is a cheap marketing cop-out. Other times, it is a direct hit combining a usable bit of sensible space with a car that remains a powerful sports car at heart.

Nissan has accomplished the latter.

Annoyance: There’s a tiny bin in the center console that appears to be an ash tray &#151; in easy reach. A larger, more useful bin is set about 9 inches behind that &#151; right where its cupholders and storage space are hard to reach from the seat.

This car met all of my needs for the time I had it. I would recommend d this car to a friend who needs a good cheap reliable car.

Lots of hp, fun to drive! It is a very strong car and shifts smooth for an 03'. Enjoyed owning it, just need something bigger for now!

The 350z is an out of the box performance sport coupe. Makes the commute fun again with excellent handling and thrilling acceleration. This rear wheel drive V6 puts the driver back in CHARGE! 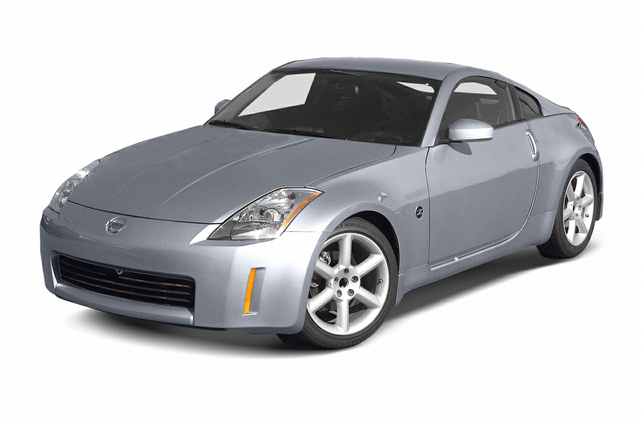 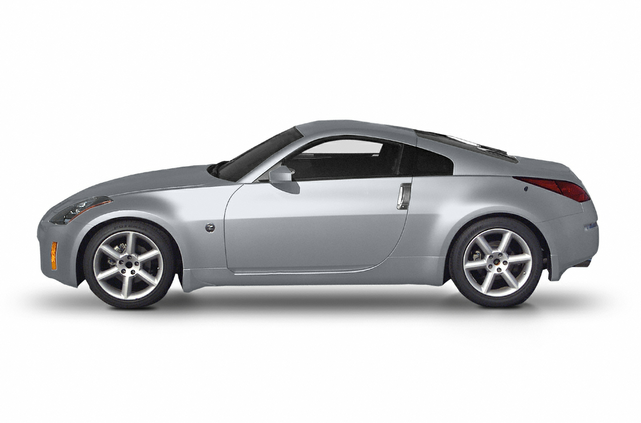 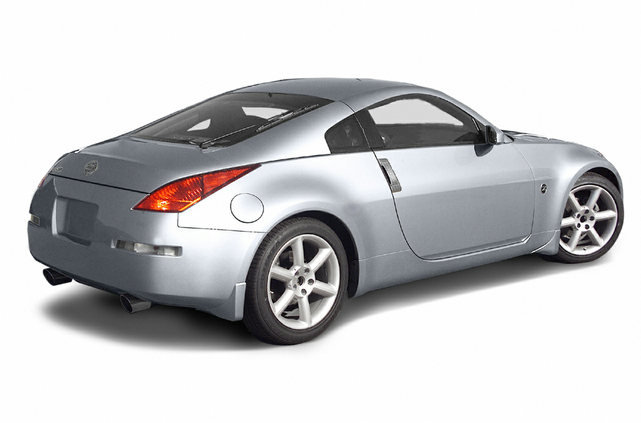 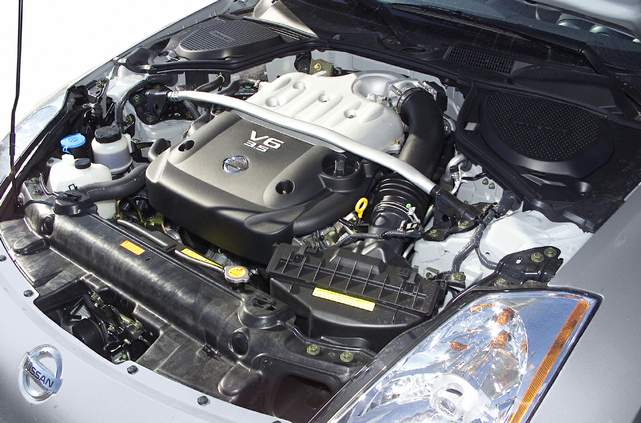 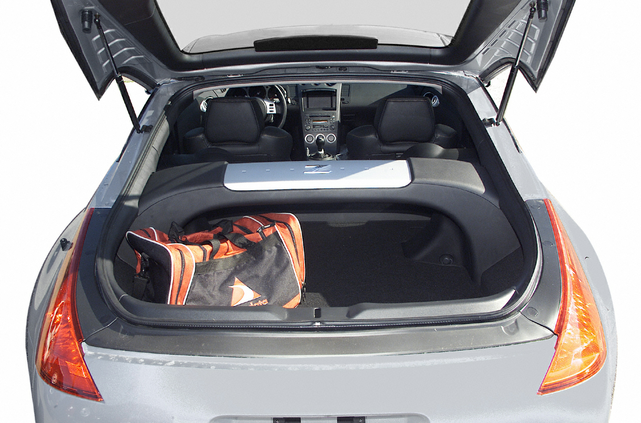 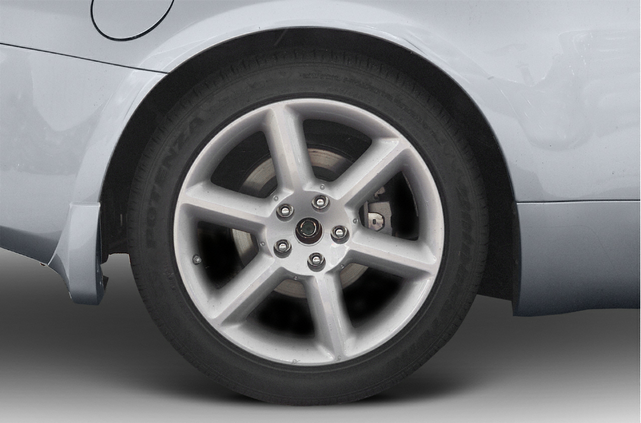 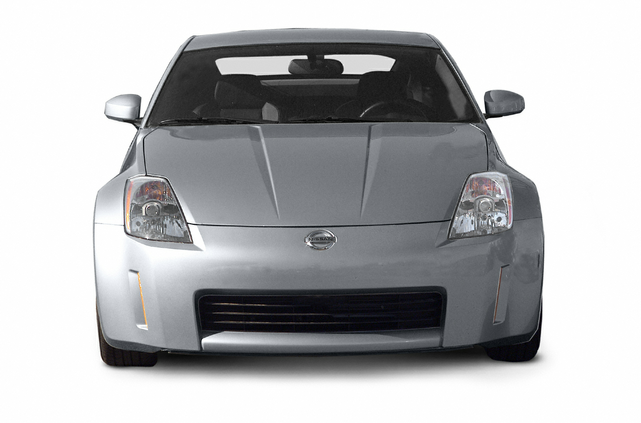 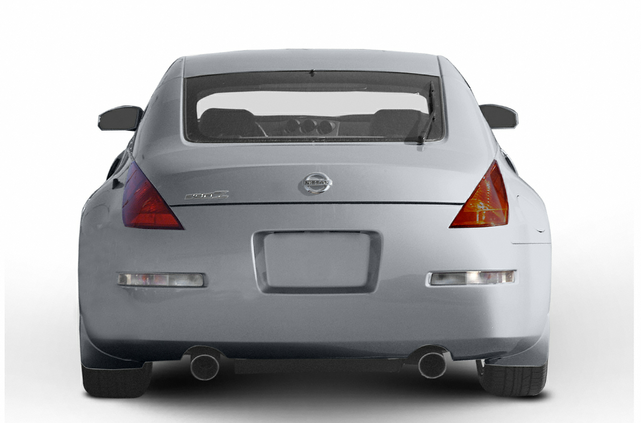 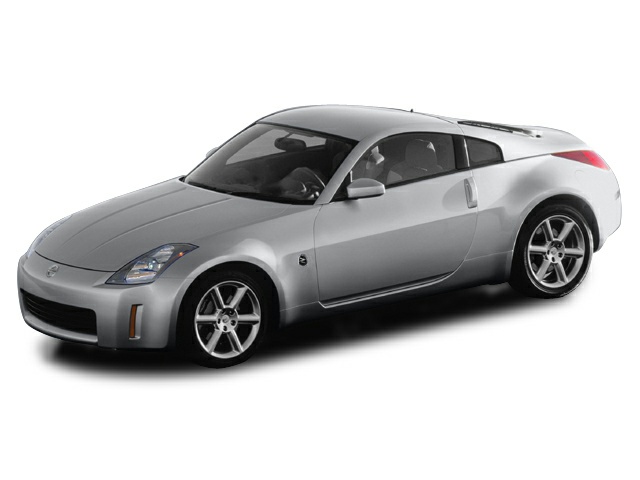 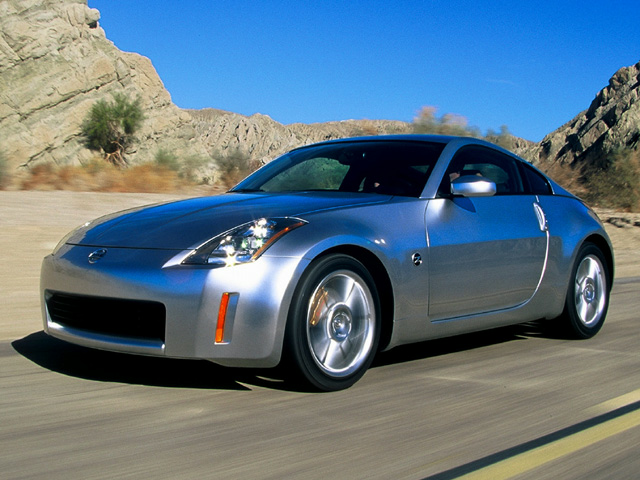 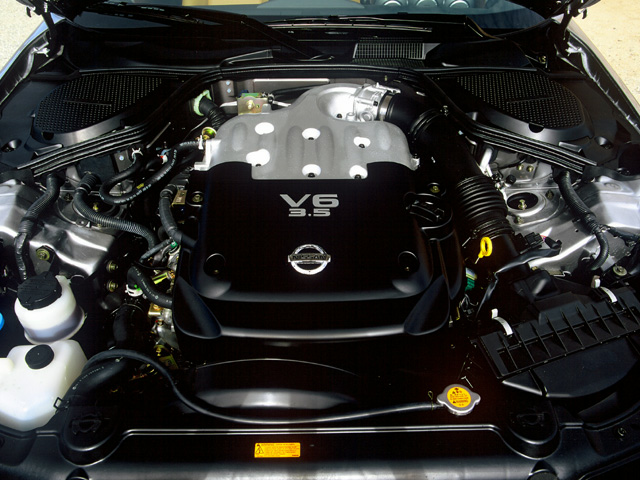 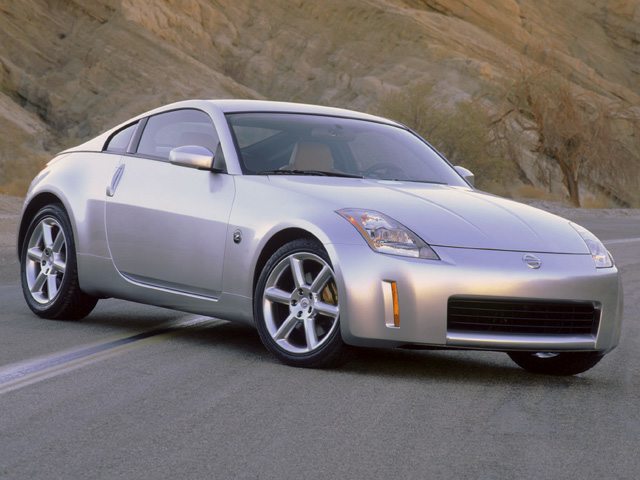 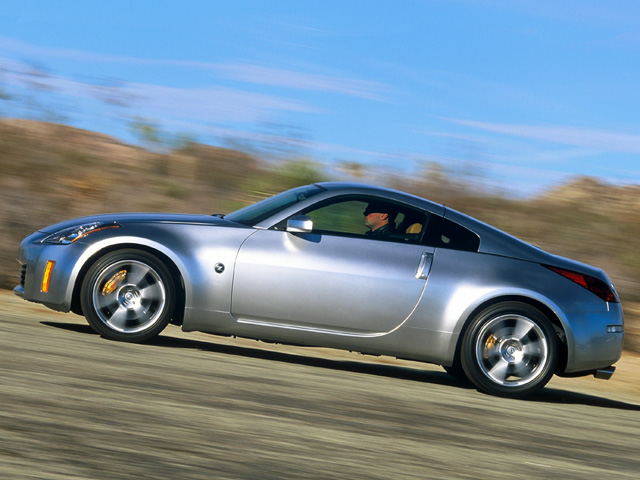 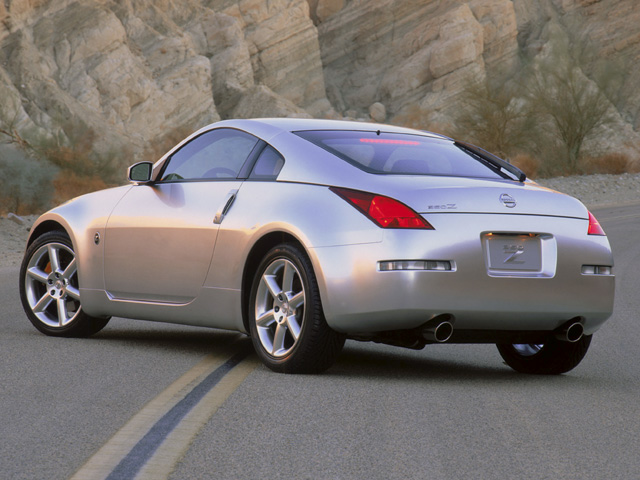 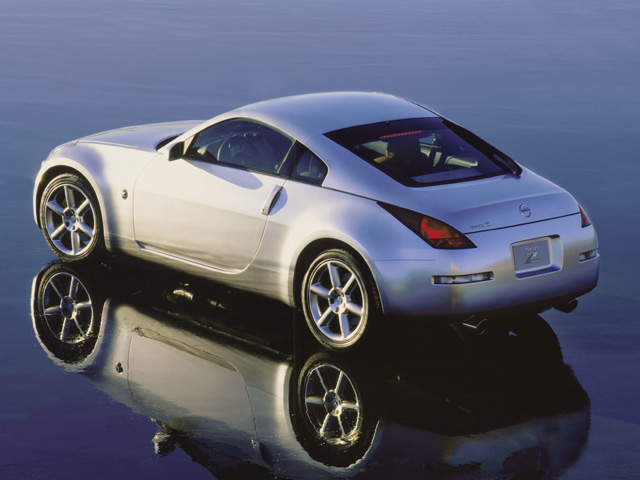 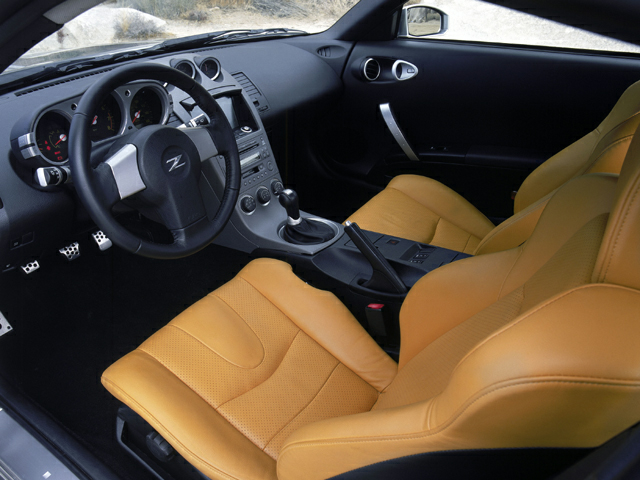 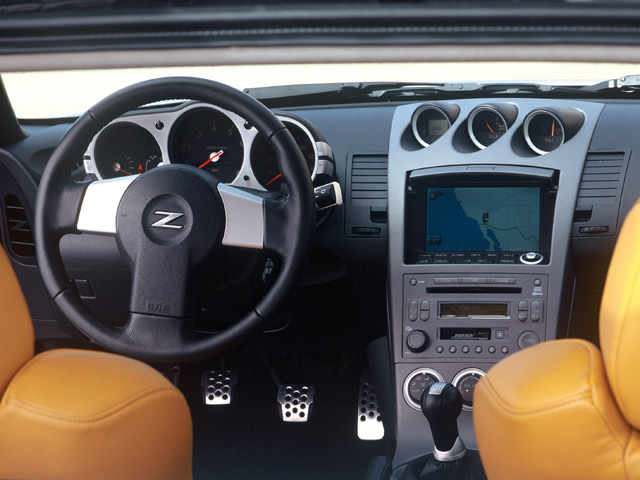 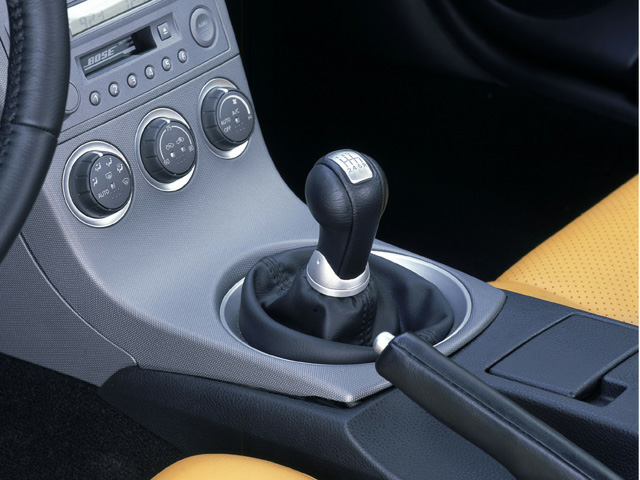 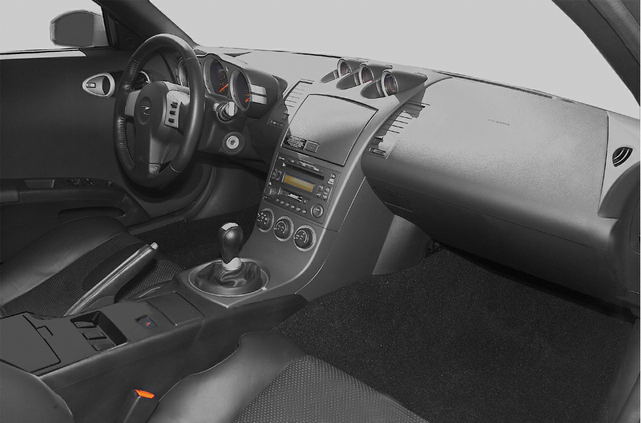 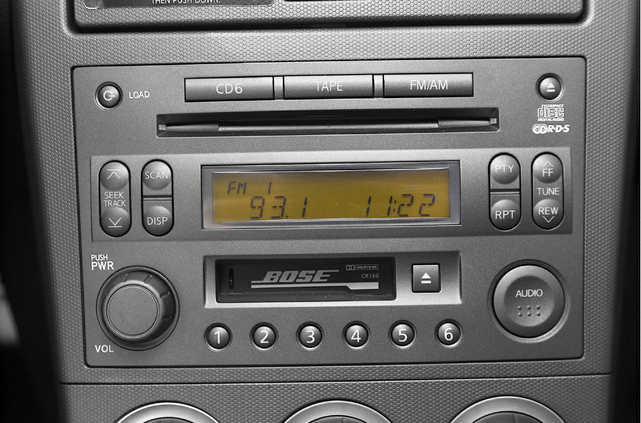 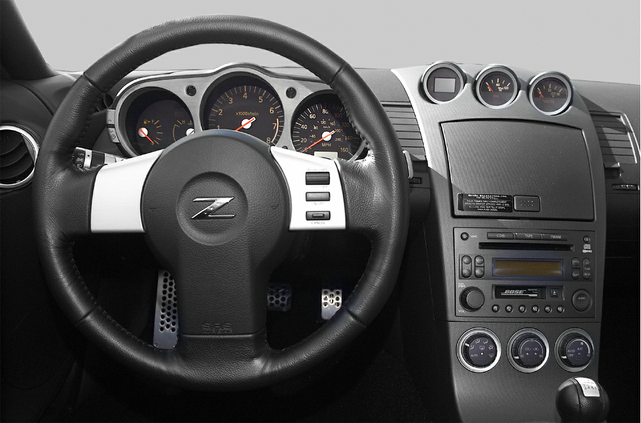 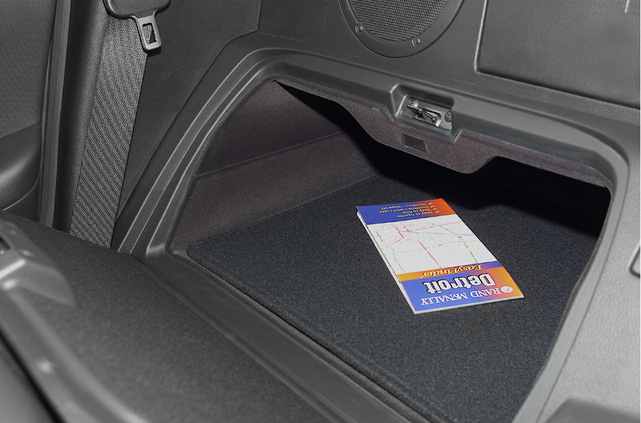 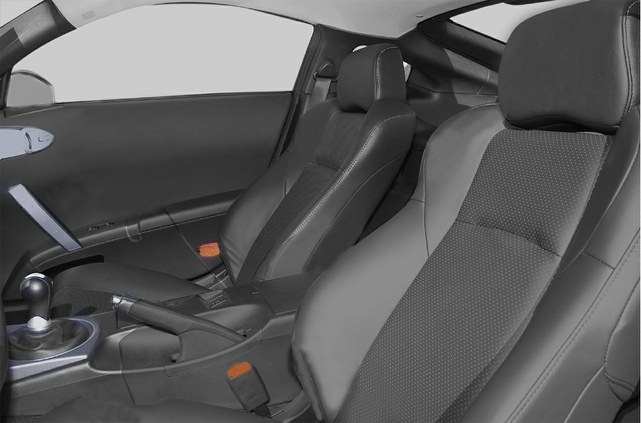 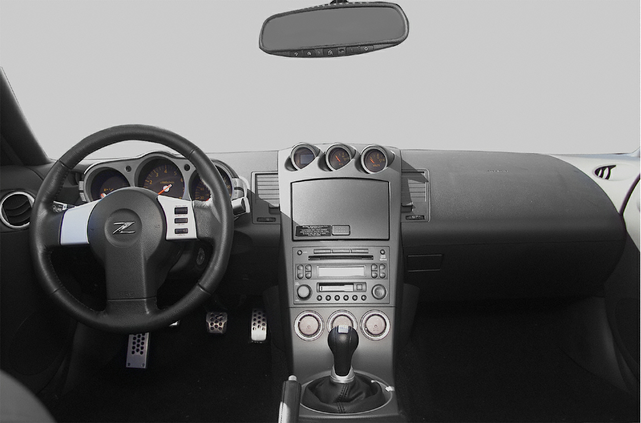