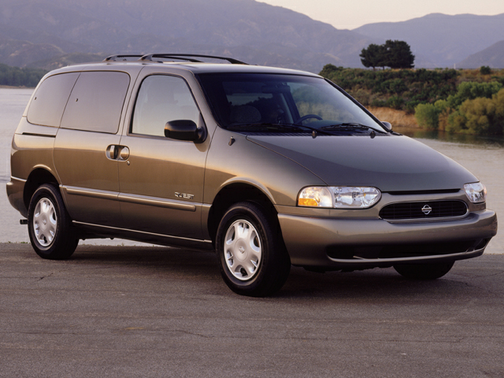 Our 1999 Nissan Quest trim comparison will help you decide.

The Nissan Quest and its sister minivan, the Mercury Villager, have lagged behind the groundbreaking Chrysler Corp. minivans in the past. But the all-new 1999 Quest makes up for the developmental delay by adding more cargo space behind the third seat, a more powerful engine and, finally, a standard driver-side rear sliding door.

Because the Quest is slightly smaller than some of the competition, Nissan likes to pitch it as a good alternative for small families and empty nesters who want space and a car-like ride. What did our soon-to-be empty nesters think of their $27,319 test vehicle?

She: We’ve got three months to go before No. 2 son is launched from the nest. So after he graduates from high school in May, do we reward ourself with a new Nissan Quest? Or maybe you’d better confess to our readers exactly how you put the Quest through its paces.

He: Oh, you mean by driving it to the Rolling Stones concert the other night? Isn’t that what all empty nesters do with their minivans? But it was during that long trip that I noticed how disconcerting the brakes felt on the Quest. There’s no progressive feel. You depress the pedal and feel like nothing is happening. So you end up standing on them. I almost crawled up the back of three other cars on the freeway before I got used to the idiosyncrasies of the Quest’s brakes. Not a reassuring feeling.

She: I had the same impression and it was tough to get used to. So strike one. The following morning, we went to get coffee and you were sitting in the front passenger’s seat. That gave you a great vantage point to notice the gaps in the trim on the instrument panel. As I recall, you didn’t think the Quest was up to snuff, especially since we had a Honda Odyssey minivan in the driveway that was really buttoned up well.

He: I don’t want to sound too negative. The new 3.3-liter V-6 is really a nice engine for this vehicle. It’s very peppy, and has 20 more horsepower than the old 3.0-liter unit. I also like the size of the Quest, which makes it a lot more maneuverable and easier to park than the Odyssey.

She: You don’t want to sound negative in the column, but you sounded negative at home. I was raving about that rather clever adjustable “Smart Shelf” located behind the third-row seat, which allows you to stack parcels. But because you did the grocery shopping this week, you got to give the Quest’s cargo hold the acid test and you weren’t convinced.

He: It wasn’t the groceries that I had trouble with, it was all those big shopping bags you filled at Hudson’s. To squeeze them under the parcel shelf, I nearly had to fold them in half. The ones that you filled right to the top, I finally had to just jam under the shelf. I suppose there’s a solution – keep you out of the mall.

She: I was just taking advantage of the February white sale. I can’t help it that we have a king-size bed and therefore need king-size sheets. But I’m only giving the Quest an average g rade because it’s not the best value on the market – just look at the Odyssey we’re also testing. You get more for your money – not to mention a minivan with a power driver-side sliding door and a third seat that flips into the floor. When all is said and done, the Quest isn’t bad, but as minivans go it’s, well – pedestrian.

He: I’d argue with you in one regard. There are going to be minivan shoppers out there who will find the Quest is just the right size. You can’t buy a short wheelbase Odyssey or Ford Windstar. Those bigger vehicles just aren’t going to work for some folks. If you don’t need the extra cargo space or people-carrying capacity of the Odyssey or Windstar, then the Quest makes a lot more sense. In that respect, I don’t think it’s a bad value.

She: One other thought – and that’s safety. When we reviewed the Quest’s sibling recently, we knocked it for not having optional side air bags or traction control, features you can get on minivans such as the 1999 Win ar. Same goes for the Quest. In short, consumers get a better Quest, but one that still leaves room for improvement.

Wonderful van. My husband and I bought this new. We have enjoyed taking our 3 grandchildren places with us. I would buy a new one. But this one is still running great.

This car, for the past several years now, has been in and out of the mechanic's garage. All of the major (and expensive) parts have just about been replaced on this car, I might as well have a new van by now. Unreliable

Have had a '93 (143K when sold) and a '99 (101K now). A landlord, am able to haul tools and drywall or snowblower when needed. Van is great in snow. Also, rear window pops up from gate, so ladder hauling in interior is no problem. Able to drive to my office job, hauls clients without truck-stigma. Gets 20mpg. With leather, can haul spouse and dogs/easy cleanup. Very versatile, great all around. However, am kinda nerdy and never understood the must-have-an-SUV-thing. Don't put cheapest brake rotors on front, van is heavy and will warp them. Buy better quality rotors, much cheaper in long run and less annoying. Other than that, the only wierd thing is that carbon deposits have built up on the intakes of both the 93 and the 99. Although they say not-to (in the Haynes manual), I cleaned it with choke cleaner and the gas pedal loosened-up. 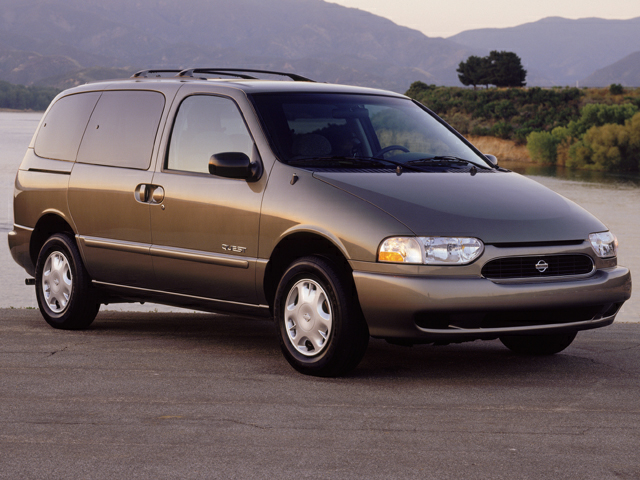 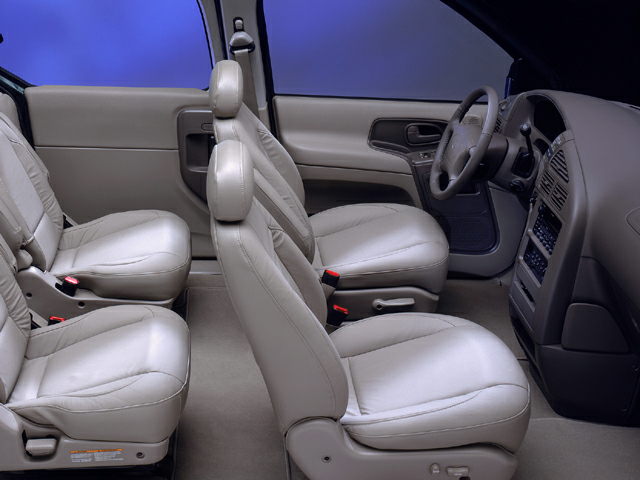