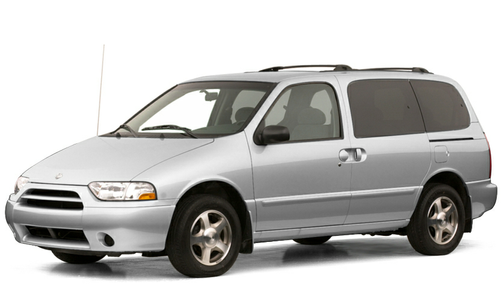 Our 2001 Nissan Quest trim comparison will help you decide.

NISSAN QUEST IS IN A TOUGH LEAGUE

When it comes to minivans, Nissan sales have never been able to approach the volume of market leaders like Chrysler, due more to the tough competition in the minivan segment than to any real shortcoming of its product.

A central reason: Nissan not only faces competition from Dodge, Honda, Kia, Chevrolet, Oldsmobile, Pontiac, Mazda, Toyota and Ford, but from Mercury, which sells a near-identical version of the Quest, called the Villager. The twins were designed by Nissan and are assembled in a Ford plant in Ohio, using mostly Nissan parts.

This odd partnership will continue through the 2002 model year, after which the relationship dissolves. Expect an all-new Nissan Quest in 2003, likely as a 2004 model.

Until then, if you need a smallish front-wheel-drive minivan, the Quest is well worth a look. It underwent a major makeover in 1999 and has remained relatively unchanged since. The only available engine is a 3.3-liter, 170-horsepower V-6, mated to a four-speed automatic transmission.

Upgrade to the midlevel SE and you get all that plus a compact disc player and steering wheel-mounted audio controls, rear air conditioning, fog lights, a roof rack, and a slightly stiffer suspension, with bigger tires. Of the three models, the SE is the sportiest.

The luxury model is the GLE, which was the test vehicle. That package adds equipment such as leather upholstery, heated power front seats and an in-dash, six-disc CD changer. The SE’s stiffer suspension isn’t included.

Outside, the Quest is handsome but moderately generic. With an overall length of 194.6 inches and a width of 74.9 inches, it’s 5.6 inches shorter than a Honda Odyssey and 1.4 inches narrower.

Inside, Nissan makes very good use of the available space. Front seats are supportive, and the two second-row captain’s chairs (the GXE has a two-passenger bench seat available) are comfortable. The three-passenger third-row seat is best left for kids or small adults, especially for long trips.

With that third-row seat in place (second-row seats are removable, and the third-row seat can fold down and move forward on rails), there isn’t much room in the back for groceries or luggage, but the Quest’s adjustable rear shelf makes good use of what space there is.

On the road, the Quest’s smaller size makes it more maneuverable than some of its competitors. The ride is supple, just slightly jarring on uneven pavement.

The Quest GLE weighs in at just over two tons — about average for this market segment — and though the 3.3-liter V-6 is willing, it will win few drag races. The 3.0-liter V-6 in the Toyota Sienna, for example, has 210 horsepower, 40 more than the Quest. Even so, Nissan claims the Quest can tow a 3,500-pound trailer. Also a problem for Nissan: Side air bags and power-operated sliding doors aren’t available, as they are on some other minivans.

The Quest is pricier than some of the competition, offset for 2001 by the availability of a $1,299 optional kid-oriented “Family Entertainment System” that is included for free on some models. At least seven Quest GLEs and SEs on the lot at a local dealership had the free system installed.

It consists of a 6.4-inch color TV screen just behind the front seats that flips down from the roof, and a video cassette player hidden in the center console between the front seats. There’s a rear-seat remote control, so parents need not be bot d. It works quite well (all the rear windows are tinted, so the screen is easy to see), and should serve as a very effective baby sitter.

If you don’t need the GLE’s leather and simulated wood trim or its other luxo-features, you can find a well-equipped GXE for about $4,000 less. And because all the Quests have the same engine and transmission, performance is about the same for all models.

There’s plenty to like about the Quest, not the least of which is the fact that Nissan stores, well aware of the competitive minivan market, are ready to deal. If you don’t need a big minivan like the Odyssey or Ford Windstar, it’s worth your attention.

My dad bought this car in 2000. We used it for nearly 7½ years before selling it in 2008. It was a very comfortable vehicle to ride and was great for long distance travel.

A nice solid car all around/

Very reliable and solid car. Not any major work was done to the car and was well maintained. This car will run for another 50k miles.

I just got rid of one of these vehicles after 5 years of owning it. I had nearly 300,000 miles on it and was still in pretty good shape. I plan to purchase a newer Quest. I loved driving it. The only regret I have is not listening to my Mechanic when he told me that my Engine mount was broke and I should fix it(don't surprise me, I drive in and around Chicago, their streets will tear up any vehicle). The Engine mount being broke led to some exhaust problems and I drove this van for over 50,000 miles with the engine light on. This vehicle was still running(it was just loud) when I sold it to a Mechanic that knocked on my door(a friend of my neighbor's) to inquire about it because it had been sitting in the driveway for a couple of months. I've driven a lot of vehicles, but my next purchase will be another Quest. I really like the newer body style of this model. 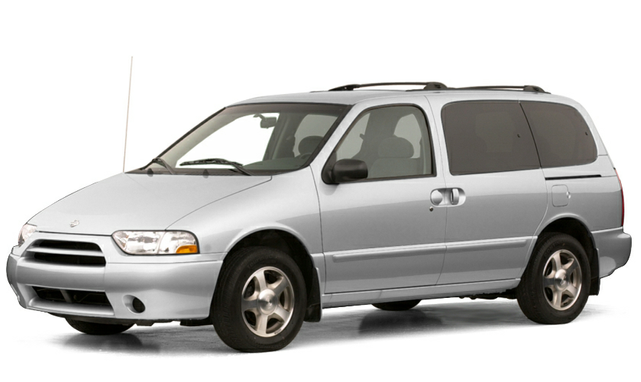 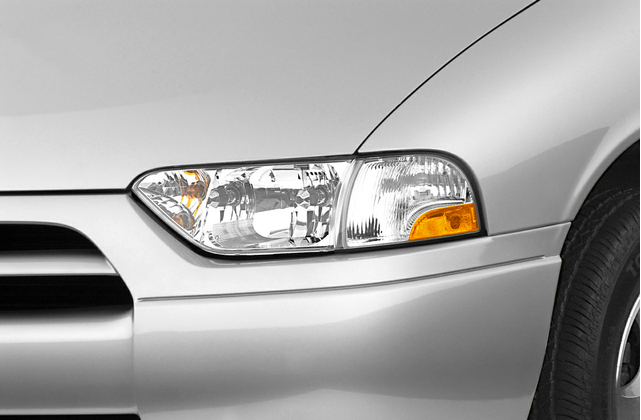 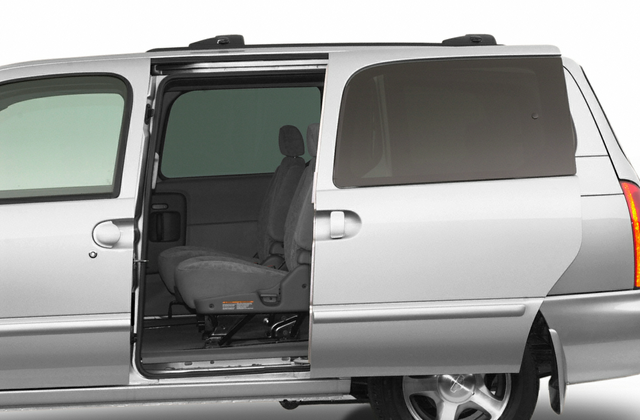 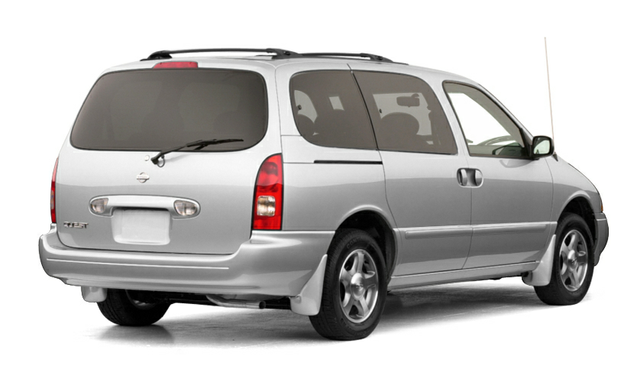 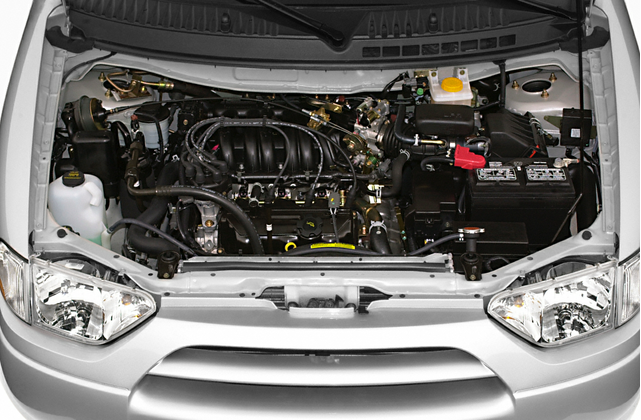 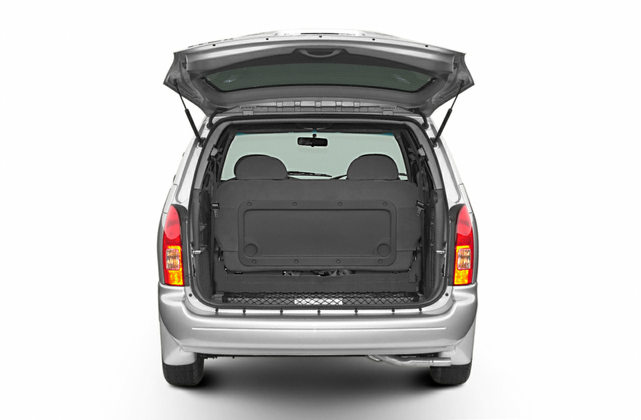 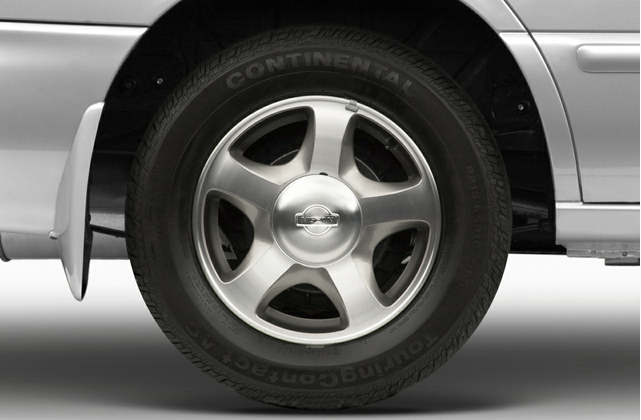 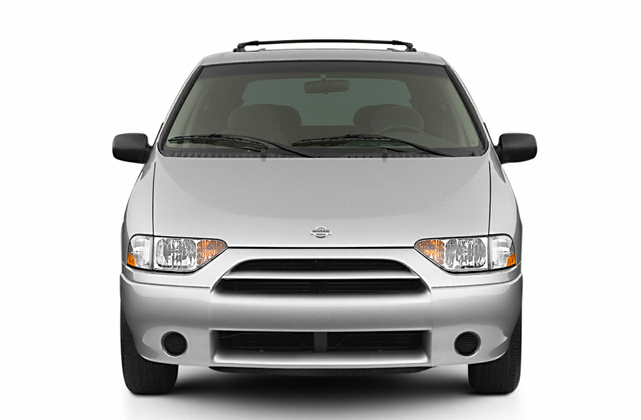 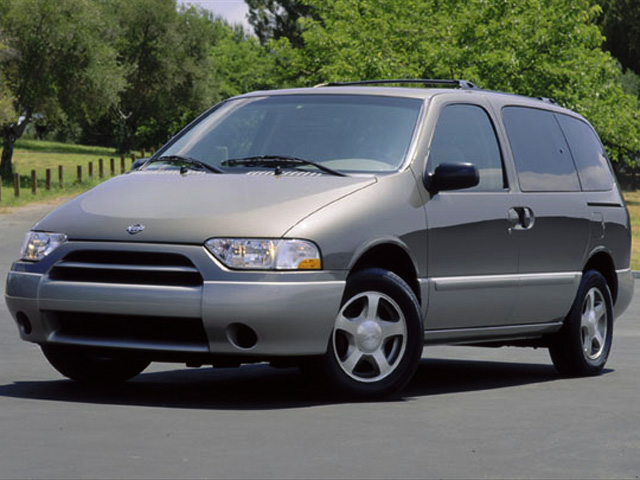 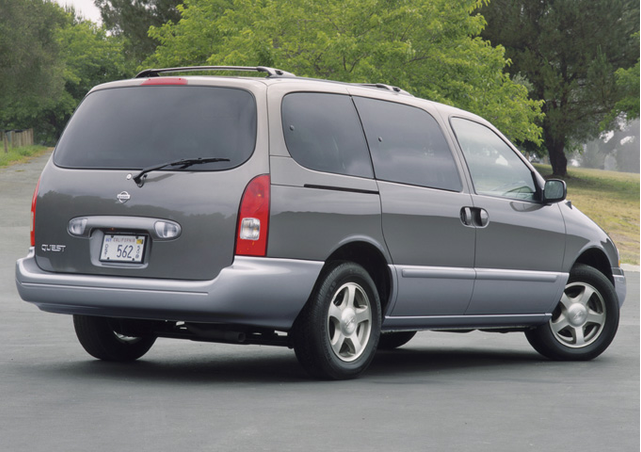 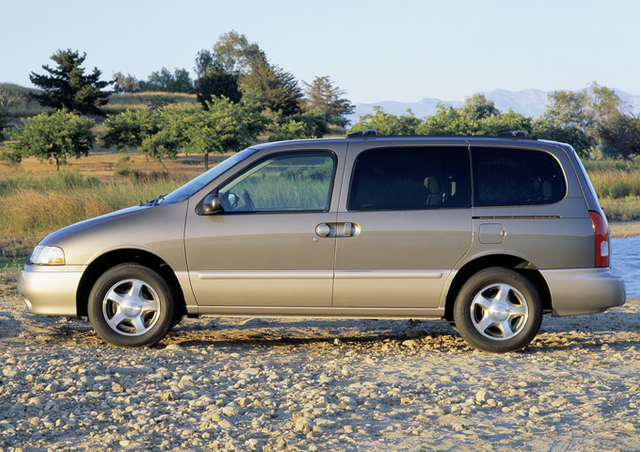 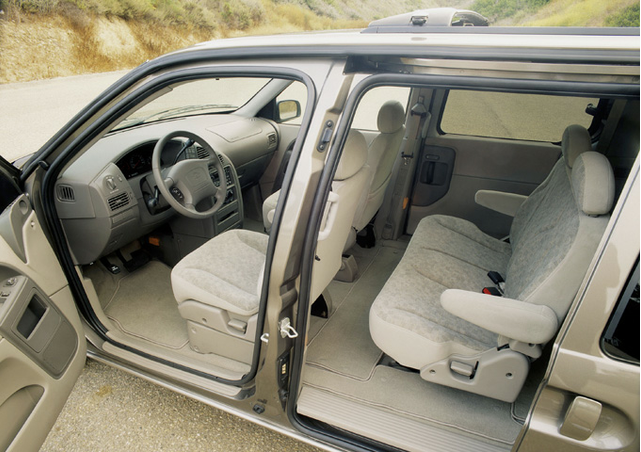 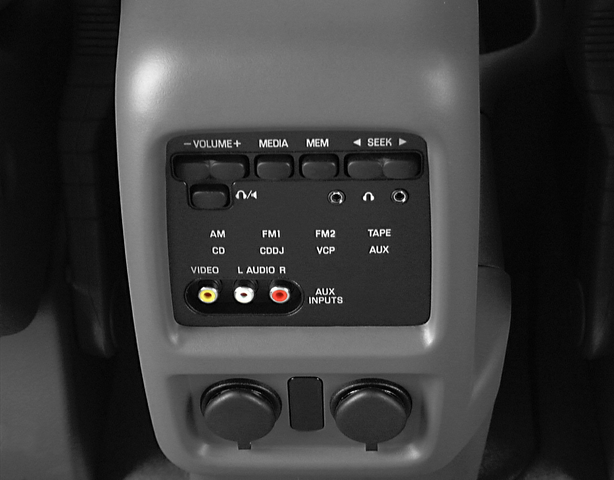 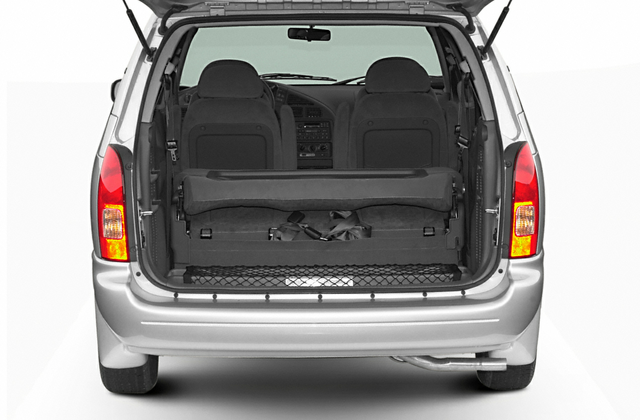 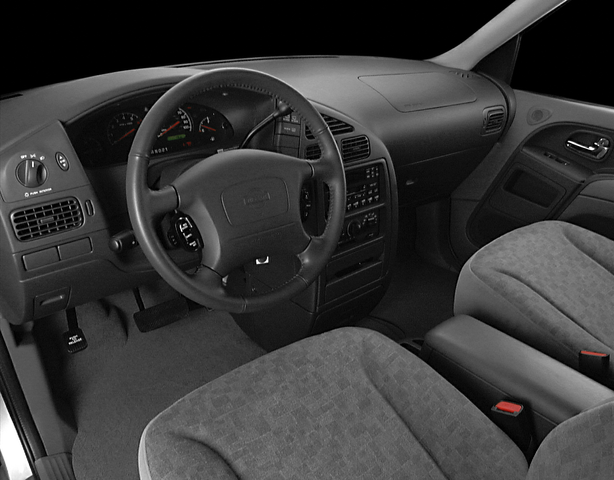 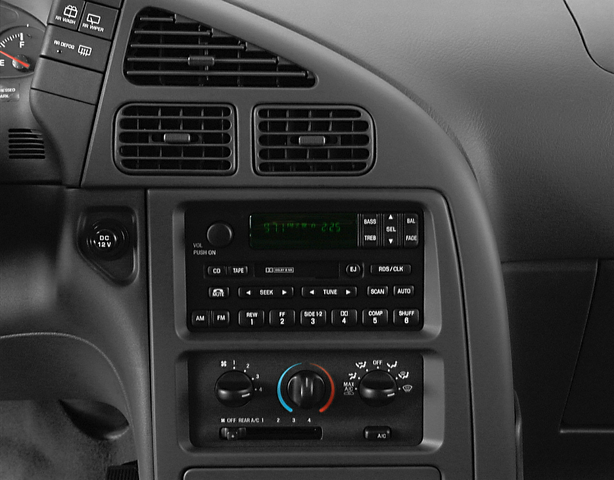 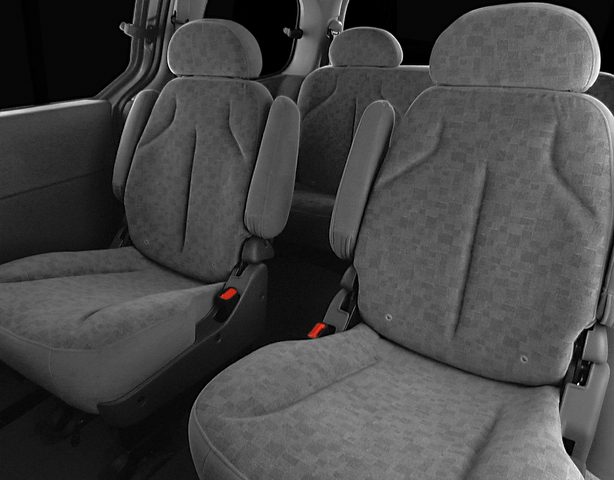 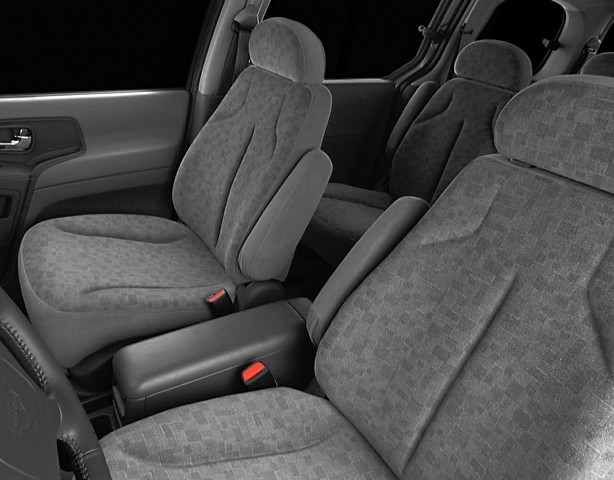