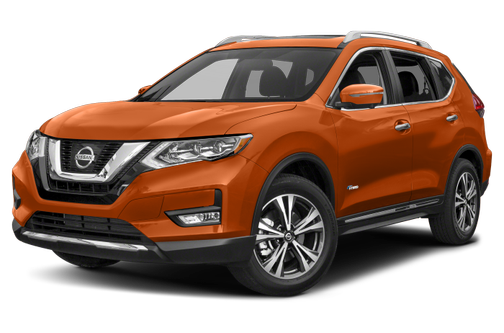 Our 2017 Nissan Rogue Hybrid trim comparison will help you decide.

Nissan gave its popular Rogue SUV a slew of updates for 2017, including a new hybrid variant. The Rogue remains one of the few compact SUVs to offer a third-row seat, which increases seating capacity to seven. Nissan says the 2017 Rogue will hit dealerships in early November, while the Rogue Hybrid, which is two-row only, will go on sale by the end of the year.
ExteriorWhen Nissan slapped its “V-motion” grille on the redesigned Maxima and Murano, then added it to slew of refreshed models, it was only a matter of time before the Rogue got the same. It’s wider than the previous (and already V-shaped) unit and the grille overtakes more of the nose, with framework that extends farther down the bumper. The headlight bezels are now more clearly defined, while the arrow-shaped LED accents are more restrained. The fog lights sit in new, L-shaped insets.
Less has changed in back. The bumper has taller cladding and the taillights are a bit darker, but other elements are otherwise unchanged. The available power liftgate now works with motion activation.
InteriorThe cabin gets a racier steering wheel and new, stitched accents on the passenger-side dashboard and around the gearshift. The shifter adds a leather boot, too. The available leather upholstery can optionally come with quilted inserts.
The second row folds in a 40/20/40-split fold. In models without the optional two-seat third row, Nissan offers a cargo-organizing system with 18 adjustable variations. The Rogue Hybrid lacks the cargo organizer or third row, and its backseat folds in a 60/40-split.
The center controls carry over. A 5-inch center display, Bluetooth phone and audio streaming, USB port and backup camera are standard. Options include dual-zone automatic climate control, a power driver’s seat, 7-inch touch-screen with navigation, a 360-degree camera system, keyless access with push-button start and Bose premium audio. New options for 2017 include a heated steering wheel and memory system for the driver’s seat. Apple CarPlay and Android Auto are unavailable, however.
Under the HoodThe Rogue’s standard drivetrain remains a 170-hp, 2.5-liter four-cylinder that pairs with a CVT. The Rogue Hybrid combines a 2.0-liter gas engine with an electric motor, which draws power from a lithium-ion battery, for a total 176 hp. Both powertrains offer front- or all-wheel drive.
Nissan estimates the non-hybrid Rogue will earn combined EPA mileage in the high 20s, while the Rogue Hybrid will get 34 mpg combined with front-wheel drive and 33 mpg with all-wheel drive — the latter figure matches Toyota’s all-wheel-drive RAV4 Hybrid.
SafetyThe Rogue now offers forward emergency braking with a pedestrian-detection function. Lane departure and blind spot warning systems are also available, as is adaptive cruise control.

Great car all around

It is rare to find a nice awd hybrid. This car is great in all weather and all terrain and is better for the environment than most alternatives.

We have decided based on looks and interior comfort (in comparison with Toyota RAV Hybrid) to give Nissan Rouge Hybrid a shot. Rouge is a second hybrid technology attempt by Nissan. They had Altima Hybrid model few years back - which was according to many car experts a complete failure. After owning this SUV for 2 years - I am sad to report that 2017 Nissan Rogue Hybrid SL AWD is also complete failure when if comes to performance. 2.0 4 cylinder engine is too weak for this SUV and additional electric motor is not providing sufficient support, so you constantly feel under-powered. Main point of getting a hybrid would be gas savings, but even in this department numbers are very disappointing. Average gas mileage since new (32,000 miles) 25 MPG !!! You can reach 30 miles per gallon only on absolute flat terrain, hypermiling... This is not a cheap vehicle. Do not waste your money - look somewhere else. I test drove Honda CRV AWD with 1.5 L turbo engine at the time and I regret not buying it. According to all review this SUV (less expensive with better reliability) is getting much better gas mileage and is actually fun to drive.

It's just the right size, has very comfortable seats and is loaded with technology! I recommend it to the hybrid lovers . I had 37 mpg gas mileage! Above average and I drive back and forth to work 70 miles a day

All model years for the Nissan Rogue Hybrid 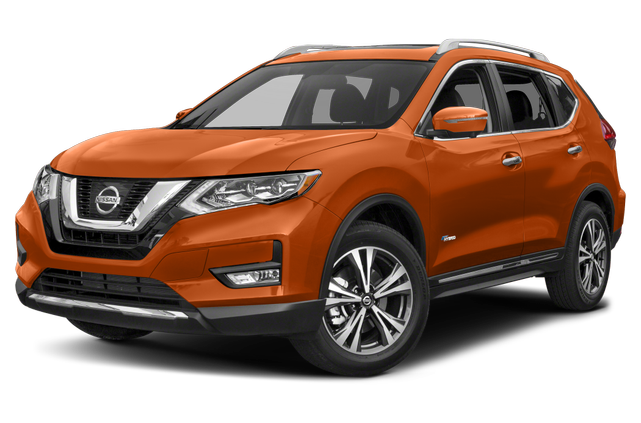 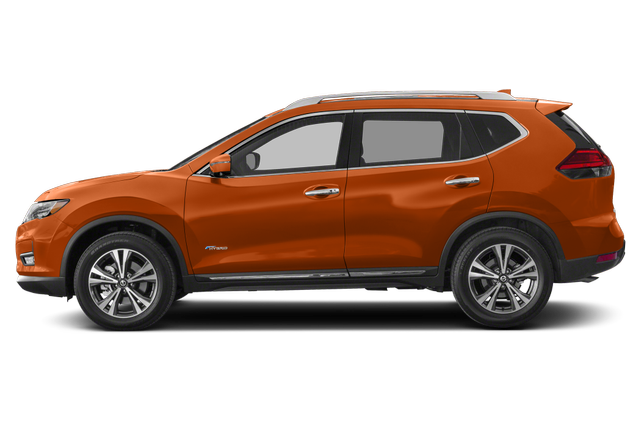 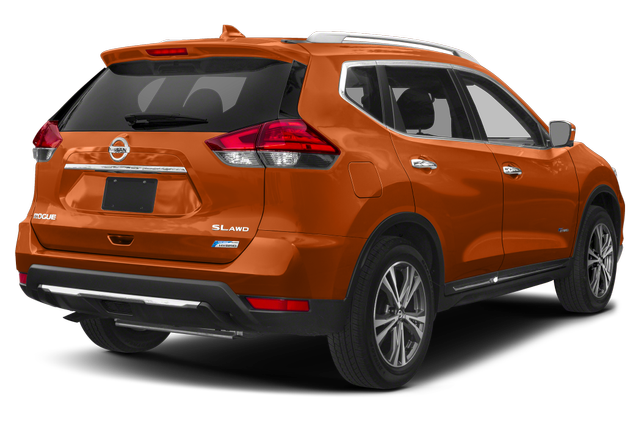 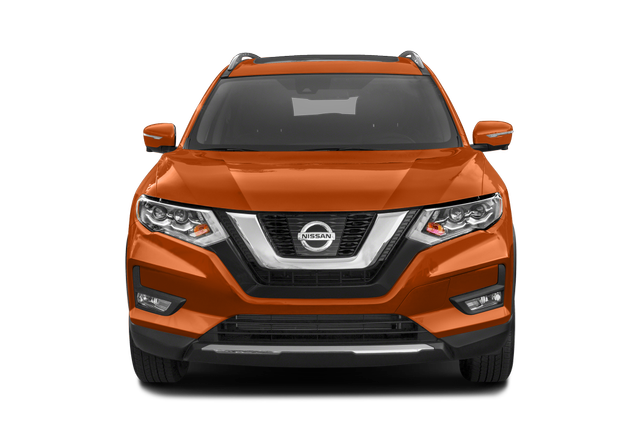 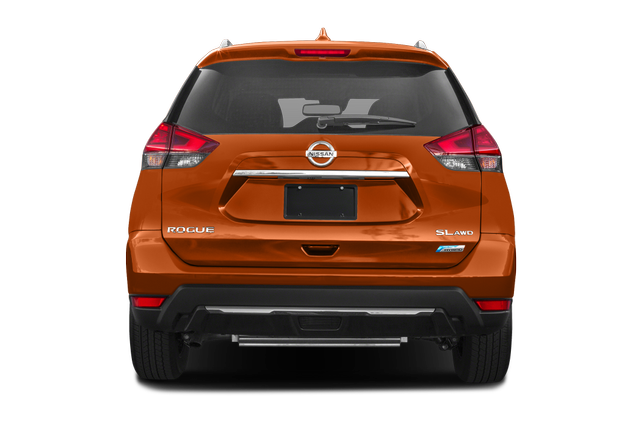 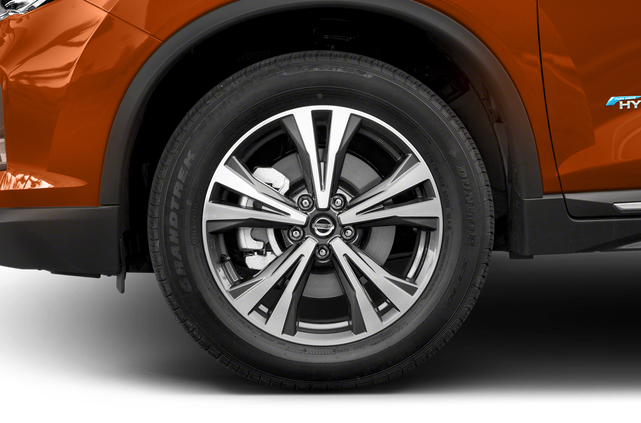 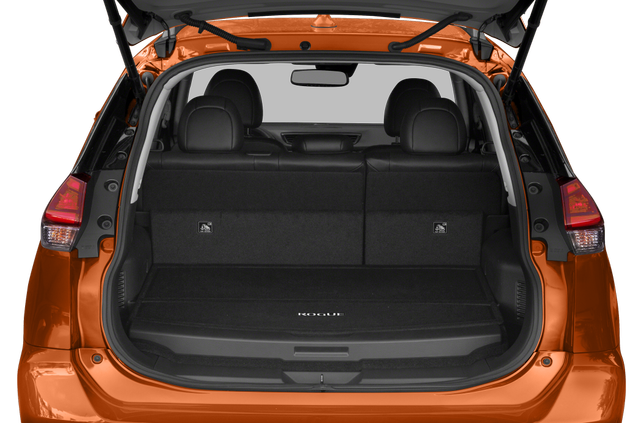 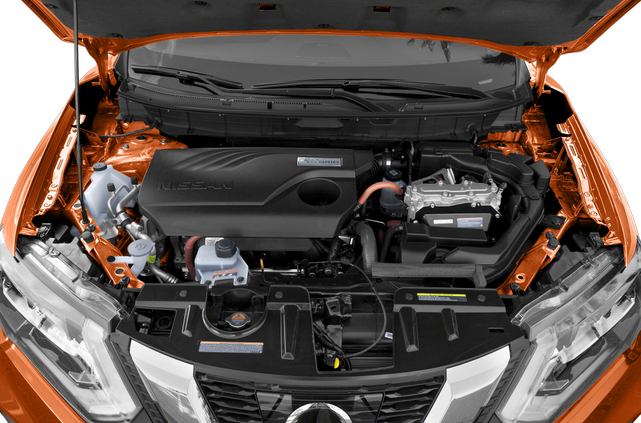 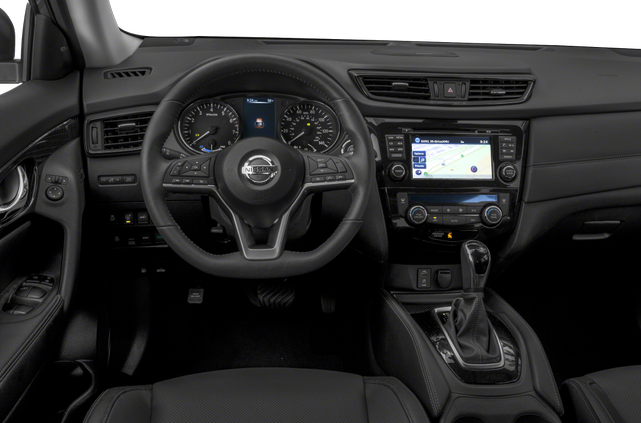 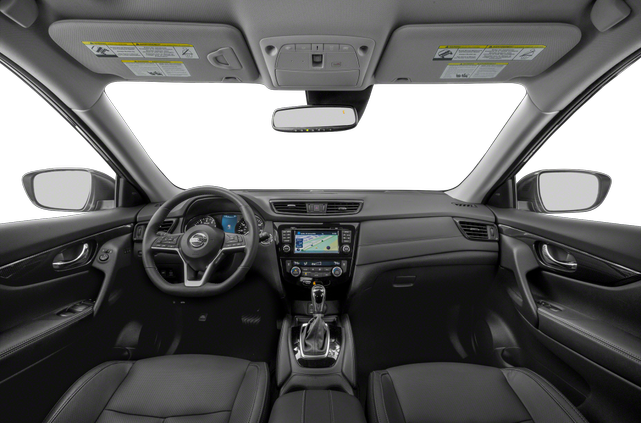 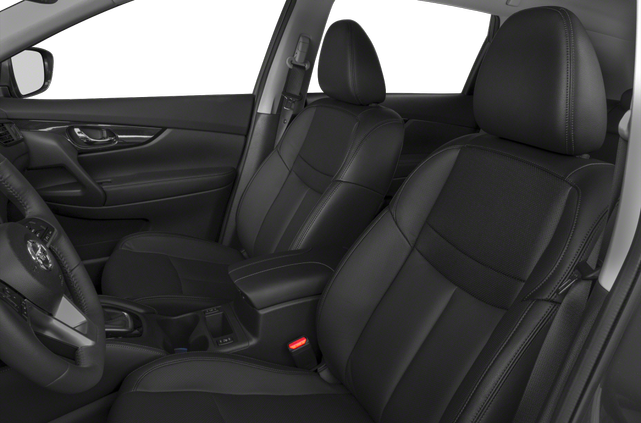 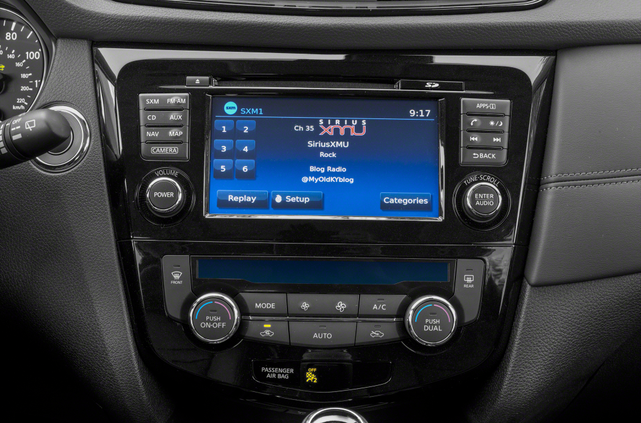 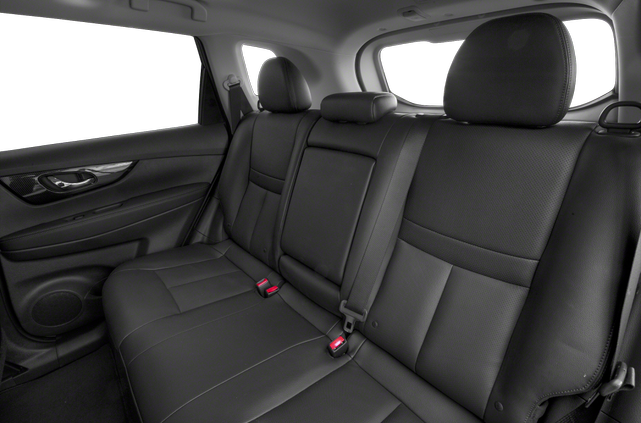 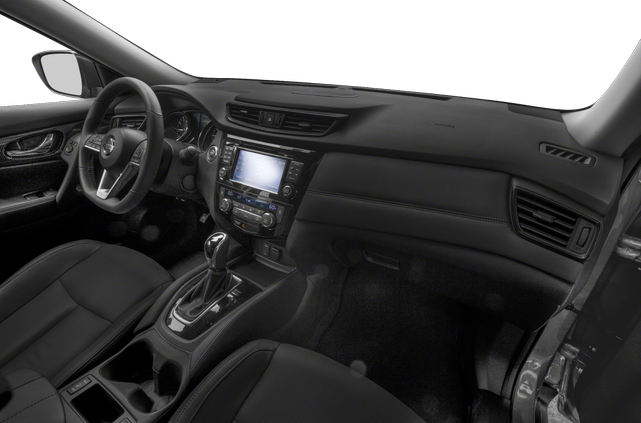 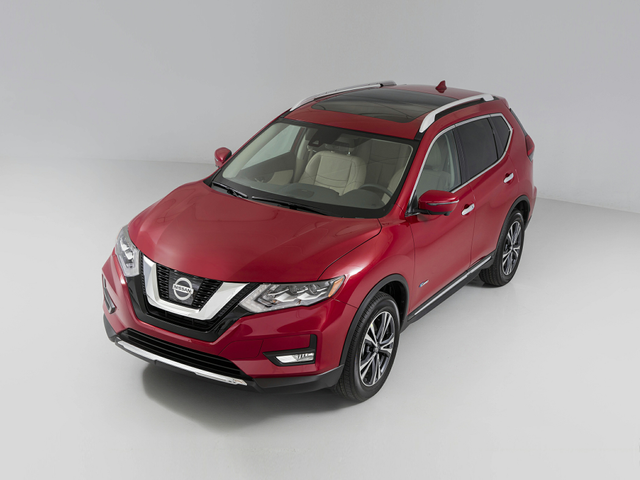 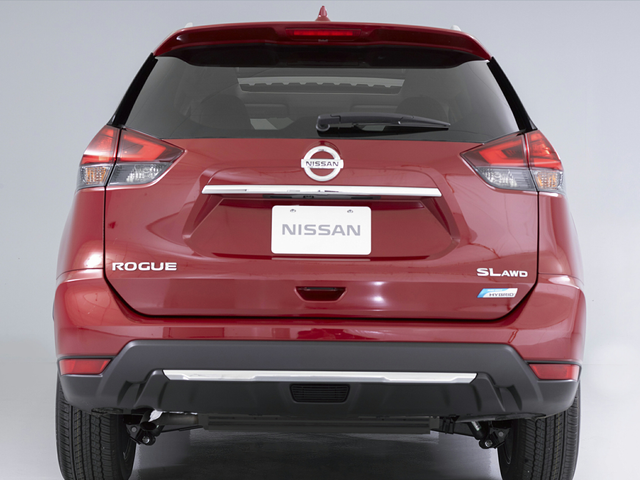 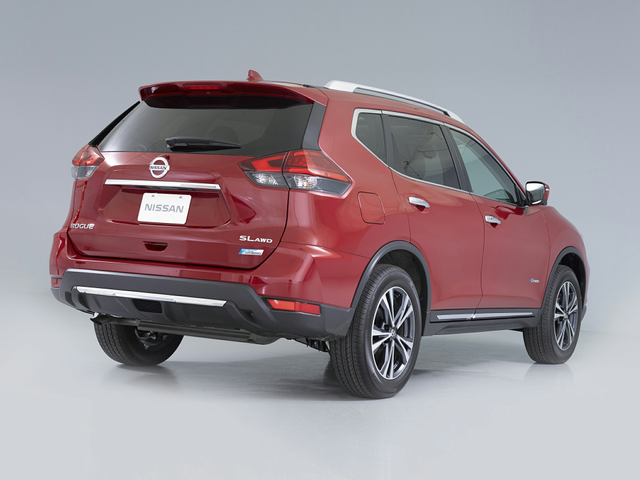 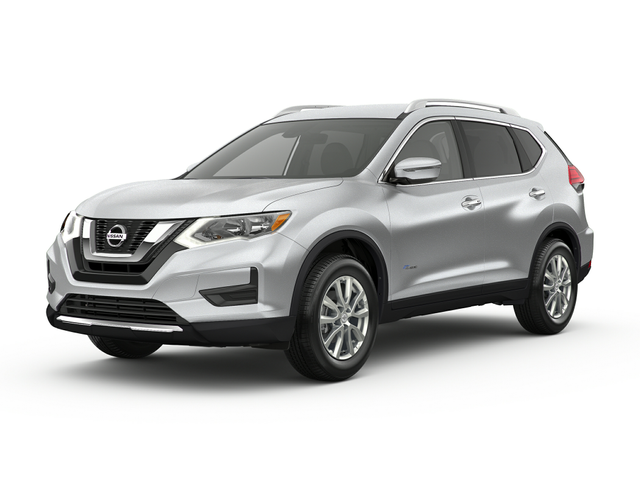 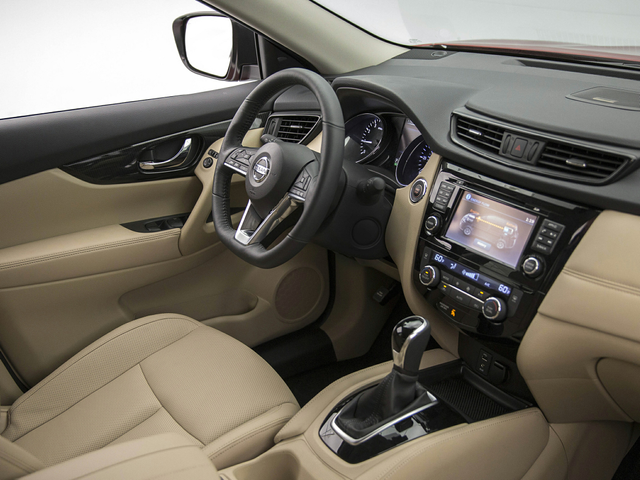 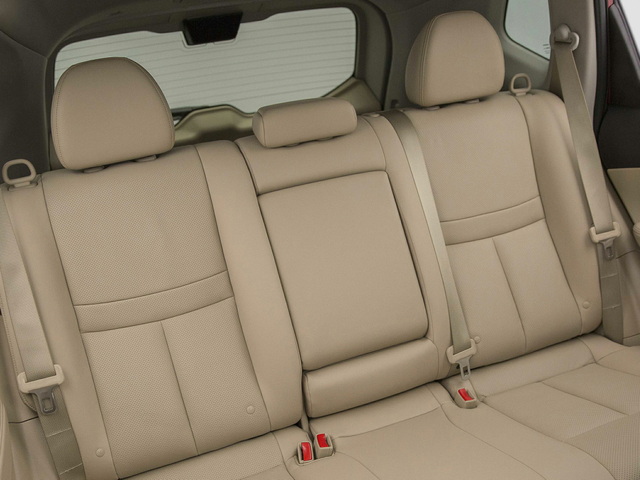