Our 2008 Nissan Versa trim comparison will help you decide.

At first glance, you might think the Nissan Versa sedan is a subcompact — a really small car. However, there are two clear indications that the Versa is not “sub” anything: It has a cavernous interior and trunk, and when you park it next to another car, you quickly realize its significant size. How big is it? Less than an inch shorter than a Honda Civic and just two inches shorter than a Mazda3 — both of which are considered compact cars.

With its quality highway ride and tight handling the base-level S Versa sedan is a good value. However, when you move up to the SL trim the Versa’s value doesn’t hold up as well against the competition, including Nissan’s own Sentra.

The Versa also comes in a hatchback model.

Styling
Before you can get close enough to the Versa sedan to discover its roominess and performance, you’ll first have to get past its looks. While style is subjective and tastes vary, I don’t know many people who would call the Versa sedan a looker. Its funky front end, tall roofline and squished rear don’t flow together well. This is a look that’s common to Japanese subcompacts, like the new Suzuki SX4 Sport, but the Mazda3 is proof that style can thrive in the compact segment. Ugly does sell to a certain demographic — especially when the price is low — but I’d bet a good-looking affordable car would sell even better.

Interior
Once you get inside, the Versa has a split personality. You’ll be immediately impressed by the high-quality feel of the controls and dashboard materials. The Versa’s dash appears more like its big brother, the Sentra. All the controls are laid out in perfect ergonomic fashion, including the stubby stalks on the steering wheel. Where the Versa cuts corners is in the door materials and, unfortunately, the seats.

There’s a ton of head- and legroom in front and back, but that barely matters because the seats are extremely uncomfortable. As an average American male — clocking in at 5-foot-10 — my thighs jutted out past the seat bottom. I never really got why some reviewers made such a big deal out of thigh support — until I drove a car where it’s missing. This lack makes driving a Versa — especially using the pedals — uncomfortable, even with an automatic transmission; I can’t imagine how bad it would be when you factor in a clutch.

Halfway into my hour-long commute I felt that telltale ache in my back that’s triggered by an unsupportive seat. Even after a week, my back never adjusted. Sometimes just going from your chair at work to sitting in a car can result in a similar ache, even in luxury cars, but you adjust to the contours over time. Not in the Versa. The seats were fine during quick errand runs around town, and I worry that people on test drives won’t experience the ache that accompanies longer trips before they buy. Granted, every person’s body is different, but other passengers complained as well.

The backseat actually has a ton of room, more than in a lot of midsize sedans I’ve tested. The seats are reclined a bit, which helps with headroom, but like the front ones, these seats have little support.

Performance
Before testing the Versa, I spent a week in a 380-horsepower, high-performance SUV that hit 60 mph in less than six seconds. Dropping from that to a 122-hp compact sedan, you know there are absolutely no similarities between those two in the performance segment. Compared to its regular competition, however, the Versa feels mighty powerful; not once in my test did I feel like it was underpowered. It scoots around town like you’d expect a compact import to, but it was the Versa’s highway performance that impressed me most.

A lot of car shoppers assume cars in this segment will be jittery on the highway. While others in the class do exhibit those tendencies, the Versa is not among them. It performs just fine on major highways, surrounded by heavy traffic and semis. It passes with precision, and acceleration comes on smoothly thanks to the continuously variable automatic transmission, which comes only in the higher, SL trim level. Nissan has shifted to CVTs instead of standard automatics in most of its cars, and before driving the Versa I’d only enjoyed them when they were teamed with higher-powered V-6 engines.

The Versa’s CVT is seamless; most buyers probably won’t even notice they’re not driving a regular automatic. CVTs were initially heralded as a fuel-saving feature, but many new five- and six-speed automatic transmissions have proved to be as efficient or better than CVTs. Gas mileage with this 122-hp four-cylinder and CVT combination isn’t the greatest. The EPA rates the Versa at 27/33 mpg (city/highway) with the CVT and 26/31 with the manual transmission. During my week with the Versa, I filled the gas tank twice and averaged slightly less than 22 mpg. That’s not good even in heavy traffic like I experience commuting, and it certainly doesn’t achieve the thrifty atmosphere that the EPA figures and Nissan’s advertising tout for the Versa.

Features
My SL test car came with 15-inch alloy wheels, power windows, remote keyless entry and start, cruise control and a six-CD stereo standard. The stereo system was surprisingly clear and had enough power for some bass-heavy tunes. Of course, it was also equipped with an auxiliary jack for an MP3 player. Nissan offers an optional iPod integration package for $290. That seems a bit high, especially compared to the relatively affordable optional moonroof, which will set you back $600.

At a starting price of $15,670, the SL is as expensive as a base Sentra, which offers a more comfortable ride and an even better interior, not to mention that it’s slightly better-looking.

Safety
The Versa has very confident handling, but it’s still good to know there’s safety equipment to back up that feeling. Seat-mounted side-impact airbags for front occupants and side curtain airbags in the back are standard. Antilock brakes are optional, but an electronic stability system is not. While most competitors in the class don’t boast this safety system either, the government will require it be standard in all models by 2009. We’d like to see automakers add it to even their most affordable models now.

The Insurance Institute for Highway Safety crash tested the Versa hatchback and gave it the highest rating, Good, in both front- and side-impact tests, but the sedan hasn’t been tested. Those scores may not translate, especially the side impact.

Versa in the Market
“Mixed bag” is the phrase that comes to mind when I try to define the Versa’s role in the market. The size of this new sedan bodystyle would theoretically be a plus, but it puts it in a class with a lot of other compacts that offer stiff competition. There’s value in the S, which starts at $12,630; add a four-speed automatic for $800 and it’s still a good value at less than $14,000, but that’s without amenities like power windows.

Add to this ambiguous place in the market the dreadfully uncomfortable seats and off-putting exterior, and I guess I just don’t get it. It might just boil down to the last few pennies in your wallet — and what you can stand to look at it in your driveway.

She sure was great, till she wasn’t!

April 25, 2022
By HEYYOU_YEAYOU! from Nashville TN
Owns this car

Well,where should I begin? I guess I could start by saying that the car hasn’t ALWAYS been the biggest piece of crap I’ve ever owned! She used to be as fast as lightning McQueen, and such a looker! I guess as time went on though, and nearly 300,000 miles later she’s finally had enough of my driving and the repairs! I have had that car on a Jack or in a shop since the day I bought it. The dealer I purchased the car from literally had to replace a few things the same day, after only being driven 10 steps away from the dealership. Now don’t get me wrong, I liked the car it had the BEST CENTER ARMREST HANDS DOWN and I loved the gas mileage, but the best thing I can say about her is she has been a trooper through it ALL! Through every alignment, fuel pump replacement, new alternaterx3, no a.c from day 3, no CD player from day 3 also, tire after tire, cv joint replaced, new brake pads, warped rotors, did I say fuel pump already?? Fuel injectors, all the unexplained rattling and shaking, the dash coming apart , front bumper falling off randomly while parked in the driveway, trunk not being able to open, confused windows that can’t decide if they want to get stuck up in the summer or down in the winter, mysterious dents and dings, no heat(went with the ac), gas door has to be pried open(broken 3 house keys and 1 car key), WHEEEWWW, IM WINDED! which reminds me, don’t I repeat don’t drive anywhere, not even to the neighbors on a windy day! The slightest breeze and it’s swirley Wirley time(got a better chance with two hands and both feet on the wheel) and I guess y’all want the grand finale, I don’t know if the car is just happy or likes to dance or what but you gotta keep a manly grip on the wheel that car just jerks, shakes, vibrates and jirates all over the road! LIKE I SAID (two hands and both feet on the wheel at all times)And since the air bags won’t deploy if you crash(that’s what 1 of the 1000 recall letters from Nissan said anyway) you might wanna take it slow.Best car in the market if you like the scenery on any hill too it takes about 30 minutes to get over a slight one. Just Don’t be fooled if it’s driving smooth because it will jerk you almost off the road when you least expect it! Maybe that’s that new feature to keep you awake or something.. anyhow i give it a 1 just cause I did get 300,000 miles from her! I miss you darla.. sorry you are once again broke down in a driveway.. alright, alright I’m done HAHA 1.0 out of 5.0 😁 will probably purchase again😂 it also shocks the crap out of you when you get in and out of it! How cool is that?!?

Most reliable car we have ever own.

Good condition, car runs, use for to and from work everyday, will needs minor maintenance/repair. Great for starter car or spare. Title in hand. Mileage 190390. Serious inquiries only. Read Less

Most reliable car I ever owned

Car is so reliable and comfortable as all versas. Drives smooth and fast. Amazing car and the best part is that it saves a lot of gas

Rating breakdown (out of 5):
1 person out of 1 found this review helpful. Did you?
Show full review
See all 65 consumer reviews 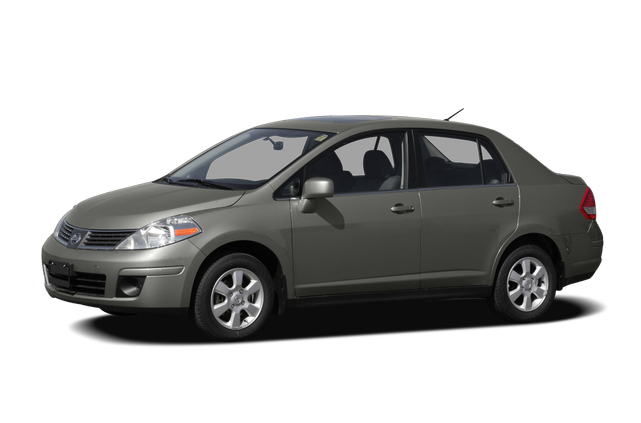 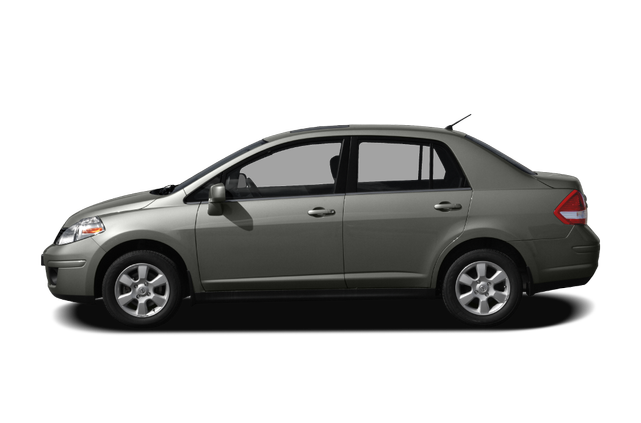 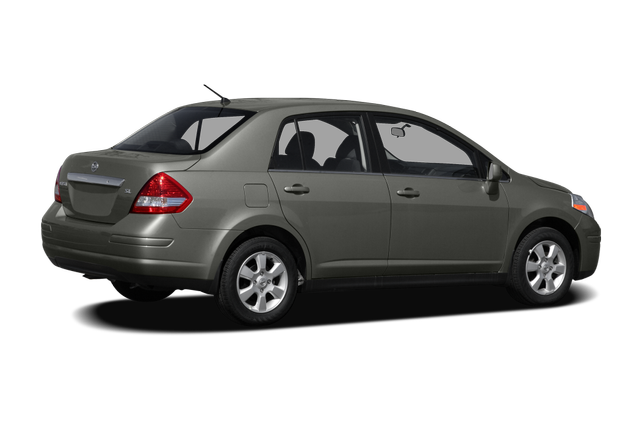 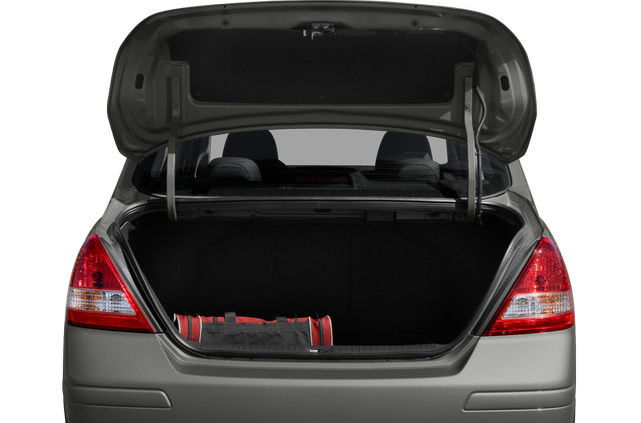 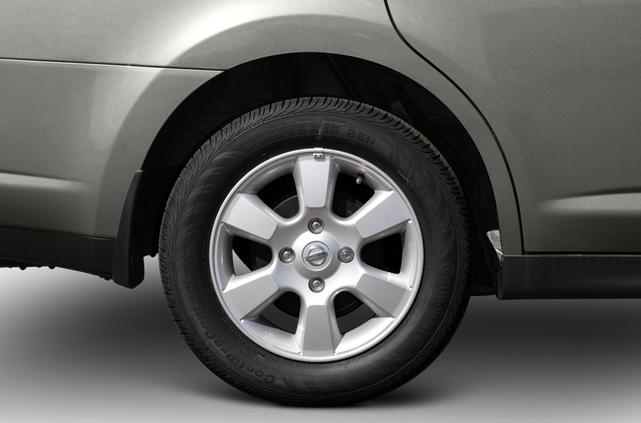 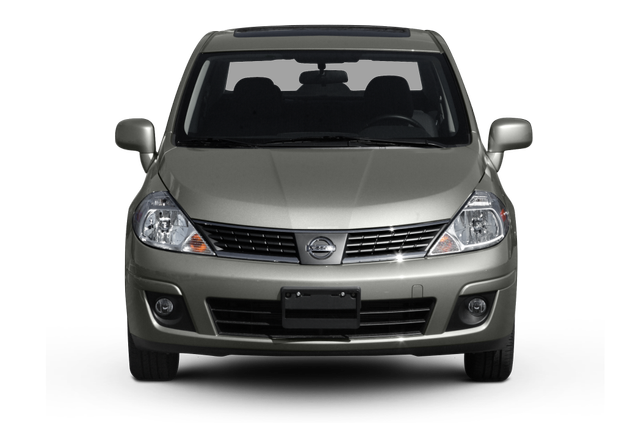 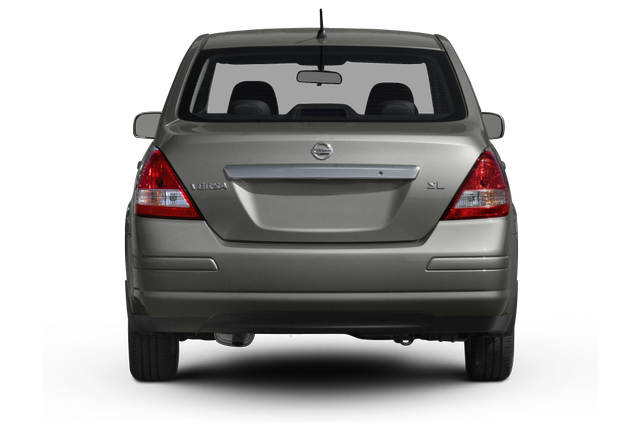 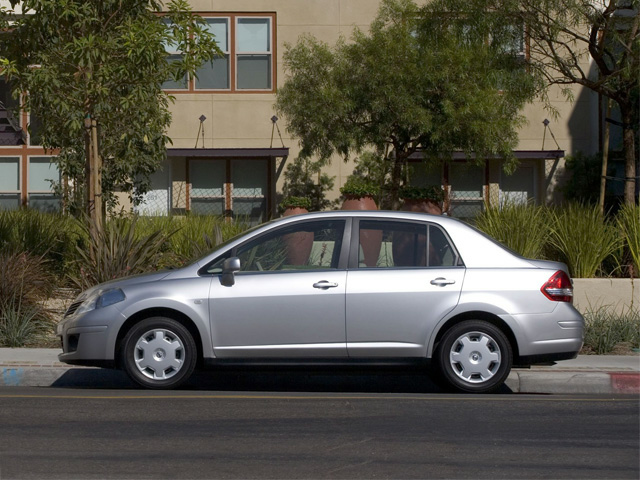 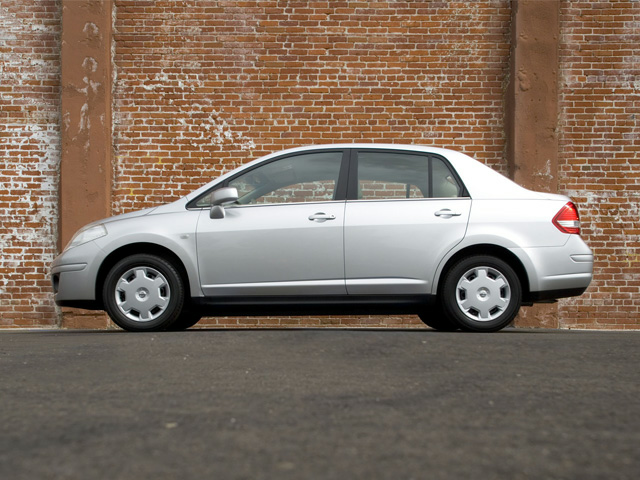 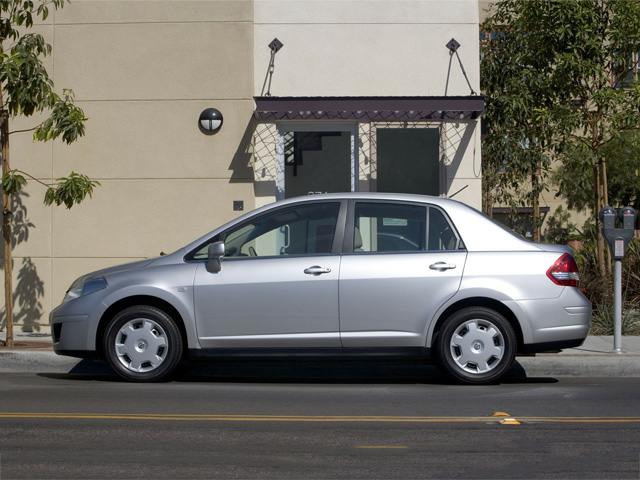 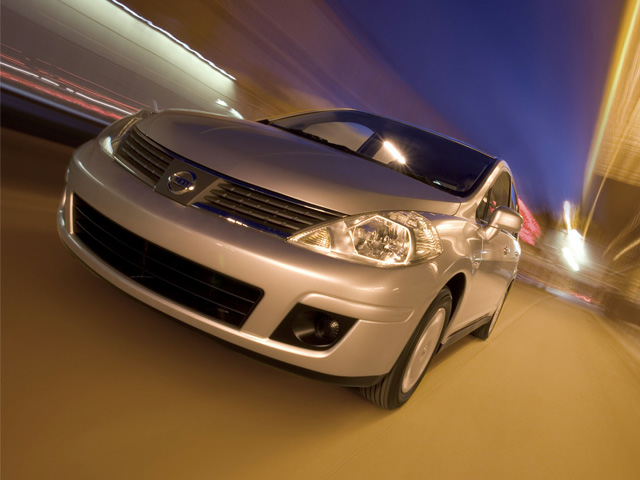 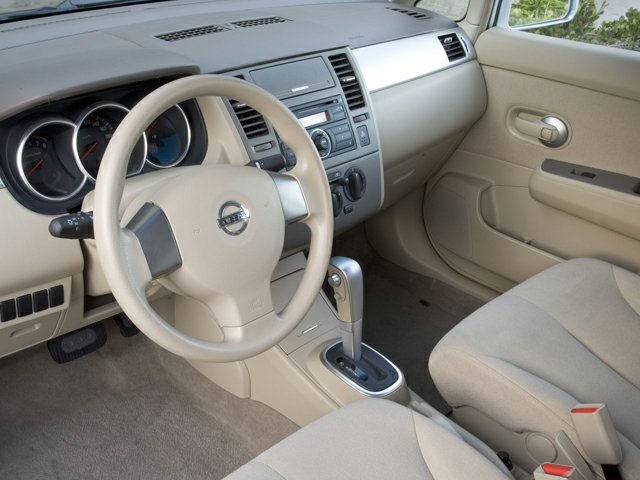 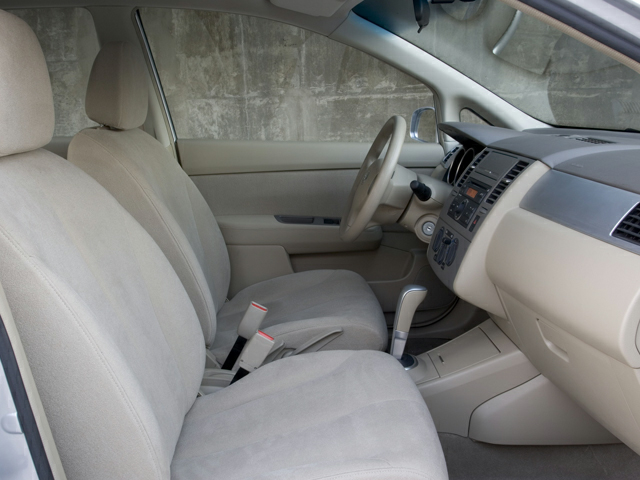 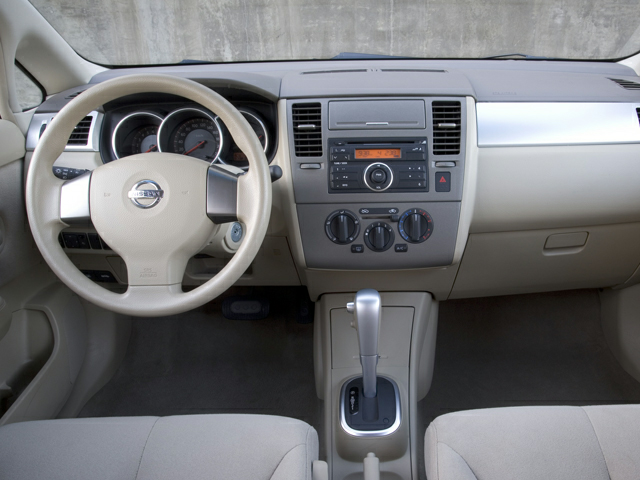 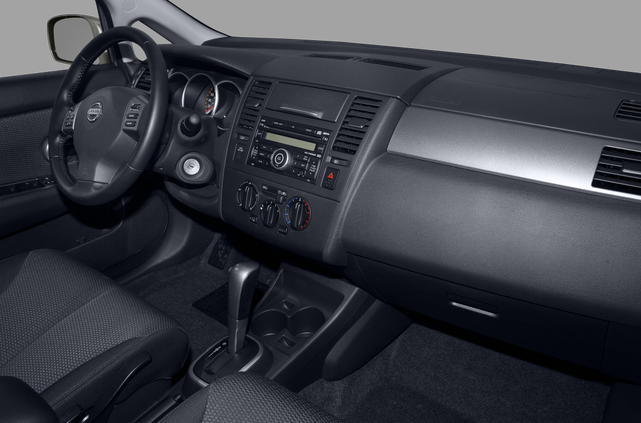 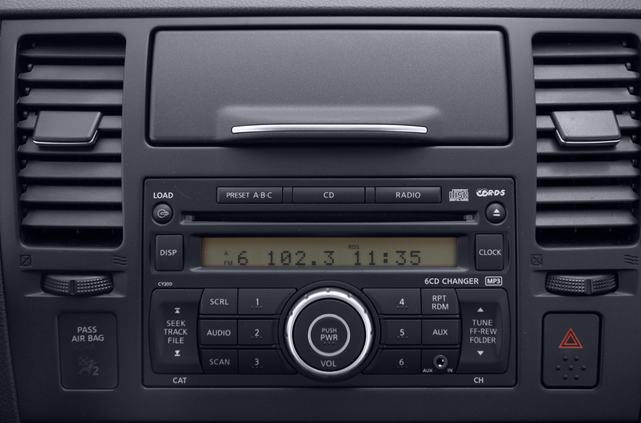 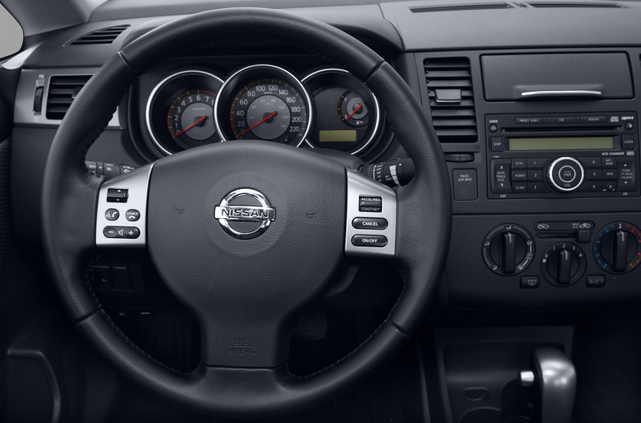 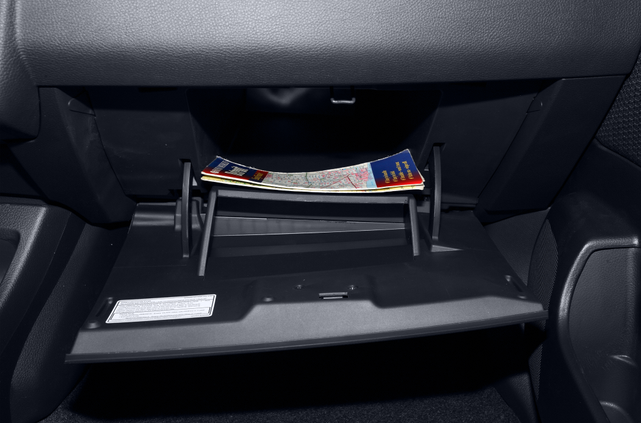 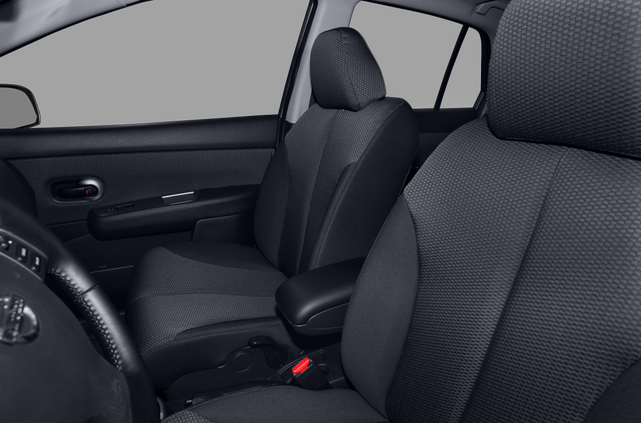 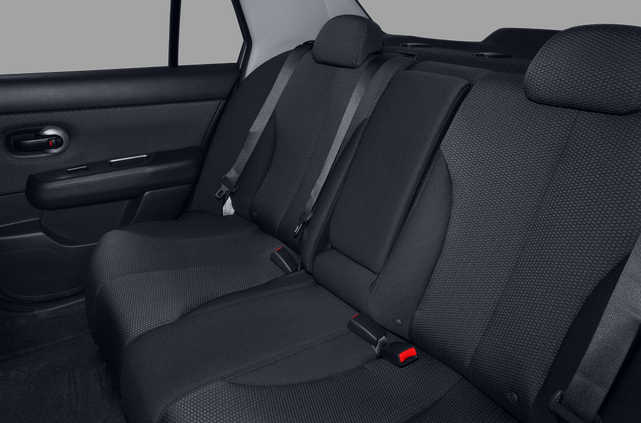 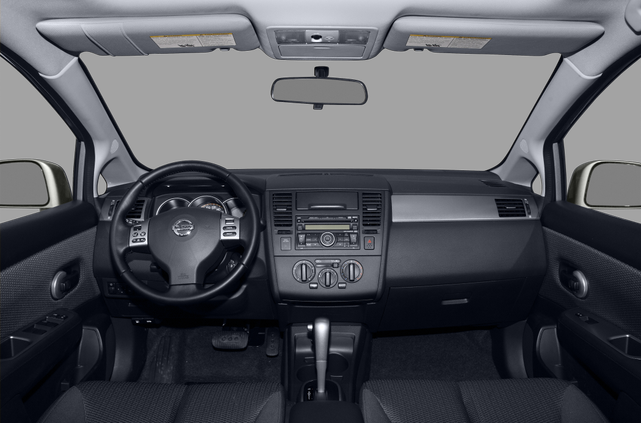 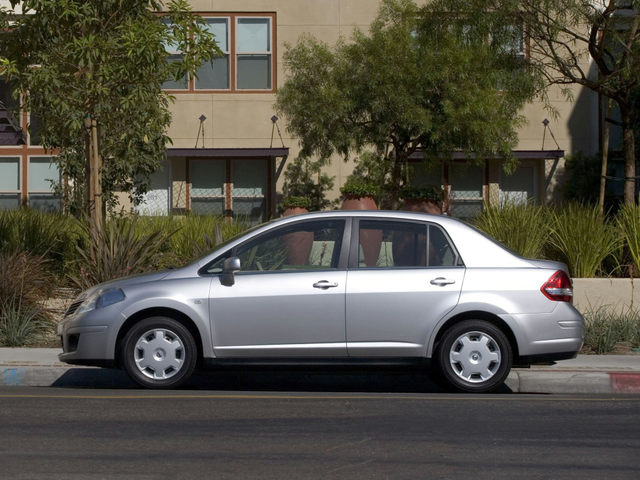 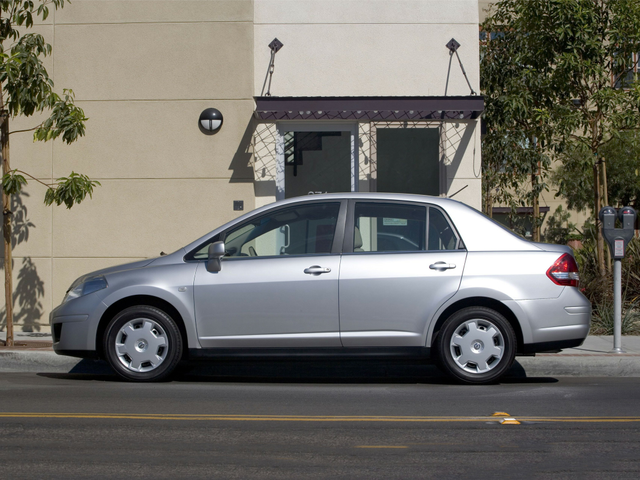 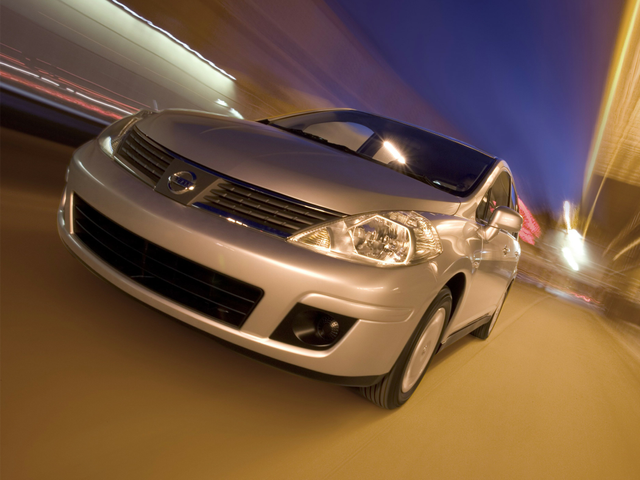 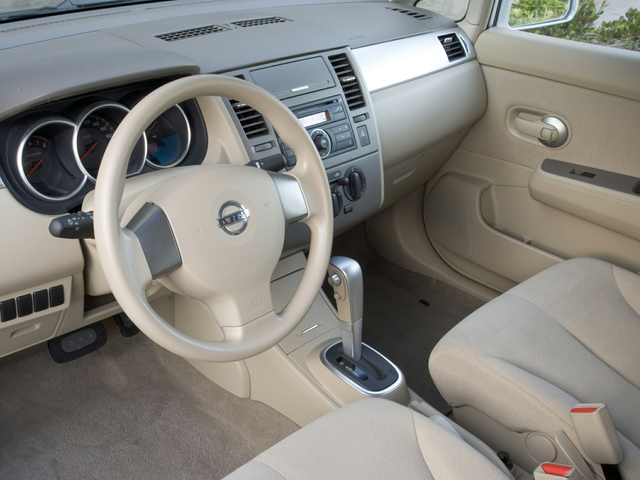 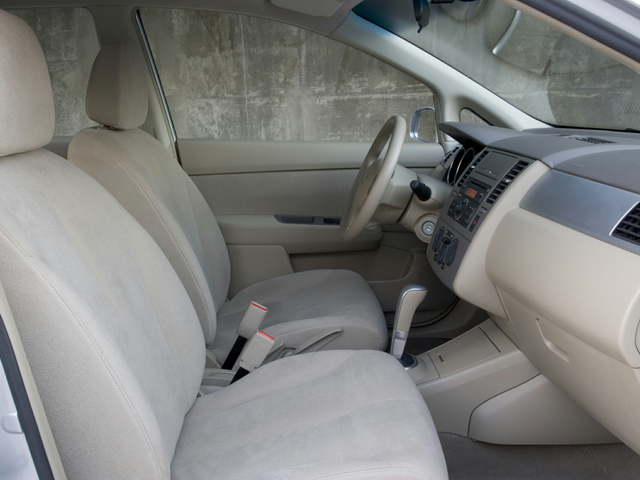 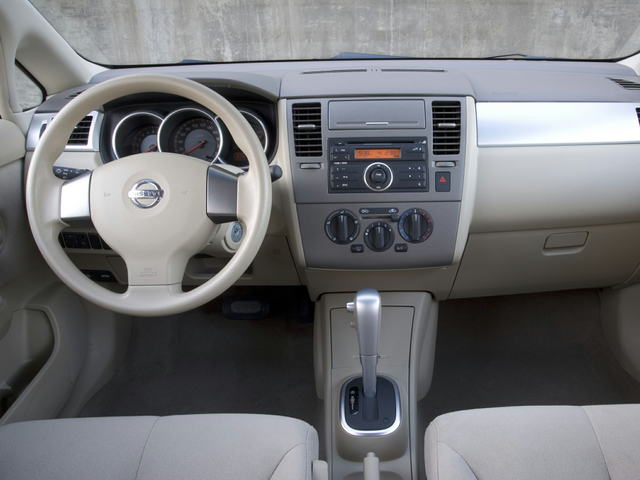