Our 2001 Nissan Xterra trim comparison will help you decide.

Any kid who ever was obsessed with dinosaurs can surely relate to the Nissan Xterra. The compact sport-utility vehicle, with its distinctive stepped roof, tubular roof rack and running boards, has a fierce “exoskeleton,” according to Nissan. Funny, we found the scariest part of this Japanese SUV to be its too-high price tag.

We first evaluated the Xterra 18 months ago. We decided to revisit and rethink our review because of the red-hot competition in this segment. Xterra now goes up against such formidable contenders as the new Ford Escape and the Hyundai Santa Fe.

He: At $26,698, the Xterra SE 4×4 that we tested is about the same as a fully loaded Escape and even more expensive than a Santa Fe with all the options. And yet, it still falls short of both those competitors in several key areas, notably, ride comfort and handling. The twin-cam 3.0-liter V-6 in the Escape is smaller than the Xterra’s 3.3-liter V-6 and yet it makes 30 more horsepower and gets considerably better gas mileage. The Santa Fe’s twin-cam 2.7-liter V-6 is even smaller, but it too outdoes the Xterra in performance and fuel economy.

She: So what’s the big picture, big guy?

He: You can still get into an Xterra for under $19,000. But the entry-level two-wheel-drive model with the base four-cylinder engine isn’t all that pleasant. If you’re prepared to spend $25,000-plus, there are much better bargains out there in SUVs.

She: I was really hoping we’d have mellowed on our opinion of the Xterra. But when we jumped in it this morning to formally evaluate it, it just kept falling short. I have my little rituals when I get in a vehicle – like checking my lipstick – and the Xterra disappoints from the get-go. No driver’s side vanity mirror. The cheap pop-up sunroof doesn’t work with the roof rack. There are no side air bags. Nissan made a few modest changes to Xterra, but they haven’t resolved any of the things we griped about a year-and-a-half ago. They must not read this column!

He: I’d rather not read this column myself.

She: Why, don’t you check your lipstick, too?

He: I wouldn’t want my comments to mirror yours. Lord knows, there are plenty of good things to say about the Xterra. It’s pretty roomy – although when you flip the rear seats down, the Santa Fe has lots more cargo space. I like the premium amenities on the Xterra like the new in-dash six-disc CD changer. But I can’t imagine why Nissan picked such cheap-looking fabric for the seats and door trim. Nor can I figure out why the seats feel so flimsy on a $26,000 SUV.

She: My philosophy is that the seats are the heart of a vehicle. That’s why I constantly tell consumers to take long test drives in vehicles they’re considering buying. If you spent as much time in the Xterra as we did, you’d notice its other flaws, such as too much noise, especially at highway speeds. By the way, that cheap tonneau cover in the rear, which is like a shade you can pull over cargo to conceal it, is no better than the seats. It looks and feels flimsy.

He: I have to admit, from a styling standpoint, the Xterra is one of the coolest-looking sport-utes on the road. If you intend to do some serious off-roading, this Nissan also feels plenty rugged – much more so than car-based utes like the Escape and Santa Fe. It also has a 5,000-pound towing capacity, which is near the top of the class. Having said all that, if you’re looking for a truck-based SUV, a much better choice in this price range is the Isuzu Rodeo, which has more engine power, more cargo space, better fuel economy and nearly as much towing capacity.

She: This is starting to sound less like a review of the Xterra and more like an advertisement for its competitors. Trouble is, buyers in this segment have a right to be picky, given all the choices they have and the money they’re shelling out. From our perspective, we don’t tend to agree on much when it comes to c s and trucks, but we agree on the Xterra. And it gets no more than a lukewarm two stars from this couple.

Dislikes: At $26,698, our 4X4 Xterra was not a good value. Inconsistent convenience features. Nissan still hasn’t figured out roof rack/sunroof combo. Seats are cheap, uncomfortable. Tubular-style running boards useless, except as decoration. No side air bags.

12-month insurance cost, according to AAA Michigan (*Estimate. Rates may be higher or lower depending on coverage and driving record.): $1,081.

June 9, 2021
By MartQuébec from quebec city
Owns this car

Best 4x4 i ever own. Never had problem mechanic it is solid...easy to maintain 4x4 is getting you evrywhete you want i recommande this xterra

AWSOME SUV OFFROAD AND ON!

December 1, 2020
By bhschoolu2 from Branson Missouri
Owns this car

I bought this truck used in 2014 or 2015 and the only repairs I've had to do is replace the clutch, the timing belt and water pump, and distributer cap! That's it! About 4 months ago I was told I needed u-joints by one shop but another shop said no but I will be needing a new radiator very soon! That's it! It's got 167,000 miles on it! I change the oil every 4-5,000 miles on it, I don't run it hard, I do drive it through creeks and up and down gravel and sandy "hills" along with in-city every day driving lol!!! This truck performs very well! I couldn't have purchased a better vehicle! I realize that with it's age will come more repairs but what a champ it's been! The body looks great too! I have what I call a steel blue color, a color that they only made a few thousand of from what I understand, I wish I could post a pic! The interior is nice too! I wish I could add a few extras to the truck but I love it just the way it is!!! 😊

For 30k this year put on it, it’s been amazing

March 12, 2020
By XterraFan from Houston, Texas
Owns this car

I bought a white 2001 Nissan Xterra in Feb of 2019. I have had to replace transmission and gaskets and seals and cultch fan distributer and ect. All this work was done from when I purchased the car to June of 2019. After all the work was done I drove the car all over Texas. I would put on average 200 miles a day on it and fill up about 2-4 times a week depending on how much driving. I am aware it is too heavy and only 2 wheel drive but I can say for what I ha e out it through off road it handles like a 4x4 and you can always get pulled out. I have General Grabber A/T 2s on it and by far the best bang for your buck. The cars old all the speakers are blown out but it’s a nice car to drive. Hearing the sound of the road is nice and very therapeutic. I bought the car with nearly over 200k on it and currently as of March 2020 I have 235k on it. Do wish it was a bigger engine than the v6 3.3 just because of how much the car weighs. One problem for the car being in Texas was the heat shielding over the exhaust manifold which had caused it to crack and fail. I have removed all the unnecessary heat shielding on the car and replace the manifold as well as both cats. Bought I from a cuddy scam artist but the bones of the car where intact even though it was a salvage title car. This car I hope will reach 1 million miles especially with all the money time and work I have put into it. I will not let this car die and will do whatever it takes to get it there. Regular maintenance is key with these cars you can’t fall behind. If you keep oil changes belts and plugs all serviced the car will run forever.

Rating breakdown (out of 5):
5 people out of 5 found this review helpful. Did you?
Show full review
See all 24 consumer reviews 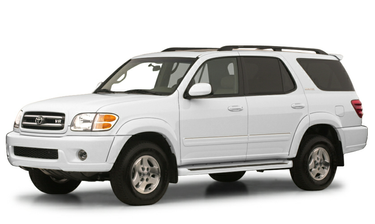 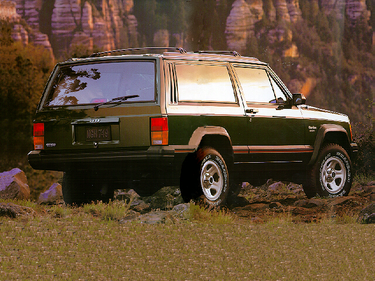 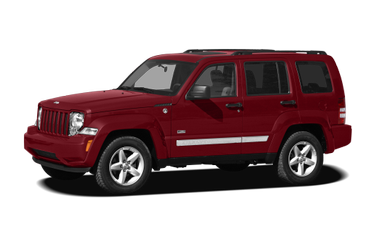 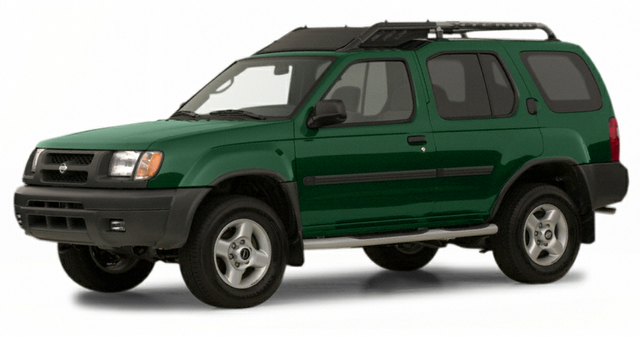 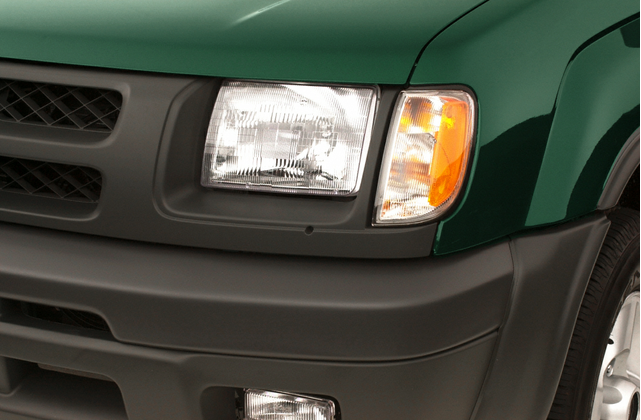 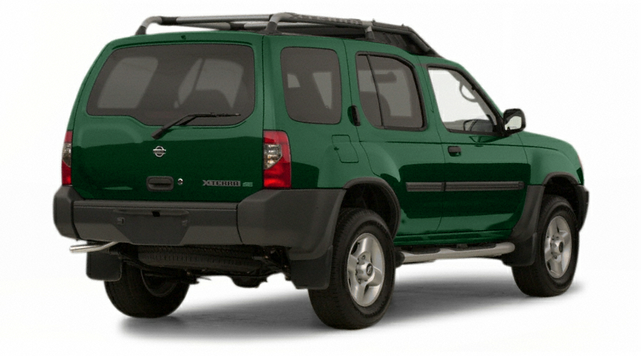 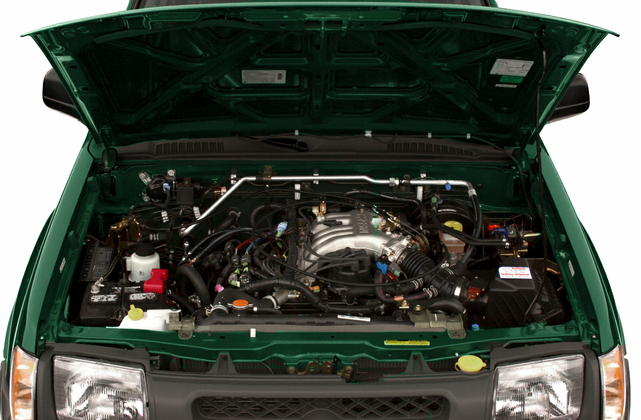 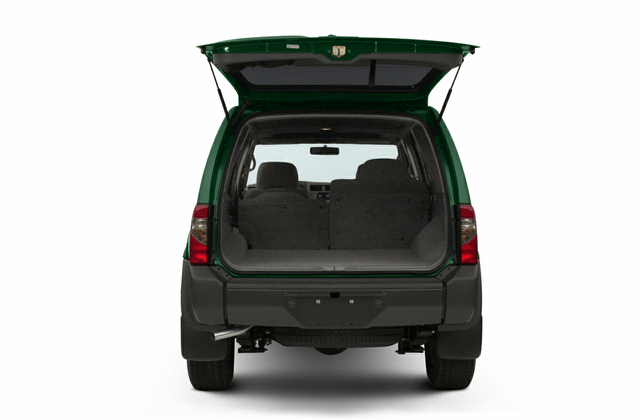 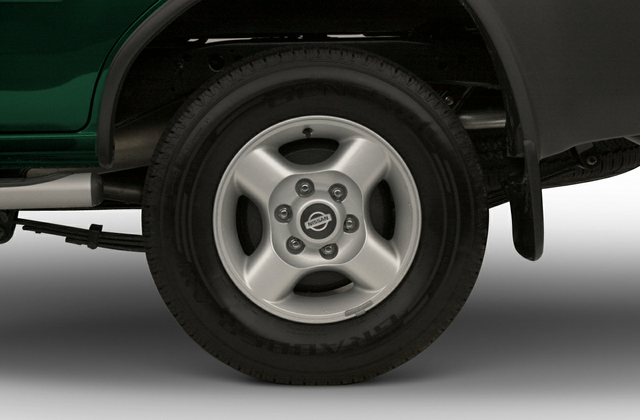 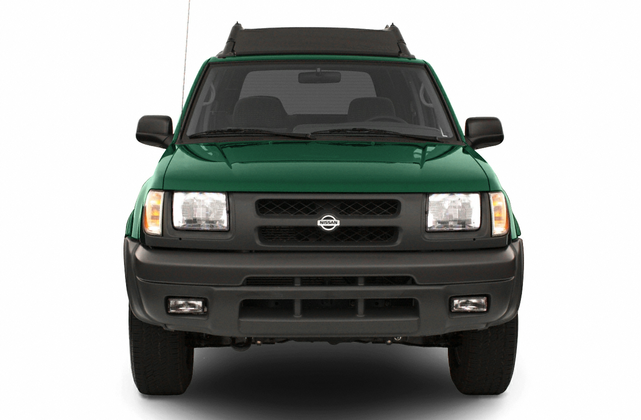 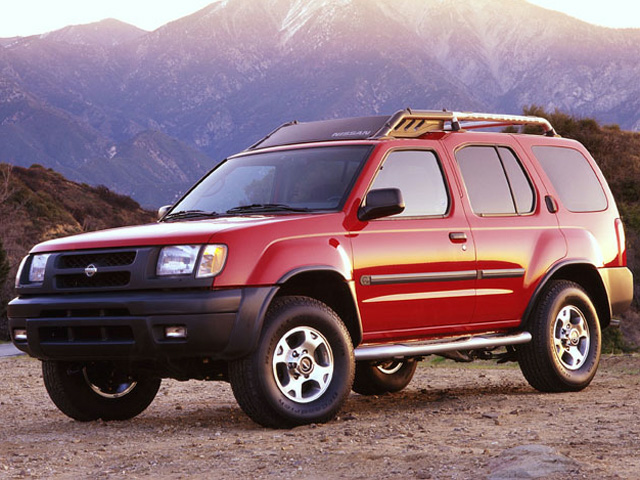 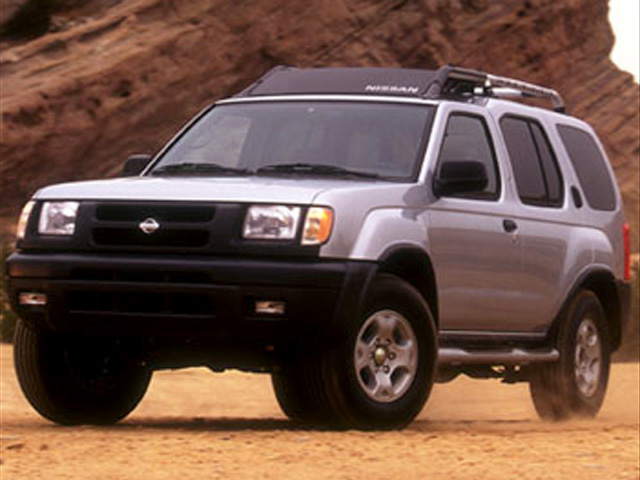 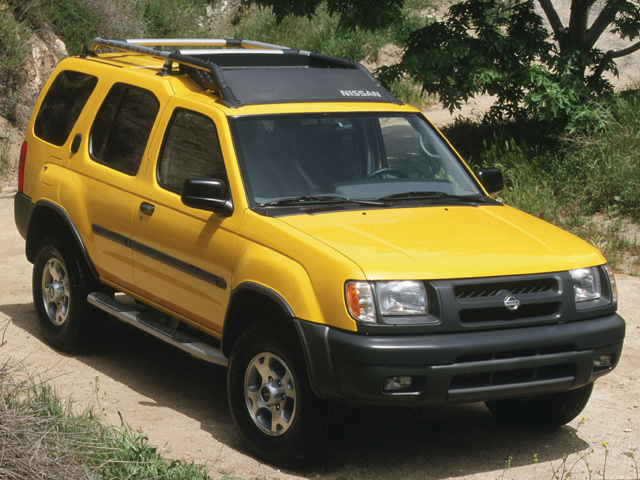 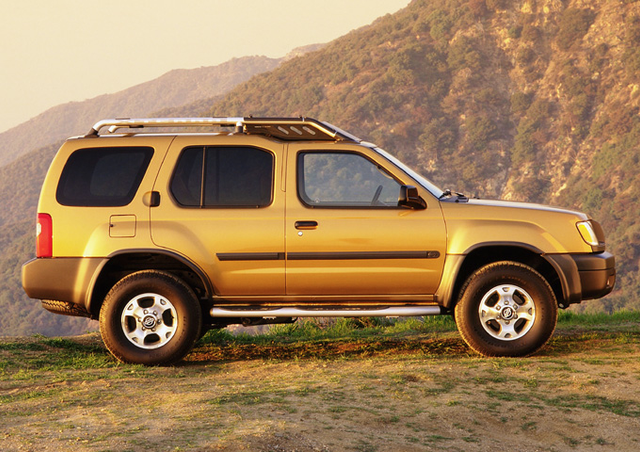 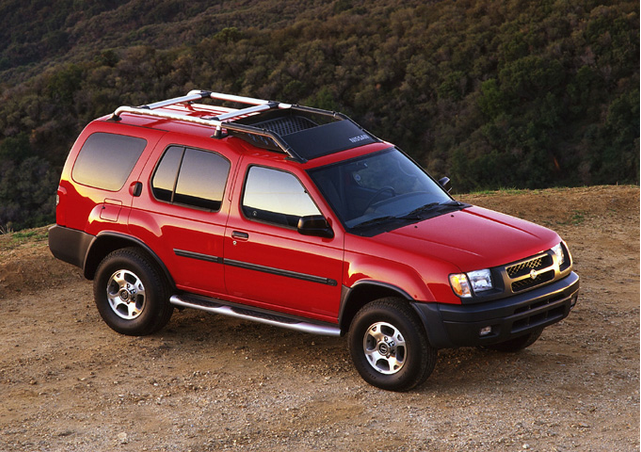 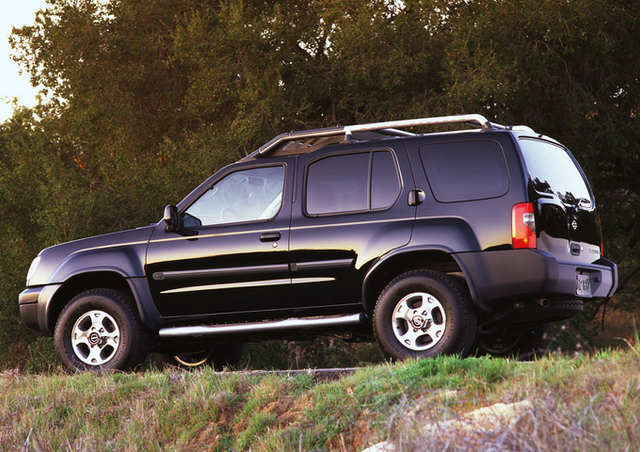 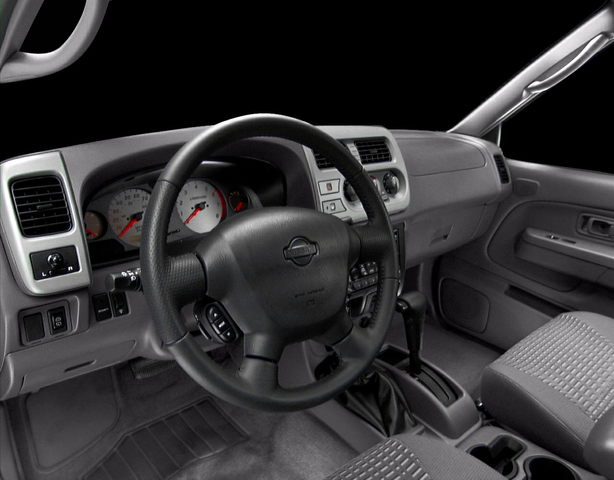 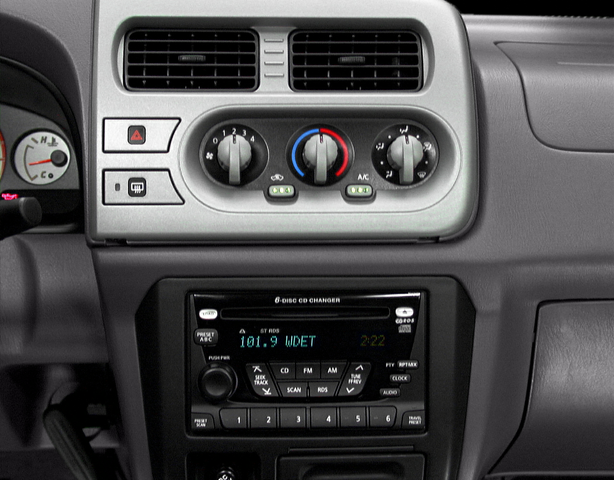 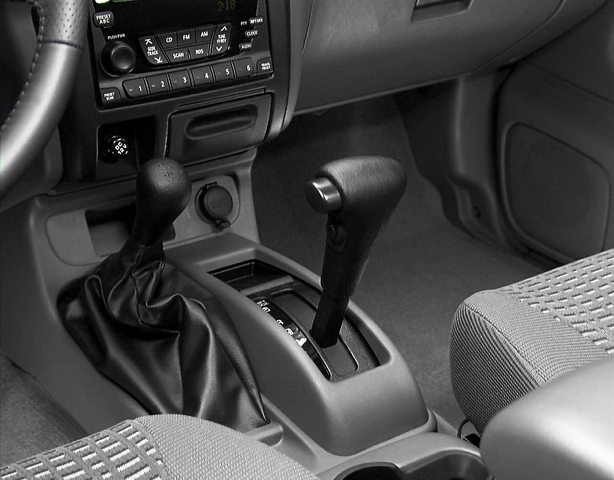 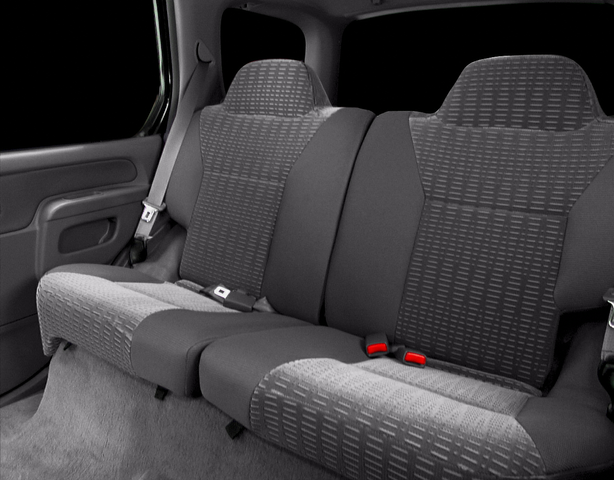 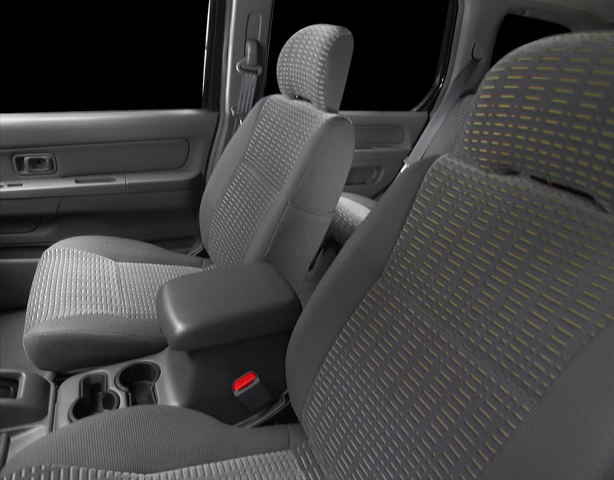 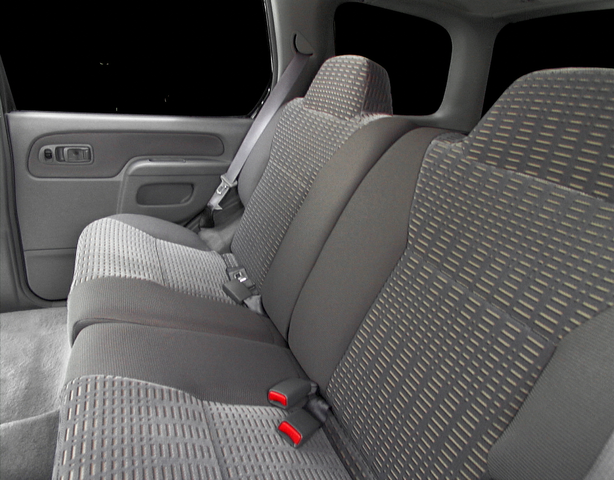