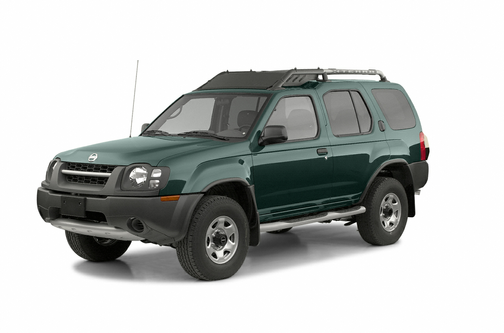 Our 2002 Nissan Xterra trim comparison will help you decide.

Like an aging TV personality, the Nissan Xterra was sent out for a makeover; it came back, as they often do, looking different, anyway, but not a great deal smarter.

Now in its third season, Nissan’s compact SUV is supposed to capture the hearts of first-time and otherwise impecunious, outdoors-oriented buyers, as a back-to-basics alternative which leaves off, in price and amenities, where the Pathfinder takes up.

Problem is, when outfitted with all the goodies it can bear, its price overlaps that of its more sophisticated big brother. And at the low end, it faces daunting competition from gaggle of midsize SUVs which run the gamut from the light-duty, wagon-like Honda CR-V and the cute Toyota RAV4 to the serious off-roaders like Jeep Liberty and Chevy’s TrailBlazer.

To judge from the ad campaign, the Xterra is aimed at folks who actually want to get off the paved path and then do something else, like mountain biking. It’s accordingly simple – one might say crude – and rugged. Which is fine, I guess, if you get your jollies testing your personal suspension system bouncing a bike over rocks.

But don’t confuse the Xterra with something you’d want to commute in – it’s primitive to the point of being hard to live with in the kind of service most SUV owners actually put them to. Something like a Liberty or a Ford Escape/ Mazda Tribute affords the best of both worlds, i.e., the real one and the one of escapist fantasies.

The Xterra is derived from the Frontier pickup platform. For the 2002 model run, it has been given a more-aggressive-looking front end, a revised dash and the kind of power (optionally) its mass has cried for since Day 1.

Nissan makes much of the new “power bulge” on the hood, allegedly required for clearance for the supercharged powerplant imported from the Frontier. Long a macho emblem, at least that styling conceit – fairly subtle, after all – serves some purpose; I was aghast to find that the brush-guard styled grille is thin-gauge plastic.

Xterra is made in Tennessee, so Nissan can afford to offer it in quite a few permutations. There is an XE trim level, as well as SE, which is about three grand upscale. You can get two-wheel drive or four-wheel drive. And you can do the automotive equivalent of self-flagellation by opting for an XE with a 2.4-liter four-cylinder engine or pay about $1,200 more for the leisurely-but-bearable old 3.3-liter V-6.

The bottom of the line is an XE 4×2 four-cylinder with manual transmission. It goes for $18,539, including freight. An appealing number, though hardly an attractive vehicle. The scale runs out to the 4×4 supercharged SE with automatic; its asking price with shipping is $28,039. That’s what was subjected to this enquiry.

If you understand the physics of motivating a two-ton mass, you’ll be sorely tempted by the deep-breathing version of the powerplant, i.e., the one with a Roots-type Eaton supercharger.

A premium of approximately $3,600 gets you 210 hp and 246 foot-pounds of torque. You still won’t be doing any burnouts at the Mystery Meat drive-in, but the grunt will serve you well on paved roads and when surmounting large obstacles in quest of the perfect unspoiled place to toss your empty sports drink container.

The standard engine makes 170 horses and 200 foot-pounds, so the step-up is appreciable, if rather pricey. A hidden cost: The regular engine slurps 87 octane, while the forced-breather prefers “at least 91 octane,” according to the owner’s manual. And this is a not a case where you can sneak 87 in and suffer only a power loss – the manual cautions that if you can only find a lesser grade, don’t fill your tank with it and don’t do any heavy lifting, either.

This goes to the very nature of a supercharger – it produces more power because it pumps more air and fuel through an engine than atmospheric pressure alone could; thus, cylinder pressures and temperatures are higher, and more prone to predetonation, or destructive knocking. This being a “borrowed engine,” rather than one bred for air gulping, it needs the detonation-damping effect of the extra octane.

The nice thing about a supercharger, as opposed to a turbocharger, is that it’s run off the crankshaft of the engine rather than via a turbine wheel situated in the exhaust stream. It is therefore in the game more quickly, and over a broader rpm range. Just what you want in a vehicle that might really have to work in the woods.

In the ordinary course of business, the air pump isn’t used much. Get into it a lot, as I did, to hear its whiny wind-up, and gas mileage will suffer. The Xterra’s EPA numbers are 15 mpg city, 18 highway. I logged 15.3, mostly on country roads and freeways.

The Xterra, in terms of drivetrain, is better suited to sylvan than urban adventures. The 4WD mechanism is a particularly crude part-time unit, i.e., it can only be employed when the road surface is slippery, and, unlike some of its shift-on-the-fly competitors, can be engaged only at speeds less than 25 mph – shift on the shuffle. It does, however, have a low range, which provides another stage of gear reduction for scaling or tiptoeing down mountains.

The four-speed automatic transmission worked well, with smooth, reasonably swift changes, and it was not easily flummoxed. Top gear is an overdrive ratio, which produces about 27 mph per thousand engine turns. Overdrive is canceled via a switch on the console-mounted shifter, a maneuvered heralded by a tell-tale amid the instruments. The usual four instruments – how about a boost gauge, or oil temperature/pressure gauges – are distributed among three, deepset pods. While this prevents reflections from spoiling the view, it also makes them hard to decipher when one is wearing sunglasses.

Save for the seats, which are done up in an appealing checkerboard pattern, the interior is not very inviting. The hard, angular plastic surfaces are relieved only by bits of faux brushed-chrome trim. The seats per se are hard enough for the long haul, but offer precious little in lateral support.

The power steering is one of the first things you’ll notice – it is virtually useless at idle speed, when you might need it the most. Once you’re under way, it performs normally.

Ride quality over paved surfaces is hardly more than pitiful. This IS a body-on-frame, truckish design, which shivers and shakes even over modest disturbances. Even though they’ve done a decent job of filtering harshness from road irregularities, they’ve still not made it a pleasant ride at any speed. It’s quite tiring in time, not least because the steering is rather vague and requires quite a bit of coaxing on the freeway.

The air conditioner was barely able to cope with tempera tures in the high 80s. The noise level was moderately high, mostly tire noise at cruising velocity.

The radio showed excellent clarity and above-average tuner sensitivity, but I’d still want to check out the upgrades available.

The big kids at the National Highway Traffic Safety Administration have not yet smashed an Xterra into a barrier, but they have rammed it from the side. It scored well, garnering four stars (on a scale of five) for protection of front occupants, and five for the folks in the second row. The machine gets only a two-star rating for rollover resistance, however. This is a mathematical projection based on factors such as length, track and center of gravity.

The Insurance Institute for Highway Safety Has smashed an Xterra into a barrier, offset, at 40 mph. They rate it “acceptable,” their second-highest designator. They subtracted points because the crash dummy’s head hit the steering wheel despite the air bag’s intervention. he Xterra’s bumpers roved a bit fragile, too, in IIHS’s series of four, 5-mph impacts. Average cost-to-repair, per incident: $1,200.

The brakes were mushier than I like and made for relatively extended stop distances.

The machine I tested had the sunroof package for $349. This was another sore point. It’s of the manual, flip-up type, which won’t even flip up because the silly “gear basket” (which IS removable) blocks it. It’s shade is just a screw-on panel, too.

The tester also had $79 floor mats, for a total of $28,467. Payments at that price would be $577, assuming 20 percent down, 48 coupons and 10 percent interest. Edmunds.com pricing surveys show most folks are able to bargain a thousand or two off sticker. I still don’t think it’s a bargain.

It Turns heads All Day Everyday,She’s Gorgeous and Needy,But I Gotta Move to Newer and Better! She’s a Powerful Piece of Machine,I Appreciate her keeping me Safe🙏🏾

At 139,000 miles the power steering went out. The radiator failed shortly after. At 141,000 miles the transmission went. I was quoted $2200 to fix it. It was a sinking ship so I sold it for $100 to someone for parts. I was never happier to see a car leave my driveway. It drove like it was 50 years old. Try driving a toyota or honda with 140K miles...they still drive like they're nearly new.

Runs great, drives like a dream, and turns heads

November 21, 2019
By Arthur the Xterra from Salem, OR
Owns this car

This SUV is very functional. My only complaint is the gas mileage, but is inline with other SUV's. Loaded and towing still has lots of power.

Rating breakdown (out of 5):
4 people out of 5 found this review helpful. Did you?
Show full review
See all 36 consumer reviews 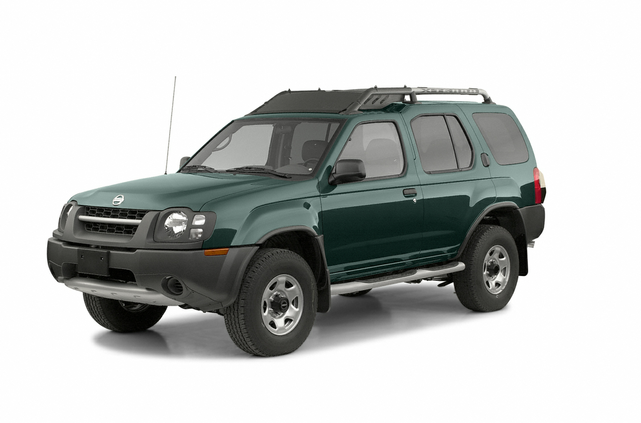 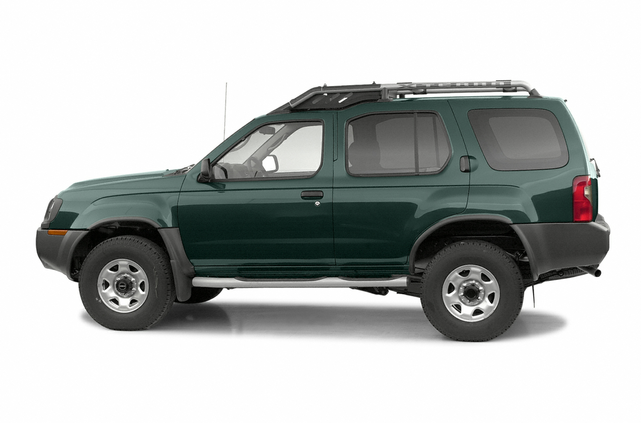 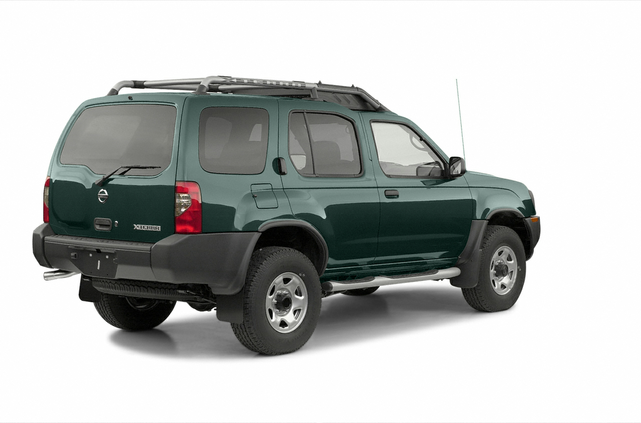 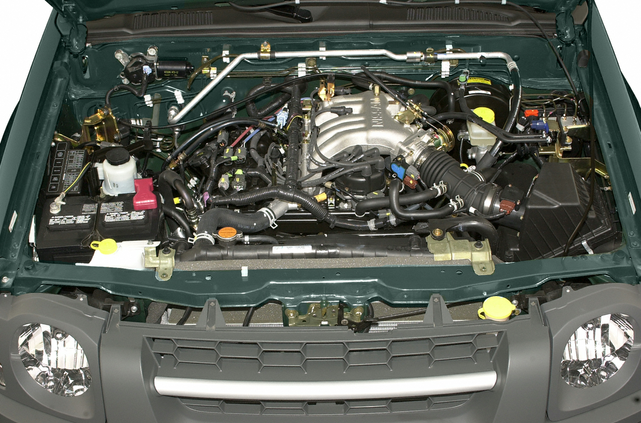 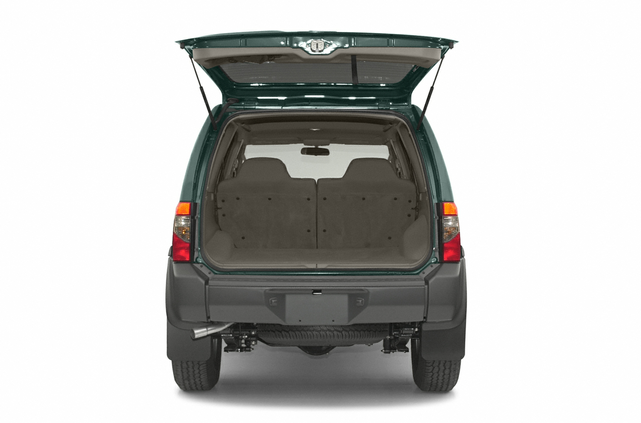 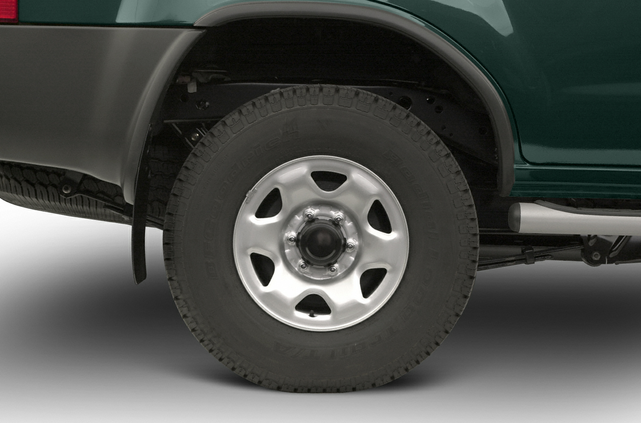 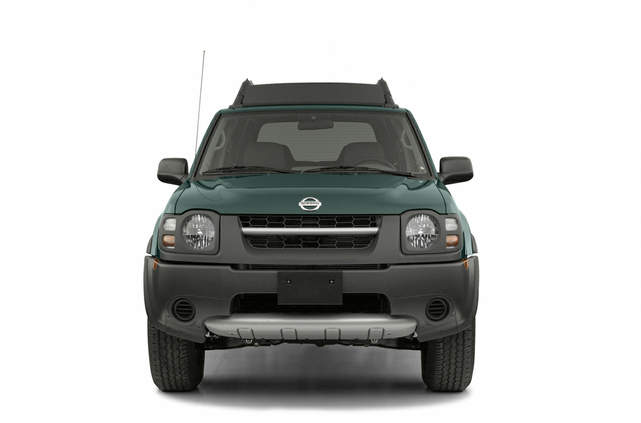 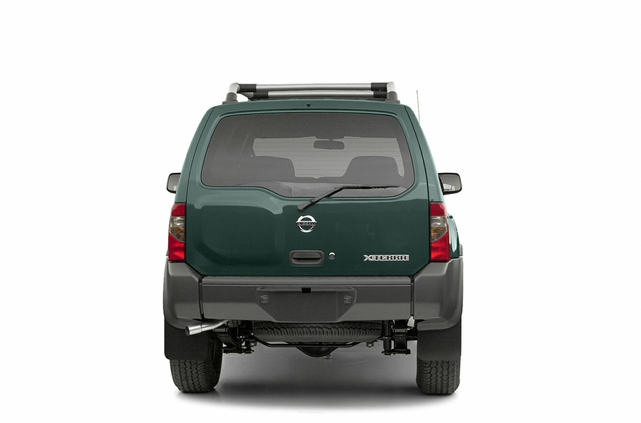 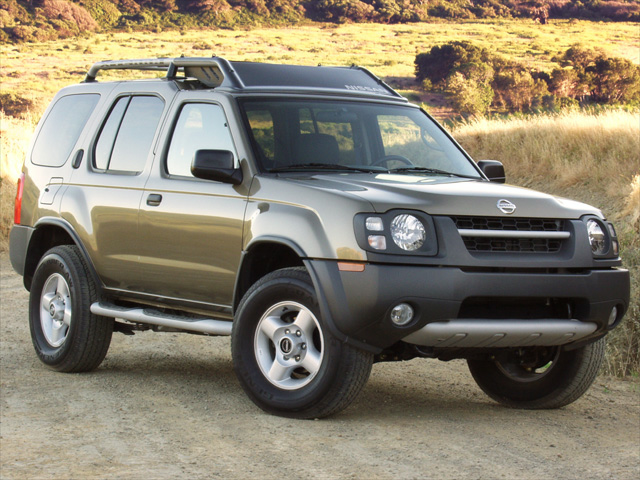 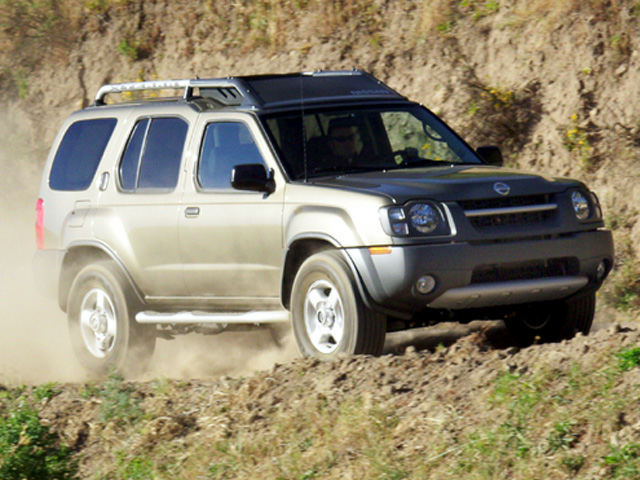 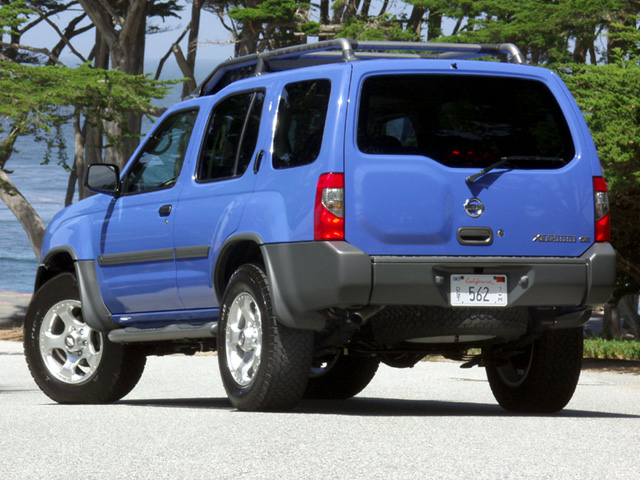 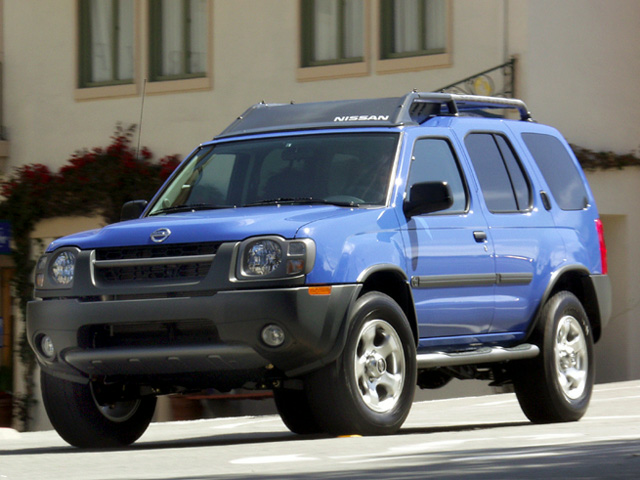 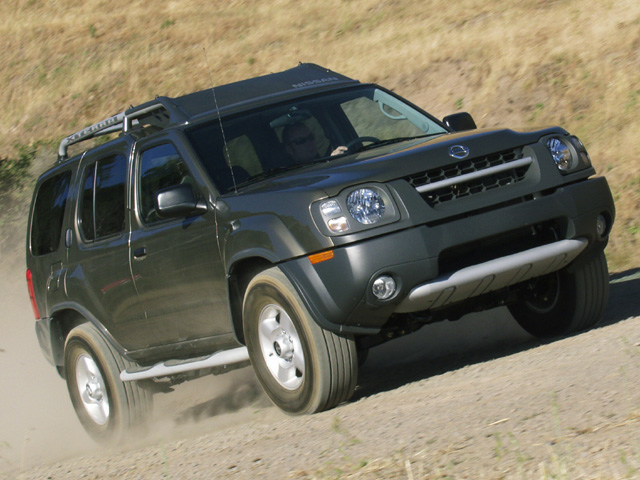 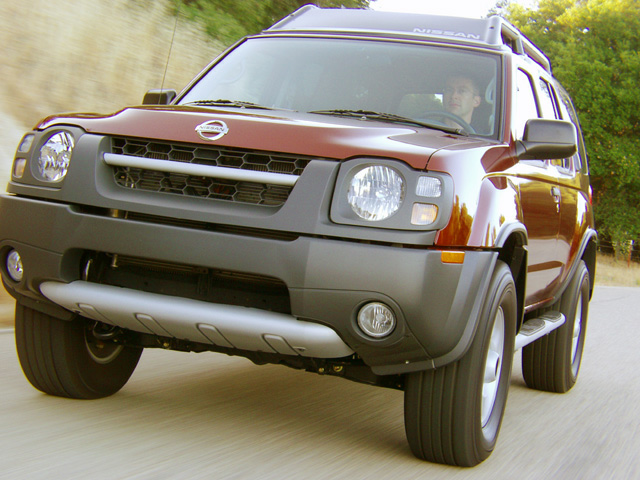 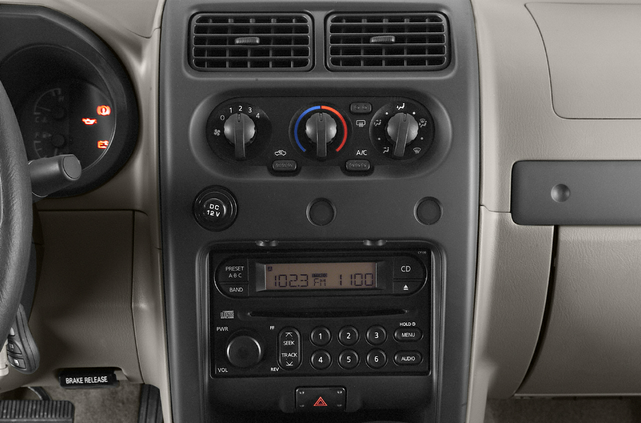 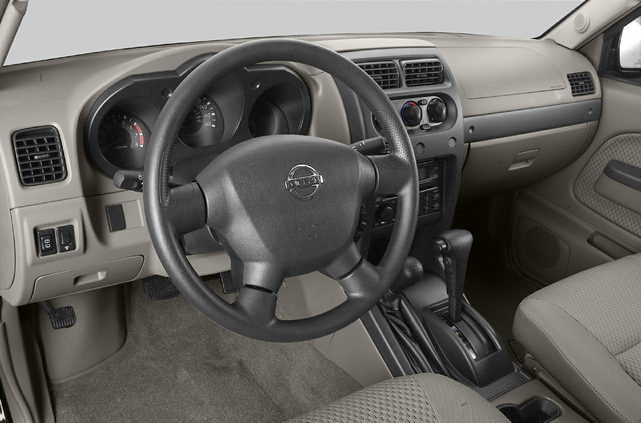 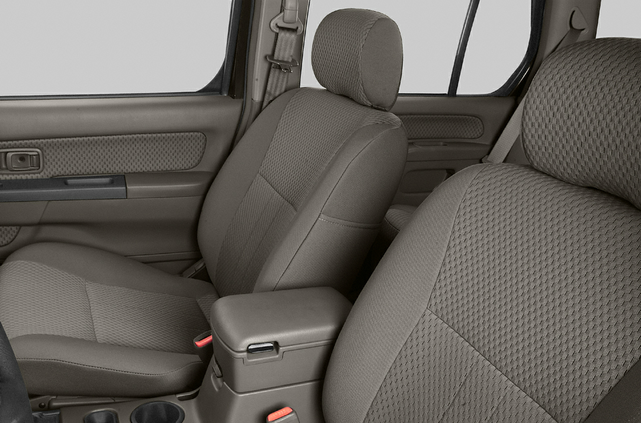 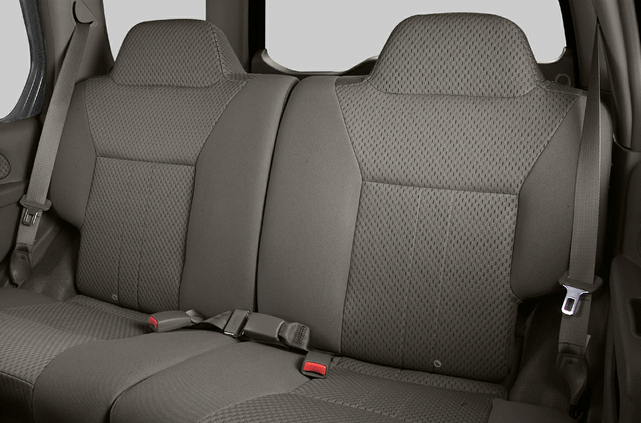