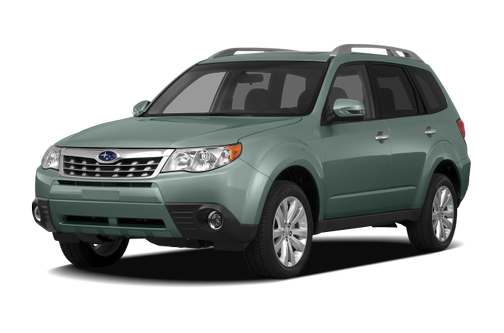 Our 2012 Subaru Forester trim comparison will help you decide.

Editor’s note: This review was written in April 2011 about the 2011 Subaru Forester. Little of substance has changed with this year’s model. To see what’s new for 2012, click here, or check out a side-by-side comparison of the two model years.

It’s never been the sharpest-looking crossover, inside or out, but the Subaru Forester strikes the sort of balance between driving fun, ride comfort and outright practicality that make some of its competitors seem downright frustrating in comparison.

The current, square-backed generation never blew anyone away with a progressive design or cabin quality, but its strengths become apparent as you sift through the glut of other small crossovers on the market. The five-seat crossover comes in 2.5X and 2.5XT editions — the X tells you it has a normally aspirated engine, while the XT represents a turbocharged four-cylinder. The X can be had in base, Premium, Limited and Touring trims, while the XT comes in Premium and Touring forms. All versions have standard all-wheel drive. Stack the trims up here, or compare the 2010 and 2011 Forester here. We evaluated a 2.5X Touring this time, but we’ve driven the turbocharged version in years past.

Balanced Driving
Subaru deserves praise for blending competent handling with reasonable ride comfort though that’s a relatively recent phenomenon. Go back a generation, and many Subarus handled well but they rode firmly. In contrast, this Forester sucks up uneven asphalt and spits little of it into the cabin. It’s soft over grooved pavement and potholes alike. Driven back-to-back with eight other crossovers in our $29,000 SUV Shootout, I deemed the Forester nearly as comfortable as the Ford Escape and Dodge Journey. If it weren’t for the Subaru’s incessant road and wind noise, it might lead the class.

A soft ride often makes for foggy reflexes, and that holds true here: Today’s Forester doesn’t carve corners as expertly as its firm predecessor did. Given the current competition, however, it still impresses. Our test car exhibited some body roll in hard corners, but the steering tracks the course well, with satisfying weight, feedback and turn-in precision. In tight quarters, the Forester’s exemplary 34.4-foot turning circle is handy, but some may wish for more power assist at low speeds.

Subaru pairs a more advanced version of its full-time all-wheel drive with the automatic transmission (a stick shift is offered on the 2.5X base and Premium), which amplifies the fun. Leave the family at home, and you can actually kick the tail out and drift this thing — a maneuver most crossovers are utterly incapable of pulling off. Well done.

Though its displacement remains about the same as before, the 2.5-liter four-cylinder is new this year. Even so, it remains in the junior varsity league of acceleration. Hamstrung by a low-tech four-speed automatic, it pulls the Forester through each gear in more of an 8K relay than a 100-meter sprint. Ascend an on-ramp, and you feel 1st gear wind out ever so gracelessly, until finally handing the baton, exhausted, to 2nd. Then the climb begins anew.

At least it’s an intuitive transmission, kicking down gears on the highway with little delay. The drivetrain’s 170 horsepower rating is identical to last year’s 2.5-liter, but combined EPA gas mileage with the manual or automatic is now 23 mpg. That’s a 1-mpg improvement over last year’s drivetrains, and it’s competitive with other all-wheel-drive crossovers.

The Forester’s optional turbo four-cylinder makes 224 hp. With more low-rev torque than many V-6 competitors, the turbo moves swiftly from stoplights. The transmission only has four speeds, though, and that limits the fun. What’s more, the drivetrain requires premium fuel. That puts a real damper on its otherwise competitive 21-mpg overall rating in comparisons with V-6 crossovers.

Practical Considerations
Subaru’s full-time all-wheel drive powers all four wheels all the time, helping the crossover claw its way through muck that stops part-time all-wheel-drive systems cold. It’s only after driving other crossovers through heavy snow near our Chicago offices — or, more accurately, going nowhere at all in a few of them — that I fully appreciate the Forester’s resilience. An impressive 8.7 inches of ground clearance (8.9 inches with the turbo) really helps when you’re trying to get through the deep stuff.

Appreciated all year-round are the Forester’s sight lines, which are free of the descending rooflines, tiny rear-quarter windows and massive roof pillars seen elsewhere. The Forester easily won a blind-spot evaluation among small crossovers two years ago, and I’m confident it would still win against today’s competition.

The rectangular cargo area offers a modest 30.8 cubic feet behind the backseat and 63.0 cubic feet when that seat is folded down. Both figures are at the low end of the segment. Without the Forester’s headroom-robbing panoramic moonroof, the base 2.5X has a more competitive 33.5 and 68.3 cubic feet, respectively.

The Inside
Interior quality has never been Subaru’s strength, and the Forester needs work. Cabin materials improve on the Escape’s industrial plastics, but other competitors — particularly the Chevy Equinox, Journey and Honda CR-V — have handsomer finishes and more appealing controls. The Forester’s feel a generation old: a crummy headliner, undersized stereo knobs and a flimsy keyfob.

Our test car’s leather seats were supportive during twisty roads and highway cruising alike, but the driver’s seat needs a longer adjustment range. At 5-foot-11, I could have used another inch or two of rearward travel. Legroom and headroom in the backseat is good, but the seat could sit a bit higher off the floor — an issue that dogs many small crossovers. There’s also a footwell-robbing center floor hump in back, something many other crossovers avoid.

Safety, Features & Pricing
With top scores in all evaluations, the Forester earned Top Safety Pick status from the Insurance Institute for Highway Safety, but received just two out of five stars in the National Highway Traffic Safety Administration’s new side-impact pole ratings, which simulate a sideways encounter with a tree or telephone pole. The Forester scored better in NHTSA’s remaining evaluations, including a more conventional side-impact test, earning it an overall score of four out of five stars. Standard equipment includes the usual complement of front and side airbags, antilock brakes and an electronic stability system. Click here to see all the Forester’s safety features.

Reliability for non-turbo models is exemplary; turbo models rate about average. The Forester 2.5X starts at $20,495. Given its standard all-wheel drive, that’s a steal — if you can live with a stick shift. The vast majority of shoppers will want the four-speed automatic, which runs an overpriced $1,200. Even with it, the Subaru costs roughly the same as most competing front-drive automatic crossovers.

Standard features include power windows and locks, remote keyless entry, air conditioning, cruise control and a CD stereo with an auxiliary MP3 jack. Most trims include a panoramic moonroof and a USB/iPod-compatible stereo with steering-wheel audio controls. Move up the line, and you can get a navigation system, heated leather seats and more. Turbo models start just under $27,000 and top out around $31,500. That’s relatively modest, given many competitors can spiral well into the mid-30s.

Forester in the Market
Subaru’s insistence on standard all-wheel drive, and its associated cost, will keep the Forester from ever topping segment sales lists. To its credit, the automaker has reduced the pricing and gas mileage penalty associated with all-wheel drive better than most. But the front-drive competition is likely to remain a little cheaper or a little more fuel efficient, and if you live in Florida or Texas, that math alone may keep you from ever visiting a Subaru dealership.

That said, the Forester’s future looks bright. Look at any segment of cars, and the sharpest ones are usually those introduced or redesigned most recently. The Forester’s mastery of the fundamentals is harder to beat, and that should keep it running strong all the way through this generation’s final years.

September 3, 2020
By Carly from New britain
Owns this car

This car was roomy, affordable and had great reviews from my family and friends. 4 cylinder makes it great on gas and I'm hoping like I've heard that it will last for years to come.

This is my third Subaru. It is a reliable car. It is fun to drive. I may not work for a large family. I never had the feeling that I can't rely of this car. It is a lot of fun to drive in the snow. It is very comfortable to drive long distance. I would recommend this car an would have my kids drive it.

June 9, 2020
By Highgatecat from Highgate Spr, VT
Owns this car

Very reliable. Roomy. Sunroof is fantastic. Good on gas. It's pretty. It drives nicely. I like the tomtom. It makes me happy to have purchased it.

Rating breakdown (out of 5):
0 people out of 0 found this review helpful. Did you?
Show full review
See all 66 consumer reviews 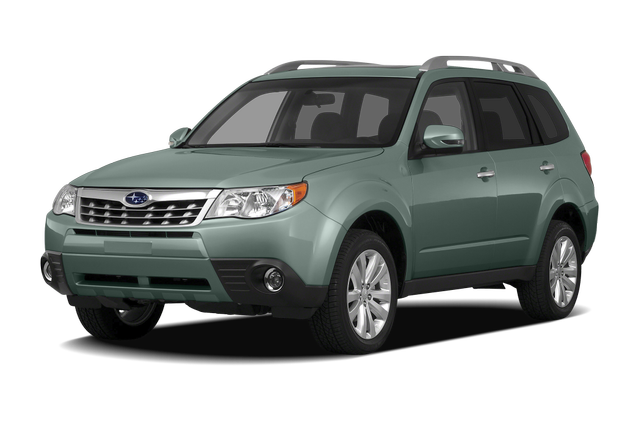 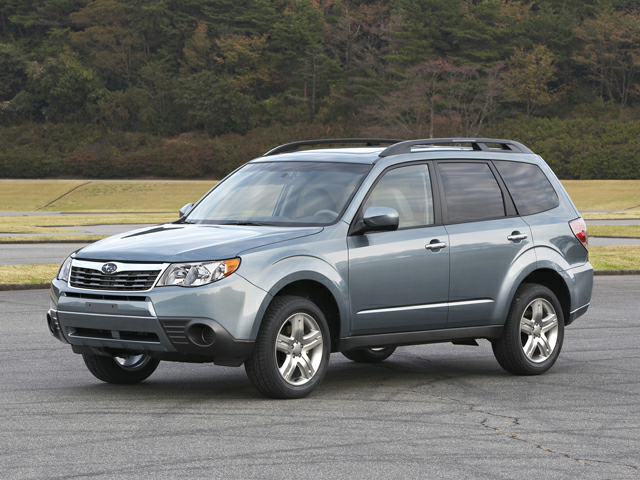 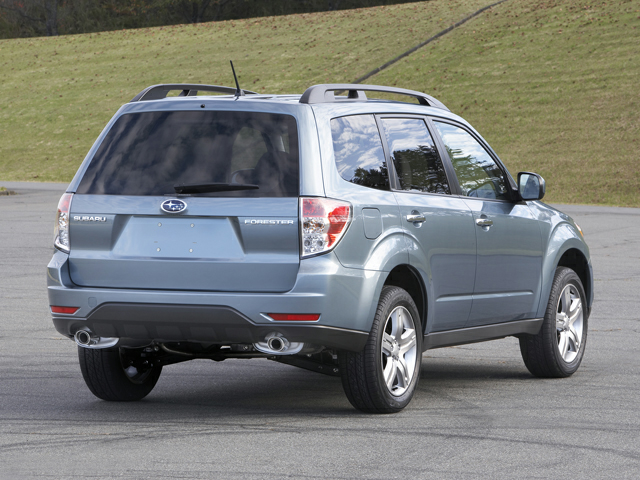 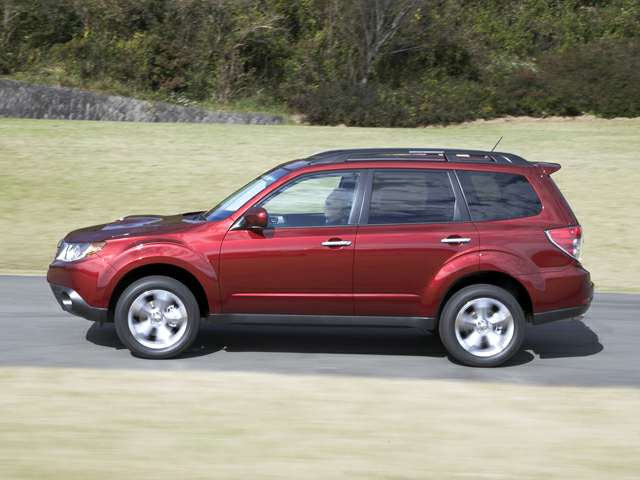 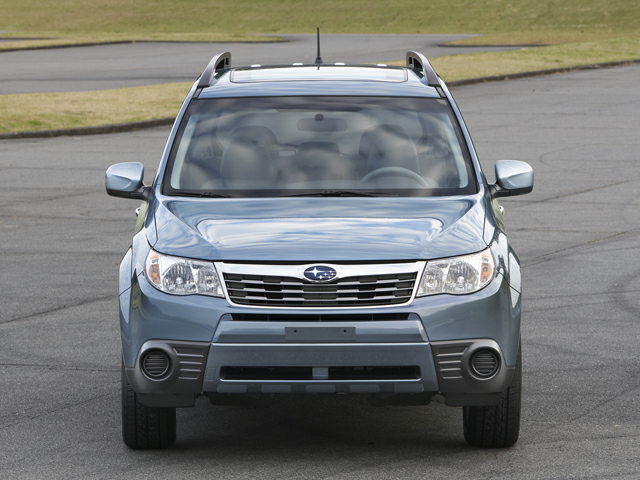 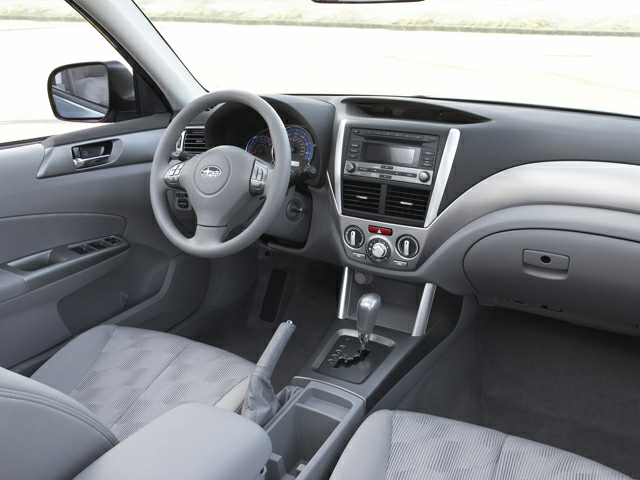 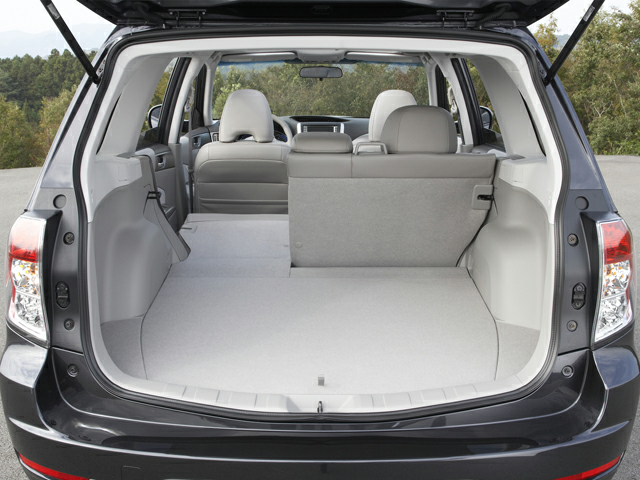 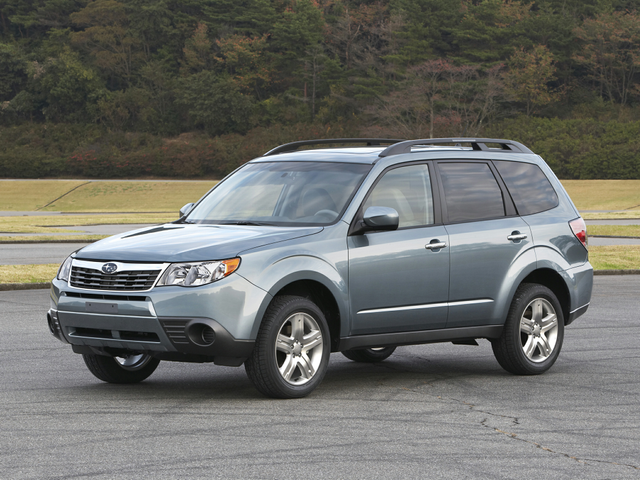 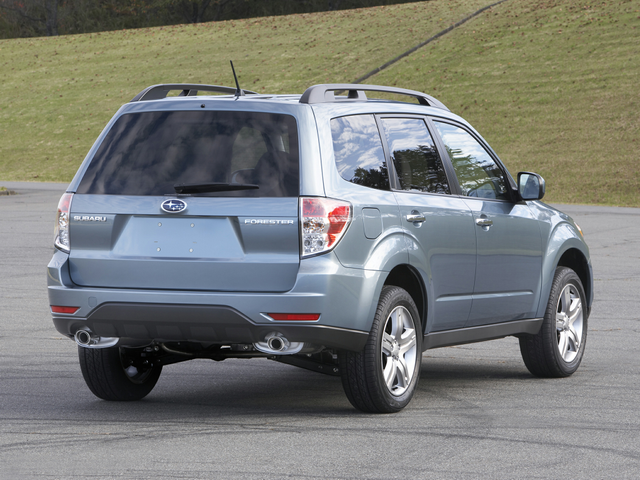 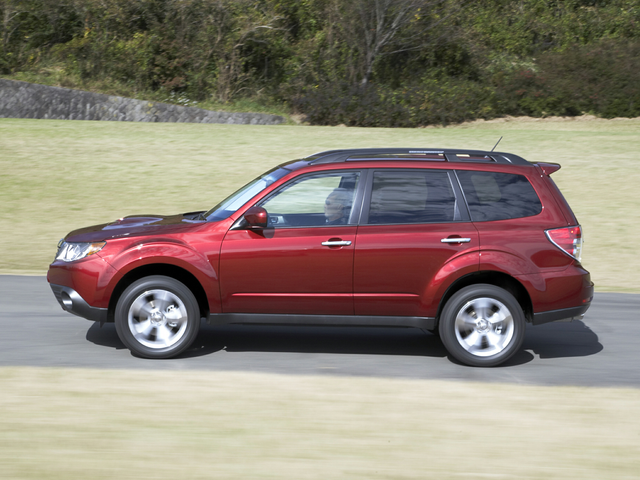 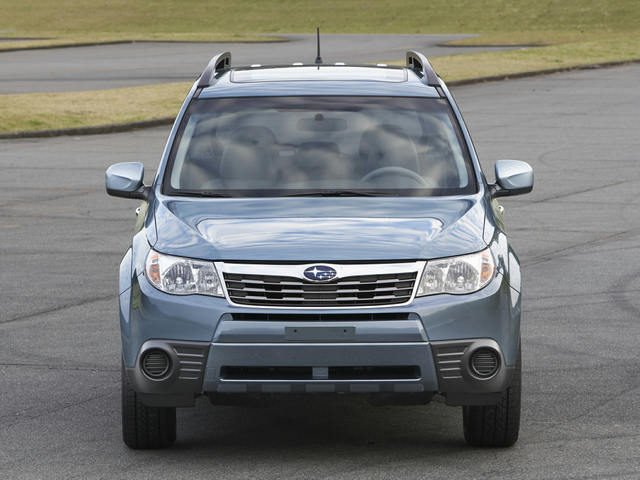 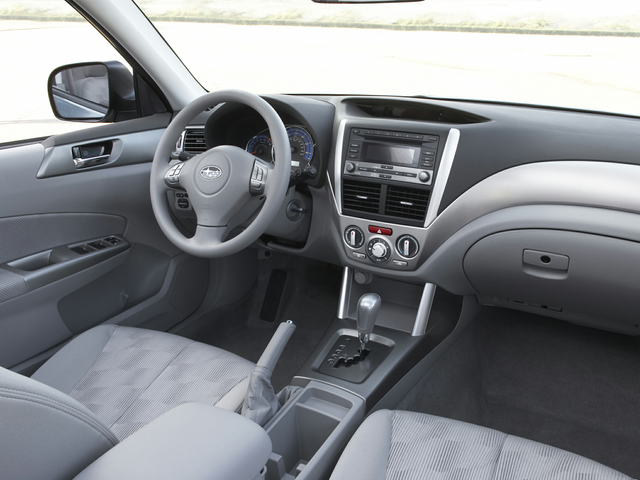