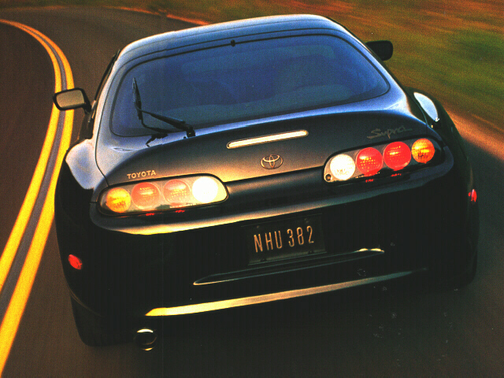 Our 1997 Toyota Supra trim comparison will help you decide.

I put forth the modest proposal that Toyota killed the wrong sports car. Two years ago the Mr2 got the ax, but I think Toyota should have banished the Supra from our shores.

Three of the hottest cars on the road today are the Porsche Boxster, BMW Z3 and Mercedes-Benz SLK. All are low-slung two-seaters, just like the MR2.

Had Toyota restyled the MR2, made it into a convertible and put some marketing muscle behind it, the MR2 would have been a strong contender in today’s resurgent sports-car market.

That said, Toyota is on track to sell just 1,600 or so Supras for the 1997 model year. It’s the most expensive Toyota car – and the least popular. The price is a bit lower this year, but because buyers can have a new Corvette for less or any of the new German sports cars for about the same price, Toyota is not finding many interested parties this year.

Note: The 1997 Supra is the model’s 15th year on the market. All ’97 Supras are outfitted with 15th Anniversary badges.

The Supra is available with a choice of 3.0-liter, in-line six-cylinder engines that sport double-overhead cams and 24 valves. The base model is rated at 220 horsepower. Add about 10 grand to the price and you get that same engine outfitted with a pair of turbochargers. The Supra Turbo’s engine generates 320 horsepower.

I tested a gleaming white Supra Turbo, a car that packed a tremendous wallop when I floored the accelerator.

When driven normally, only one turbocharger is used. But if you put the pedal to the metal, both turbos kick in, and the car blasts forward like a rocket. Zero to 60 mph takes about 5 seconds.

Our test car came with a six-speed manual transmission, which wasn’t available last year. Although the gearbox was easy to shift, the heavy clutch pedal required quite a bit of muscle. Still, the car was enjoyable to drive. Working the clutch proved no problem in heavy traffic.

Despite the Supra’s impressive acceleration, the car seemed a bit sterile, like many other Japanese sports cars. For instance, the crisp sound of a sports car’s rumbling exhaust is one of the things that gives these cars character. It’s one of the reasons why, despite a lack of utility, people buy them.

Toyota’s genteel engineers – apparently on a mission to eradicate automotive noise of any sort – made the Supra far too quiet. If the window is down and the radio is off, you can hear a muted growl from the chrome-tipped exhaust. However, with the window up, the car is no louder than your average Kenmore refrigerator.

Despite a lack of enthusiasm in the market for the Supra, Toyota keeps improving it. This year engineers made the body stiffer, which helps the four-wheel independent suspension system do a better job absorbing the energy from bumps. The Supra feels immensely sturdy, almost as if it has been over-engineered.

When driving the Supra, you feel as if you are surrounded by a ve ry substantial automobile. At 3,500 pounds, the Supra is no lightweight. In fact, it weighs 300 pounds more than a Corvette.

But the weight helps give the car a very smooth and stable ride. Toyota’s suspension engineers made sure the Supra has a lively feel. Your own driving ability (and the law) is the only impediment to how fast you can go around a corner. The car does not lean, and it remains easy to control under duress.

The power assisted rack-and-pinion steering system is tight and precise. The car can turn a complete circle in a commendable 35 feet.

The four-wheel power assisted disc brakes, which come with an advanced anti-lock system, stop the car quickly and without fuss.

Toyota has crafted an extremely functional but somewhat dull interior for the 15th Anniversary Supra.

I like the shape of the wrap-around dash and the placement of the controls, buttons and switches. But the plastic housing that holds the controls in place and the unremarkable analog gauges give the car a sterile, almost generic feel.

The interior is one place where a little bit of creativity with the trim would have given the car a personality. This is one instance where function won over form.

Two rotary knobs control the fan speed and air temperature, while other buttons change the direction of the air flow. Making a change requires little attention from the road.

The gigantic rear spoiler is the thing I dislike most about the Supra. Not only does it block vision out the rear, but it is essentially useless. At legal speeds, it has no affect on handling.

Our test car came with a removable targa top. However, taking it off is a burdensome affair.

The outside mirrors are too small, and there are huge blind spots on both sides of the car.

Driving the Supra reminded me again how well-made Toyota cars are – and how much I wish the MR2 were still around.

Truett’s tip: The Supra Turbo is a brutally fast grand-touring sports car that is fun to drive. But the car is very expensive and short on interior room.

Values will continue to rise

I've owned mine since 1997 and have loved every minute of it. It still gets complements every time that I drive it. I disagree with the comments about the price being to high. its simple lack of supply and continued high demand that drives the cost up.

It's amazing to drive and it's fast and furious. The engine and the car runs smoothly as ice it's the best car ever.

Rating breakdown (out of 5):
0 people out of 1 found this review helpful. Did you?
Show full review
3.4

Nice Car But Over Price

I can agree that it is a very nice car but I must add that it is over price an as a dealer I would think that U would know this. This must be your one car a week sale. I like but I can't buy it at that price.

Rating breakdown (out of 5):
1 person out of 2 found this review helpful. Did you?
Show full review
See all 7 consumer reviews 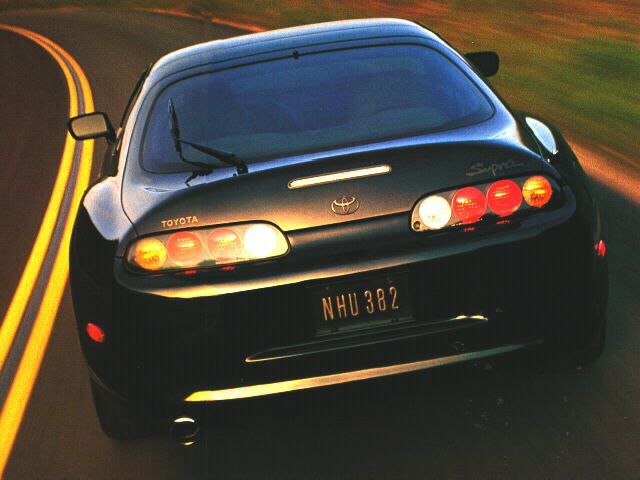 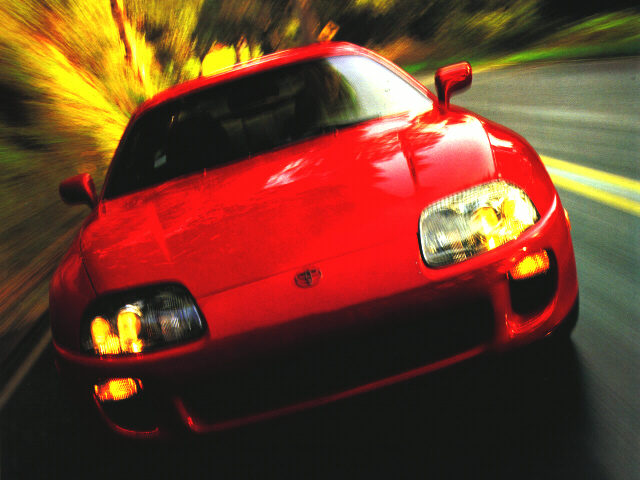 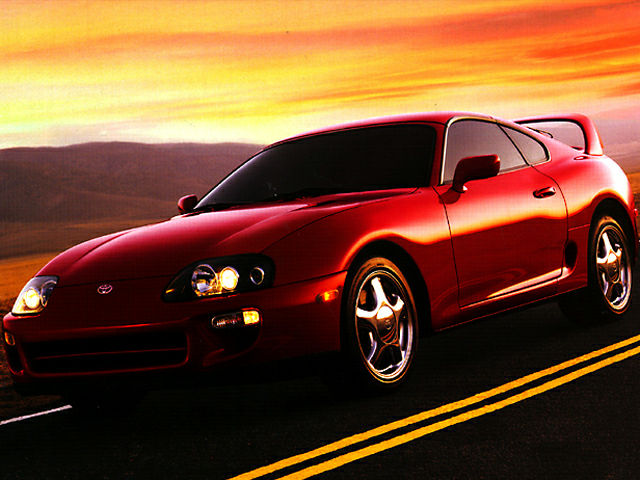 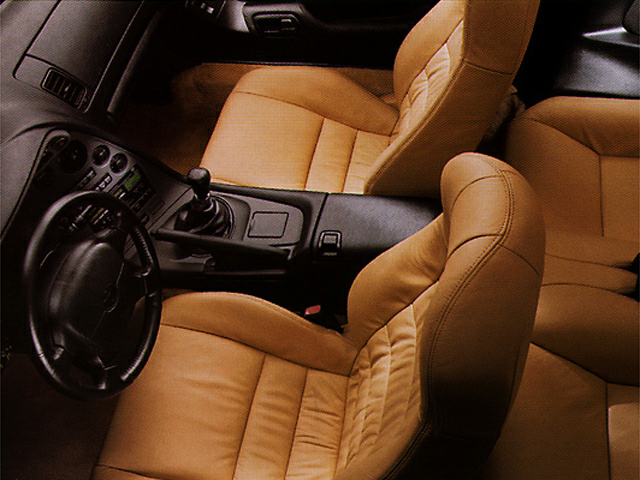 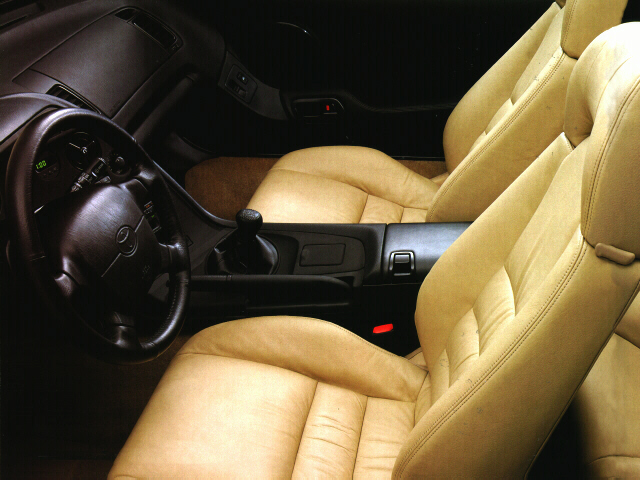