The all-new 2014 BMW 4 Series looks amazingly similar to the sleek concept that debuted at the 2013 North American International Auto Show in Detroit earlier this year. Essentially a coupe version of the redesigned 3 Series sedan, the 4 Series is a replacement for the currently sold 2013 3 Series coupe — which rides on the aging previous-generation platform — with a new name/number for the brand.

The 4 Series improves upon the old car in many ways to earn its 4 Series designation, notably with improved proportions featuring 6-Series-inspired rear styling in the fastback rear roofline. BMW further distinguishes the four-seat coupe from the sedan with a sportier appearance and driving dynamics.

The 4 Series is lighter, lower and wider than the outgoing 3 Series coupe. So low, in fact, that the 4 Series has the lowest center of gravity of any car in the BMW lineup, according to BMW. The 4 Series looks the part of a much sportier coupe than the outgoing model thanks to stretched dimensions and lower stance teaming with unique front styling and larger air intakes. The coupe’s suspension is tailored specifically for a sportier driving character with a unique spring and shock package, and 4-Series-specific wheel alignment specs.

Specific to the coupe are what BMW calls “air breathers” rearward of the front wheels to reduce drag. BMW says the 4 Series has aerodynamic lift qualities that match the current M3. Under-the-hood offerings are familiar, however, with engines borrowed from the 2013 3 Series Sedan. The 428 uses a 240-horsepower, turbocharged four-cylinder while the 435 has a 300-hp, turbocharged six-cylinder. BMW estimates zero to 60 mph sprints in 5.7 seconds for the 428 and 5.3 seconds for the 435.

Like the sedan, the 4 Series is rear- or all-wheel drive with a standard eight-speed automatic transmission and a six-speed manual as a no-cost option. Multiple driver-selected modes span the range of economy to performance with Eco Pro, Comfort, Sport or Sport+ settings that vary accelerator sensitivity, automatic transmission shift points and more depending on how the car is equipped — adjustable suspension, steering, etc. Eco Pro can cut fuel consumption as much as 20%, according to BMW. An auto stop-start shuts off the engine when stopped to save fuel.

BMW 4 Series trim levels include base, Sport Line, Luxury Line and M Sport packages differentiated by interior and exterior colors and material choices. The Sport Line features gloss-black painted exhaust tips and black rear bumper trim, as well as black and red interior highlights and a sport suspension. The Luxury Line makes those pieces chrome, and the M Sport Package has larger air intakes, M Sport suspension and brakes plus a unique rear bumper with diffuser and M Sport side skirts. The striking Estoril Blue Metallic exterior color is only available with the M Sport Package.

The 4 Series interior appears very similar to the 3 Series Sedan with similar feature offerings. It’s no surprise the wildly opulent concept’s inside didn’t make it into production. Functional features like the 40/20/40 split-folding rear seats from the sedan carry over. The 4 Series is available with a color head-up display, full LED headlights and navigation.
Safety features include 10 years of BMW Assist, which makes an emergency call when a crash is detected, available collision warning, blind spot warning, adaptive cruise control, lane departure warning and more. 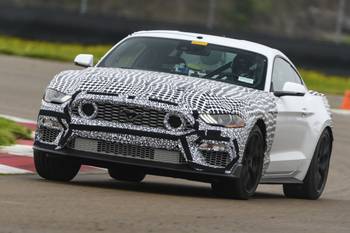 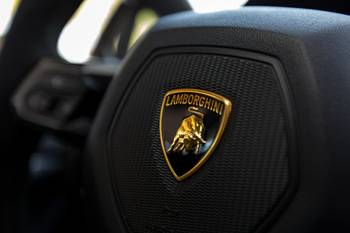 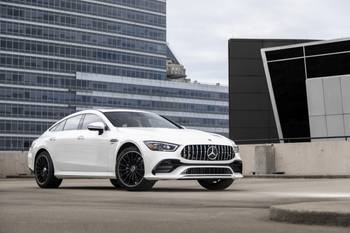