Cashen says he’s expecting to sell the 40-mpg version of the Flash for about $50,000; given its electric-hybrid approach, it’s likely to be eligible for a $7,500 federal tax credit. Cashen expects to be making the first deliveries of the trucks by June 2010.

According to Damico, EMC’s announcement that they would be building their trucks in the Elkhart area “got the ball rolling” in creating interest in electric-vehicle technology. “We needed something other than RVs, but now there are even two RV companies hiring people back — Dutchman and Keystone — and interestingly, they’re building toward more fuel efficiency, redesigning them smaller, building more towables.”

Will any of these investments make a real difference to the area? Can the so-called “RV Capitol of the World” claw its way back? Damico says it will take a long time before all of those high-paying jobs are back, and any real recovery is still more than a year away.
“Can we get all those people who lost their jobs back to work?” asks Damico. “I don’t know the answer to that. I don’t know if electric vehicles are what’s going to do it either.”

“Let’s face it, there is no market for plug-in electrics,” Cashen said. Plug-in cars are “an industry that’s being legislated into existence. [The Obama administration] has done enough to excite the industry, but Americans don’t want to edit their lifestyles. What we need are early adapters, and those are range-extended vehicles that people can drive like normal cars.”

This is an important point because consumers have to be either willing to buy vehicles that they can’t drive much farther than 100 miles, such as the Nissan Leaf, or they have to be willing to pay a premium to get the range of a typical car, found in vehicles such as the Tesla Roadster (sticker price $101,500) or the Chevy Volt — a sedan that will likely cost $32,000, even after tax credits are applied.

The struggling working class of Elkhart won’t be the first customers for these vehicles, which will likely be sold on the coasts where people can afford the luxury of environmentally-friendly drivetrains.

For the people working to introduce electric vehicles to the American consumer, that time has begun and a revolution is in its early stages.

“All we got to do is change the world,” Neufeldt said with a wry smile.

Neufeldt, who lost his job of 32 years in September 2008 found himself introducing Obama to a crowd in Elkhart five months later. His story was quickly picked up by media outlets, probably because its indicative of a country in economic crisis.

After introducing Obama, Neufeldt was recruited by Cashen to become a spokesman for Green Jobs for America, an umbrella organization for companies pursuing clean-energy technologies.

“Now I’m going to travel the country educating people, promoting what we’re trying to do, which is put the American people back to work,” Neufeldt said.

He is bullish about the prospects that the public — and especially the people out of work in Elkhart County — will catch on. Even after hearing about the scene of Mr. G’s, where Amy Picuda and the lunch crowd expressed great skepticism of everything from federal stimulus money to plug-in technology, he remains optimistic.

“This country has got to do something,” he said. “And I do believe we can have a green revolution. People are so desperate for work around here I think they’re starting to believe it.” 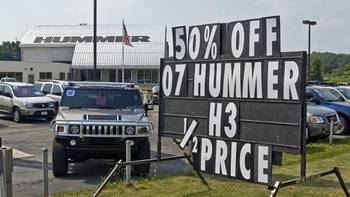 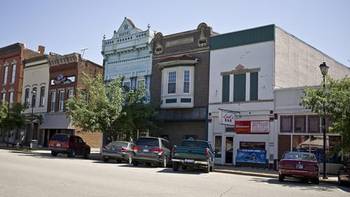 Greensburg: Honda Plant Promises Jobs, But Not for All