Our 2000 Buick Park Avenue trim comparison will help you decide.

As motorists age, they often want a few more pounds and several more inches of protection wrapped around them.

As motorists age, they also demand easier entry and exit from the vehicle and lots of room to stretch the bones once inside.

As motorists age, they also want a trunk that will hold the luggage used on numerous and lengthy trips.

Park Avenue to the rescue one more time.

And as motorists age, they want an engine powerful enough to haul them and the luggage and still make it up hills without straining. And more important, an engine that will scoot them into the merger lane without hesitation when afforded only a small window of opportunity to join the crowd.

And for 2000, the full-size Buick sedan adds another benefit that older and mature drivers–in fact, drivers of any age–will appreciate: StabiliTrak, the stability-control system borrowed from Cadillac that senses when you are about to overdrive the limits of the car and are in danger of sliding or skidding. It slows and stabilizes the car to help you maintain control.

StabiliTrak earns its keep primarily on wet, snowy or icy roads as well as during sudden evasive maneuvers. It’s a security blanket.

In addition to StabiliTrak, the Park Avenue Ultra we tested came with four-wheel disc brakes with anti-lock; traction control that regulates engine fuel flow as well as the ABS to bring a slippery or skidding wheel under control; variable-effort steering with higher pressure at higher speeds and lower pressure at low speeds, such as when trying to park a 4,000-pound sedan.

And there are dual front as well as side-impact air bags, the latter in the sides of the front seats so they move with you whenever the seat is motored forward or back, rather than housed in the doors where any seat movement can distance you from the protection.

And the supercharged V-6 serves a dual purpose. It provides 6-cylinder fuel economy for a 4,000-pound car (18 m.p.g. city/27 m.p.g. highway) when cruising along the interstate, but delivers V-8 energy when called upon to move those pounds quickly from the light, into/out of the passing lane, down the merger ramp or up the incline. And it performs quietly.

Tough to fault the Park Avenue, though we found a few flaws. The most noticeable is that the 113.8-inch wheelbase and 206.8-inch overall length has become perhaps more than a bit outdated. It appears, based on consumer preferences for so-called smaller, entry-level luxury cars, that what motorists want is the interior room of a Park Avenue but the exterior dimensions of a midsize Buick Century.

Park Avenue’s size is OK if you have a three-car garage, and you park in the middle wit h nothing on either side. But when slipping between the lines in the vacant opening at church, we found we had to swing wide to get the nose pointed properly and the back end to follow the same path. At church you should always utter, “blessed be God,” not “this blessed Buick . . .”

Also, because this is a full-size luxury sedan, it came covered with cowhide everywhere. If a few patches of cloth or suede had been applied to the seat back and bottom, the seats would not only be cooler in the summertime and less frigid in the winter, but they also would be less slippery in any season when making those evasive or emergency maneuvers that Buick thought necessary to control with StabiliTrak.

Upfront, our test car came with the optional “convenience” console, a $185 plastic mound that separates the front seats and forces buckets to replace a bench. Awfully big console, even if it does offer lots of goodies, such as flip-out-and-over cupholders and cell-phone holder, flip-up plastic writing tray, coin holders, power plug and stowage bins. A little slimmer design would be nice.

Last gripe is strictly personal–the name. Maybe when the next-generation Park Avenue appears it would be time to reach into the bag and come up with something fresh to denote a fresh vehicle. The LaCrosse, the name used on the Buick concept sedan of the future on this year’s auto-show circuit, sounds nice.

The Park Avenue Ultra we tested starts at $36,800, which, if memory serves, costs only about $5,000 more than a much smaller Lexus ES300, which offers far fewer features as well as a lot less room–and no StabiliTrak much less supercharged V-6.

I had never thought about the Buick Ultra, but when I could not find what I was looking for on the lot. The salesmen said we have one other car that is not ready for display. I asked what is it and he said it was a 2000 Buick Park Avenue Ultra. I asked what did that look like. He let me know it was black(I got very interested). So he took me into the building and showed me the Buick and it was beautifully designed. I came back later that day when it was ready to be put on the lot. I drove it and I was bitten, I bought that car with 137,000 miles, it now has 315,000+. Still delivers great gas mileage 36 hwy, but the city miles are not that high. It has so many great features, sunroof, full power front seats, heads up display is so good, memory for 2 keys that set seat position, radio, Disc player, tape player, mirrors, automatic door locks and so much more. The ride is superior, like floating on a cloud. The cabin is very quite, I have driven to Vancouver British Columbia on one trip, Sardis to Niagara Falls by way of Arkansas. See one, check it out if everything is good it is a good chance that everything will be good for a longtime. Enjoy!

Driving my Buick all around town with my family al

Great vehicle had mine for many years I’ll never get rid of it. Very reliable and the comfort is terrific. I fix what ever breaks.

Rating breakdown (out of 5):
6 people out of 6 found this review helpful. Did you?
Show full review
See all 17 consumer reviews 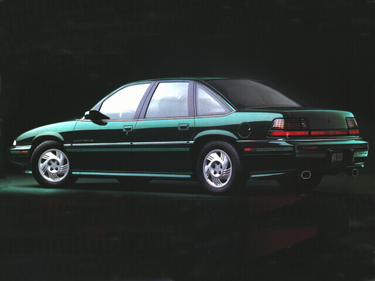 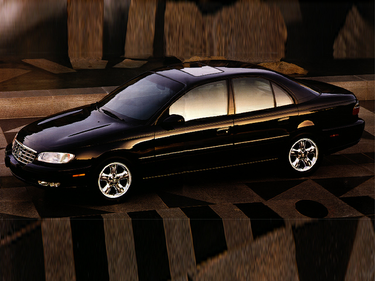 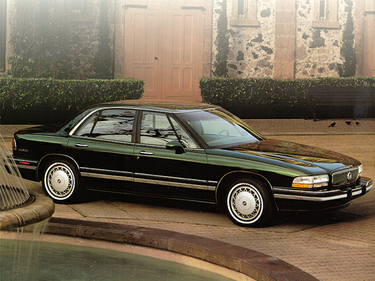 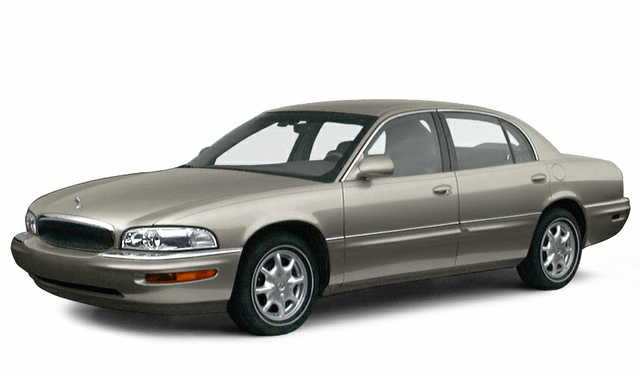 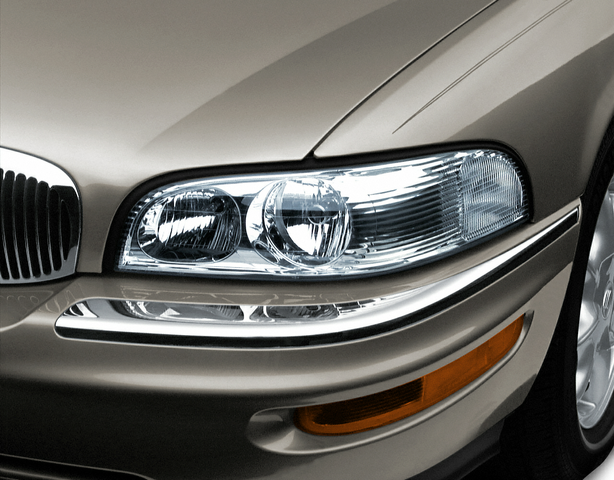 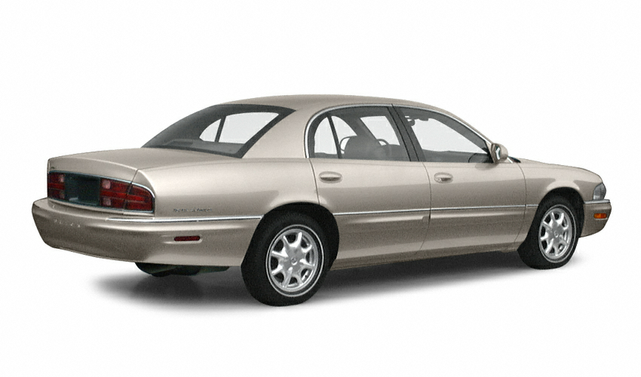 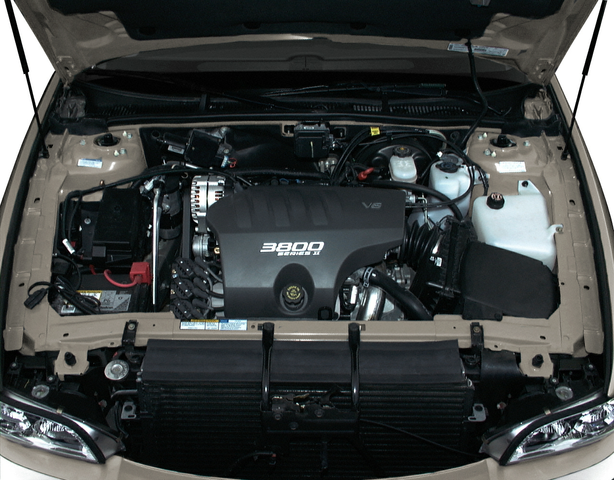 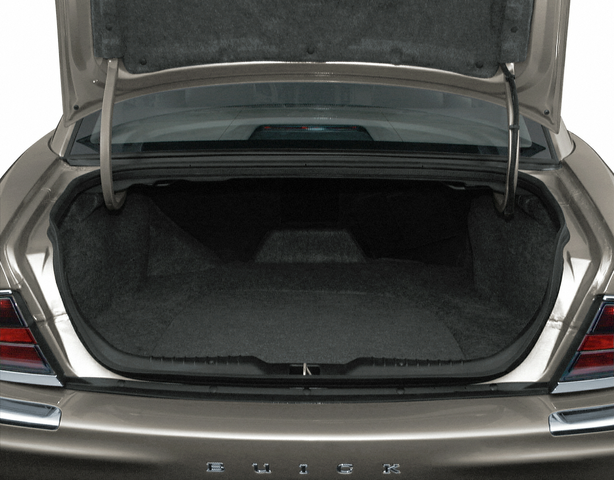 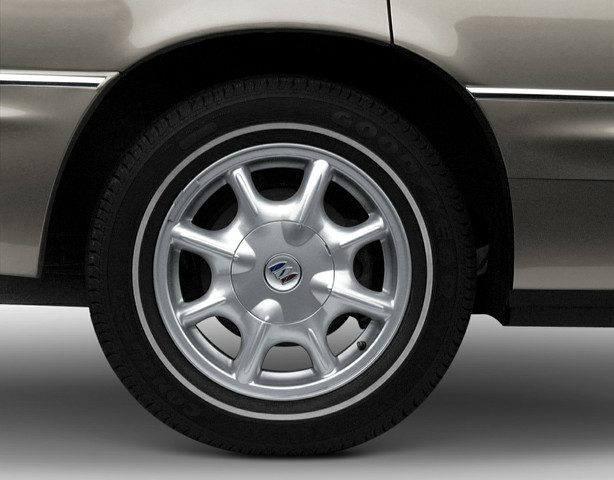 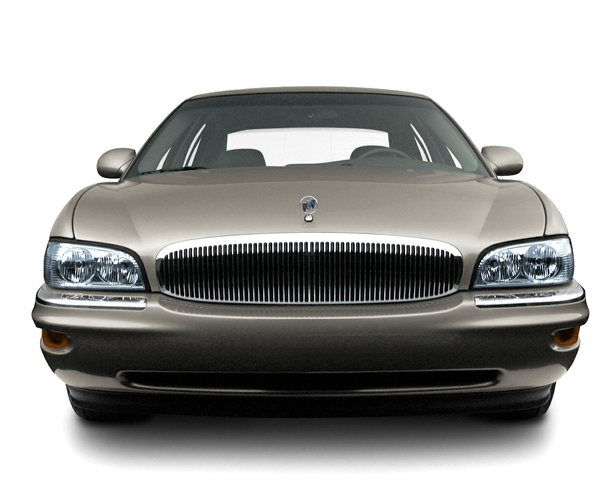 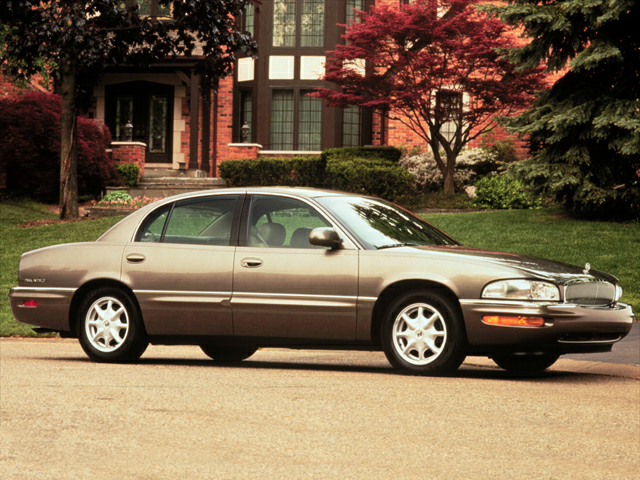 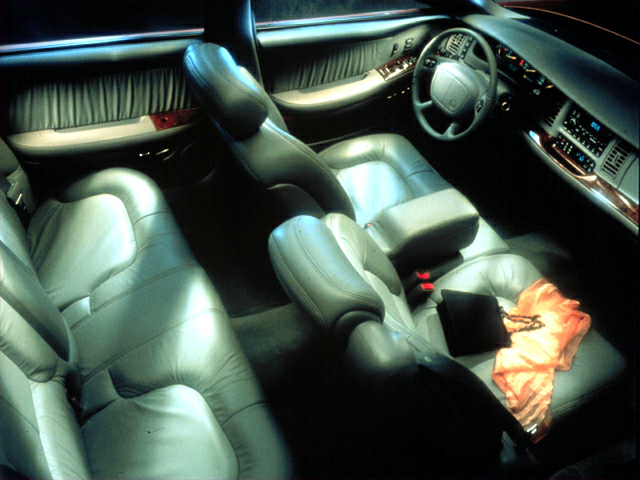 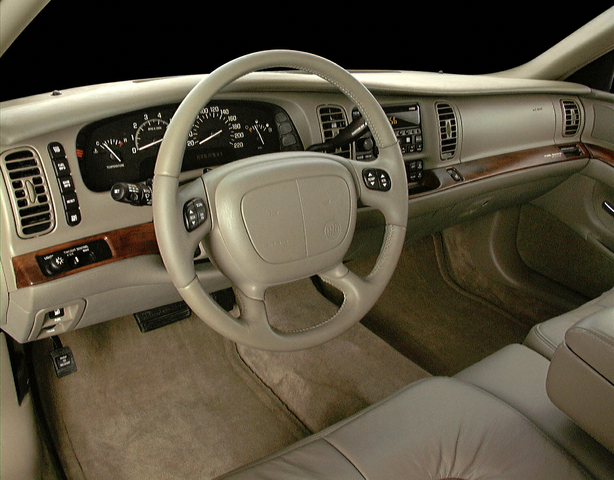 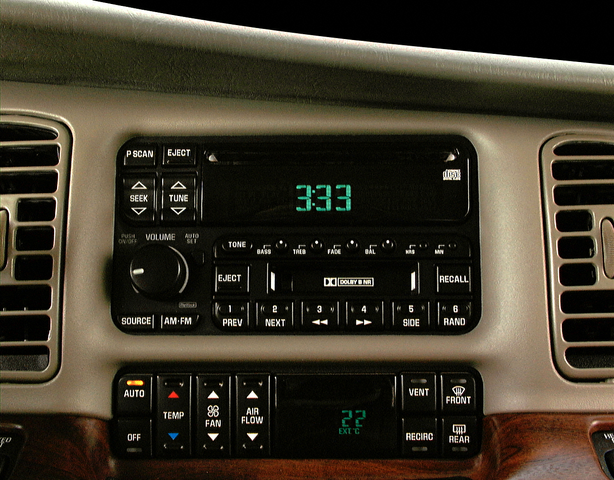 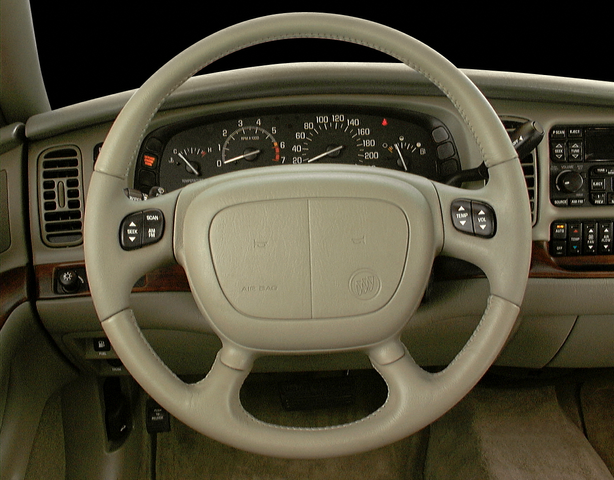 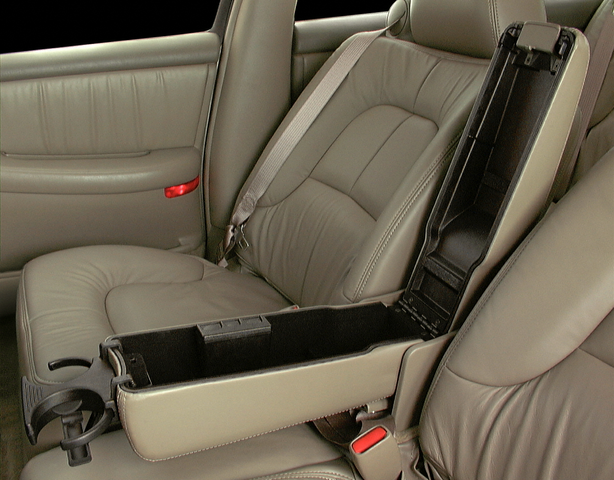 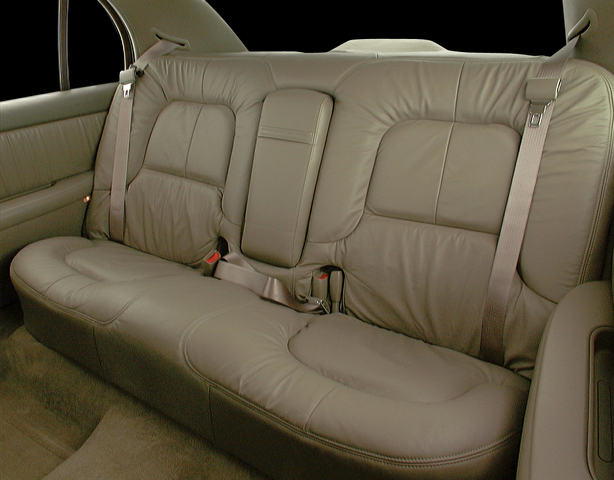 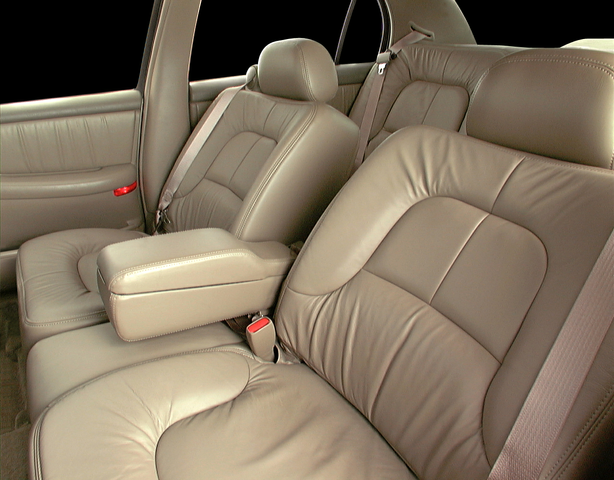