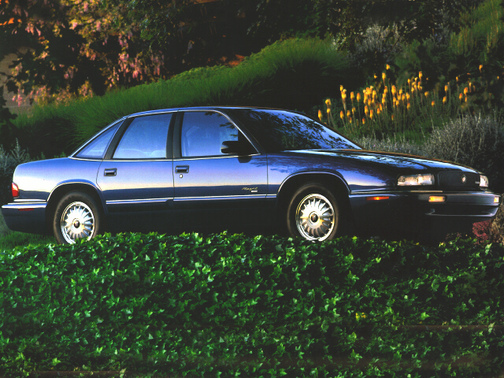 Our 1996 Buick Regal trim comparison will help you decide.

THE CAR came without gold chains and an open-collar shirt, or a black leather jacket or dark glasses. It also came without the classic male, middle-age paunch. But everything about it said crisis-time, gotta-shake-these-near-50-still-owe-tuition- can’t-afford-a-Porsche blues.

The 1996 Buick Regal Gran Sport sedan. That’s “Gran” without the “d” — a spelling engineered to give the car more panache. Note the difference between the sound of “Grand” and “Gran.” The d-less “Grand” sounds more sensuous, don’t you think?

Anyway, the test model was black on black with a blacked-out grille and highly polished chrome wheels beneath silver rocker panels — the paneling below the doors of an automobile. It obviously came from the Oakland Raiders School of Design, which was cool, considering the Regal Gran Sport’s intended market.

To put it kindly, that market is the plateau of American manhood — that psycho-economic flat spot that finds many men not quite failures, not quite successes, but still struggling to add zoom to an extraordinarily ordinary life.

And the Regal Gran Sport does just that. The thing can kick butt, which is also cool, as long as that butt isn’t wearing a state trooper’s uniform and sitting inside a big Chevrolet Caprice with flashing lights.

Background: The Gran Sport sedan is a Buick Regal on testosterone — a deliberately male-oriented machine designed to change from family hauler to hot-rod as soon as it clears the driveway sans spouse, kids and family pets. Buick’s marketers say as much, and the Gran Sport lives up to that billing.

That’s the problem. As a symbol, the Gran Sport is dreadfully transparent. It allows people to see right through you. Example: A woman in a Northern Virginia shopping mall saw me getting out of the Gran Sport and said: “I guess that’s your toy, huh?” She then smiled and shook her head as if to say: “Don’t worry, honey. You’ll get over it.” I was devastated.

What the heck? The Gran Sport is equipped with an extensively revised version of General Motors Corp.’s trusty 3.8-liter V-6 called the 3800 Series II V-6. The new engine is rated 205 horsepower at 5,200 rpm, 35 horsepower more than the previous model. Max torque is set at 230 pound-feet at 4,000 rpm.

The Gran Sport’s suspension has been tweaked to give it a more sporty feel than lesser Regals. But it also shares much with its softer siblings, including front-wheel-drive, standard dual-front air bags, air conditioning, power four-wheel-disc brakes with anti-lock backup and an electronically controlled, four-speed automatic transmission.

The other Regals include the Custom, the most affordable version; and the Limited, the luxury model. All Regals are available as sedans or coupes.

Complaints: The feel of it, which was something like being trapped in an eternal run of “Saturday Night Fever” with John Travolta.

Praise: Mechanically, the Regal Gran Sport sedan is aces. It has substantially more oomph than say, your everyday “Japanese Chevrolet” — otherwise known as the Toyota Camry.

Head-turning quotient: A motorized leisure suit — superbly stitched, but decidedly out of date.

Purse-strings note: The Gran Sport has one of the best engines of any car in the mid-size category. It’s far more fun than driving a Camry, Honda Accord, Chrysler Concorde or, for that matter, Ford’s 1996 Taurus. If only Buick could do something about the Gran Sport’s styling.

October 12, 2019
By oldiebutgoldie from new boston, ohio.
Owns this car

its very comfortable and rides smooth down the road even at high speeds, but one thing I don't like is no cup holders. other then that its a great car to keep around for long drives with the family.

When my parents bought me this car used, in 2002, it had 70,000 miles and they were offered a $7,000 price (including all associated costs). The transmission started going out (but held on for dear life) almost as soon as I drove the car off the lot. Within a couple months, the driver's side interior door control panel had popped off of it's screws, and never was able to be screwed back down correctly, as the screws are proprietary, so no one had the right ones to fix that with. A few months after that, the windows started grinding or getting stuck, and eventually, I just quit using them unless absolutely necessary. Within a couple years, the cruise control went out (it wasn't just a contact-point problem, either), then the A/C wound up with some a leak that would have meant tearing out the whole engine just to get to the correct line to replace it. That would have been a $1,500 repair, so it never got done. About the same time, the paint started wearing off, and the "Regal" decal on the driver's side broke in half. Maybe 3 years after that, the lights on the dashboard went out, so I couldn't see my speed or my gear positions at night, and that would have also been expensive to replace, so I stuck some LED lights on the steering column, aimed at the speed indicator, and plugged into the cigarette lighter, because that only cost me about $5 or so. I don't smoke, so no biggie, but I find that utterly annoying, and have been learning that this is a common problem with Buicks - their dashboard wiring doesn't last long. The breaks were perpetually wearing down too soon even though I wasn't doing anything to cause that, and the car came without one of the parts that stabilizes the breaks (I no longer remember the name of that part, sorry). A couple years after that, something went wrong with the gas system - this car was leaking gas into the ventilation system, to the point where even taping down the vents and not using them at all wasn't enough - I had to keep all the windows rolled down, even though the weather was cold, rainy, and at times even snowing. I also had to wear a painter's mask, for all the good that did me. Had I done anything else, I would have been gassed to death while trying to drive this thing. The repair for that was several hundred dollars (I don't remember exactly how much anymore). Not long after that, the black plastic exterior driver's side door strip next to the window (upper half, straight up, not angled) blew off in the wind as I drove through a storm. There were always problems with the driver's side lock. The engine assembly under the hood (engine + other parts) is poorly designed so that, no matter what repair needs to be done to it, it requires everything being pulled apart to get to the part that needs fixing or replacement, so that's always highly expensive. There's a weird, needless "crossbar" over the battery that gets in the way even of that being used to do a jumpstart or getting replaced when needed. The steering fluid input (or whatever that's called) is hidden clear in the back and way deep down, next to a lot of hot items (if your engine has been running at all), and dangerous to use to refill that. About three years ago, the radiator blew when I was in a hospital parking lot, sick as a dog, and definitely not in a position to deal with a "sick car." About a year ago, there was some leak in the line for the steering fluid that, again, would have required much of the engine assembly to be pulled apart, just to replace that line. More money down the tubes that I didn't have - and then, almost as soon as that had happened, the head gasket blew, and that would have cost $6,500 to deal with, because the parts needed for that would have cost the same as a new engine, about $2,000, but to replace the engine meant also paying for a lot of other parts + labor + taxes, and altogether, it would have cost me the same as another used car or a downpayment on a new car. Still, I tried to get to a place where I could somehow pay for that anyway, but was unable to do so, and wound up selling it to a steel & salvage company, and getting $125 for it. I had this car for 17 years, which were long, hard years, and for all it's problems it was a long-time part of my life, and though I had to prioritize the repairs (some never got done due to low priority and high cost), I still dumped tons of money into it and feel like I did not get a good return on that investment in the end.

Was a very reliable car

This car was extremely reliable until after a short commute lately mmute lately. After arriving st home a fire self ignited in the engine bay. The fire destroyed the car. 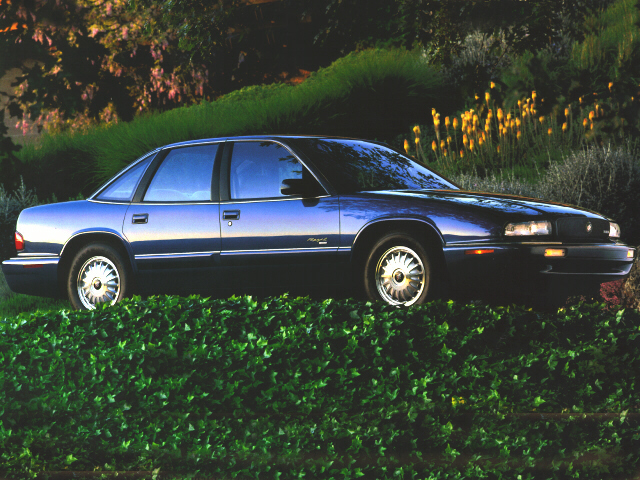