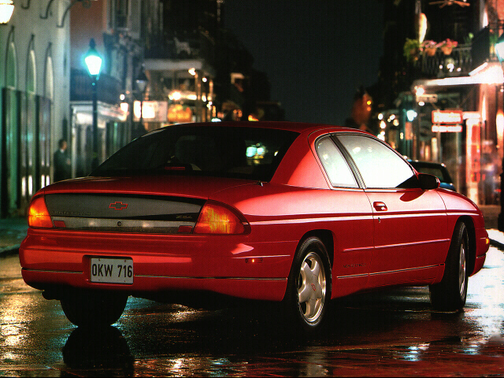 Our 1996 Chevrolet Monte Carlo trim comparison will help you decide.

The Monte Carlo name holds a special place in the hearts of Chevy loyalists.

The last time a car had this name gracing its flanks, Bill Clinton thought Whitewater was a good investment. With its knife-edge styling, opera window and rear-drive V-8 performance, this was an all-American styling statement. It was big, space-inefficient and loved by Chevy devotees, who would buy any car as long as it was called a Monte Carlo. The name was enough for people to order the car sight unseen when it first came out.

So, does today’s version live up to its legendary reputation? Does its styling go for baroque, as the Monte always has done?

Well, in this age of computer-designed efficiency, there are no more opera windows (just a fixed rear window), V-8 power (only V-6s), or rear-wheel drive (front-wheel only). The Monte Carlo for 1996 is basically a two-door Lumina, except it goes wild with a rather thick rear C-pillar. The overall shape is very aerodynamic (better for the NASCAR Winston Cup series), yet distinctly American.

The same could be said for the interior. Despite the influence of European design on the dash, the seats (a 60-40 split bench seat with storage armrest) lacked support for the type of driving a Monte Carlo driver would most likely do. Spring for the optional bucket seats — they should be more comfortable. The rear seats have decent space for a coupe, despite the fact they’re rather low. But then, this is a coupe. If you want comfortable rear seats, buy a sedan. Leather seating surfaces are an option on both the base LS and sportier Z34.

Control layout is much better than any Lumina coupe could ever hope to be. The dash now features dual airbags and incorporates one of Chevy’s best designs in years. Two big, simple knobs constitute the climate controls and are easy to use and understand. Along with them are two sliders, one for each front-seat passenger, to adjust the temperature to their own needs. The radio also features two knobs, but duplicate steering-wheel controls render them redundant. Particularly useful is the mute button, which turns the sound off momentarily when you pull up to a toll booth or ask for directions.

Another nice touch is the petrochemical wood that permeates the interior. It’s obviously fake, but warms what would otherwise be a cold interior. The quality of the materials is better than last year. The overall effect is much more impressive than previously and more competitive with its rivals.

Noise levels are lower, with big reductions in wind and engine noises — not world class, but still quite good. Thank sandwich steel construction, thicker glass and other measures to help keep the racket down.

OK, so it’s comfy. How does it go? No doubt very fast with the optional 3.4-liter double overhead cam V-6. With the standard 3.1-liter, it’s decent for most occasions. Although not blindingly fast, the 160 horsepower plant moves this 3,306-pound car with some authority. Just don’t challenge any Mustang GTs. There’s some noise when pushed, but it isn’t objectionable.

The suspension is independent at all four corners. The ride was rather typical for a mid-size GM car. It tends to lean towards the spongy end of the spectrum, but sharp impacts are still felt. Push the base car through a corner hard and you’ll feel some understeer and plowing. It’s a safe, but not sporty, set-up.

Front disc, rear drum anti-lock brakes are standard on the LS. Jump up to the Z34 and you get four-wheel discs. Braking wasu eventful, but if it ever becomes eventful, this car doe s meet 1997 side impact standards.

Introduced in 1970, and featuring a 454-cubic-inch, 360 horsepower V-8, the Monte Carlo certainly has a performance heritage. Its place in NASCAR history is assured.

But this Monte Carlo, especially in the LS version tested, leans more toward the second generation in spirit. When introduced in 1973, options like the Landau package and Colannade package proved that style and comfort were as important as speed. For those who like a fine suit of clothes, this will do just fine. But for those to whom NASCAR is the true meaning of life, only a Z34 will do.

November 4, 2011
By Cujo from Wooster, Ohio
Owns this car

Bought this car from a friend - it's the Z34 model - who takes immaculate care of their vehicles so I figured it was a safe bet - boy was I wrong! Within the first 2 months the valve gasket started to leak and fouled the plugs, well that was $400.00 to fix and I didn't have the car for over a week. In the next month, the windshield wipers stopped working - was it the wiper motor or the relay switch? Well it cost another $400.00 to figure out it was neither, there was a short in the wire! In the meantime, the lever that controls where your heat or ac blows from stuck on defrost and floor - not even going there to figure out how to fix that! Now my driver side window is stuck down and it's 50 degrees outside and getting colder! This car is a money pit!!

i have the same car, very reliable. mpg in the city, very good for a v6. i had mine for 6 years. still have it now. for that cost, ill get it 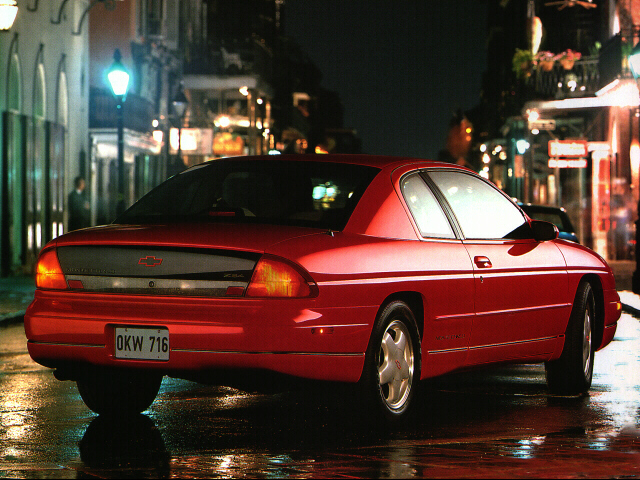