Our 2013 Cadillac SRX trim comparison will help you decide.

The 2013 Cadillac SRX is one of those rare crossover SUV vehicles that feels like a positive addition to my family life, making my daily journey just a bit more comfortable with every corner we take.

The Cadillac SRX has a few changes for 2013, most notably (in my book) some active safety features, along with a slight price increase to reflect those changes. See the 2013 and 2012 models side by side here.

The five-seat 2013 Cadillac SRX comes in base, Luxury Collection, Performance Collection and Premium Collection trim levels. See them all here. The base has front-wheel drive, while the others offer a choice of front- or all-wheel drive (AWD). I drove the top-of-the-line all-wheel-drive SRX Premium.

If you’re in the market for a small luxury crossover, you may also want to look at the Lexus RX, the Audi Q5 and the BMW X3.

EXTERIOR
The SRX’s exterior styling was a bit of a mixed bag for my family. While I tend to prefer sleeker, smoother-looking cars, at least the sharp angles of the Cadillac SRX stand out and look unique on the road. I appreciate driving a vehicle that looks like something, rather than a beige, bland blob on wheels.

My husband, however, mused that while Cadillac’s distinctive sharp lines look modern today, they may start to date its vehicles in a few years’ time. Style is obviously subjective, so you’ll have to decide for yourself.

The SRX’s low step-in height made it quite easy for all three of my daughters (ages 8, 10 and 12) to clamber in and out of the car without the grave risk of tumbling out in front of their buddies in the carpool lane or tearing their super-cool new tie-dyed tights.

FAMILY-FRIENDLY FEATURES
While the Cadillac SRX has definitely focused on safety, drivability and edgy angular design, it also includes many practical family-friendly features, along with a couple of blatant oversights.

There are two-tier, in-door storage bins in all four doors, providing plenty of space to store family “junk.” There are also netted pockets on the backs of both the driver and passenger seats, and a fold-down center armrest in the backseat that includes cupholders and a covered storage bin to keep the kids organized.

The armrest storage bin is sized perfectly to stash two sets of the Cadillac SRX’s wireless bluetooth headphones and gaming-inspired remote control, both of which have been newly redesigned. They come with the optional entertainment system and Blu-ray player. My kids instantly gravitated toward the “super cool” remote that was easy to hold and operate. They were quickly able to navigate their way through the system — without help from me — while remaining securely buckled.

Our family also really enjoyed the large available panoramic glass roof, which allowed us to enjoy some “virtual” top-down motoring in the winter and some stargazing at night.

The Cadillac SRX features 36.3 inches of backseat legroom, just slightly less than the Lexus RX and the BMW X3, both of which have 36.8 inches of legroom. The Audi Q5 has 37.4 inches. While sliding rear seats aren’t common in this category (oddly enough, they’re more common in lower-cost crossovers like the Chevrolet Equinox), Cadillac should have taken the initiative to put them in. I kept reaching down to try to slide the seats back and give the kids some much-needed legroom.

Cargo space in the SRX also falls on the shorter end of the spectrum compared with other small luxury crossovers. The SRX has 61.1 cubic feet of maximum cargo capacity (with the rear seats folded). The Q5 has 57.3 cubic feet, the X3 has 63.3 and the RX takes the cargo cake with 80.3 cubic feet. See these models compared side by side with the SRX here.

The power liftgate — standard on the Luxury, Performance and Premium collections — was much appreciated by me and my husband. None of our kids could reach the button to close it, as it’s located on the bottom edge of the raised gate, out of reach even for our 12-year-old. While it drove the kids crazy, in hindsight I prefer to operate this feature myself anyhow, keeping the kids away from any head-bumping potential.

Up front, as both a driver and a passenger I appreciated the Cadillac SRX’s luxurious fit and finish, but I loathed the front cupholders. They were sized so that a standard tall Starbucks cup fit with the lid flush up against the top of the cupholder. In order to remove my cup, I had to lift my hot latte precariously by the lid alone, then try to grab the cup quickly before the lid popped off, spilling its contents over the entire center console.

Cadillac’s new CUE — Cadillac User Experience — controls and touch-screen were novel and seemed cool at first, but I got over them pretty quickly. The smooth, piano-black surface on the console readily shows fingerprints, and the white print and icons were already beginning to wear off on the most used areas. The smooth surface of the panel and the large touch-screen give you haptic feedback when you tap the buttons, which essentially means they sort of thump when you touch them. I think I’d prefer some old-school physical buttons.

The driver’s leather seat (power-adjustable in eight ways on all trims and heated on upper ones), tilt and telescoping steering wheel (heated on upper trims), and adjustable pedals on the upper trim levels managed to create a perfect fit both for me, at 5-feet, 3-inches, and for my husband, who is nearly a full foot taller. That’s a tall order that the SRX stretched to fit seamlessly.

BEHIND THE WHEEL
From a driver’s standpoint, the all-wheel-drive (AWD) Cadillac SRX handles much more nimbly than a stereotypical family-hauler. On dry roads, its 306-horsepower, 3.6-liter V6 engine paired to a 6-speed auto transmission was fun to drive, with ample power and very little body roll on the topsy-turvy roads in my neighborhood. The SRX had a very drivable blend of comfort and V6 performance, and with its active noise-canceling technology proved to be an easy daily driver regardless of how many hours I spent chauffeuring my family around.

Our other editors noted a mushy feel to the brake pedal, but this wasn’t something that stood out for me. I did feel ever so slightly disconnected from the road when driving during a severe Colorado snowstorm, but that’s compared with my personal AWD sedan that has a very low center of gravity.

The 2013 SRX gets an EPA-estimated 17/24 mpg city/highway with front-wheel drive and 16/23 mpg with AWD. The combined city/highway ratings are 19 and 18 mpg, respectively. That’s not great for this class: With two-wheel drive, the RX 350 and Mercedes-Benz GLK-Class are rated 21 mpg combined, the Q5 gets up to 23 mpg combined and the X3 gets 24 mpg. On the upside, the SRX can drink either regular gasoline or E85 ethanol blend. Most luxury SUVs in this class require premium gas.

SAFETY
The 2013 Cadillac SRX is an Insurance Institute for Highway Safety Top Safety Pick, having received the organization’s top rating of Good in front-, side- and rear-impact tests, as well as a roof-strength test. The SRX received an overall rating of five out of five stars in crash tests performed by the National Highway Traffic Safety Administration.

As is required on all new models starting with the 2012 model year, the SRX has standard antilock brakes, electronic stability control and traction control. The SRX has standard dual-stage driver and passenger front airbags, side-impact airbags for all four outboard positions and side curtain airbags that extend from the front to the rear passengers.

Safety upgrades in the 2013 Cadillac SRX are numerous — something I’m always aware of as a parent. Cadillac introduced the Driver Awareness and Drive Assist technology packages with Safety Alert Seats in the SRX this year.

The Safety Alert Seat’s vibrating seat has got to be my new favorite feature of all time. It saved my family from a rear collision during a shopping trip. We were reversing out of a parking space while singing loudly to the included satellite radio when the SRX’s cross-path detection system “saw” a vehicle speeding through the parking lot to the rear and side of my own vehicle. The Safety Alert Seat jolted a little vibration on the left driver-side of my seat, letting me know there was possible danger coming from the left. I felt the vibration, applied the brakes and checked over my shoulder, only to discover the small sedan zooming past that would have hit me had I not stopped.

The optional Safety Alert Seat jolts to alert you of potential cross-traffic front collisions, as well, and the automatic front and rear braking can intervene to completely stop the car to help avoid a collision should the driver not react and brake fast enough.

I was disappointed, however, that the seat vibration was not connected to the Cadillac SRX’s available blind spot warning system.

The outboard seat belt buckles were on stable bases and easy for the kids to use. The center belt buckle was floppy and more difficult, but we used that seat only occasionally. For families installing child-safety seats with Latch, the lower anchors in the two outboard seats are not buried too deeply, but there’s not much clearance around each of the anchors, which may cause accessibility issues for some types of child safety seats. Because the SRX’s backseat didn’t change for 2013, our 2012 Car Seat Check applies to the current model as well.

September 4, 2022
By PATRICIA BELL from SPARTA MO
Owns this car

this is absolutlly the WORSE DEADLY CAR EVER, I cant believe no recall.CRAXY....Im on disability.I replaced low beem 8 x last year. Y cant drive at night just brights.Then ticket. you have to make sure you get home way before dark,nor in rain, state of Mo. have to have low beems on or tickey.havent seen 85 per cent gran kids school.I HATE it .dONT BUY DANGEROUS.Nutts thewy arent taking care of them.Im sure there is or has been deaths.I HAVE TO GETTING ATTORNEY SOME HOW.PAYPAYMENT ON ANGER SRX

Rating breakdown (out of 5):
1 person out of 3 found this review helpful. Did you?
Show full review
2.0

For such a luxury car you need to do better better

June 9, 2022
By Angela Brewton from Statesboro, Ga
Owns this car

most comfortable car I've ever owned

February 1, 2021
By Nurse Judy from Chesapeake, Va.
Owns this car

It has plenty of room and rides smooth. The look of this vehicle is so sexy and I love it. I and surrounded by luxury.

Rating breakdown (out of 5):
24 people out of 25 found this review helpful. Did you?
Show full review
See all 90 consumer reviews 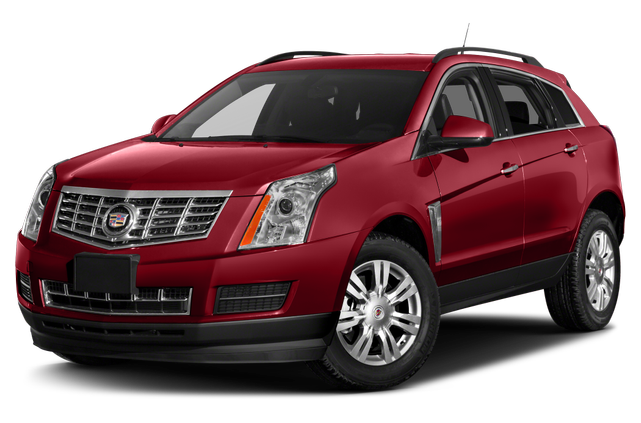 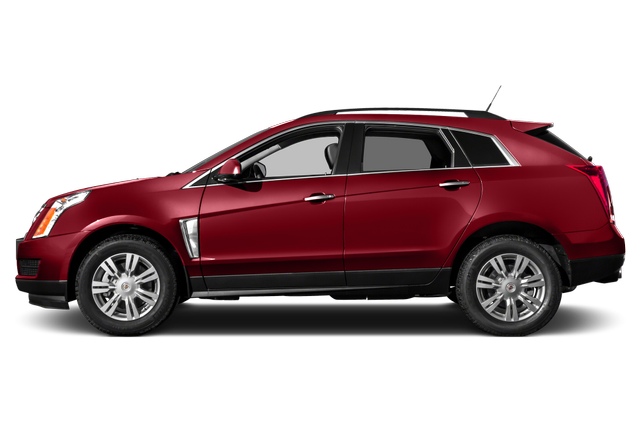 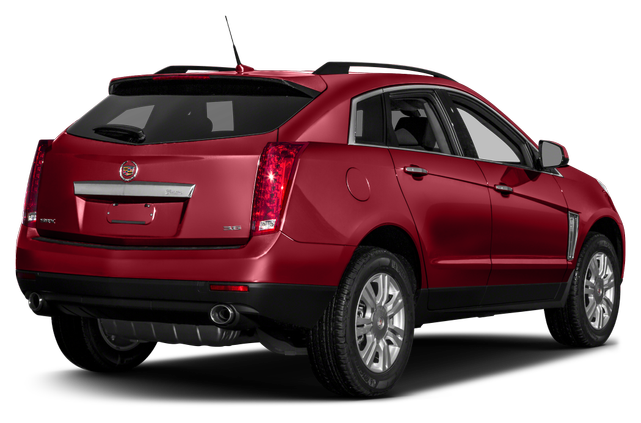 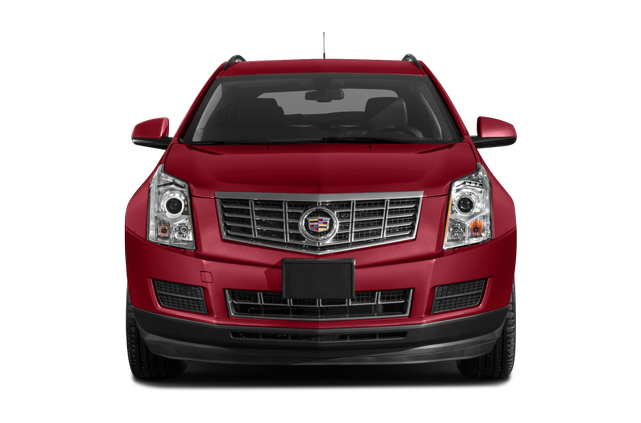 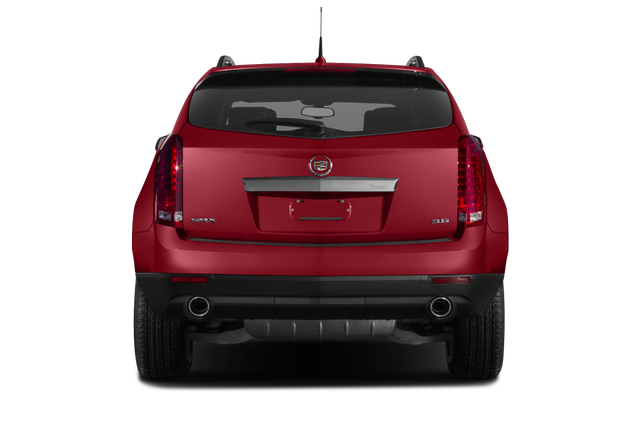 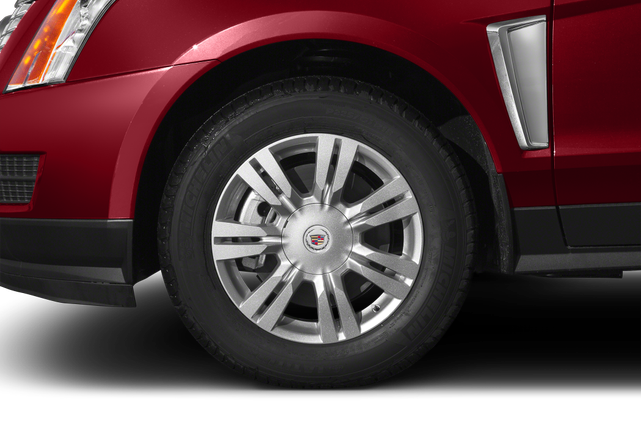 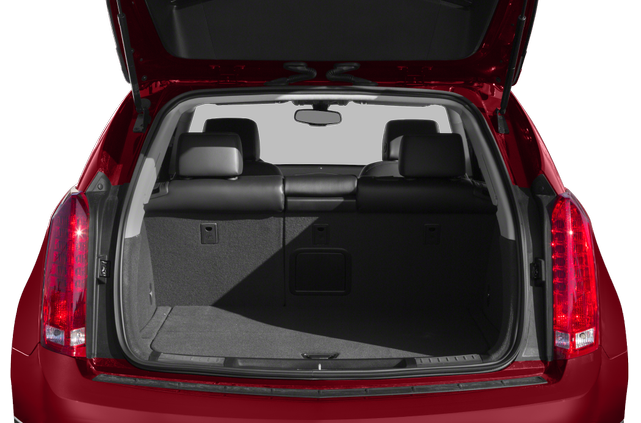 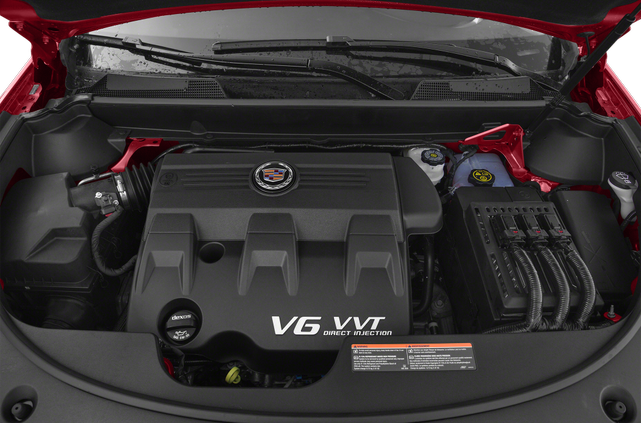 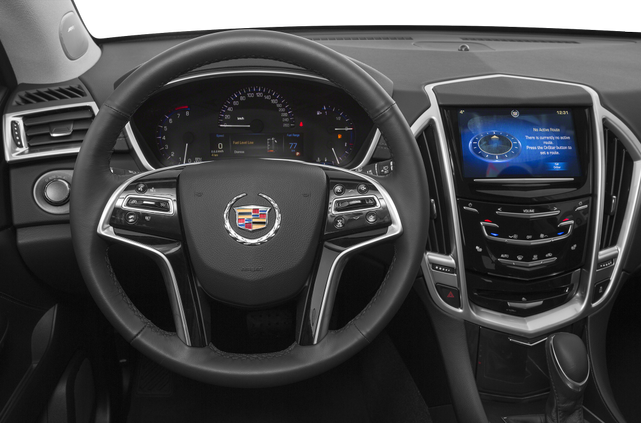 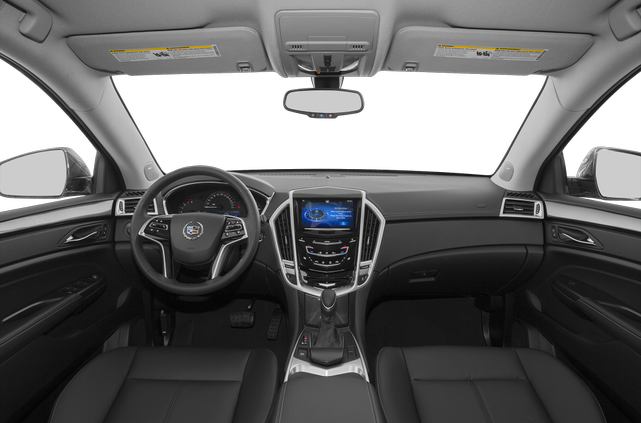 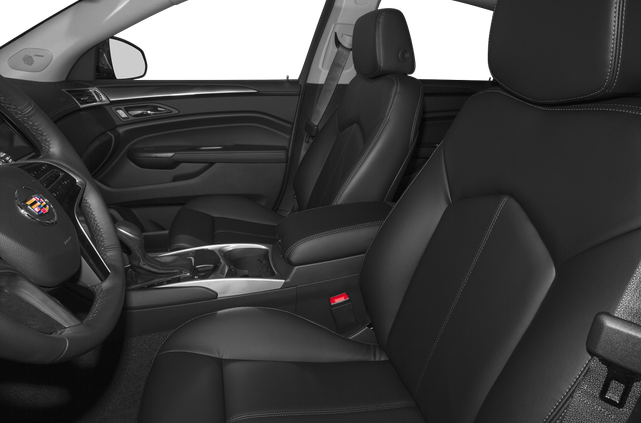 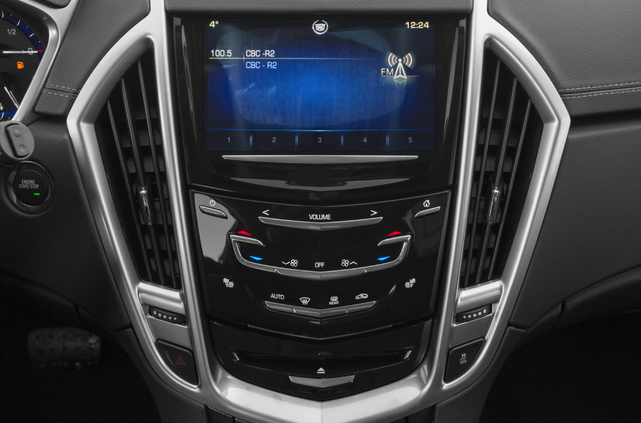 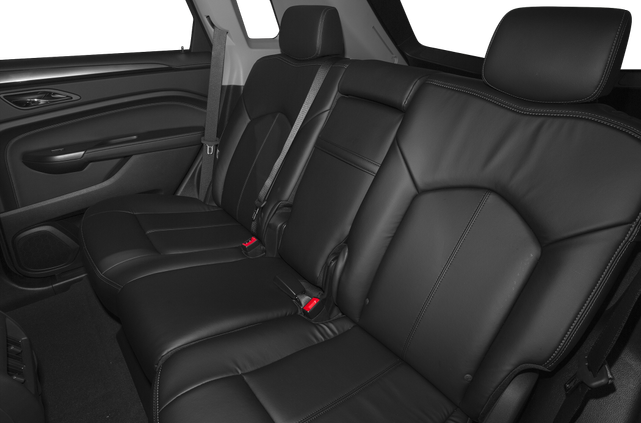 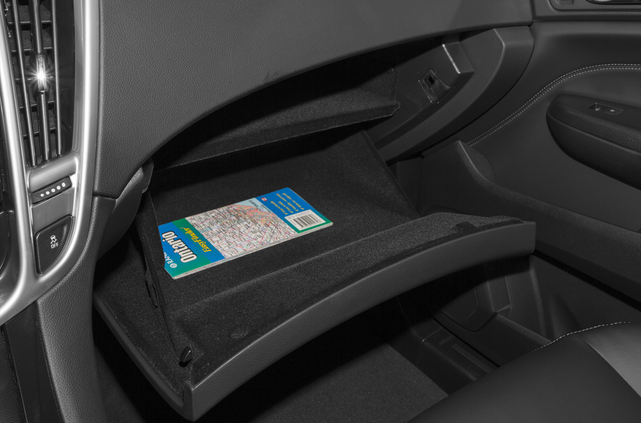 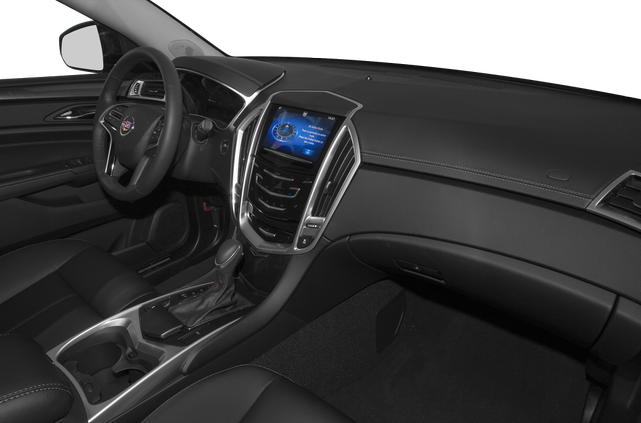 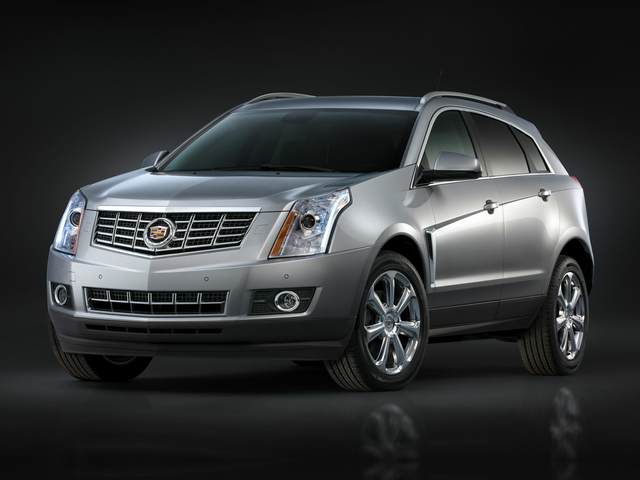 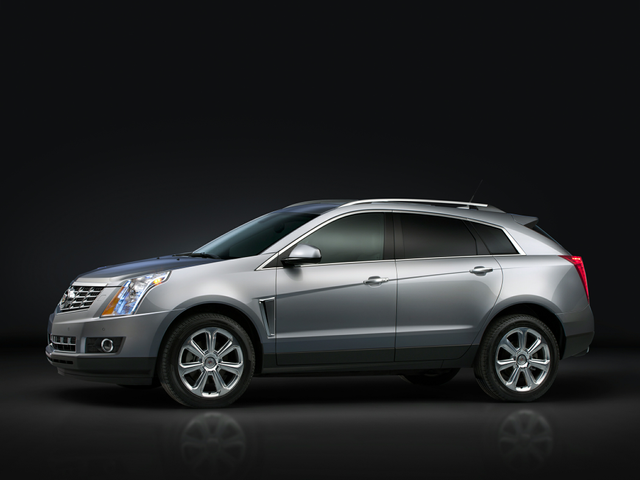 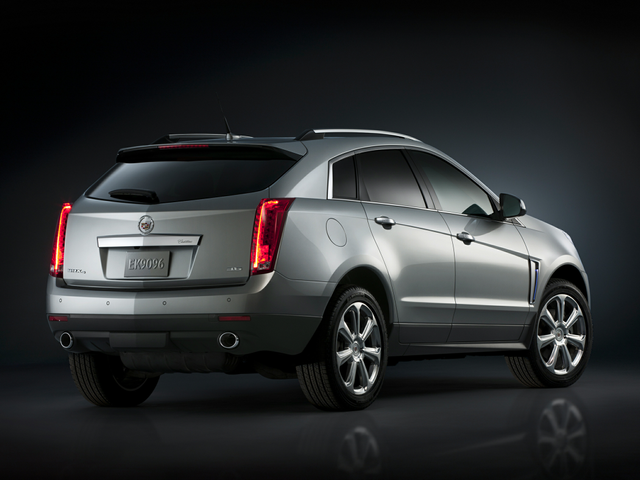 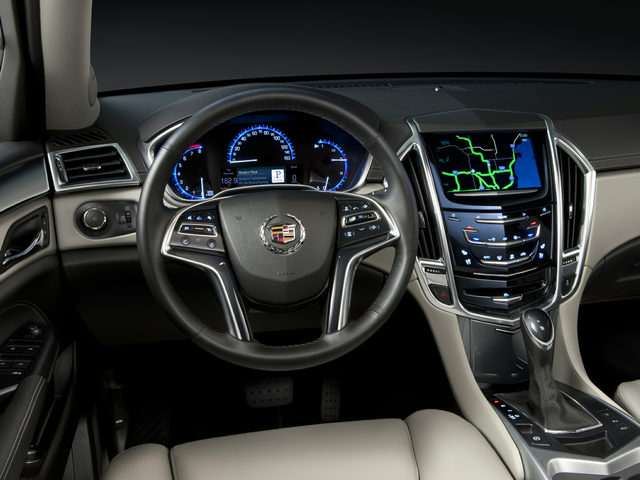 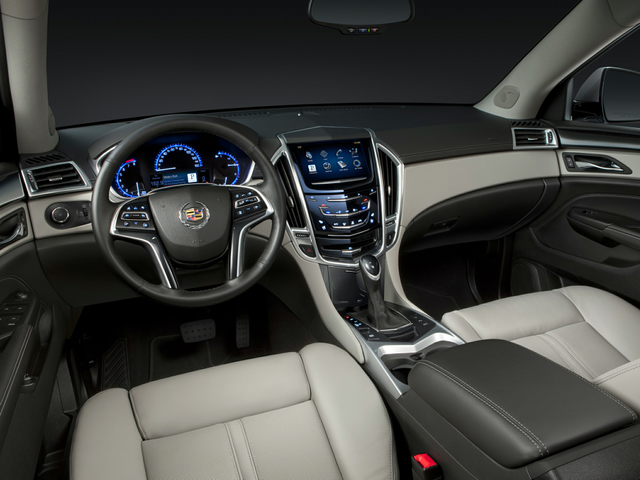