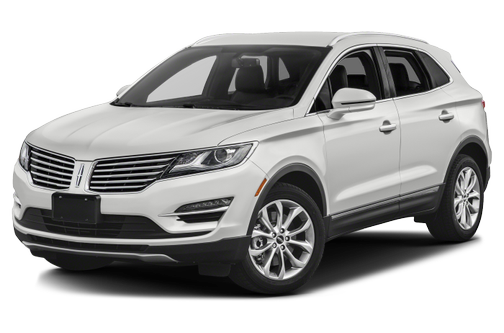 Our 2015 Lincoln MKC trim comparison will help you decide.

The 2015 Lincoln MKC approaches a German-luxury-like balance of driving dynamism and comfort, and enters the segment as a truly competitive player.

The second act in Lincoln’s modern-day reinvention is the all-new 2015 MKC compact luxury SUV, following the MKZ sedan’s 2013 redesign. At the 2013 Los Angeles Auto Show, Cars.com’s team of editors were convinced the MKC had the right attitude to jump into its extremely competitive segment with a full head of steam; we unanimously named it a “Winner” in our auto show postmortem. Now that it’s on sale, I’ve driven a round of preproduction versions.

The MKC is one of Lincoln’s best efforts in recent years, which is impressive considering the compact SUV’s well-hidden roots as a Ford Escape. The MKC is re-engineered with a wider suspension track, a unique optional 285-horsepower, turbocharged, 2.3-liter four-cylinder, and a significantly rethought interior and exterior. The MKC is up against stiff competition in the Acura RDX, Audi Q5 and BMW X3, which you can compare with the MKC here.

The MKC’s standard engine is a 240-hp, turbocharged, 2.0-liter four-cylinder engine that pairs with front- or all-wheel drive, while the optional engine comes attached only to an all-wheel-drive system. Lincoln’s trim levels are the Select and Reserve Equipment Groups that include numerous optional features above the standard Premiere. I spent most of my time driving a fully loaded 2.3-liter Reserve, though I briefly drove a 2.0-liter Reserve with all-wheel drive.

Exterior & Styling
Lincoln’s design department should get a high-five for the contemporary new look. Tight proportions, oozing style, and a mean, aggressive stance are traits that breathe fresh air into the Lincoln brand. There’s little indication the MKC is based off Ford’s Escape platform; the MKC is sleeker, has a wider body and track, and the exterior and interior are just as impressive now as they were when we first caught a glimpse of the MKC concept car — a concept to which the production version has stayed true.

Walking up to the MKC at night is a very different experience from doing so during the day, thanks to Lincoln’s standard approach detection. The SUV senses an approaching driver and creates a light show at night, as a soft glow emanates from the door handles and an LED shines the Lincoln logo onto the ground on either side of the car — think Batman’s Bat-Signal.

How It Drives
Lincoln chose a peculiar selection of pavement for our introductory drive, consisting of high-speed canyon roads with countless tight turns, dips and elevation changes. It’s the kind of road motorcycles and sports cars call home, but not small SUVs. Did I mention this is a Lincoln — a brand that doesn’t have the most sporting reputation? Yet the Lincoln MKC handled those roads with the aptitude of a sports sedan and the comfort of a much-less-athletic SUV.

The Lincoln MKC’s surprising agility is something almost all compact luxury SUVs promise; some deliver more than others. Few MKC owners will take their car on these kinds of canyon roads, but the well-balanced MKC has significantly more cornering grip and handling confidence than you’d expect from a Lincoln SUV.

Best of all, everyday ride quality is still luxury-like, even with the MKC’s surprising dynamics. That combination is rare, as many SUVs veer one way or the other — though BMW has always done a superb job combining both traits, as does Audi’s high-performance SQ5. All-wheel-drive MKCs use Lincoln’s automatically controlled adaptive-damping suspension to adjust shock absorber firmness on the fly, and it works to a big extent. The SUV hunkers down in Sport mode and reduces body motion to almost nil compared with the comfy, isolated default mode.

Both available engines use a six-speed automatic transmission with steering-wheel paddles for manual shifting. The 2.3-liter engine is not offered on the Ford Escape, and while its power is good, I wouldn’t call it particularly fun or a huge upgrade, considering the 2.0-liter offers similar punch with 240 hp. The missing 45 horsepower doesn’t change the experience much, as the 2.0-liter isn’t any less refined or undesirable as an engine; both engines are whisper quiet. Lincoln’s power ratings are measured using premium fuel; regular can be used but won’t return the same power. For my money, I’d stick with the MKC’s 2.0-liter. Choosing the smaller engine doesn’t limit the MKC’s tech and feature availability, and the performance drop-off won’t be noticeable to most.

The 2.3-liter is offered only with the Select and Reserve, which puts its premium at more than $4,000 versus a base, 2.0-liter, AWD Premium. Being paired only with AWD, it also has the worst fuel economy of the bunch, at an estimated 18/26/21 mpg city/highway/combined. A front-wheel-drive 2.0-liter is rated 20/29/23 mpg, and with AWD that engine is rated 19/26/22 mpg. The MKC’s mileage is on par with other gasoline-powered SUVs in the segment, like the 273-hp, V-6-powered RDX, which has combined ratings of 23 and 22 mpg for FWD and AWD models, respectively. BMW’s and Audi’s mileages are similar for their turbocharged gasoline engines, though both offer higher-mileage diesel variants and higher-performance six-cylinders.

Interior
The interior is luxurious, competitive and a significantly different overall experience from what some may think of as a prettied-up Escape. Active noise cancellation and acoustic glass are a couple of ways Lincoln successfully suppresses unwanted noises. There’s a slight whistle of wind noise at highway speeds, though the excellent optional THX sound system can drown that out with ease.

The Lincoln MKC looks as good as it does without much sacrifice to interior room. Up front, the experience is all comfort, with supple, wide seating. Aggressive rooflines have potential to cut into rear headroom, but I sat comfortably in the backseat’s 38.7 inches of headroom; an Escape has 39 inches in the back. The Lincoln MKC’s overall passenger volume of 98 cubic feet mirrors the Escape’s, and is a few cubic feet short of the RDX’s 103 cubic feet and the Q5’s 101 cubic feet of passenger volume.

Standard seating surfaces are imitation leather-trimmed upholstery called Lincoln Soft-Touch and include front heated seats standard. I spent my time in the optional leather seats — Bridge of Weir Fine Scottish leather, to be exact — and didn’t find anything too opulent about the more-expensive seating surface, but I wasn’t exposed to the standard Lincoln Soft-Touch seating surface for comparison. The leather is included into the Select ($37,225) and Reserve ($40,930) trims. The Premiere also adds ambient lighting, a leather-wrapped steering wheel, 18-inch wheels, a cargo cover and auto-folding side mirrors. The Reserve adds cooled front seats, a panoramic moonroof, navigation, blind-spot monitoring, a hands-free liftgate and more.

A highlight of the interior is the open-pore wood trim on Select and Reserve trims, an increasingly popular style of interior trim with little dimples that give a more authentic wood appearance. The standard aluminum trim is the real deal as well.

Lincoln carries over a push-button gear selector from the MKZ. It’s there to free up space on the center console, and dares to be different. I, however, prefer the grab and go feel of a traditional shifter and don’t see anything groundbreaking about how the freed-up center console space is used. A small cubby houses two USB ports and two cupholders — a space usually found in other luxury SUVs that use a console shifter.

If you buy one, what won’t be skyrocketing is your blood pressure while using Lincoln’s 8-inch MyLincoln touch-screen system, a derivative of the maligned MyFord Touch. Lincoln and Ford have retooled their formerly touch-sensitive panel and touch-screen-reliant systems to use many more mechanical dials and buttons in the MKC. The end result is a significantly improved technology experience, though the quadrant-based interface is still frustrating when you do have to use the touch-screen.

Cargo & Storage
Out back, the Lincoln’s rear wraparound liftgate is one of the luxury ute’s differentiating styling cues. Different doesn’t always mean good, and the way the liftgate cuts into the side profile will be a look for buyers to decide if they love or hate. I drove preproduction versions in which the body gaps at the liftgate weren’t very consistent among the SUVs; production models might have more seamless integration.

Safety
The 2015 Lincoln MKC had not been crash-tested at the time of writing. Buyers can stuff an MKC full of optional driving aids like a lane-keeping system that detects when the SUV is drifting and nudges the steering to keep it in its lane; a forward collision warning that alerts drivers to approaching objects; and a blind spot monitoring system with rear cross-traffic alert. A backup camera is standard. Click here for more safety features.

Value in Its Class
The Lincoln MKC is a well-rounded luxury car with athletic looks and a driving experience to match, along with all the luxury goods buyers expect in the segment. Lincoln sold roughly 600 MKCs per month during its first two months on sale, May and June 2014. Cars.com’s national inventory is quickly populating with MKCs, and most run from $40,000-$45,000, a price range in which the MKC should be a serious consideration. If you get greedy with the options — which you don’t need to do in order to get the Lincoln MKC’s best experience — you may be struck with sticker shock, as I know I was when looking at the pricing sheet of the loaded $50,000 test cars I drove.

After 117,000 I need the transmission replaced. The car has been in for repairs frequently and for weeks on end leaving me to scramble for transportation.

I have had no issues at all since I bought it.

This car has met all my needs has a great ride and it picks up quickly especially when passing which is my fear when I am in a 2 lane highway and a car might hit me head on if I do not pass quickly.

She is just my kind of car

Rating breakdown (out of 5):
2 people out of 2 found this review helpful. Did you?
Show full review
See all 101 consumer reviews

All model years for the Lincoln MKC 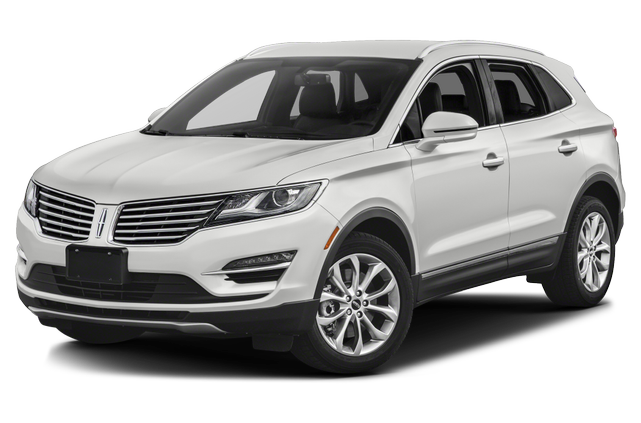 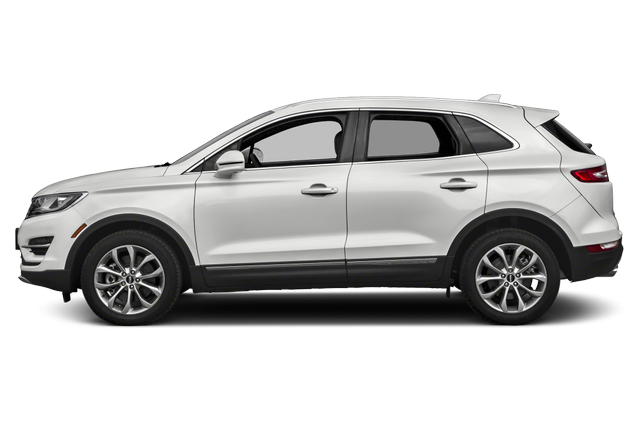 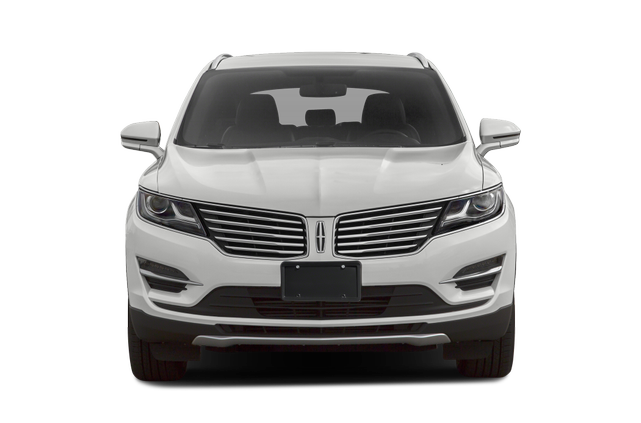 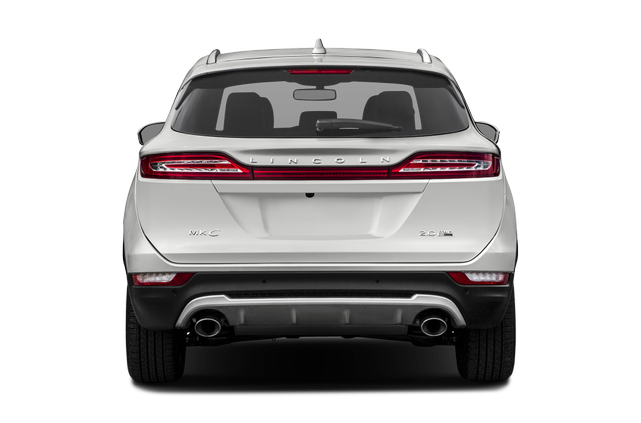 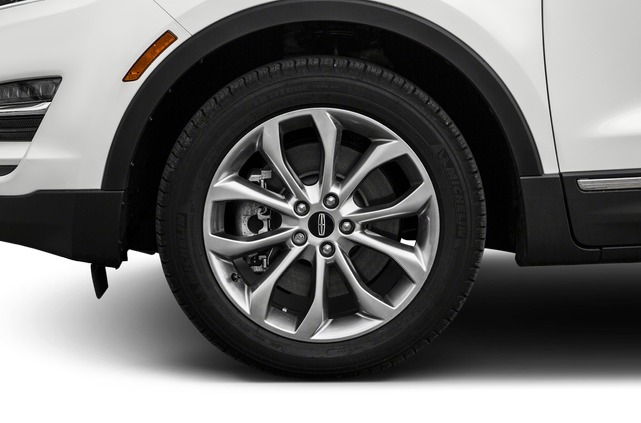 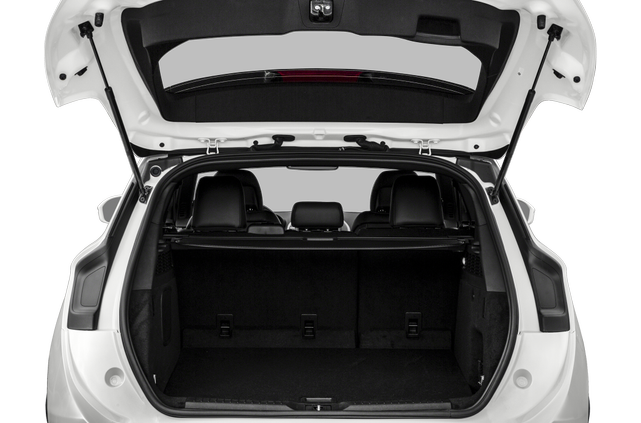 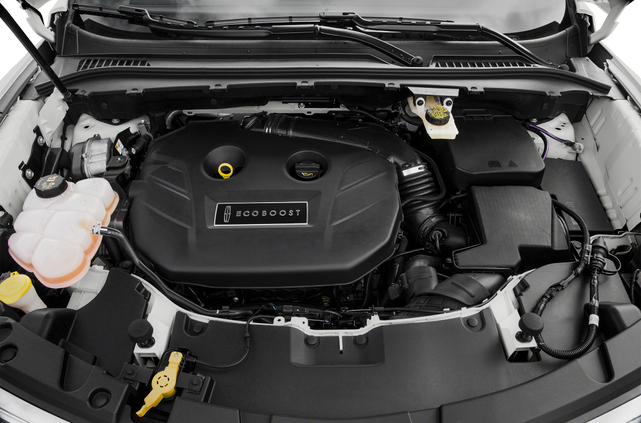 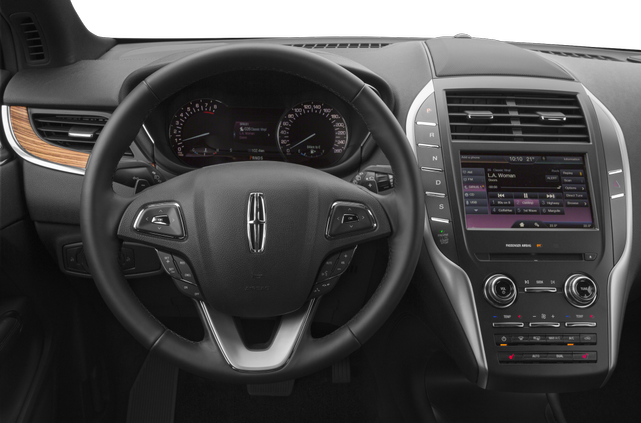 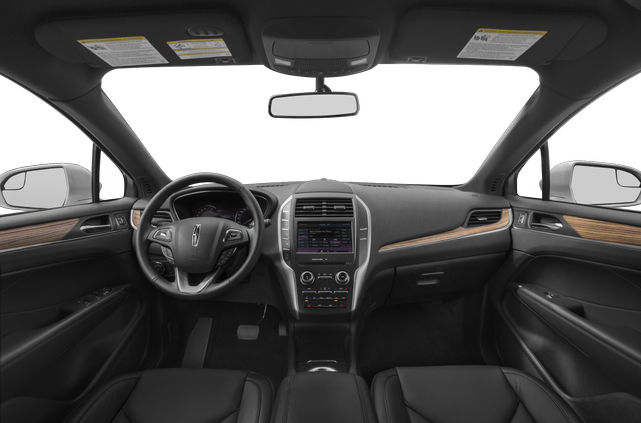 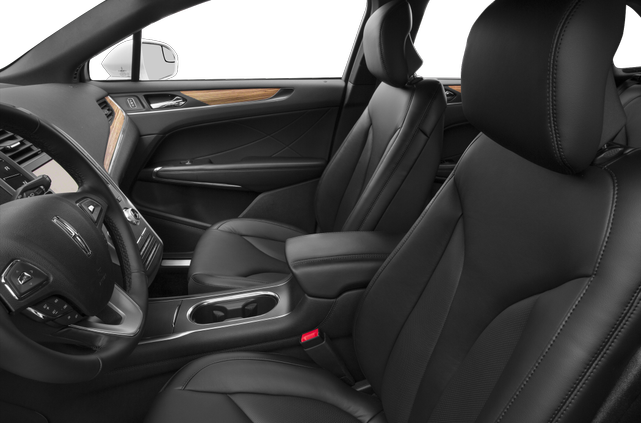 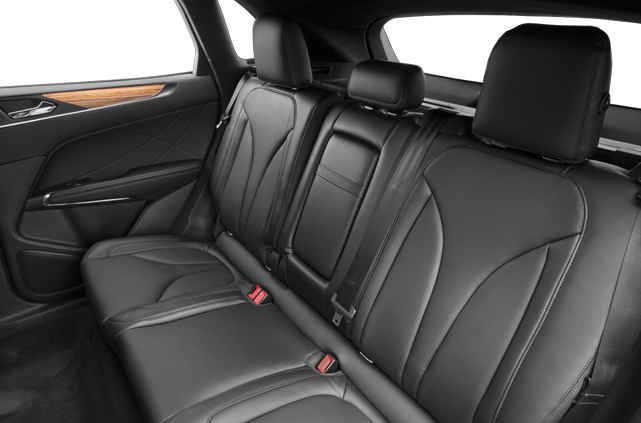 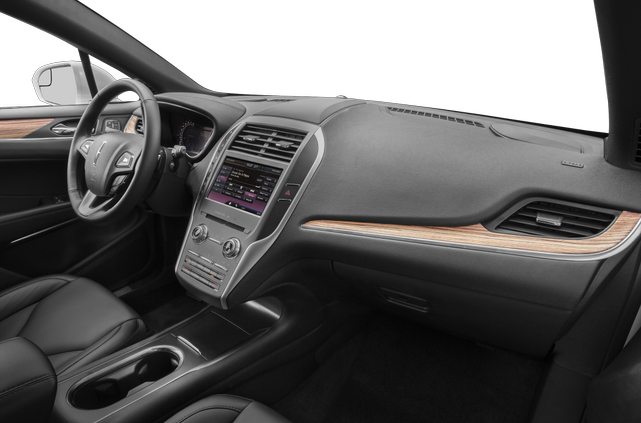 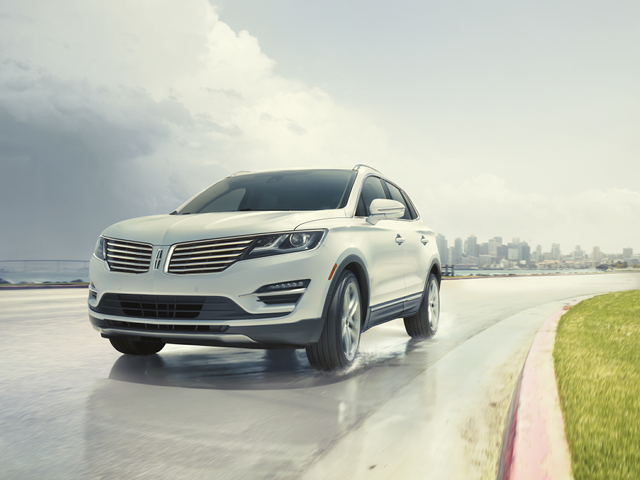 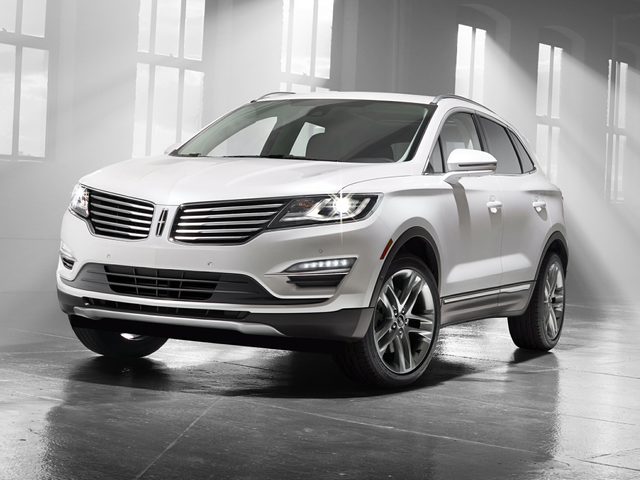 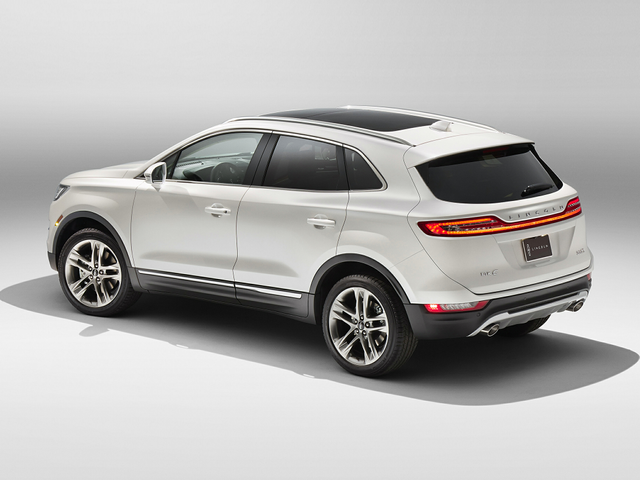 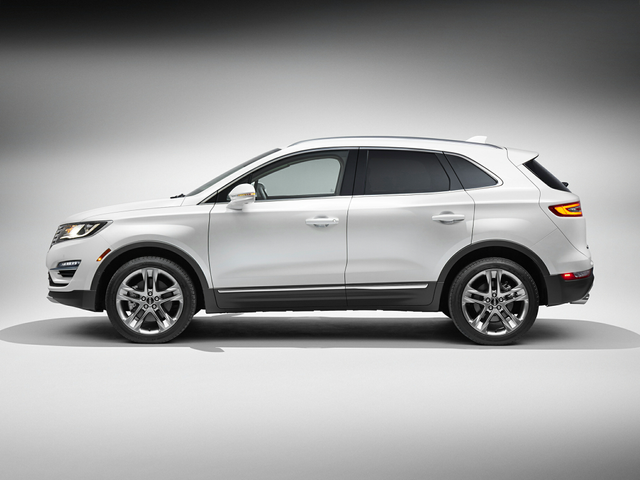 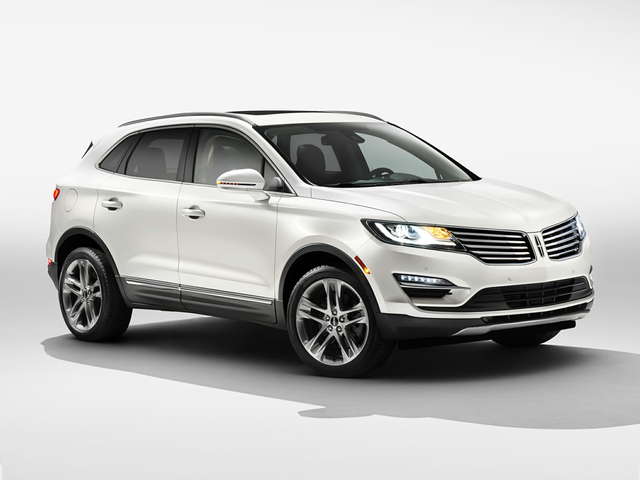 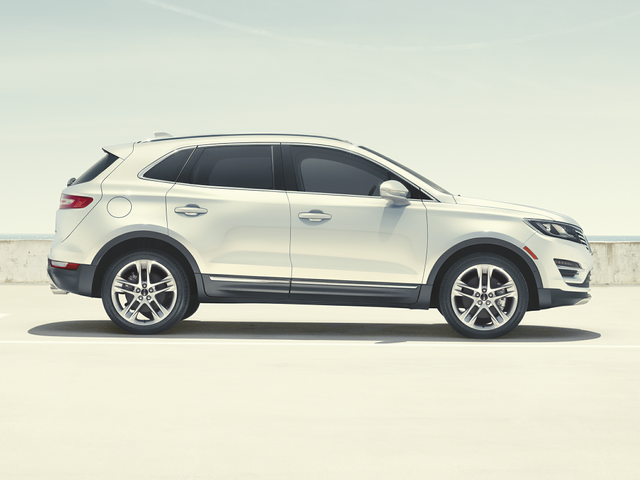 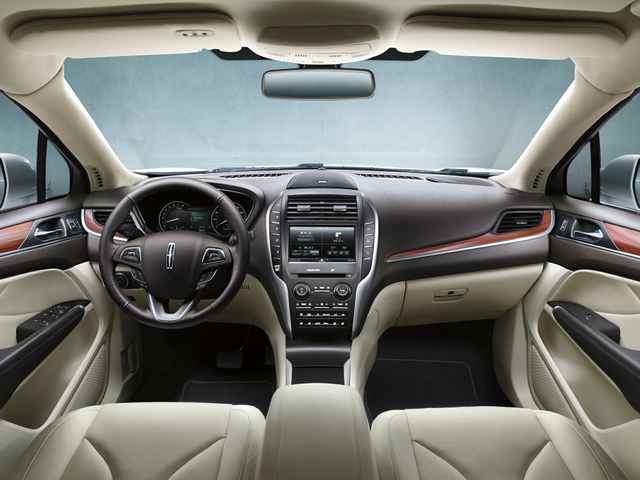