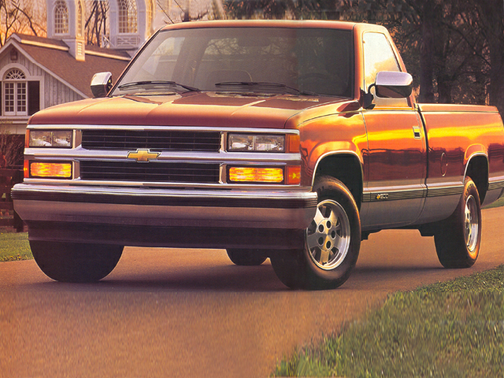 Our 1994 Chevrolet 1500 trim comparison will help you decide.

The problem with a diesel-powered truck is the commotion from the engine. Sometimes it sounds as if you just wandered onto the range during happy hour at the annual NRA convention.

A while back we ventured out in a 1994 Dodge Ram pickup with a 5.9-liter, 175-horsepower, six-cylinder diesel. At idle it sounded as if someone was dropping boulders into a metal drum.

So, when Chevrolet offered to park its diesel pickup in the driveway, we accepted with a bit of concern-and a wad of cotton in each ear to cope with the noise.

Yet when the 1994 Chevy Fleetside four-wheel-drive, extended-cab pickup arrived-with a 6.5-liter, 155-horsepower V-8 diesel, we quickly found that theconcern over diesel racket was unfounded.

The Fleetside’s V-8 was much quieter than the Ram’s six, with the sound more like pea gravel, rather than boulders, being dropped in a metal drum.

Once up to cruising speed the diesel quieted even more, as if sand was being poured into that drum.

Inside the passenger cabin when traveling at highway speeds, you’d be hard-pressed to tell whether it is a diesel or gas engine under the hood. About the only telltale clue is that the fuel gauge doesn’t move often or far with the diesel.

When we pulled up to the pump to refuel, however, diesel was 18 cents a gallon more expensive than gas. At least with diesel you get more miles of travel between pit stops. The Fleetside diesel is rated at 15 m.p.g. city/19 highway with four-wheel drive, which compares with a 13/17 rating with the 5.7-liter V-8 in the comparable gas-powered four-wheel-drive truck.

Like the Ram, the Fleetside comes with anti-lock brakes, or ABS, but unlikethe Ram, you can only get rear-wheel ABS and not four-wheel. Also, there’s no air bag in the Chevrolet, which won’t have one until the 1995 model year. Ram has one now.

While the Ram is a fine truck-except when equipped with a diesel engine-theChevy pickup boasts a major benefit over the Dodge. The Fleetside has a 3-inchlower step-in height than the Ram, which stands high to foster the bold, macho, big-rig look. The Chevy has easier step-in and slip-out capability.

Our test truck was an extended-cab version, which meant room behind the front seat to hold a few kids or several bags of groceries without having to stack them in the rear cargo bed. (The groceries, not the kids. Kids never should be carted in the open back. Cats, yes, but not kids.)

However, the truck didn’t have power outside mirrors. In such a wide vehicle you need power mirrors, because there’s no way to reach the passenger mirror from the driver’s seat unless you stop and pull over to the shoulder ofthe road.

A change that needs to be made is in the power window and power door-lock controls. The buttons are next to each other and are roughly the same size. Inthe dark you may think you’re lowering the window but end up unlocking the door. Chevy needs to redesign the size and shape of these buttons or relocate one to avoid the confusion.

The Fleetside started at $18,179. Options such as automatic transmission at$890 and the diesel engine package at $3,670, which includes the engine and twin batteries, block heater and five-year/100,000-mile warranty coverage, brought the sticker to $25,881. Add $600 for freight.

Let the designers have their way and you turn a workhorse into a showpiece,which is what Chevy did in transforming its full-size pickup into the Sportside Edition.

Basically you take the regular cab (or extended), add a short bed (or a long bed), flare the rear wheel wells, add side steps, color the bumpers and grille the same as the body, and you have a pickup in which it should be illegal to haul a bale of hay. Base price: $14,690. Caution: You’ll want the sport handling package at $1,065 to complement the power of the 5.7-liter, V-8($845) and the ease of driving with the 4-speed automatic ($890), which means add at least $2,700 in options (rear-wheel ABS standard), plus $113 more for asliding rear window. Perhaps pick ’em up refers to what you need to do to yourjaw after you’ve seen the sticker.

This truck won’t let you down, it is hands down the most dependable truck ever built. It’s easy to fix, fast, tough, and just all around reliable.

Rating breakdown (out of 5):
5 people out of 5 found this review helpful. Did you?
Show full review
2.9

It was advertised as in near perfect condition. In the six weeks we have had it the headliner, which was not glued in, has fallen out; we have had to replace the condenser, compressor, evaporator, and all lines for the air conditioner (didn’t work from the start); the headlights were incorrect and therefore were loose, grill was broken, the grill was cracked, and there are marks in the paint that was most likely done by the dealer’s mechanics because these “chemical splash marks” were not there in the pictures provided (salesman said there was small clear coat pealing but these marks are down to the metal). Being a used car I did not expect perfection but I did expect honesty.

Rating breakdown (out of 5):
8 people out of 12 found this review helpful. Did you?
Show full review
See all 17 consumer reviews 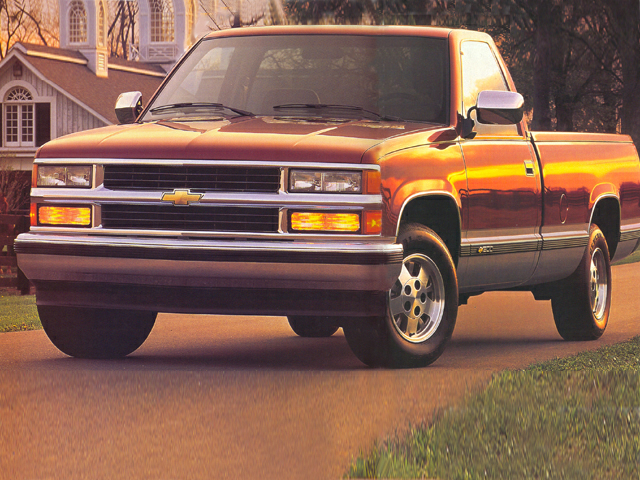