Our 1997 Chevrolet Cavalier trim comparison will help you decide.

With hot new roadsters from Mercedes, BMW, Porsche and Jaguar generating many of the headlines in the 1997 model year, convertibles are once again hot items.

And what if you need a car that is more practical than a cramped sports car?

You could get a car such as a Mitsubishi Eclipse, Toyota Celica or Ford Mustang for about $25,000.

But none of those cars can match the outstanding value found in the Chevrolet Cavalier convertible. For under $20,000, the Cavalier LS comes with a long list of safety features and plenty of accessories.

The 2.4-liter, twin-cam, four-cylinder engine that came in our white test car is a $395 option I recommend. The standard 2.2-liter engine runs smooth enough, but you’ll appreciate the extra 30 horsepower the 2.4-liter kicks out. Because the convertible weighs 221 pounds more than the standard hardtop it is derived from, the bigger engine gives the Cavalier good all-round performance in the city and on the highway.

GM engineers tuned the 150-horsepower, 2.4-liter engine to deliver most of its power under 5,000 rpm. That means you don’t have to rev the daylights out of the engine to go fast.

I found the 2.4-liter to be a quiet, smooth-running engine under most driving conditions. If you rev it high, you’ll hear the engine wind up, but the sounds emanating from under the hood are sporty, not raucous.

Our test car’s five-speed manual made the Cavalier fun to drive. Many Central Florida motorists don’t like stick shifts because of the area’s gnarly traffic jams.

Working the clutch and shifter every day in Interstate 4 commutes can be a bothersome affair, but the Cavalier is easy to shift. And because the engine delivers the power at low speeds, you don’t need to shift as often. The clutch pedal is smooth and takes little pressure to depress, and the shifter moves firmly into each gear. A four-speed automatic transmission is a $795 option.

Despite its sporty drivetrain, the Cavalier is not a sports car. Instead, it is a sensible economy car with sporty attributes.

The independent front and tubular twist beam rear suspension enables the Cavalier to corner effortlessly when driven sanely. The suspension is semi-firm but tuned more for a quiet, compliant and comfortable ride than it is for aggressive driving.

All Cavaliers come standard with power-assisted anti-lock front disc/rear drum brakes and power-assisted rack-and-pinion steering. The brakes are excellent. When I stepped on the pedal hard, the front of the car did not nosedive, as is sometimes the case in economy cars. The Cavalier stops quickly and remains easy to control during maximum braking.

I particularly like the steering system. The wheel takes just the right amount of energy to turn. It helps give the car a very solid, well-made feel.

Our test car turned in a respectable 29 mpg in combined city/highway driving using the air conditioner.

The Cavalier has been one of GM’s best-selling cars since it was redesigned in 1995.

I would say the car’s strong value, high-quality, bulletproof engineering and the use of top-rate materials are the biggest reasons for the surge in popularity.

Although it may not be best in class in handling or acceleration, the Cavalier does all things well and really doesn’t have a weak point.

I found the driver’s bucket seat to be comfortable during long stretches behind the wheel, and there was plenty of foot, leg and head room. The rear is tolerable for two average-sized adults but is better suited for children.

The power-operated top is simple to raise and lower. All you do is pull back a latch in the center of the windshield frame (the electric switch for the top is built into the latch), and the top drops behind the rear seats. Push it forward and the to raises into place.

Visibility is excellent with the top down and about average with it up. Cavalier has only one rear window. Some convertible tops have two small side windows that aid visibility. The convertible top, by the way, has a glass – not plastic ?rear window with a built-in electric defroster. That is an uncommon feature on a sub-$20,000 convertible.

Trunk room is a bit tight because of the space the convertible top mechanism takes up, but the trunk still can hold several bags of groceries.

Chevrolet designed an easy-to-use, sensible interior. Rotary controls in the center of the dash operate the air conditioner, and the radio’s buttons are large and easy to use. The controls for the lights and cruise control are on the steering column-mounted stalks.

As with many convertibles, you’ll notice considerable flex in the cowl – the area in front of the windshield – when you drive over bumps (without a metal roof, most convertible cars aren’t as sturdy as hardtops). Still, I heard no squeaks or rattles.

All in all, the fun-to-drive Cavalier convertible is a terrific car for the money.

Truett’s tip: The Cavalier LS convertible is a well-built, fun-to-drive ragtop that offers plenty of equipment and solid value.

Best car I ever had & hope they remake it soon

March 29, 2019
By LCollingwood from Massillon, OH
Used to own this car

I loved this car, it was the right size car for me and never had any problems with it. I wish they never stopped making it.

Rating breakdown (out of 5):
0 people out of 1 found this review helpful. Did you?
Show full review
1.3

car was spraying fuel onto the intake manifold, so much that it would puddle there. probably not safe. started noticing it after 3 days of driving, they wouldnt even look at it without charging me for it.

Rating breakdown (out of 5):
0 people out of 3 found this review helpful. Did you?
Show full review
See all 20 consumer reviews 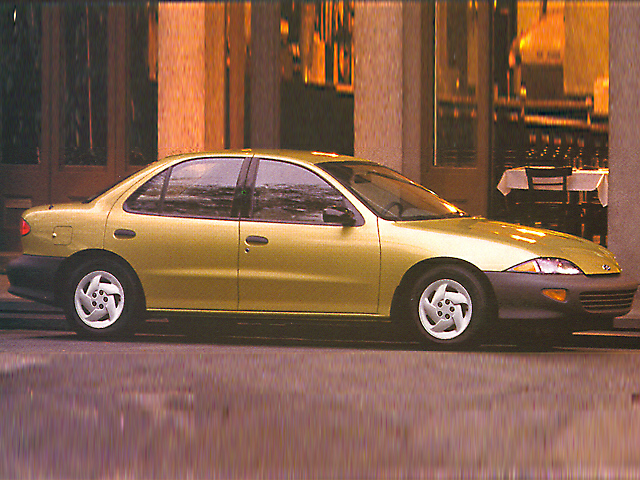 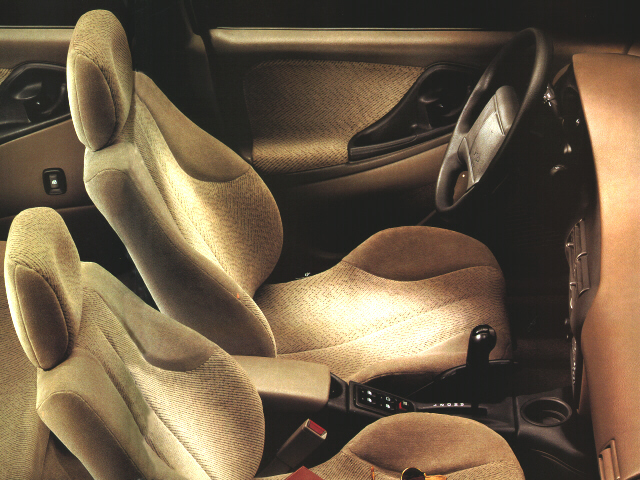