Our 1998 Chevrolet Lumina trim comparison will help you decide.

The demise of the Impala SS means that there is no longer a hot rod sedan in Chevy’s lineup, but the Lumina LTZ does its best to take the place of that loved and lamented four door.

The Lumina has made its mark as an affordable, competent family car that represents solid value without a lot of flash. The LTZ package adds some sizzle to the standard model with a bigger engine, alloy wheels, trunk lid spoiler and subtle badging. Even at that it retains an understated demeanor that many will find appealing.

To create the LTZ, Chevrolet added different front and rear fascias, tightened up the suspension, put on aluminum wheels and slipped the 3800 Series II V6 under its hood. This engine’s 200 horsepower isn’t nearly as entertaining as the big V8 was in the Impala, but it energizes the Lumina and presents a family-oriented alternative to imported sports sedans that are often more costly.

This 3.8-liter engine, which is used in a wide variety of General Motors vehicles, lacks the sophistication of overhead cams or four valves per cylinder, but it has been updated frequently and is one of the more satisfying engines in GM’s stable. It revs smoothly, in part because various accessories are now mounted directly to the engine block to squelch vibration.

Ward’s Auto World has named the 3800 Series II engine as one of the 10 best for the third consecutive year.

The LTZ’s firmer suspension provides a tighter ride than normal, but it is still soft enough to be comfortable in daily city driving. The 16-inch Goodyear Eagle RS-A tires grip the pavement tenaciously and turn into corners eagerly. In many ways the LTZ is the civilian version of the police-package Lumina.

Inside, wide bucket seats await front-seat occupants. They are divided by a console that has a molded-in cupholder and a large storage compartment. The seats are supportive without being confining, and the leather upholstery in the test car was a welcome addition.

Instrumentation consists of large, simple dials with white numerals and orange needles. The dual-zone climate control has rotary switches that sit high in the dash. The combination radio and CD player has wide, flat buttons that are among the best in Chevy’s inventory.

Most all of the secondary controls are easy to reach, including steering-wheel buttons for radio.

The back seat is nicely sized, and, true to the Lumina’s family orientation, an integrated child safety seat is optional. In addition, there are child safety door locks, child seatbelt guides and a rear-window lockout feature so little ones can’t pinch their fingers.

The perfect option for a family car is the OnStar system, available this year for the first time outside of the Cadillac line. OnStar combines a cellular phone with a Global Positioning System (GPS) that uses satellite technology to keep track of the vehicle’s location. The OnStar center is staffed 24 hours a day by operators who can provid e route information, dispatch help in case of emergency and even unlock the car’s doors should the keys get locked inside.

OnStar also automatically notifies the center immediately in case of an airbag deployment so emergency services can be dispatched to the aid of the vehicle’s passengers.

And, should the vehicle get stolen, OnStar can track its whereabouts to aid in its recovery by authorities.

Our test car was not so equipped, but my experience with the system in other vehicles shows it to be fantastic.

The Lumina has earned a reputation as a well-equipped family sedan that goes about its business without a lot of frills. It is styled conservatively and priced conservatively. For 1998 the LTZ package adds a lot more sizzle without breaking the bank.

Point: The Lumina has earned its stripes as a well-equipped, reasonably priced family sedan that does its job without complaint. The LTZ package adds pizzazz through the addition of the 3.8-liter V6 and a tighter suspension.

Counterpoint: Even though the ride has been tightened up, it still doesn’t respond with the agility of some of its competitors.

One of the best cars l have ever owned

This car was one of the nicest cars l have ever owned great for comfort and mileage put close to 300k miles on! If looking for a nice Lumina and can find one with lower miles buy it!

I love my '97 Lumina! I needed a 2nd car, then found out a friend was about to junk his. Excellent comfort, nothing wrong with it! No a/c, who cares, everything else works. Fun to drive. It has over 120,000 miles. 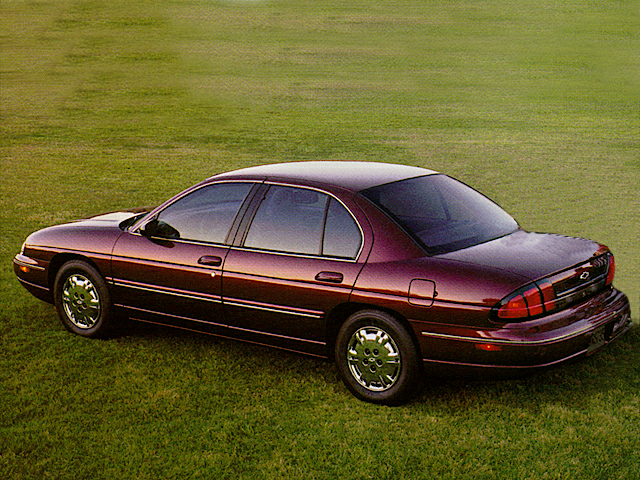 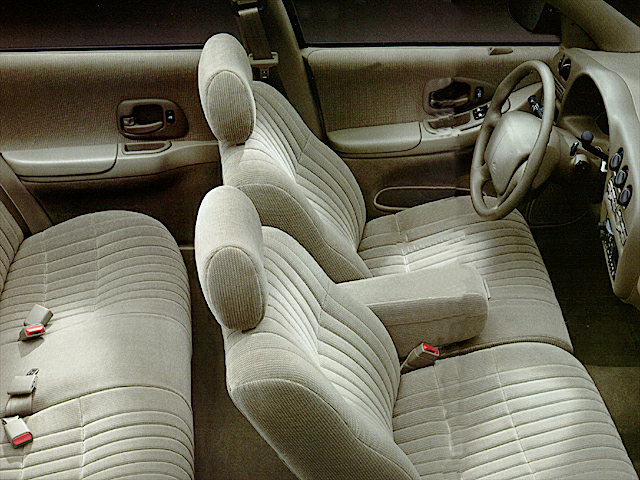